Treasures from Worcestershire’s Past: ~17~ a LiDAR image of the 17th century coal mines, Cliff Wood, Wyre Forest near Pound Green

This week’s Treasure has been chosen by Adam Mindykowski, Historic Environment Countryside Advisor. Here Adam explains how using the LiDAR technique during surveying can bring historic features to life on our modern landscape:

In 2007 an archaeological landscape survey of the Wyre Forest was commissioned as part of the Heritage Lottery Funded Grow With Wyre project. The first stage of the survey employed a technique called LiDAR (Light Detection And Ranging). The technique uses lasers projected from an aircraft flying in a systematic pattern across the survey area. The lasers are reflected back to the aircraft and recorded by computer as millions of points that measure location and height. The points record the surface of the land in high detail providing a 3D model of the landscape. The objective in Wyre was to try and reveal surface archaeology: earthworks from ancient settlements; fields and woodland industry in advance of detailed survey work to be carried out by volunteers. One of the first areas to be studied was the site of 17th century coal mining in Cliff Wood, which is situated just to the south of Pound Green. 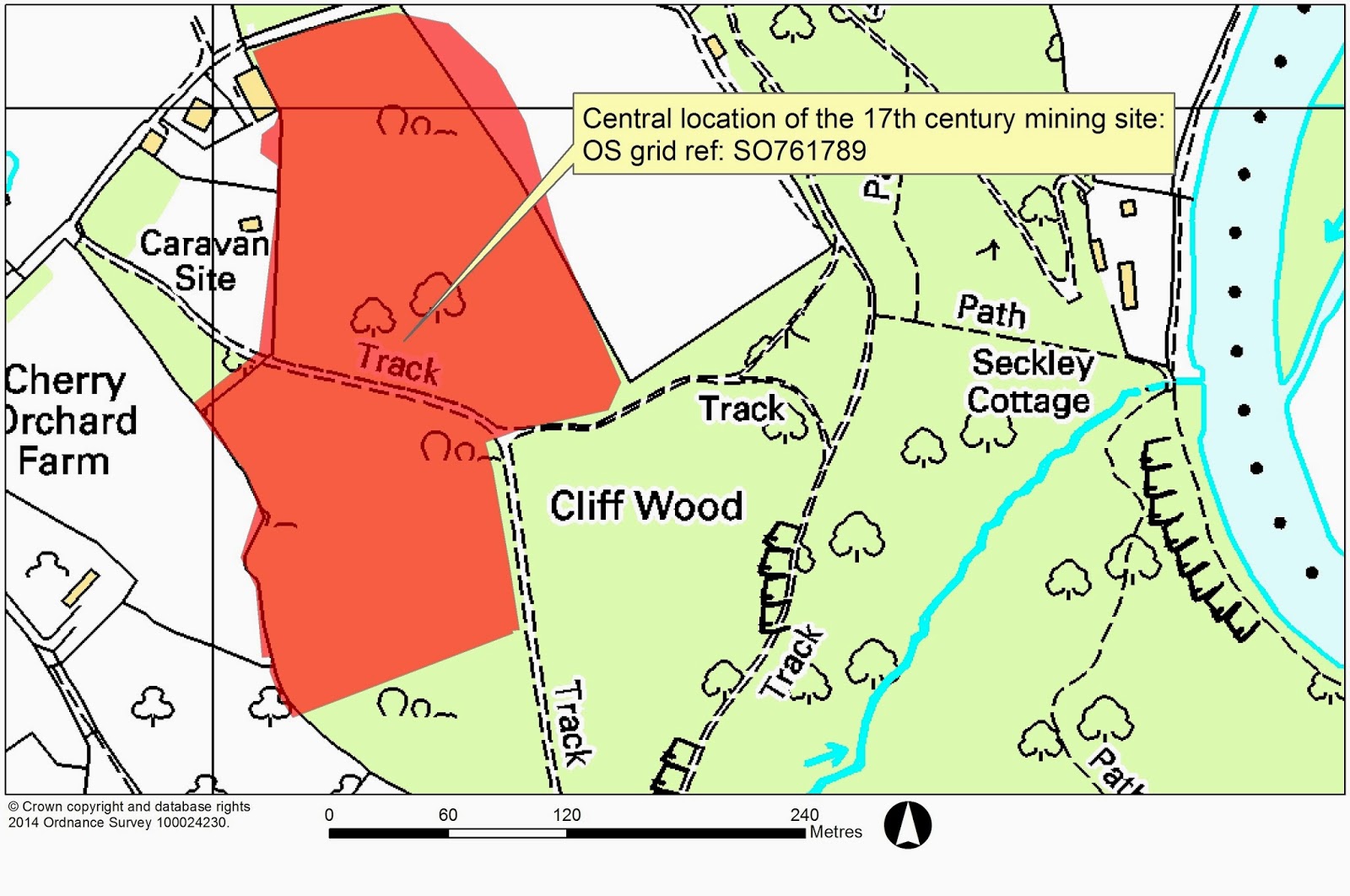 The site is important because it dates from just before the start of The Industrial Revolution, but is possibly the first coal mining operation that was undertaken at an industrial scale within the mid-Severn Valley area. Mining began at Woodseaves, a site just to the north of Cliff Wood in 1608. In 1613 mines were leased to John Slancy and Percy Willoughby, and a railway was laid to carry coal towards a steep incline down to Severn. The lease ended in legal action in 1615, but mining continued until around 1625 (Worcestershire HER site record, Poyner 1996). The mines made a substantial impact on the local landscape despite the short period of operation.

Although the site was known prior to the LiDAR survey, it had never been fully visible because of its location under mature woodland. LiDAR records the tree canopy as can be seen in the image below. Most of the mine remains are under the trees hidden from view. 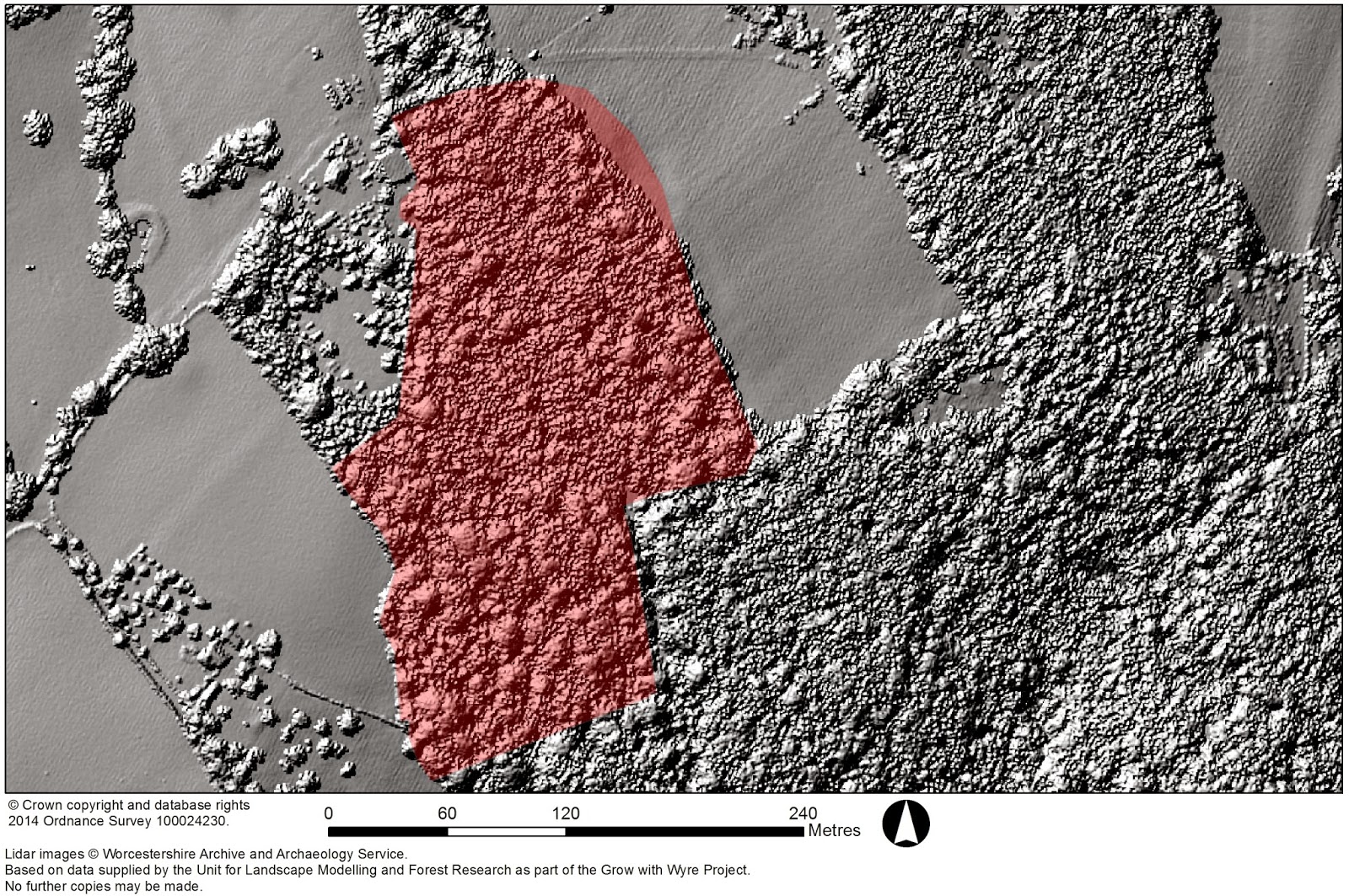 The power and value of LiDAR quickly becomes apparent in the next image. Here, computer software has processed the LiDAR data to remove the tree cover revealing the woodland floor and, cruitally, evidence of the mine workings. The image shows the complex nature and scale of operations to good effect. Mine shafts are visible as lines of circles. This was created by the bank of soil around each shaft being removed to access the coal measure beneath. The systematic approach has left a large field of earthworks connected by braided, sinuous tracks that lead ultimately to the deep incline down into the Severn Valley. The site is one of the early industrial wonders of Worcestershire and using LiDAR it is now possible to see it in its landscpe context for the first time. LiDAR has become a widely used technique since 2007. Nonetheless the LiDAR images of Wyre Forest are still magical having revealed many teasures of the past throughout the Forest. 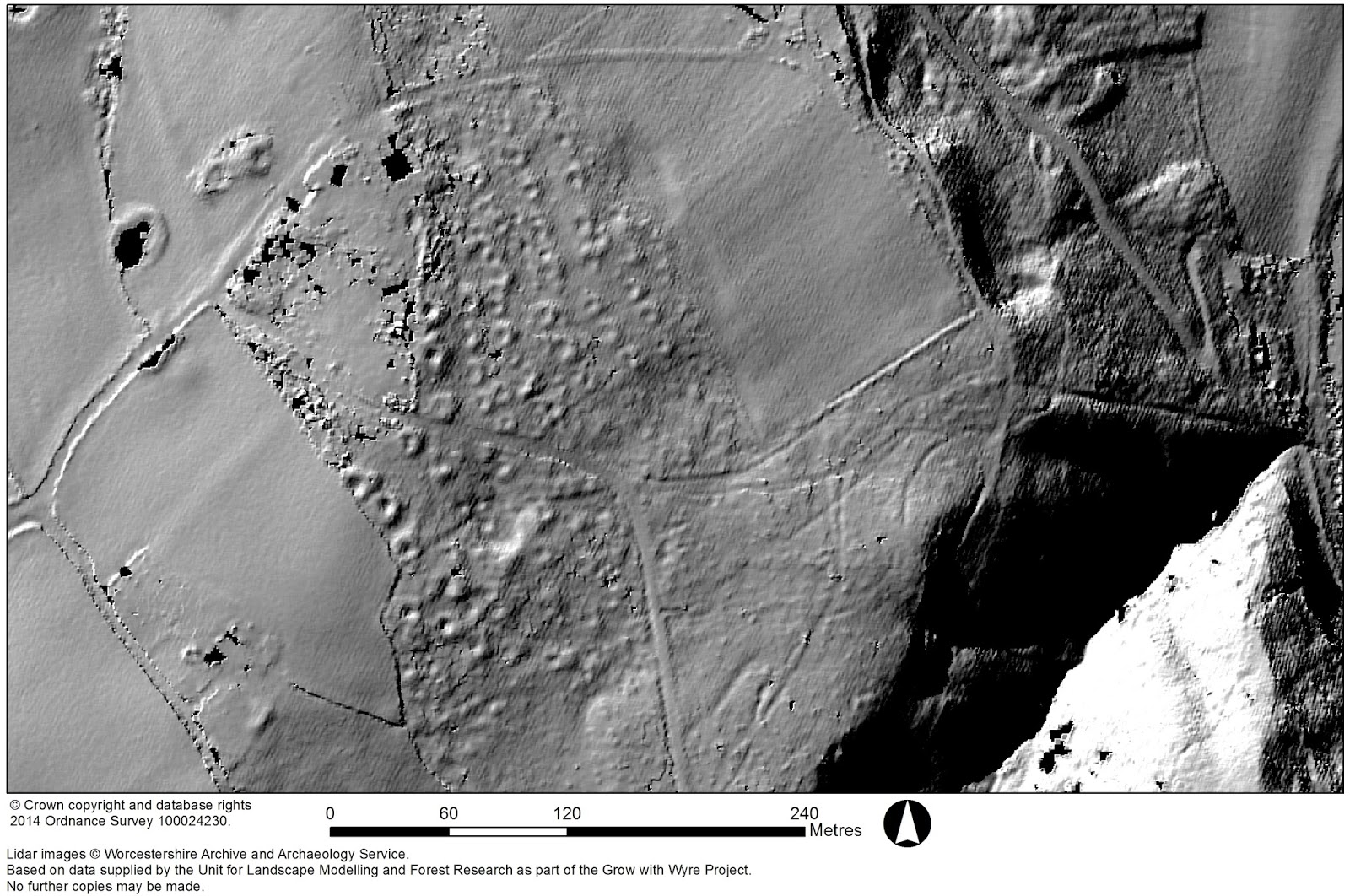 Most of the site is within Forestry Commission land and is free to access (restricted during forestry operations) and explore. The earthworks are clearly visible as you approach. Please note other parts of the site are on private land and should not be accessed without prior permission of the landowner.

If you would like to find out more about the landscape archaeology of Wyre, and explore using the interactive LiDAR map, visit: www.worcestershire.gov.uk/archaeology/historicwyre

To find out more about the ongoing volunteer project to record the archaeology of watercourses in Wyre visit: http://wyreforeststreamwalking.blogspot.co.uk/

Quayle, C, 1990 The Whitty Pear and The ‘Hermitage’, in, Worcestershire Archaeology and Local History Newsletter, Number 42