Treasures from Worcestershire’s Past: ~44~ Honey in an Iron Age pot

It isn’t very often that an in situ pot turns up at the office for excavation in the lab, and it isn’t every day that you find archaeological evidence for the use of honey in the past, but that’s what happened with this pot… 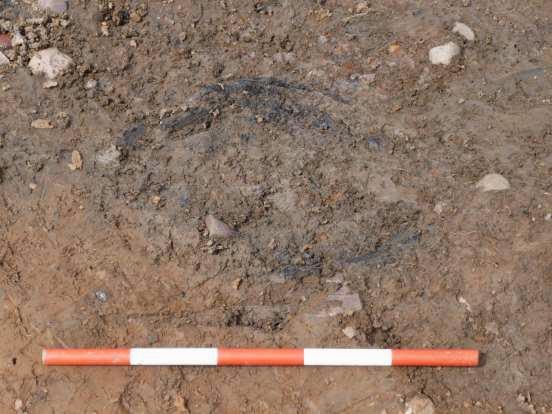 Showing pot in situ, you can just make out the outline as a black, misshapen, ring (Photo: Sean Cook, One Ten Archaeology)

Although the Finds and Environment team spend the majority of their time on internal projects, we do also take in external work. So when Sean Cook from One Ten Archaeology arrived with a block of soil from Tibberton, a site being developed by Rooftop Housing Group, we set to work. 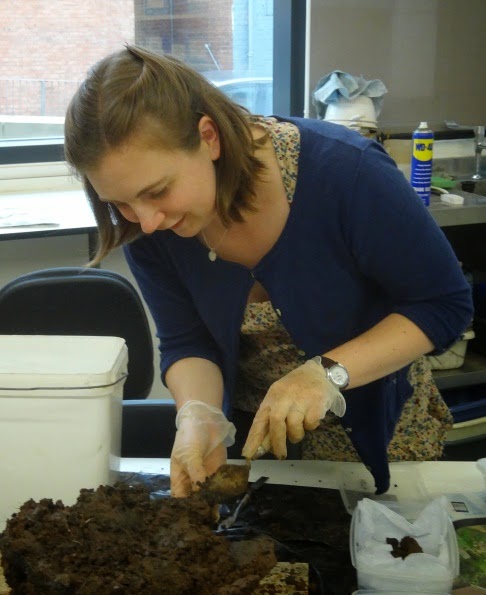 So, what were we looking for?

Well, Laura, one of our Finds Officers examined the pottery and found that this pot and all the other sherds of pottery from the site came from the late Iron Age, a period that is poorly represented in Worcestershire.

Suzi, one of our Environmental Archaeologists, on the other hand was looking for evidence not immediately visible to the naked eye – pollen grains. Pollen is usually preserved in waterlogged sediments, which we would expect to find in more natural settings, e.g. peat from palaeochannels and clay from flood plains. But it is also often preserved in archaeological contexts too. In this case, pollen was surviving in a charred layer on the base of the pot.

From the types of pollen found and the proportions of them, it appears that the pot may have once contained honey. We had pollen from plants such as dandelion, willow, buttercup, which are all insect pollinated and known to be attractive to bees. In most pollen assemblages you would normally expect to find some wind pollinated pollen too, but its absence led us to question how this pollen had arrived here. Honey provides us with a possible answer because bees would have only been collecting insect pollinated plants (rather than wind pollinated ones)

During the Iron Age, honey would have been one of the few sweeteners obtainable to people, sugar hadn’t arrived in Britain at that point. Honey was used for food, but it was also used to make alcoholic drinks, such as mead, and it was used in offerings too. Exactly what the pot was being used for is likely to remain a mystery, but it has given us an insight into ancient culinary habits.

We would very much like to thank Sean Cook from One Ten Archaeology for giving us the opportunity to work on such an interesting find, and Rooftop Housing Group for funding the work.