The 1926 General Strike evidenced through archives 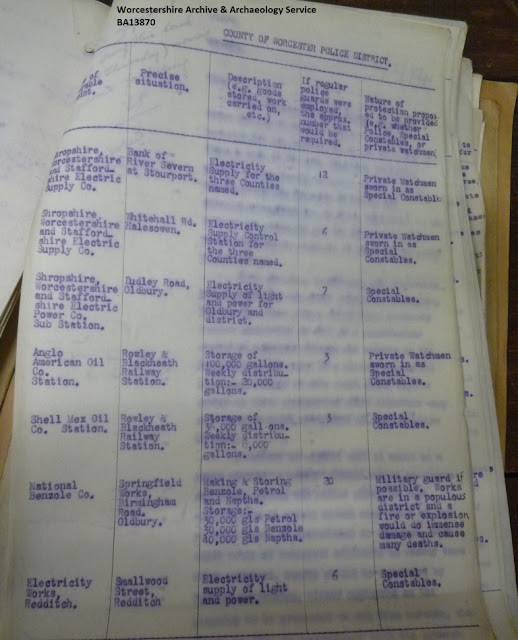 It is 90 years since Britain’s only General Strike, an event referred to in a number of archive collections held here at Worcestershire Archive Service and in the local newspapers. The strike began with the coal miners before spreading to other sectors, but only lasted nine days.

Within the West Mercia Police archive (BA13870), currently being catalogued as part of the National Cataloguing Grants programme, there are two boxes relating the General Strike, full of memos and reports. It is obvious that preparations were made well in advance since a year earlier there are memos from the Home Office asking for key locations to be identified with how many men it would take to defend them, and working out where soldiers could be billeted. Worcestershire Constabulary provided the relevant answers so we know they had already started planning.

For the strike itself there are folders of daily reports from different areas. Most of these say it was quiet in their area with nothing of note, although that may be what they wanted to report. An exception was Oldbury and the coal seams where there were more problems. It is recorded that extra officers had to be drafted in to enable the few workers to get in, and to handle the Staffordshire miners who had come to picket. At Oldbury a barge had been sunk on the canal to block it, and police had to provide assistance whilst it was raised. A barge was also sunk on the canal in Worcester. 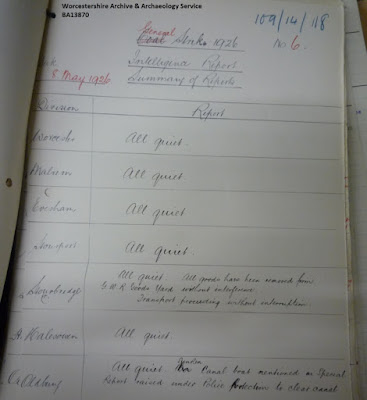 Daily report from each Police division 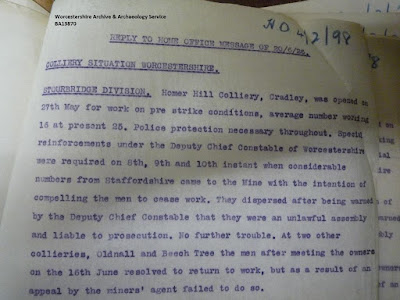 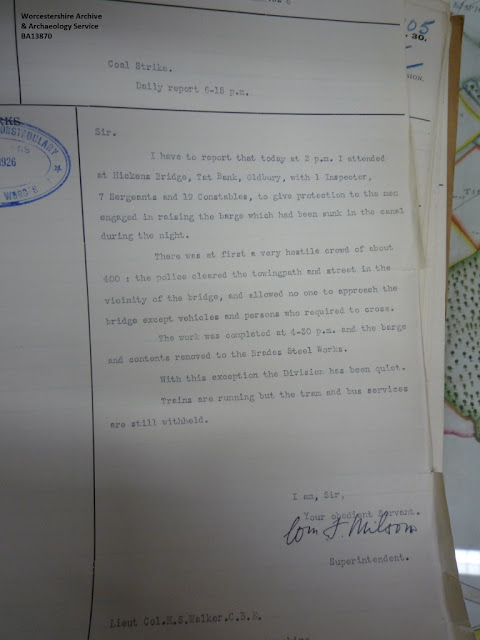 Report on the raising of a sunk barge

It all reads as if it was mostly amicable. At Shrub Hill it was quiet with only the occasional train. There were few issues, and the workers even asked if it was ok to have a meeting. The Police report says that when they were advised it might not be a good idea the railwaymen accepted this and decided not to have the public meeting.

An interesting note was that the Worcestershire Association of Boy Scouts had volunteered their services to help, and had instructed Scoutmasters to contact their local police station. They also said they’d supply the police with names and details of boys who were reliable. The police memo noted that if there was serious trouble the Scouts could be of great value!

Another archive mentioning the strike is the Amalgamated Engineering Union’s local branch archives (BA9644/4). In their minute book for May 1916 they resolved that those still working pay 2/6d towards strike fund. Future meetings discuss arrangements for collecting so it may be they were having problems with people paying up.  They discussed a GWR foreman who reported doing work other than his own, against instructions, and ‘assisting black legs’. This was passed higher up so we don’t know what the outcome of this was. After the strike ended they were helping Heenan and Froude employees who’d been on strike and were now let go by the company, with the reason given shortage of work. However the Employment Exchange were refusing to pay up as they said it was strike related so the union stepped in to support them. 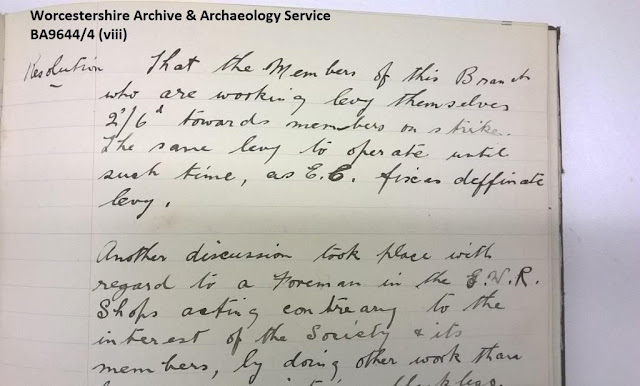 Minute Book of the Amalgamated Engineering Union, Worcester Branch, reporting on the levy for the strike fund

The Local Labour Club (BA12395/1) only briefly mentions the strike, within a resolution saying that they wouldn’t be charging for the period of the strike, presumably reflecting the fact that many members wouldn’t have been paid for that period.

Worcester Labour Club’s resolution over rents during the strike week

Local Government was heavily involved in local planning and arrangements, checking what was happening locally and moving to action to ensure food and coal were distributed. Both Kidderminster & Redditch Urban District Councils archives contain memos on what was happening locally, and listing people who could help with distributions. They also include memos and instructions sent from the Home Office. 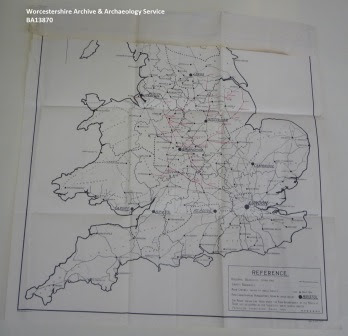 Unsurprisingly local newspapers reported on the strike. They themselves were affected as they could print fewer pages. They reported what was happening locally, which wasn’t much. They said 600 people came forward to volunteer to drive lorries and assist in other ways to keep people and good moving. Local people were informed of arrangements to preserve stocks, with coal purchases restricted and illuminated displays banned. 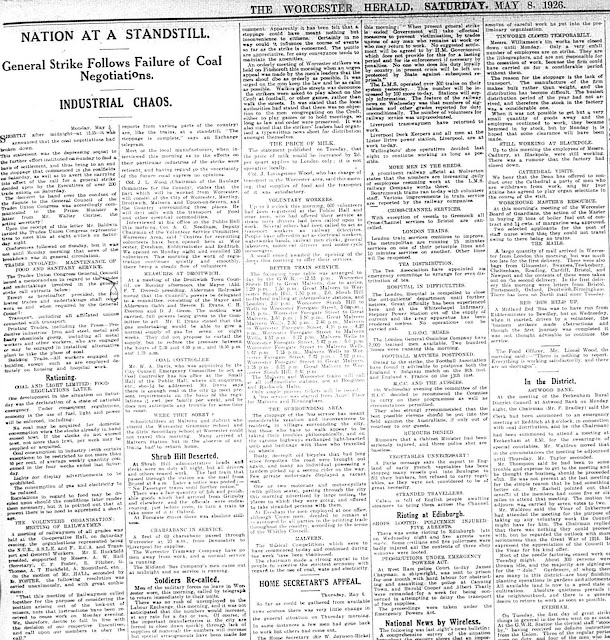 Report in Worcester Herald 8 May 1926

After nine days the TUC called off the strike, although the miners continued for several months. The Unions campaign then concentrated on the political process.

Please note that the West Mercia Police archive is still in the process of being catalogued and has limited availability. You can find out more about the project to catalogue and conserve these records here, here, and here. If you wish to view any of the records please contact us.