The 29th September marks the Feast of St Michael and All Angels, often shortened to Michaelmas. In the liturgical year of the Church it celebrates the Archangel. It is a popular dedication to parish churches, including Salwarpe, Stoke Prior, Cropthorne, Great Comberton, Tenbury and in Worcester the church which stood next to the Cathedral. 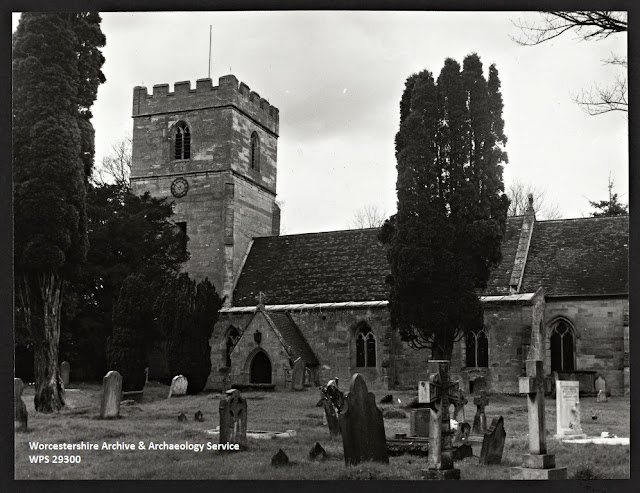 St Michael’s, Salwarpe, in 1964.  From the Worcestershire Photographic Survey, register no. 29300 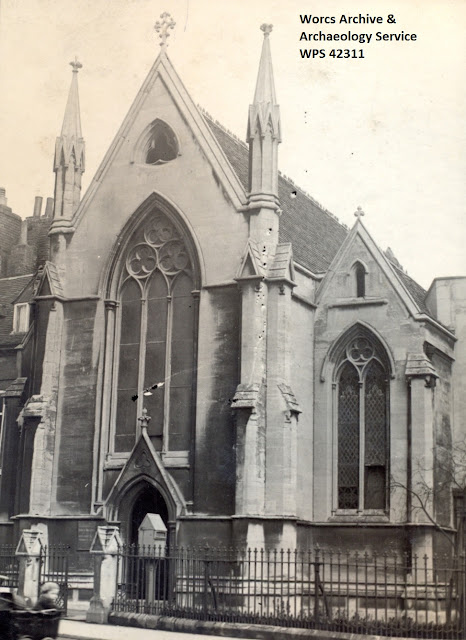 St Michael’s in Bedwardine, College St, Worcester in 1930 when it was the Diocesan Registry From the Worcestershire Photographic Survey, register no. 42311

With the day falling near the autumn equinox it also gave its name to this important moment in the agricultural year. By Michaelmas most of the harvest had been gathered in and farmers would start thinking about the coming farming year. Rents would often be due, as they would run from and to Michaelmas each year to coincide with this cycle. Within the archives we have several collections from Worcestershire Estates, such as Croome, which have ledgers and rent books using this day as their start points. With the harvest over farm labourers could also be looking for new work, their employment often starting and ending at special Michaelmas hiring fairs. 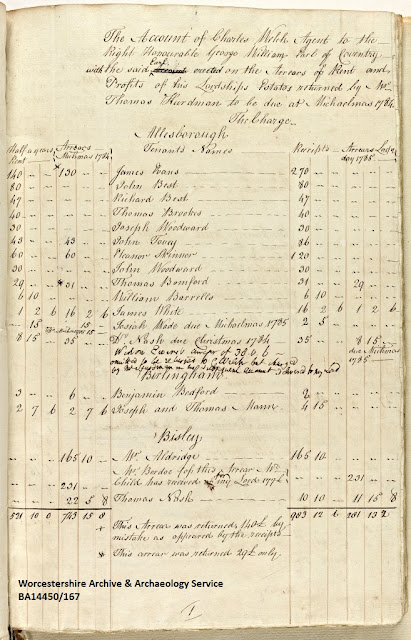 Accounts for 1784 by the Agent to the Earl of Coventry, listing rents in arrears payable at Michaelmas.  The Croome Collection was deposited with Worcestershire Archive Service after it was gifted to the Nation under the Acceptance in Lieu scheme, 2006.

Falling close to the date of the equinox also meant that Michaelmas was the name chosen for the meeting of the Quarter Sessions – the meeting of Justices of the Peace to try crimes and oversee county administration – held at this time of year. Worcestershire Archives holds the records of the Quarter Sessions for both the city and county of Worcester, many of which are available to search on The National Archives’ catalogue, Discovery. The files for each year are split into Epiphany, Easter, Midsummer and Michaelmas. 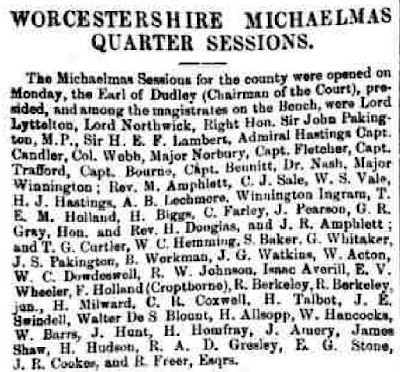 Roy Palmer, in his Folklore of Worcestershire, available in our Local Studies Library, describes a local tradition linked to Michaelmas. In Kidderminster the Monday after Michaelmas had Lawless Hour between 12pm and 1pm, in between the old constable stepping down and the new one taking office. This led to an hour when people couldn’t be arrested, so groups would fight by throwing cabbage stalks and other fruit and vegetables at each other. The authorities mostly turned a blind eye, but by the mid 19th century this practice ended as it was considerate inappropriate.

In 1752 there was a significant change to the calendar in Britain after the passing of the Calendar (New Style) Act of 1750. This Act saw us adopt the Gregorian calendar and also changed the start of the legal year to 1st January, rather than 25th March (otherwise known as Lady Day) as it had been previously.  Prior to this calendar change Michaelmas was celebrated on 11th October. After this day it was said that blackberries shouldn’t be picked as it was unlucky and/or they belonged to the devil after this date. Perhaps there could be a hint of truth as the colder weather means that they are more susceptible to mould?

Don’t forget you can visit us here at The Hive to view our Quarter Session records; search through our Photographic Survey or browse through hundreds of years worth of newspapers on microfilm. For all the information you might need to plan a visit please see our Visitor Guide on our website. If you are unable to visit in person then send us an enquiry online to see if we can help under the terms of our Enquiry Service.