Embroidering the Archives – more than books and paper

In September 1963, the Victoria and Albert Museum in London opened an exhibition entitled Opus Anglicanum which celebrated the international reputation that England had developed for during the 13th century for luxury handmade embroideries that were sought by Kings and Queens, Popes, Cardinals and Bishops across Europe.

Included within the V&A exhibition was the Salwarpe Purse held by Worcestershire Archive and Archaeology Service (WAAS). The purse is a highly ornate late 13th or early 14th century piece of embroidery belonging to the parish of Salwarpe, Worcestershire.  It is believed that the bag was constructed from an earlier piece of work that was made up into a bag in the 14th or 15th century.

When the Salwarpe Purse was exhibited at the Victoria and Albert Museum in London in 1963 the catalogue described it as, ’embroidered in silver gilt thread and coloured silks, with a lion, dogs, unicorns and foliage with a lattice formed of eight point stars and crosses’.

Now, more than 50 years on, the V&A is holding another exhibition of Opus Anglicanum, bringing together many stunning examples of medieval embroidery from across England and Europe to be seen together for the first time. 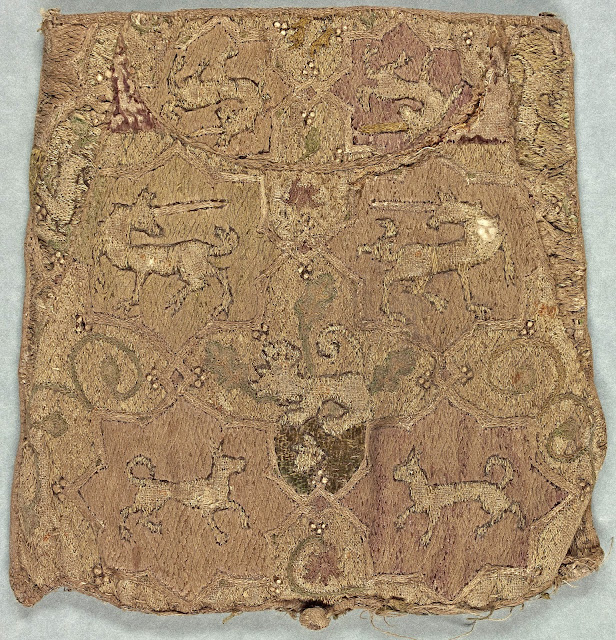 In recognition of the national and international significance and beauty of this unique piece of embroidery, Worcestershire Archive and Archaeology Service have decided to honour it with our own exhibition – for a limited time only! 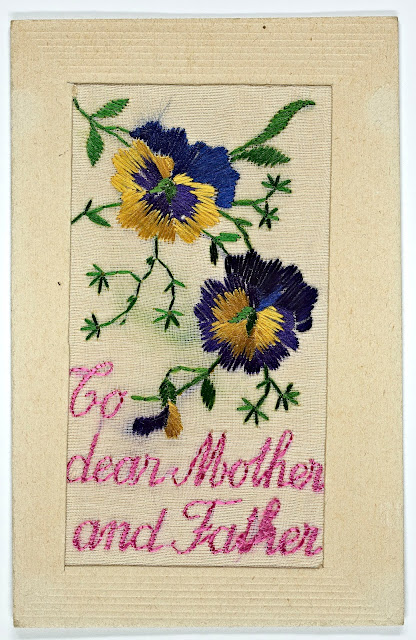 Silk embroidered postcard sent by Maud Lyttleton to her parents at Hagley Hall 1918-1919.

To complement the Salwarpe purse other pieces of embroidery held by the Worcestershire Archive and Archaeology Service are also on display, showing there’s more to archives than books and paper. 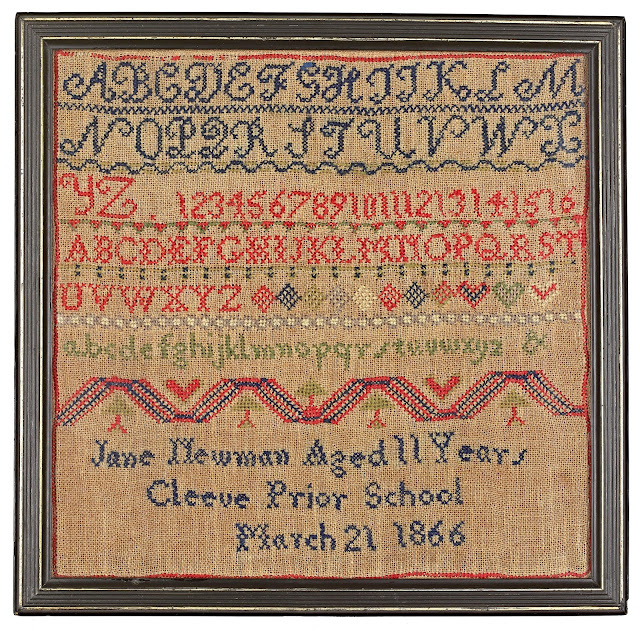 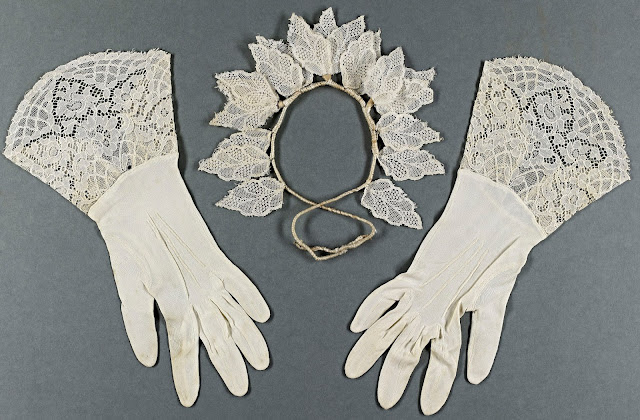 Gloves and Headdress worn by Mrs Thora Williams at her wedding in 1943. 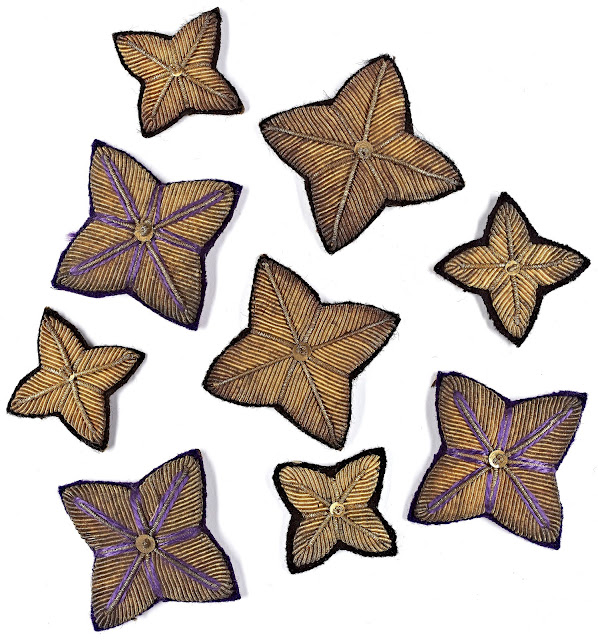 Star shaped badges [from the epaulettes?] of the uniform of the Powick Patients Band.

To find out more about the Salwarpe purse check this post.

The exhibition of embroidered items from our collections is on display now on Level 2 at The Hive. To find out more about our service, including our opening hours, check our Visitor Guide.