Charles I and the Commission of Array 1642

One of the documents which we have in our display cabinets in our strongrooms is a relatively recent addition to our collection. A couple of years ago we acquired a Commission of Array for the City of Worcester dated 14 September 1642, which was just as the first military actions of the Civil War were about to take place. With the Civil War such a key part of Worcester’s history it is something we often show on our behind the scene tours.

The document came to us a couple of years ago, bought by Friends of Worcestershire Archives with help from a grant from the Friends of the National Libraries. 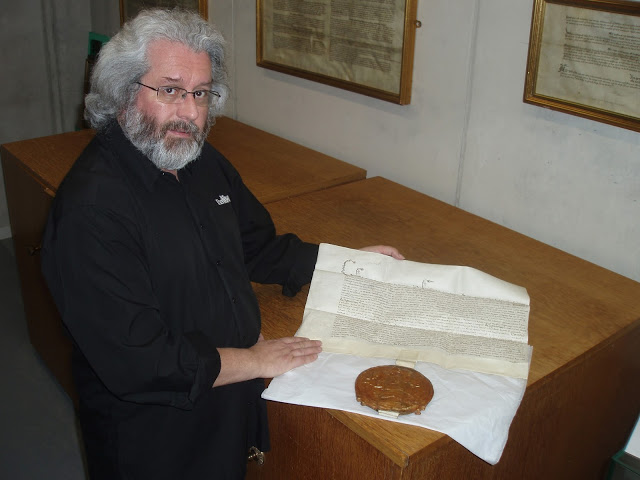 Collections manager, Dr Adrian Gregson, with the Commission of Array

What is a Commission of Array?

This type of document is not common in this period, being a medieval summons to arms which had become obsolete. In 1642 Charles revived it as part of his attempts to raise an army to support him. It was a personal summons to serve the king, issued at a time when Parliament was devising a rival authority. Charles was at Derby when he issued this document, en route from Nottingham (where he had raised his standard, thus signalling the start of armed hostilities) to Shrewsbury. The king had relied on Sir Thomas Littelton for information on the quality of support for his cause in Worcester and Worcestershire, and received no great assurances from Littelton about the reliability of the county gentry as a whole. The commission was issued by Charles to rally the leaders of his supporters in the city.

Nine days after the Commission of Array was issued the Royalists and Parliamentarians clashed at Powick Bridge. It is generally regarded as the first skirmish of the civil war.

The document has the Great Seal attached to it, reinforcing its importance and legitimacy at a time of upheaval. It is in the characteristic legal hand of the period, written by or under the supervision of Sir Richard Willys, the king’s secretary, but the official signature of the king himself is visible at the top of the document. 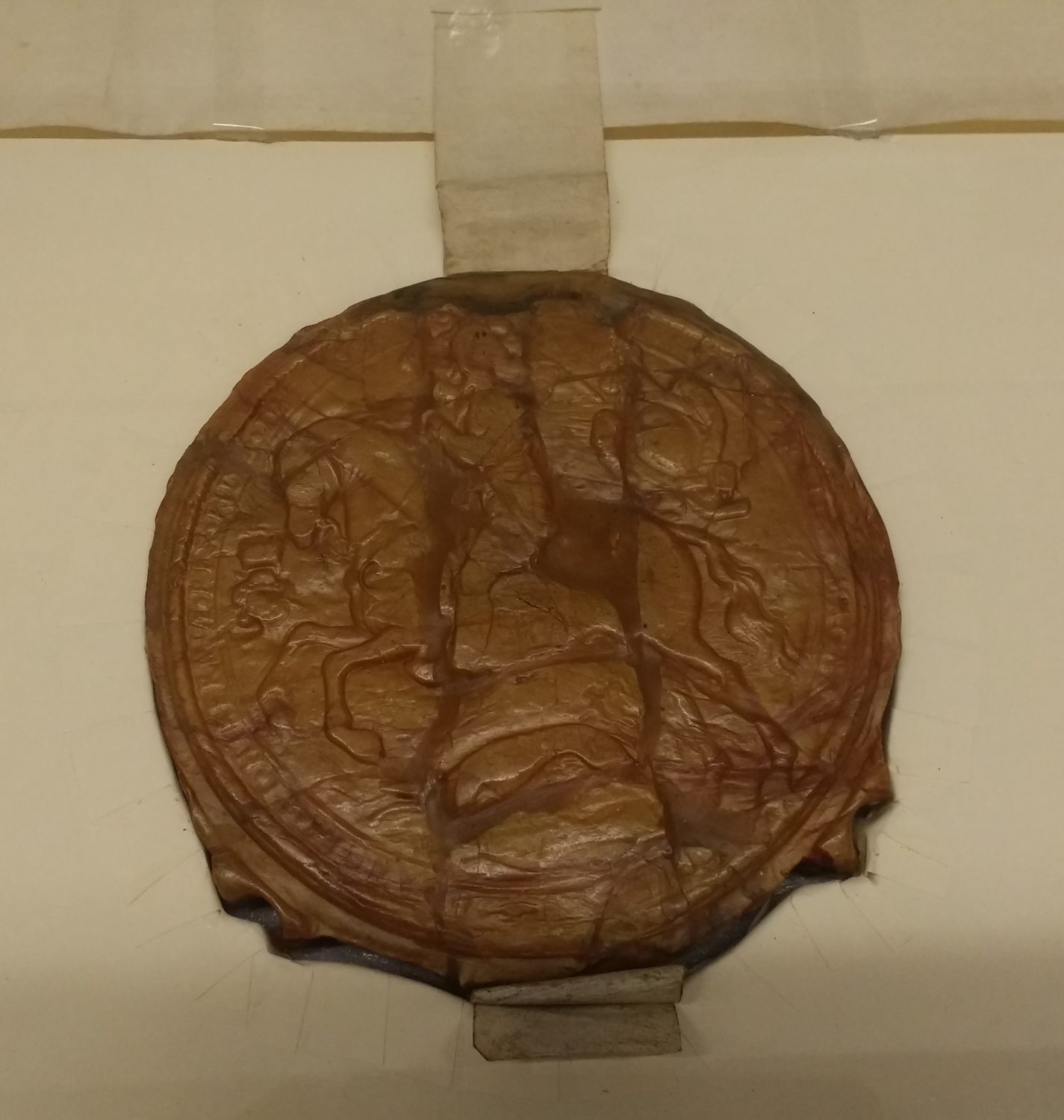 Seal of Charles I

The Commission of Array appointed Edward, Lord Dudley, Thomas, Lord Coventry, and Sir Thomas Littelton with 23 others, including Henry Townsend whose writings are an essential source for the civil war in Worcester – a revised edition of his diary of the siege of Worcester has recently been published and is in our Local Studies Library. (The Diary and Papers of Henry Townsend 1640-1663 ed. Stephen Porter, Stephen K Roberts and Ian Roy pub. Worcestershire Historical Society New Series 25, 2014)

The Commission document was kept in the archives of the Lyttelton Family at Hagley Hall, Worcestershire until 1926 when it was deposited with Birmingham Public Libraries. (Worcestershire Record Office was not established until 1947). These were later withdrawn by Viscount Cobham (Lyttelton) for sale to meet his father’s death duties. We were alerted to it when it came up for sale again and it was purchased by the Friends of Worcestershire Archives and passed on to us to be added to the collection and reunited with the Lytelton archive.

One response to “Charles I and the Commission of Array 1642”