We have thousands of amazing photos in our collections, covering the past 150 years, with some pictures of engraving taking us back even further. The text index for our main collection, Worcestershire Photographic Survey, which has over 80,000 images, is available to search via our website. You’ll need to wait until we reopen to view the originals, but whilst at home you can search and browse the index. 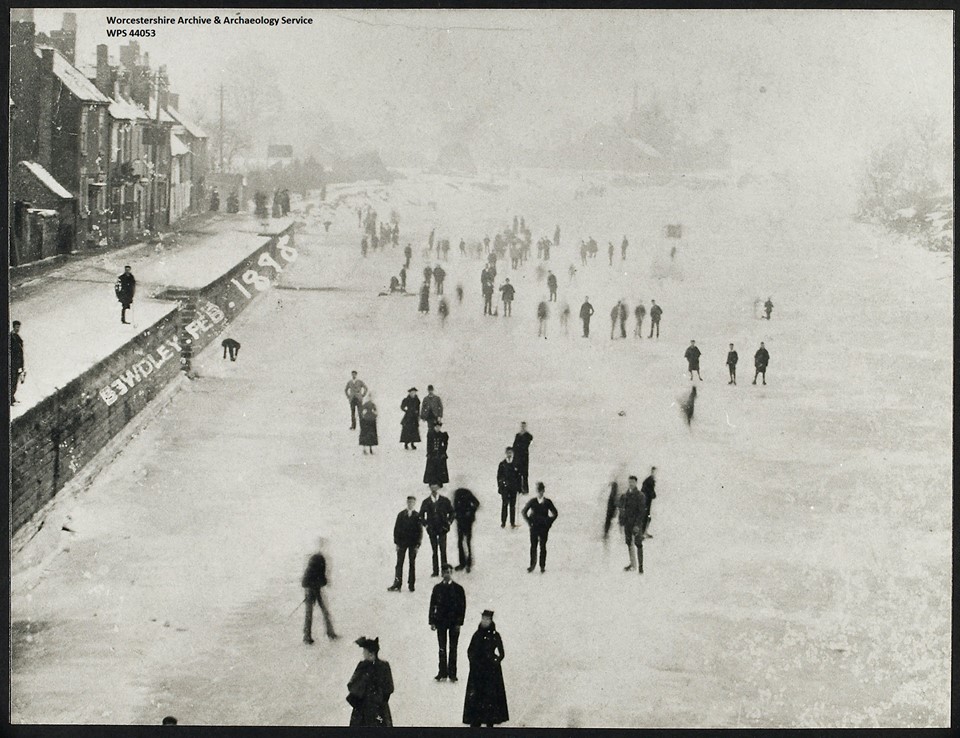 River Severn frozen at Bewdley in 1890s. When shared on social media was seen over 50,000 times

The Worcestershire Photographic Survey has at its core thousands of photos collected in the 1950s-70s as part of photographic surveys – where volunteers who meet up on a town or village and go round set routes taking photos of places along the routes to systematically cover the place. This means that even small villages can have a large number of photos.

This collection is also where other photos have been added to over the years. These include:

The photos cover the county, and like other parts of the our collections it gets a blurred around the edges and we have a few from just over the borders as county boundaries move. 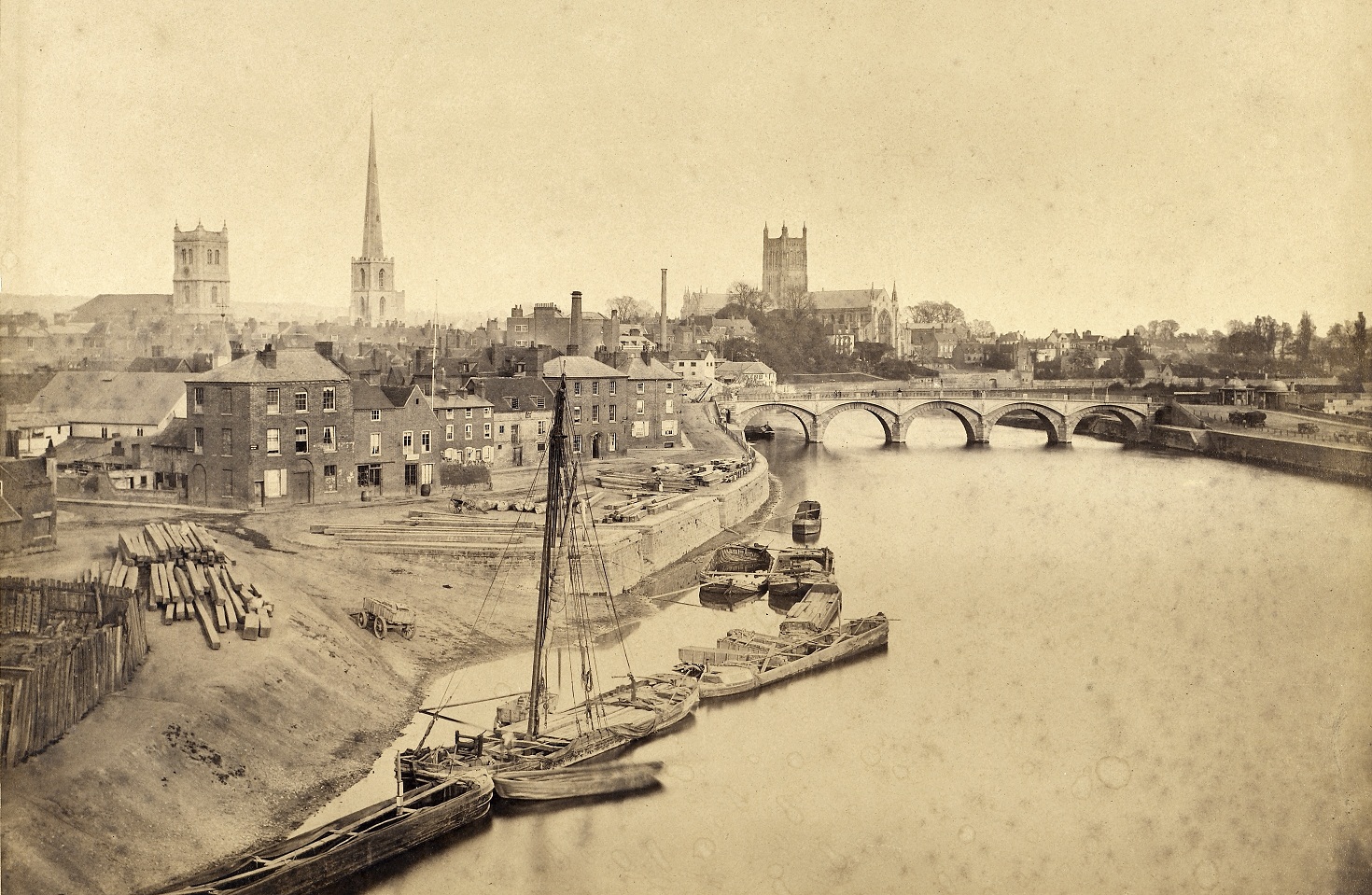 Coverage depends on what people took photos of and what found its way to us. So some places or subjects are better covered that other. Churches are well covered, and unsurprisingly we have lots of Worcester Cathedral, as are the big manor houses. Side streets less so. Since we have official photos taken for the councils, such as those for the Public Health inspector, we have some more unusual photos such as of the slum houses on Dolday, which people wouldn’t normally take photos of. 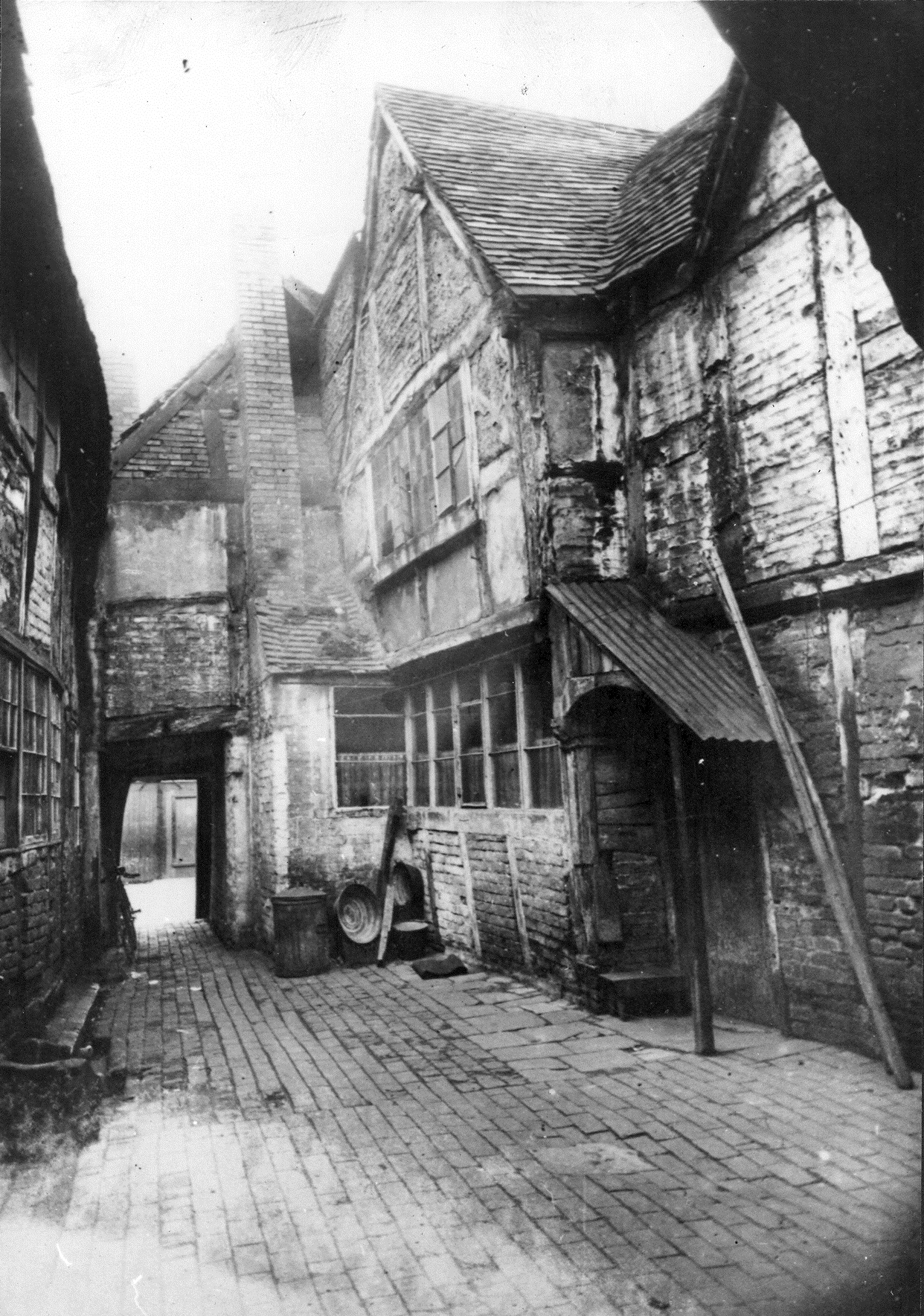 We have other photos elsewhere. In the archives there are additional photos, either kept together as they are part of a larger deposit, such as with a school collection, or may be treated as a separate collection if it is a collection deposited by a specific photographer. The Historic Environment Record also has photos, including aerial photos and of historic buildings. So if you can’t find what you’re looking for in this index we may still have what you want.

The photo index can be found here.

Many years ago we worked on created online index for some sources, of which photos was one, and ten year ago we updated it so could be search for by date as well as by parish or keyword. 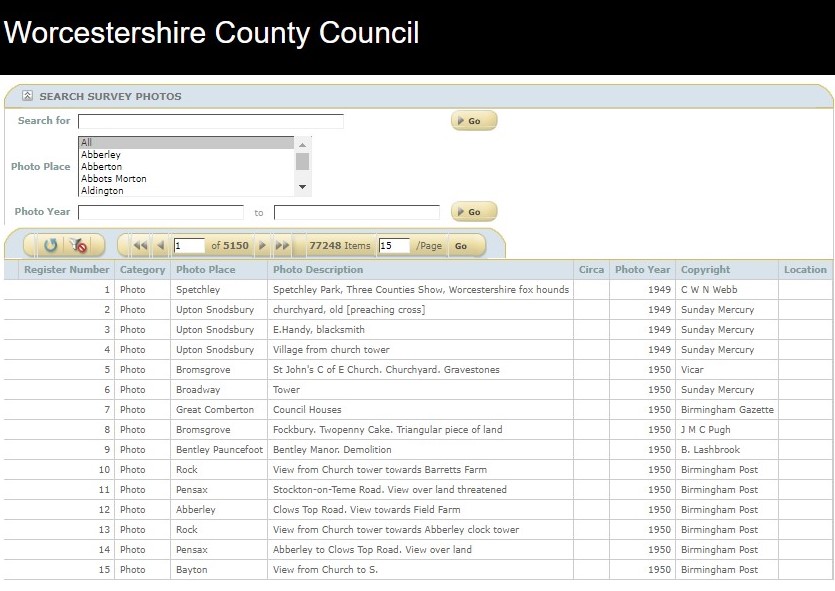 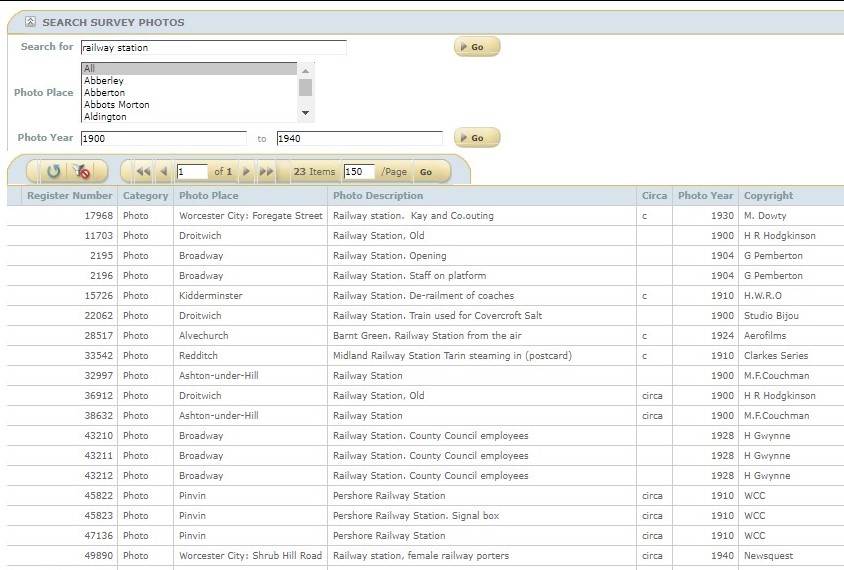 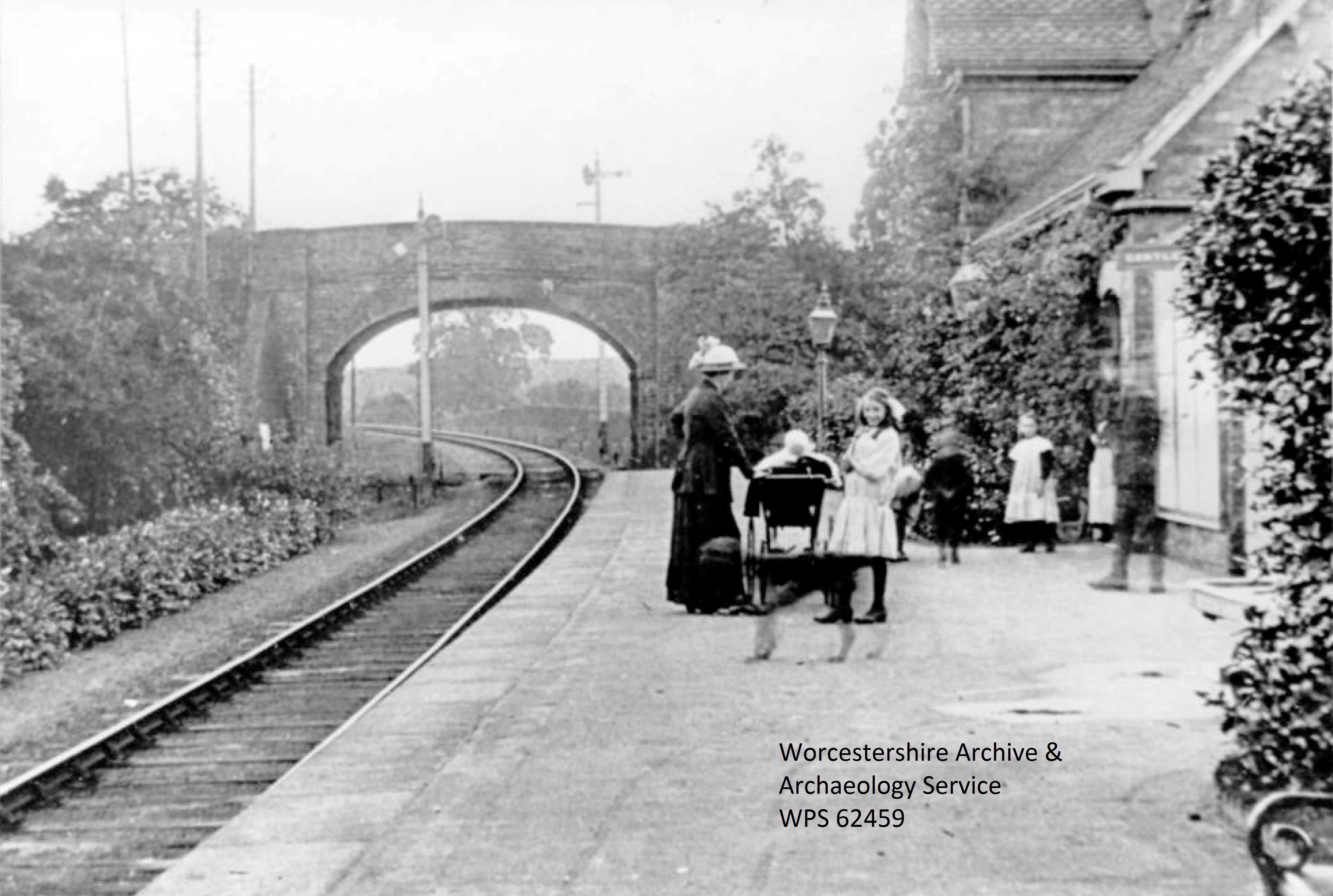 Only the information on the back of the photo is included. It is always a problem how much you include because photos have so much in them! So you may need to search different ways.

Worcester photos were categorised by street, but other towns and villages just by placename.

Only the text is on there as only a tiny proportion of photos have been digitised, either for projects or social media. To fully digitise the collection would require a large amount of time, and therefore money, and need a huge server to store 80,000 high resolution images. We don’t own copyright on most images so it would also depend on getting permission to digitise them. 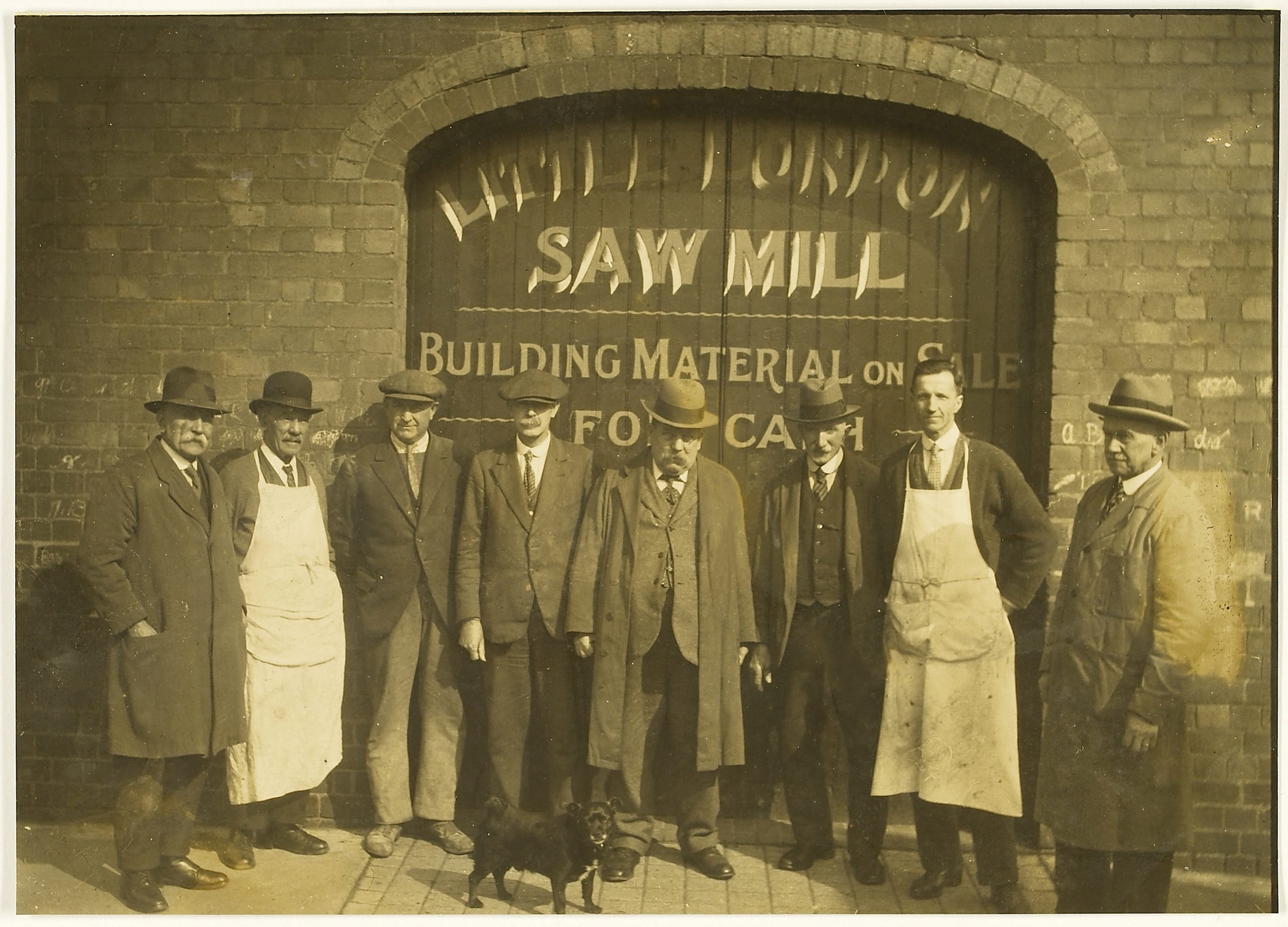 Not all photos can be copied. Most will be under copyright, and although some we know it is fine for people to have copies, there are others which we know there are restrictions, or we do not have the information. However we know people want copies of photos they have found, so we are used to advising people what can be copied, and options for seeking permissions for others.

If copies are allowed we have a digitalisation team who can produce really high definition  images (the internet doesn’t usually do them justice as we have to compress to make it easier for you to see them) if you’re wanting a top quality image. 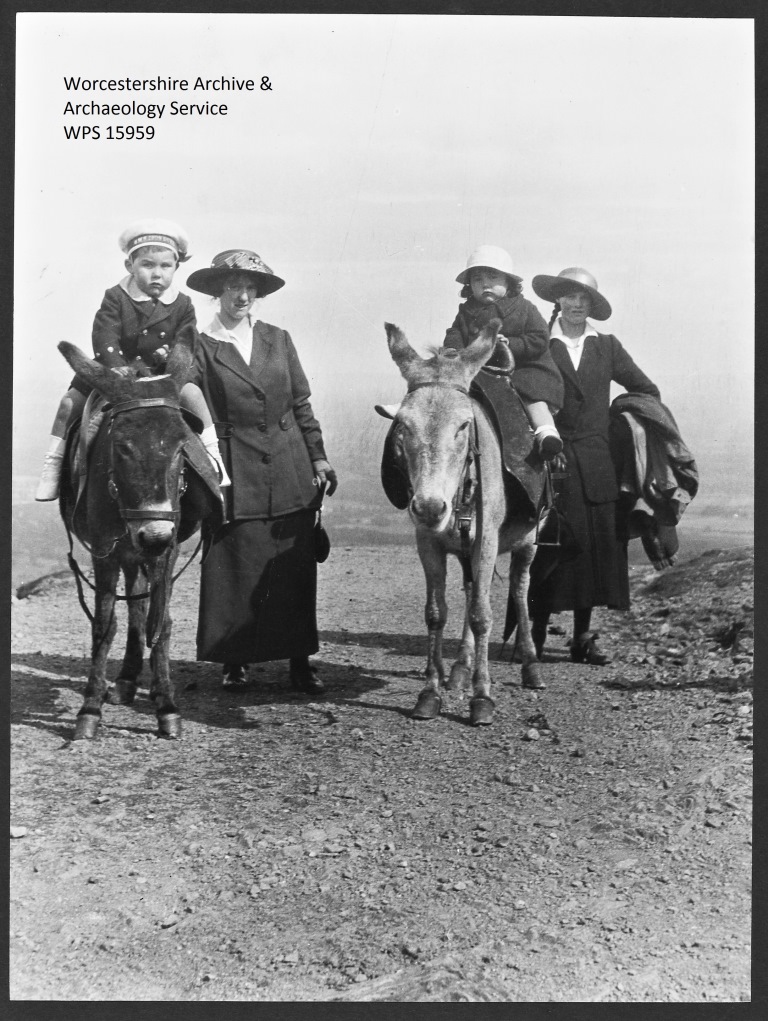 Donkeys on the Malvern Hills

So whilst at home why not have a search and see what you can find? You can see more of our indexes on our Collection Page. Then come and see us when we’ve reopened to look at the originals. 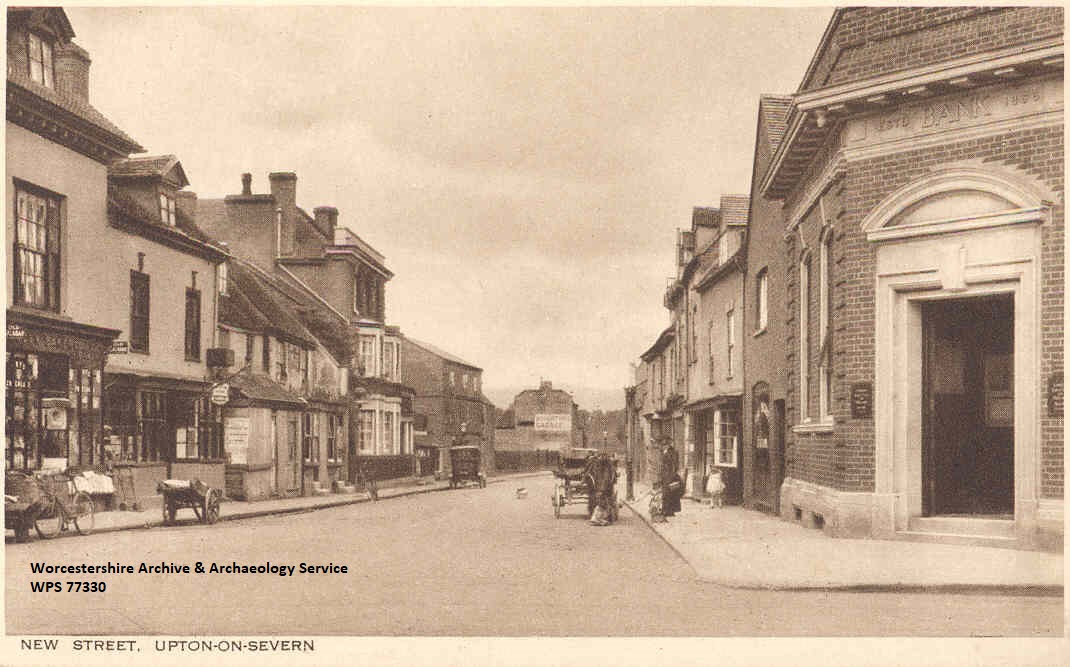 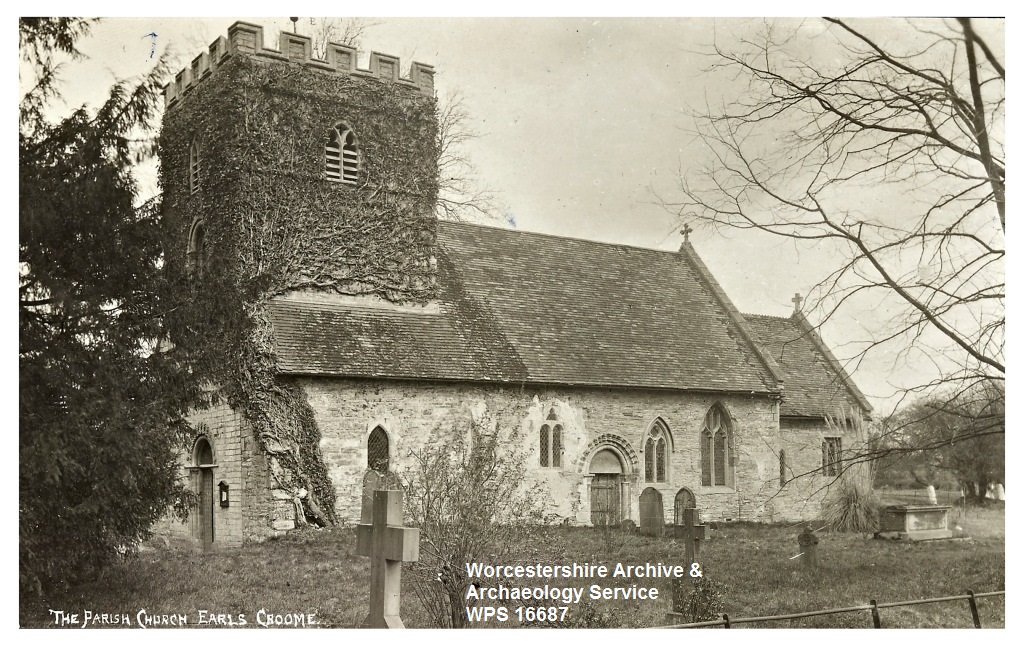 A couple of years ago we produced A Slice of the Past, a booklet with recipes taken from the archives. A few have been tried out by staff, including Mince Pies and Almond Jumballs, and were very tasty. To coincide with the History Begins at Home campaign, promoting history at home, which this week is...