Flood defences at The Hive

We have just endured the wettest April for 100 years, and many will remember only too clearly the flooding we have experienced in recent years in Worcester; so many of you may be wondering ‘just how well is The Hive protected against the threat of floods’?

The landscaped areas surrounding The Hive: 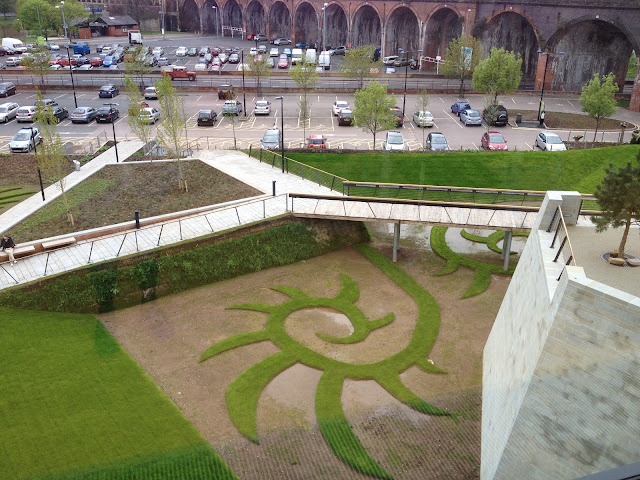 When The Hive was in its planning stages, a lot of work was carried out with the Environment Agency to assess the impact it would have on the area and in particular the flood capacity of the site. The building and its surroundings were then carefully designed with this in mind. In order to take account of future developments, flood predictions were calculated for the next 100 years, with an additional 20% added to allow for any unexpected anomalies.

One of the basins, which absorb water into the ground: 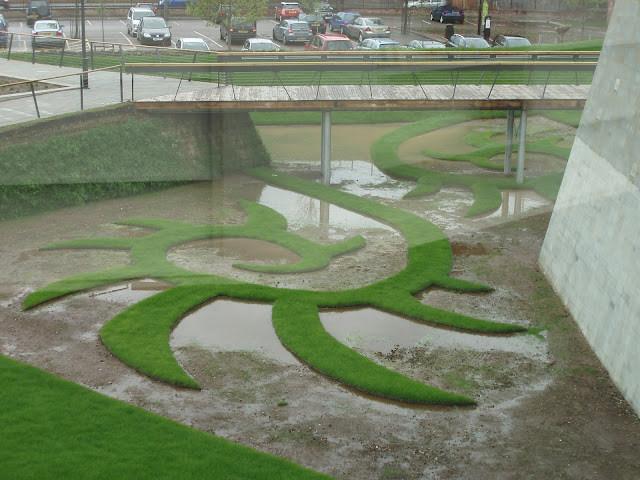 The building has been constructed to sit above the predicted flood plain, which means that it is not in any threat of flooding into the building. An additional protective feature has also been put into place, which sees the building surrounded by basin like areas that are specially designed to absorb any water that enters them. This means that water entering the basin, either as heavy rainfall or as floodwater, is drawn into the ground and away from the building.

The Hive has improved the flood capacity of the area: 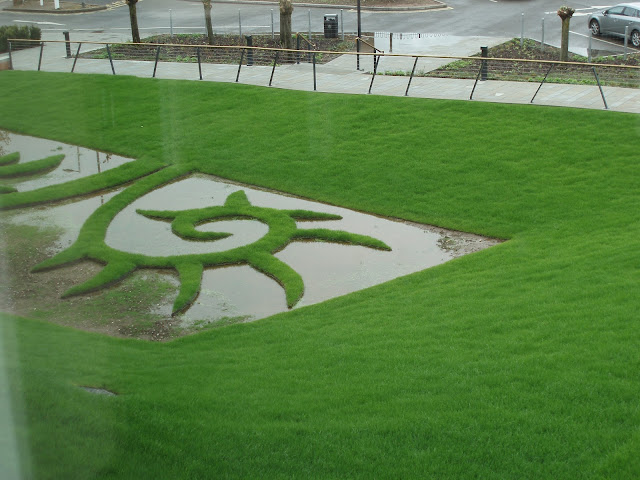 The construction of The Hive has actually improved the flood capacity of the area surrounding it, as it now features a greater expanse of soft surfaces. By replacing hard surfaces such as tarmac with landscaped areas of grass, the opportunity for water absorption is increased. So rest assured, our lovely new building is perfectly safe and protected from those rising river levels!

Since the article was written we have had two exceptional floods, including 2020. In each case the flooding has come up to The Hive to the flood level but we have stayed open. The soft landscaping has acted as planned and absorbed some of the flood water, becoming a mini moat.

Each time Worcester floods get people ask us about the archives, concerned in case they are flooded. We are pleased to say they are fine and are perfectly safe and dry in the archive strongrooms. We’ve continued to open as normal, although advising people to check before travelling and ensure they can get to us safely. 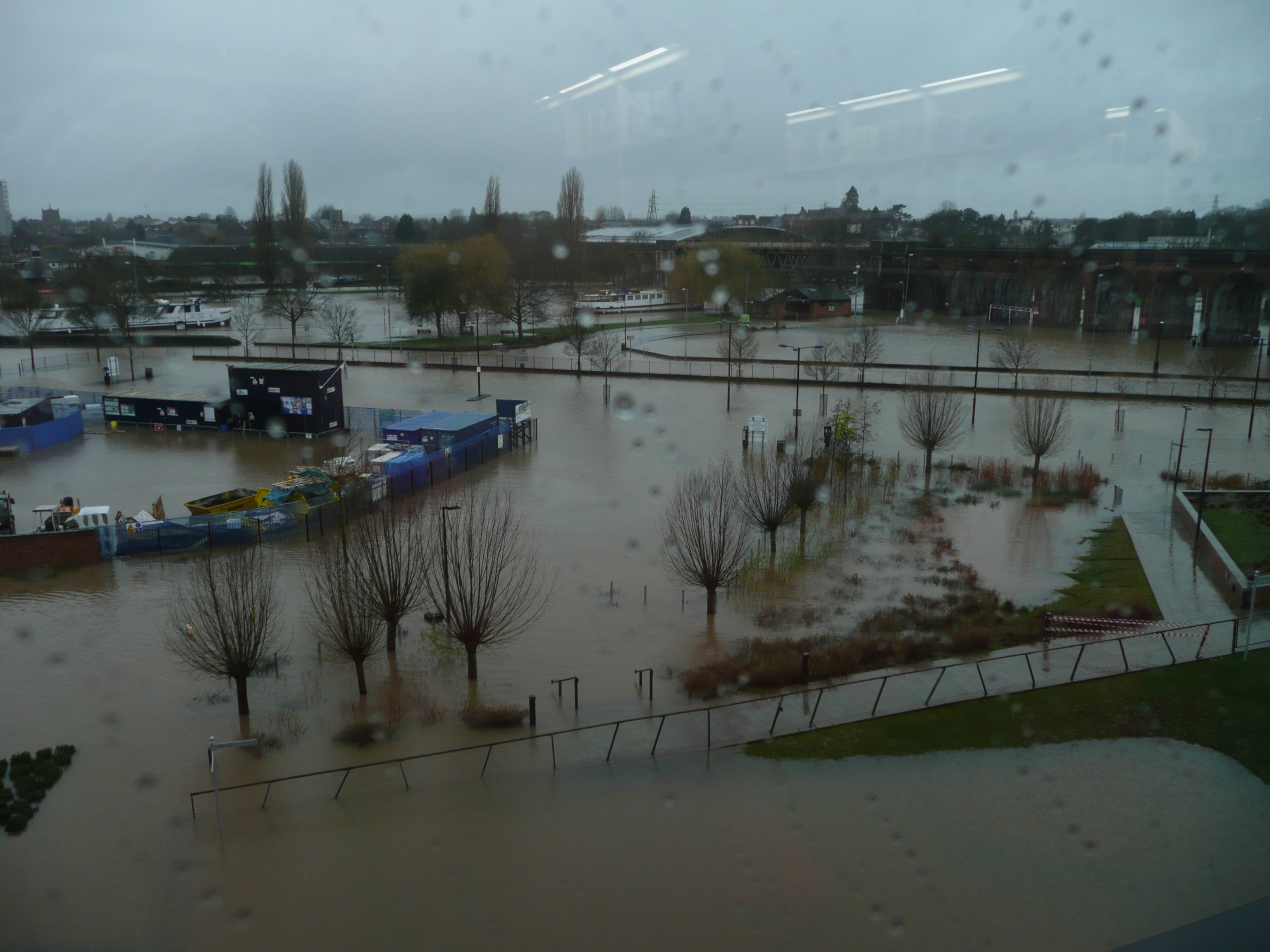 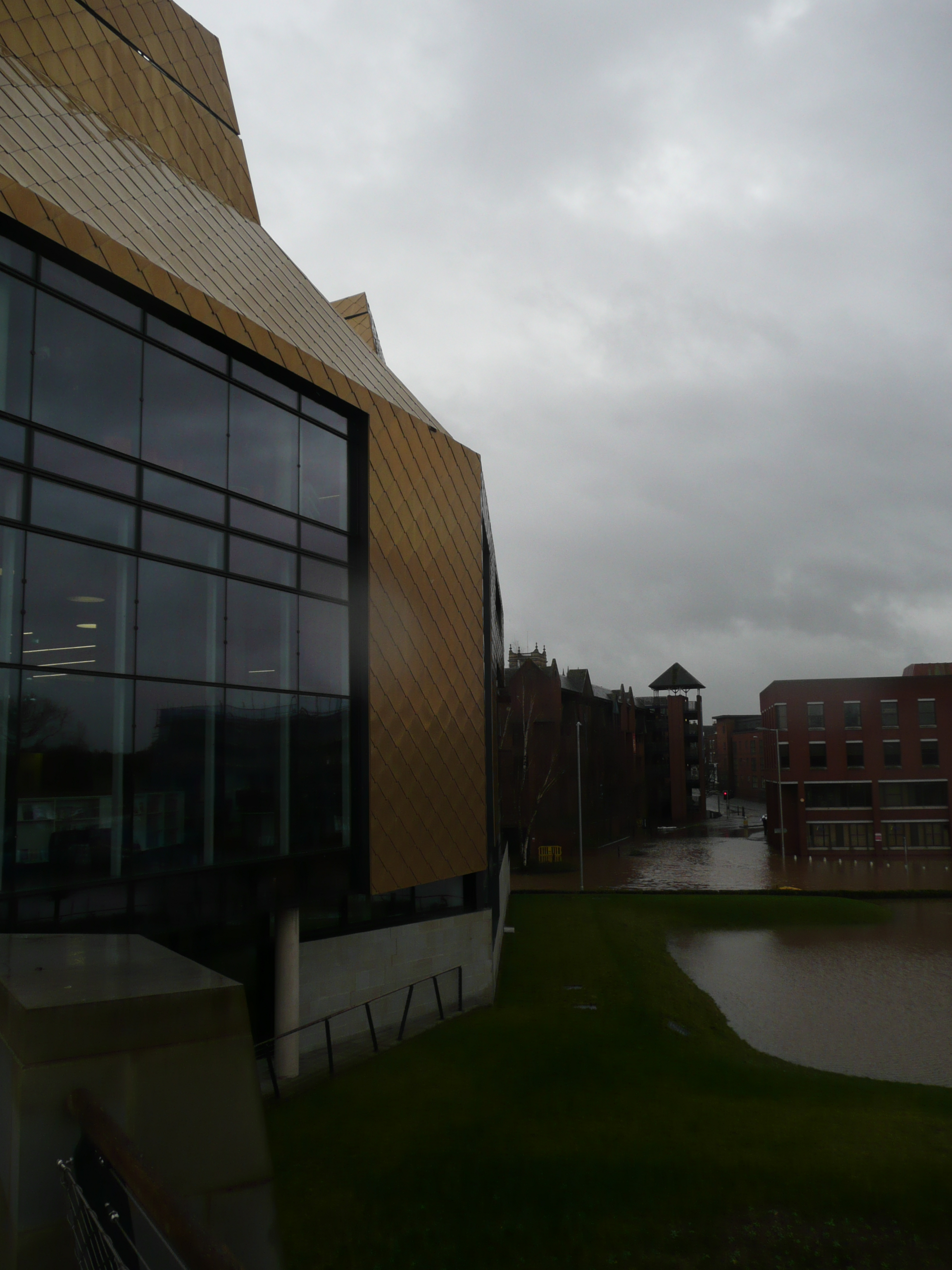 3 responses to “Flood defences at The Hive”

We are pleased to announce that we are opening our original archive searchroom to the public from Tuesday the 1st September. We will operate a phased approach to re-opening to help us to ensure that Worcestershire Archives is a safe space for all, and that the services we offer can be delivered safely. It also...

UPDATE: From September 2020 our enquiry prices returned to normal. The Archive searchroom has now reopened on a limited basis.   As some staff start to return to The Hive we have an update about archive enquries.   During these difficult times a little extra help can go a long way. So, from the 6th...

Since late March The Hive has been closed and our staff have been mostly working from home & we’ve been contactable through our online enquiry system. Over the past few weeks we have been reviewing when we can reopen our public services (Original Archives, Self Service and Historic Environment Record desk). For the moment these...