The Hanleys’ Community Archaeology Dig was undertaken over a three week period in late September/October 2012. Up to 20 volunteers a day joined the training dig run by Worcestershire Archives and Archaeology Service for the Hanleys’ Village Society on a Site located to the east of Hanley Castle towards the River Severn. 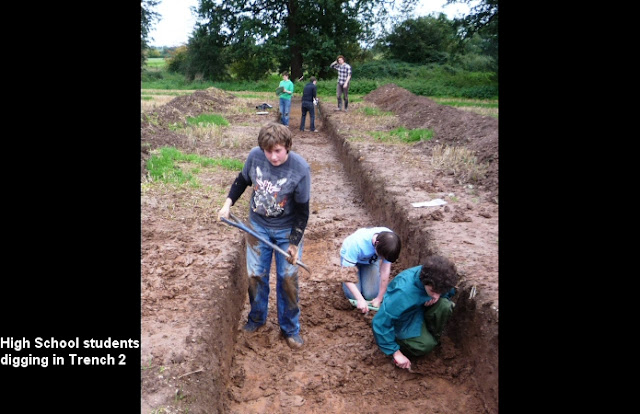 Five trenches, amounting to a total length of 160m and an area of about 240m2, were excavated and the findings and project report are now available online. The website is a departure from our normal method of reporting the results of an excavation, but provides an opportunity to share the findings with a wider audience as well as taking advantage of the latest digital technological advances. The information includes a map which shows the position of the trenches that were excavated together with the features and surfaces/layers that were revealed, a full synopsis and photographs of the dig and some of the finds.

The dig participants all had the chance to first learn, and then, under supervision, put into practise each aspect of field archaeology. Prior to the digging of trenches a geophysical survey and fieldwalking had provided much information so that the trenches could be effectively positioned for more in-depth investigation of the site. 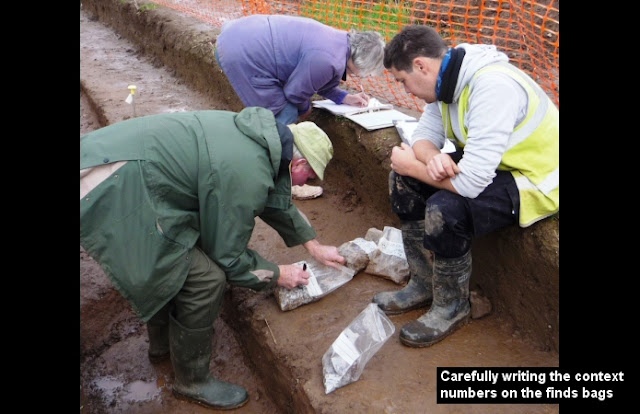 The weather was not kind (rainfall was twice the normal amount expected for the time of year), but the volunteers made good progress in uncovering and recording a Roman site of interest. An unusual amount of Roman industrial activity (ironworking) was present, and the finds indicated background activity from the earlier prehistoric period (ie worked flint) to modern times – a substantial gap was also noted, as there was no sign of Sub-Roman/Anglo-Saxon or early medieval activity. 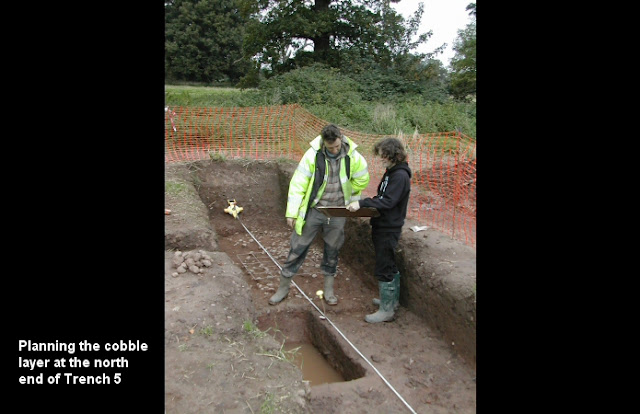 In total 1902 finds were collected and these were mainly Roman pottery sherds.

The results suggest a strong Roman presence on the west bank of the river, and in the vicinity of what later became established as Quay Lane. All in all, the Hanley Castle site provides some of the first solid evidence for the importance of Roman riverside sites on the Severn outside of Worcester. For more details on the finds and the results of the excavation visit the Project website.