Treasures from Worcestershire’s Past: ~4~ Mesolithic Flints

Our Treasures today are Mesolithic Flints uncovered close to the village of Broadway. Rob Hedge, Community Archaeology Officer, chose this week’s find and here he explains more about them:

There’s a field in south-east Worcestershire, not far from the village of Broadway – a valley-floor settlement cast in honey-coloured Cotswold Limestone in the shadow of the hills, announcing the transition from lowland plains to rolling uplands. It’s a perfectly ordinary-looking arable field, but below the surface there are signs of a once-bustling settlement. An aerial photograph first alerted our archaeologists to the presence of the site, in the form of a tantalising series of cropmarks. A fieldwalking survey was undertaken by members of our Worcestershire Young Archaeologists Club and a grant from the Heritage Lottery Fund paid for the analysis of the finds. 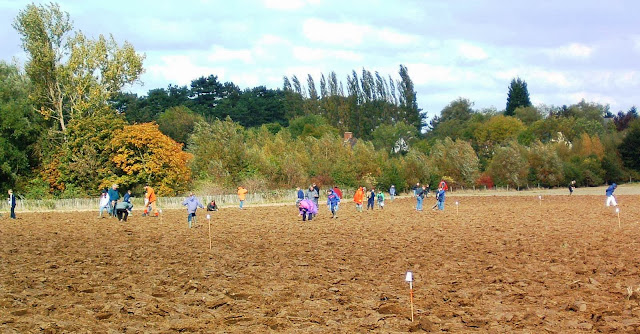 WYAC members walk the field. The grid marked by the canes allows each find to be systematically plotted ©Worcestershire Young Archaeologists Club

The fieldwalking survey yielded over 1500 sherds of Roman pottery; the cropmarks were evidently all that remains of a substantial farmstead occupied in the 2nd & 3rd centuries A.D. But our intrepid YACs also picked up traces of a much, much earlier phase of activity: over 60 pieces of worked stone, mainly fashioned from flint cobbles. They were analysed by Alvaro Mora-Ottomano. 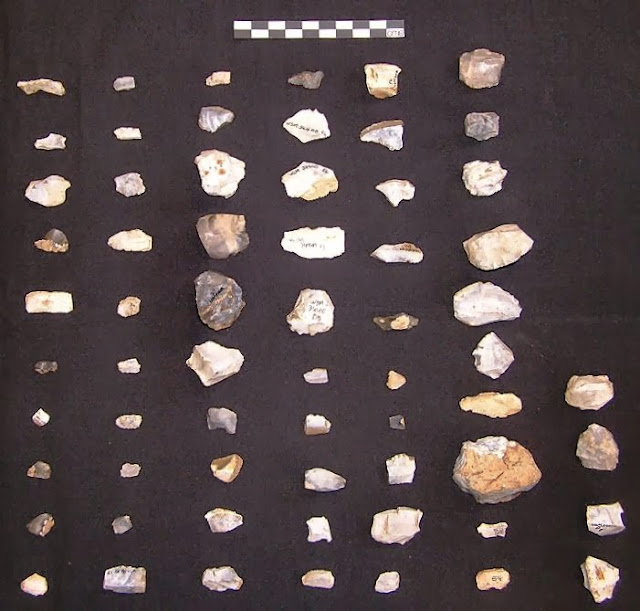 We believe the artefacts date to the later Mesolithic period, and were produced between 8,500 and 5,400 years ago. The Mesolithic covers the period between the end of the last Ice Age around 10,000 years ago and the origins of agriculture. It encompasses the point shortly after 8,000 years ago at which Britain became separated from the continent by rising sea levels, and was characterized by the widespread growth of woodland, within and around which small human populations led a mobile, hunter-gatherer lifestyle. The Mesolithic period is notoriously ephemeral, often leaving little trace in the archaeological record. Mesolithic society appears to have been complex, varied and rich, but most of the organic material with which Mesolithic people built their world has not been preserved. What does survive is their toolkits: using intricately and delicately worked ‘microblade’ technology, they fashioned elegant stone tools from long, narrow bladelets that were trimmed with exquisite precision to form ‘microliths’. These would then be mounted in composite tools, with multiple tiny microliths embedded into a wooden tip or shaft to form spears, arrows, sickles and harpoons. 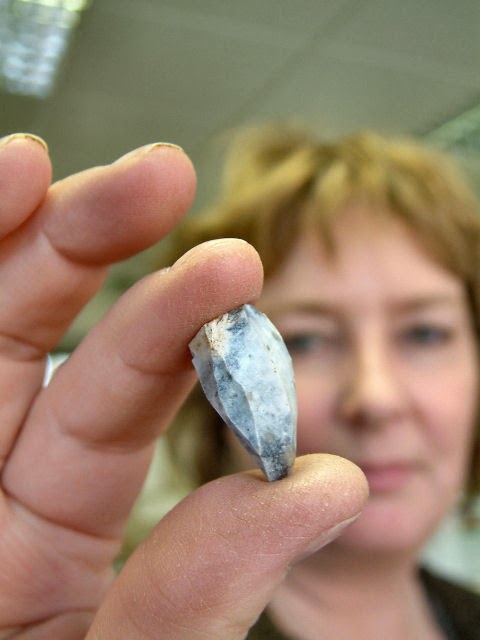 Most of the pieces discovered by the YACs are not finished tools. ‘Cores’ comprise a high proportion (26.4%): these are carefully trimmed chunks of raw stone from which the regular bladelets are then systematically struck. The remainder of the pieces are mostly ‘debitage’ (waste flakes) and casually utilised flakes, along with a few domestic tools like notches and scrapers, used for working wood and hide. There’s little sign of the coarse initial waste produced when a lump of stone is first reduced to a workable core, and few of the finished bladelets and microliths that tend to be associated with hunting. So, what can we deduce from this? The most likely interpretation was that this was a small occupation site, or ‘base camp’, although we’d need a bigger dataset to be sure. The initial stage of turning nodules into cores was probably done close to where the stone was sourced: why waste space and energy transporting unnecessarily large lumps? The microliths that formed such an important part of the Mesolithic toolkit would have been used, and lost, discarded or broken on hunting or fishing trips. At this site, a small group of people gathered, ate, slept and worked. All other traces of their passing are lost, but the flint remains almost as fresh, sharp and vital as the day it was struck. 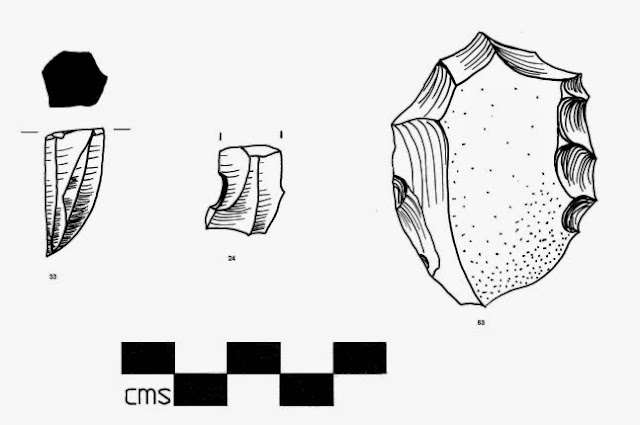 The illustration below, produced by Worcestershire Archaeology’s illustrator Steve Rigby, was commissioned as part of the project, and is a reconstruction of the site as it may have looked. Next time you find yourself at the top of Fish Hill, on the edge of the Cotswolds looking out over the fertile plains of the Vale of Evesham, take a moment to consider that all those millennia ago, a small group of people probably did the very same, liked what they saw, and stayed awhile. 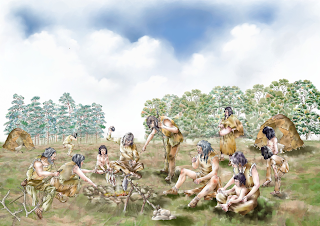 2 responses to “Treasures from Worcestershire’s Past: ~4~ Mesolithic Flints”