This week’s Treasure is a series of scrapbooks compiled by Vesta Tilley, which are brought to us by Adrian Gregson, Archival Policy and Collections Manager:

The Music Hall star, Vesta Tilley, was born Matilda Alice Powles in Worcester in 1864. She went on to be a hugely successful star of the music and variety halls at the end of the Victorian, start of the Edwardian era, here and across the Atlantic. She toured America at least twice. She toured Britain continually, from the age of about 7, and finally retried in 1920.

The Worcestershire Archive and Archaeology Service holds her personal scrapbooks and photographs, while some of her costumes are held at Hartlebury Museum. They were purchased a number of years ago from a family who had bought them at an auction of material from her house, around the time of her death in 1952. They remain the only known extant personal material available for research and interest. 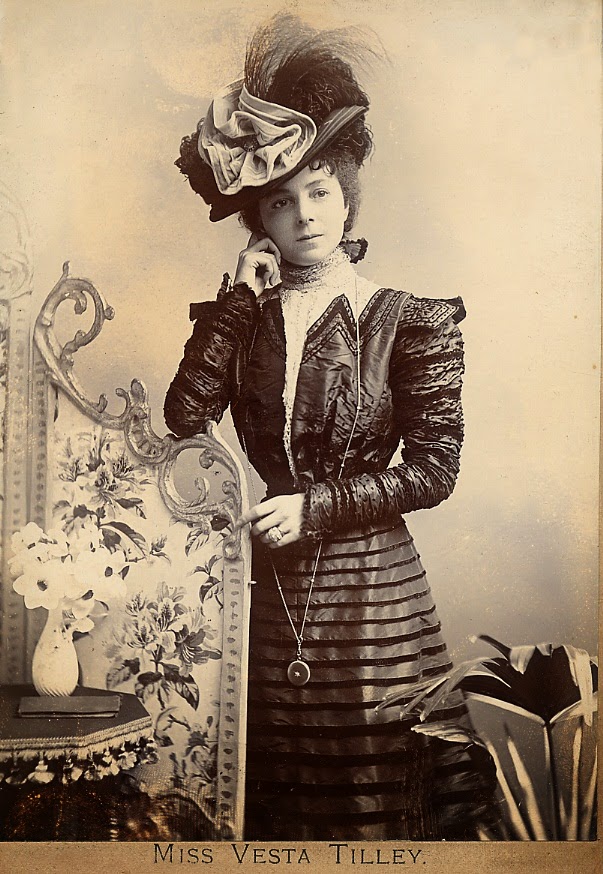 It is the 150th anniversary of Vesta’s birth in May 2014. Look out for special events and activities around this date.

The document of particular treasure is one of several scrapbooks which Vesta compiled of letters sent to her, meticulously collected over many years. The letters are fan mail, from young and old, rich and poor, societies and individuals, from the UK and around the world. Painstakingly conserved and digitised by WAAS they represent the very personal recollections of a star who was as huge then as any of our modern pop stars.

Vesta spent the First World War years campaigning for new recruits to the services and working tirelessly for charities, particularly for injured servicemen. She married Walter de Frece who was later knighted and elected MP for firstly Ashton under Lyne and then later for Blackpool. After his retirement she lived for most of the year as Lady De Frece in Monte Carlo.

Her most famous songs are probably ‘Jolly Good Luck to the Girl who loves a Soldier’, Burlington Bertie’ and ‘Following in Father’s Footsteps’ and she was immortalised in the film ‘After the Ball’.

More of the Vesta Tilley collections can be found in our Original Documents Area at The Hive at reference 899:1400 BA 13801 and BA 14233. You can also find out more on our website.