Treasures from Worcestershire’s Past: ~25~ Archaeological investigations on the Kempsey Flood Alleviation Scheme

This week’s Treasure has been chosen by Tom Vaughan, Project Manager for Worcestershire Archaeology. Tom has chosen to highlight a series of finds which were uncovered as a result of archaeological investigations in Kempsey. Here, Tom tells us more about the rich history of this area:

In 2011 Worcestershire Archaeology undertook a series of investigations on behalf of the Environment Agency associated with the flood alleviation scheme either side of the Hatfield Brook at Kempsey. The area is of interest for many reasons: there are cropmarks of possible prehistoric activity across the floodplain; the promontory has been proposed as the site of an Iron Age fort; there have been Roman remains found in the vicinity (including a milestone inscribed with the name of Emperor Constantine, 306-337 AD); a Saxon minster church or monasterium, is documented here from 799 AD, followed by a Bishop’s Palace in 868, which remained until demolition sometime in the 17th century; and the present St Mary’s church which dates from the 12th century. 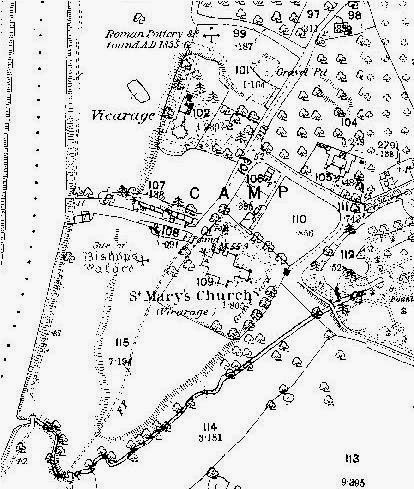 One focus of our works was a new haul road to be located alongside the western boundary of the churchyard. It soon became apparent that the present churchyard extent is a later contraction of a much larger burial ground, as we revealed 55 intercutting burials along with extensive disarticulated (i.e. loose) human bone. Four of these individuals were radiocarbon dated to between 870-980 and 1040-1260 AD, so they may all pre-date the Norman Conquest. 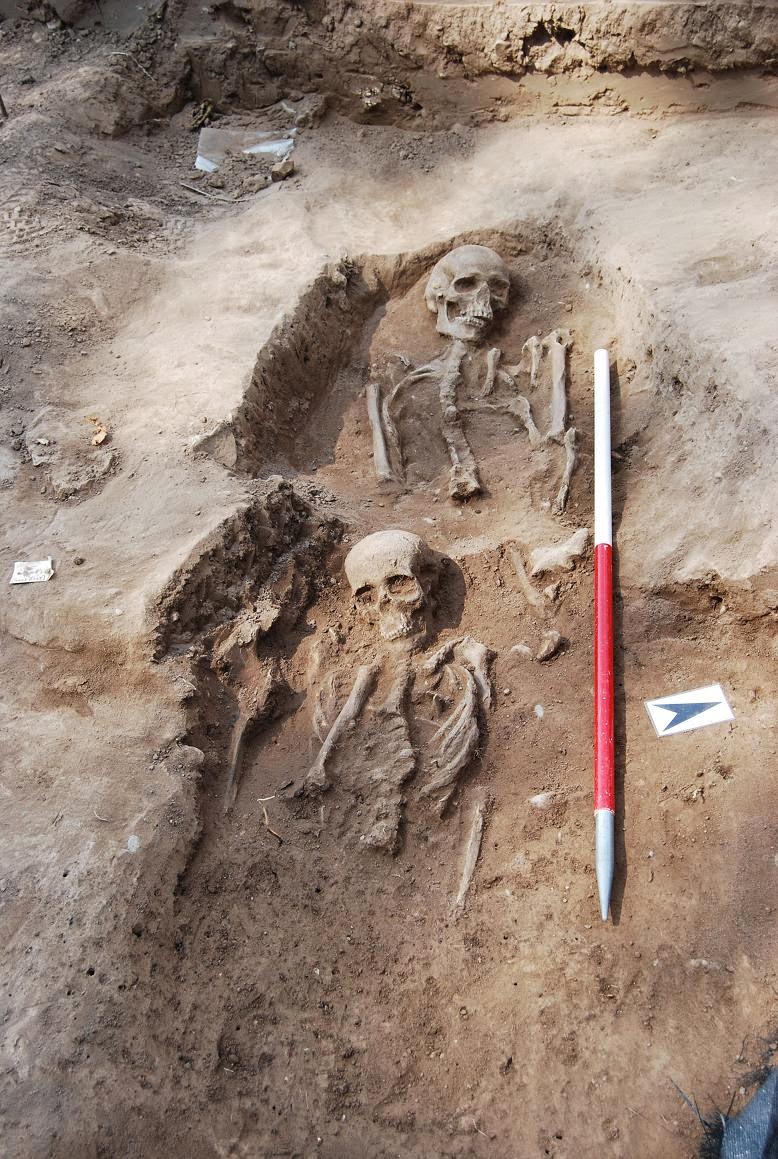 Interestingly, in 1954, two burials were revealed in a narrow trench dug by Worcestershire Archaeological Society on the floodplain further to the west. These were considered by the then Vicar to be ‘victims of the Battle of Worcester’ in 1646, traces of which are visible as pock-marks from musket shot and shrapnel on the south wall of the church’s west tower. It would now seem more likely that these two are in fact of earlier medieval date, and form part of a much larger burial ground.

A ditch, parallel to the present churchyard boundary, was found to truncate a number of the burials. It was sealed by soils containing artefacts from the 12th to 14th centuries. This appears to indicate that the churchyard was reduced in size and deliberately enclosed at this time, presumably well after the locations of these burials had been forgotten about! 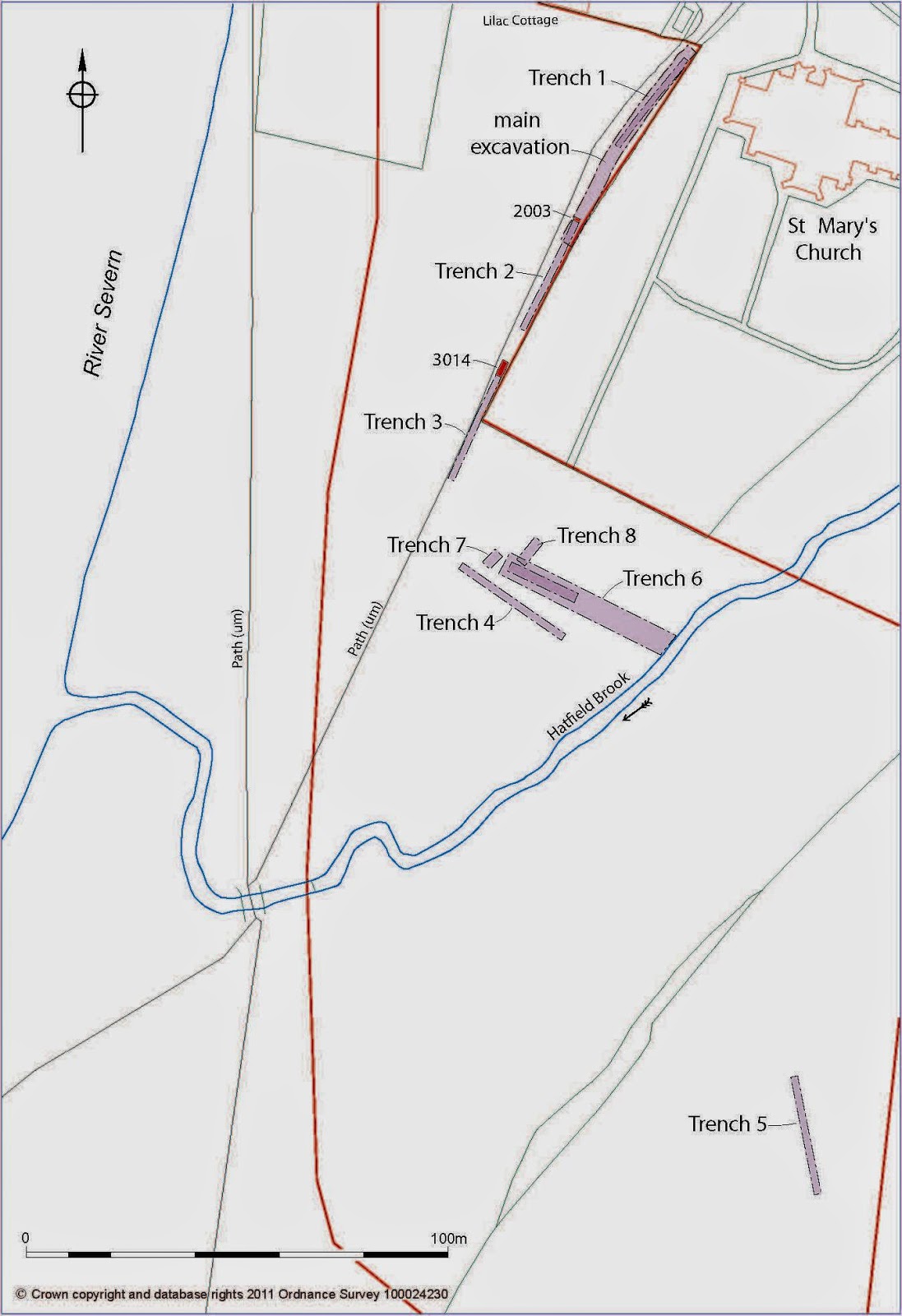 Plan showing the location of trenches

The earlier soil was in turn sealed by a horizon which contained extensive 13th to 16th century material, including quantities of building debris, such as partially glazed roof tile, ridge tile, decorated floor tile. This may represent the demolition of a substantial and significant medieval building, potentially the Bishop’s Palace itself, the site of which is marked on the 1st edition Ordnance Survey map, immediately to the west of our investigations. 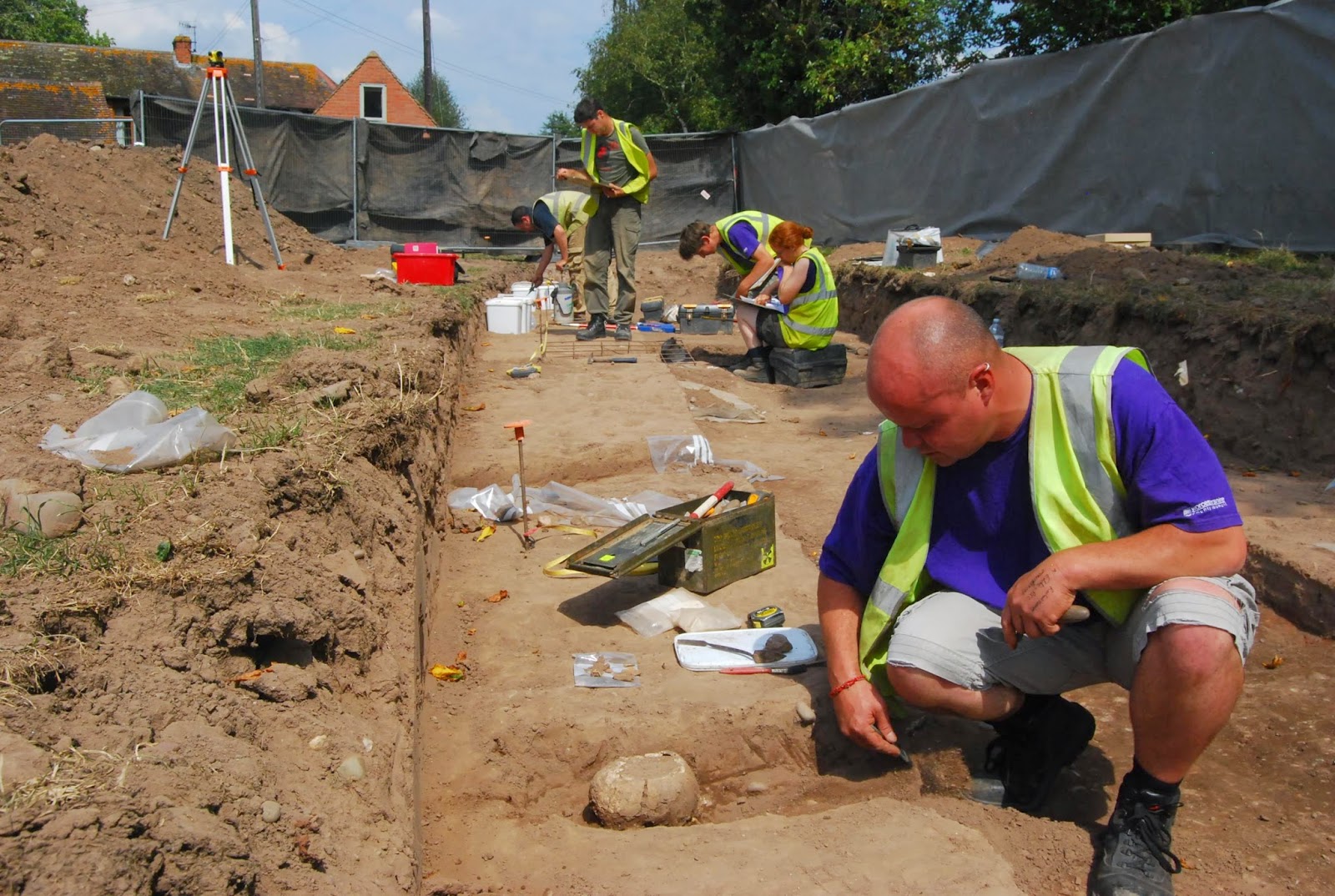 The human skeletal remains, associated burial ground and features are a unique source of archaeological data, being the first recorded archaeological evidence from the Late Saxon and early medieval period in Kempsey. We intend to undertake some further survey work over the area of these excavations and to publish our report in the coming months. The skeletal remains have been reburied in the churchyard, with a memorial to ensure they are not forgotten again.