Monthly Mystery: Who put ‘Bella’ in the wych elm?

‘Finish your articles re the Wych elm crime by all means. They are interesting to your readers, but you will never solve the mystery. The one person who could give the answer is now beyond the jurisdiction of the earthly courts.’

In 1953 ‘Anna’ of Claverley wrote those intriguing words in a letter to journalist Wilfred Byford-Jones.  It must have seemed as if this was the lead that Worcestershire Constabulary had been waiting for to solve a ten year mystery which had fascinated and foxed amateur and professional detectives alike – Who put ‘Bella’ in the wych elm.

The story behind the question has all the elements of a detective novel – mystery woman, murder, spies, witchcraft, sinister messages.  Certainly the case was an unusual one where not only the identity of the killer was unknown, but also that of the victim.  It has continued to defy the many efforts to solve it over the last 70 years and left many questions unanswered. 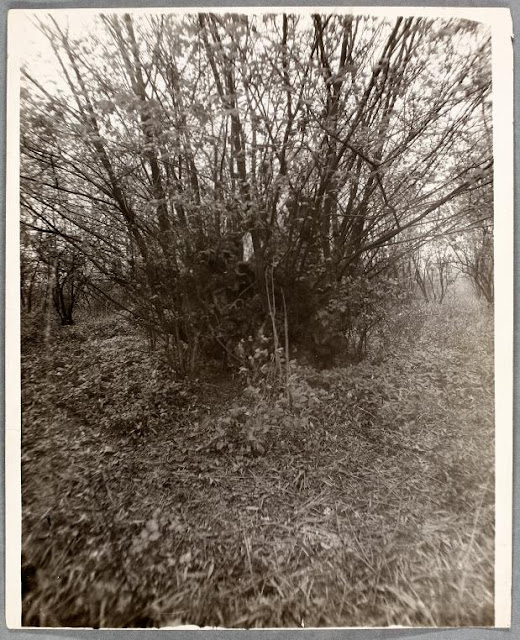 The wych elm where Bella’s remains were found

Discovery and investigation The story of the discovery by four teenage boys of a woman’s skeletal remains hidden in a hollow wych elm tree in Hagley Wood in April 1943 is a well-known and often recounted one.  Alongside the remains the police found a wedding ring, a pair of shoes and some rotted clothing, but nothing resembling a coat or handbag.  A further search of the area turned up more bones, including finger bones from one of the hands.

Professor Webster, the forensic investigator involved in the case, reconstructed the remains.  He believed it was the body of a woman aged about 35 approximately five feet tall with mousy brown hair and irregular teeth in the lower jaw.  He estimated that she had been dead between eighteen month and two years.  He thought that she might have been suffocated and she had been placed in the tree feet first.  The Professor was also able to describe her outfit to police – mustard skirt, blue and yellow striped cardigan, light blue belt, peach coloured taffeta underskirt and blue crêpe soled shoes.  A dummy was made complete with wig and replica clothes. 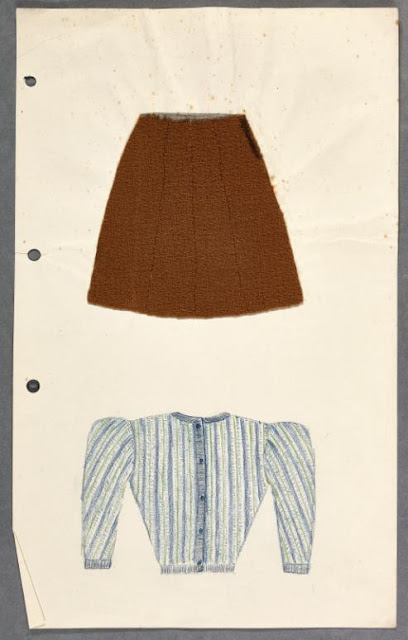 One of the drawings for the reconstruction of Bella’s clothes

Worcestershire Constabulary circulated the information they had around other forces and posted notices in the main dental journals of the time because of the woman’s irregularly aligned teeth.  They checked reports of women missing locally and followed up various leads, but were not able to definitely link any of them with the remains.

The theories Speculation grew as time passed and the woman remained unidentified.  In 1941 a report had been made about screams being heard in Hagley Wood.  A search had been made at the time and nothing found so it was put down to foxes.  Was this connected to the body in the tree?  Who was the mystery woman?  Where had she come from?   Why had no one come forward to identify her?  Some speculated that whoever concealed body was probably local as the fact the wych elm was hollow wasn’t readily apparent.  It was unlikely a stranger to the area would have come across it by chance, but no clues came from anyone in the immediate locality.

Plenty of theories were bandied about over the years.  The discovery of one of the hands separate from the body led to speculation of occult practices.  Some thought she might be part of a traveller community camped for a short time in the area at the time, others that she was just a random murder victim who couldn’t be identified because of the sheer number of displaced persons and refugees during wartime or a victim of a drunken escapade gone wrong.  Other explanations offered were that she had been murdered by a serviceman who hadn’t survived the war or by the father of her child – the post mortem revealed that she had had at least one child.

In 1944 a new twist was added to the mystery when graffiti started to appear asking ‘Who put Bella down the wych elm’.  Records were checked and rechecked for missing ‘Bellas’ without success.  Did the writer know something? Was it a hoax?  Someone taunting the police?  Or someone with a personal interest in the crime?  The police were unable to trace the writer, but it gave the unidentified woman a name tag ‘Bella’ which the police adopted. 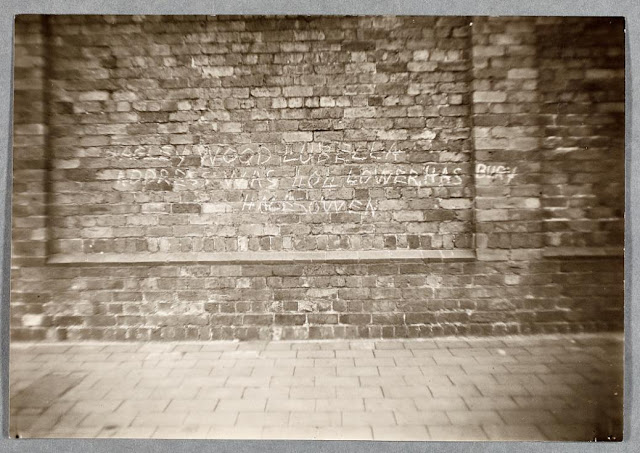 One of the typical Bella graffiti messages

Espionage? Another popular theory was that of wartime espionage.  Rumours were rife at various points during World War II that German paratroopers had landed in the north Worcestershire area.   Detailed knowledge about the scope and locations of local factories supporting the war effort could have been invaluable to the enemy.  Certainly for many the claims of enemy spies operating in the area had a ring of truth about them.  There were many variations over the years on the story of a female spy who had parachuted into the Midlands and had then disappeared without a trace.  The spy story was given an unexpected boost in 1953 when journalist Wilfred Byford-Jones wrote about the case in the Express and Star newspaper under the pen name ‘Quaestor’.  This renewed interest in the case ten years on prompted several letters to the papers, including the one from ‘Anna’ of Claverley mentioned above.  Anna’s intriguing letter continued with information about the potential identity of ‘Bella’ and her murderer:

‘The affair is closed and involves no witches, black magic or moonlight rites.  “Much as I hate having to use a nom-de-plume, I think you would appreciate it if you knew me.  The only clues I can give you are that the person responsible for the crime died insane in 1942, and the victim was Dutch and arrived in England illegally about 1941.  I have no wish to recall any more.’ 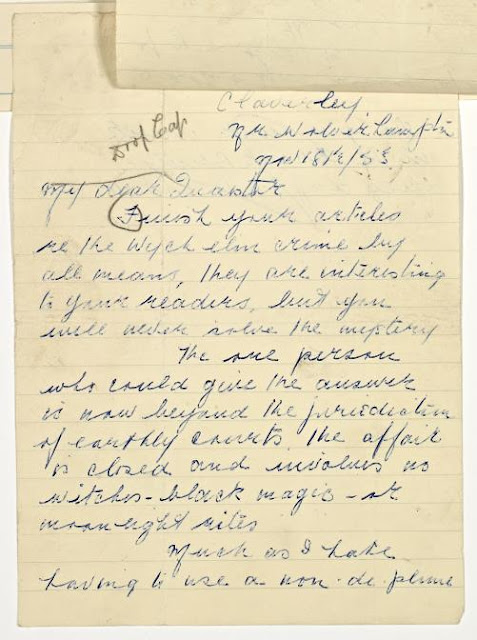 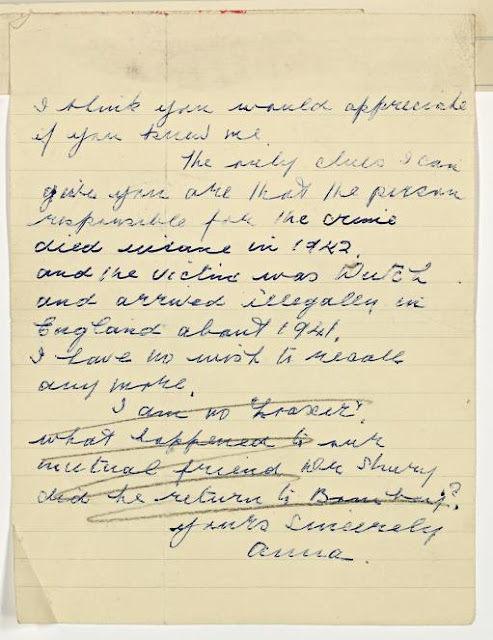 It certainly sounded as if the writer knew something.  The police looked again at the evidence.  After several appeals, ‘Anna’ met with Byford-Jones and the police.  She told them the story of group of pro German conspirators passing on intelligence about munitions and aircraft factories in the West Midlands.  One of them was Anna’s ex-husband.  Anna suggested that ‘Bella’ was Dutch and part of a spy ring operating in the area.  She also linked a Dutchman called Van Ralt, an associate of her ex-husband, with Bella’s death.  She said that her ex-husband was present when Bella was put in the tree and was haunted by what had happened.

The spy-ring theory gained more weight when MI5 published some of its wartime files.  Particular interest centred around Josef Jakobs, an enemy agent who was arrested after parachuting into Cambridgeshire in 1941.  Jakobs had on him a photograph of the German singer and actress Clara Bauerle.  He said that Clara was a secret agent who was to have parachuted into the Midlands.  Several people have linked the names Clara Bauerle and Clara Bella and speculated that Bella was Clara Bauerle.  This is an avenue still being explored to this day.  Another candidate put forward was ‘Clara’ Dronkers, a relative of a Dutchman, Johannes Marinus Dronkers, another spy executed by the British during the War.

The trail grew cold again.  As it was an unsolved murder, Worcestershire Constabulary kept the file on Bella open in case any new leads were revealed. Every few years a new outbreak of graffiti or another theory would reactivate interest in the case.  Over the years there have been many articles, TV and radio programmes about the case and even an opera and a play.  The case has also been referenced in song.

In 2005 West Mercia Constabulary (successors to Worcestershire Constabulary) conducted a review of the case and re-examined all the evidence on file.  They decided that there were no clear investigative leads to be pursued, recommended the case be closed and the surviving files be transferred to Worcestershire’s County Archives.  The files have now been listed as part of the Criminal Records of the Marches project to catalogue the archives of West Mercia Police held at The Hive. 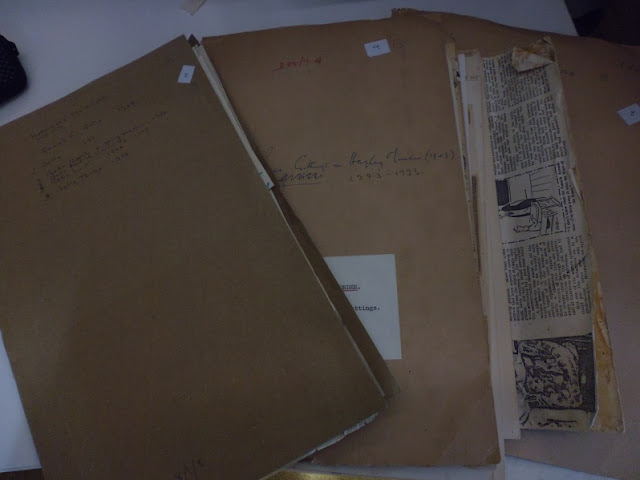 Some of the original Bella case files in the process of being catalogued.

And what of ‘Bella’?  We will probably never know whose remains were discovered in the wych elm, how they came to be there and why?  The question ‘Who put Bella in the wych elm’ will doubtless continue to intrigue, baffle and beguile people for many years to come.

Websites  There are many websites which record Bella’s story and the various theories associated with her death.  The following are just a selection:

There is also a Bayesian analysis of the Bella in the wych elm mystery by the Risk and Information Management Research Group of the School of Electronic Engineering and Computer Science at Queen Mary University, London.

On #BugBustingDay Rhonda, our conservator, shares about this aspect of her role. When I tell people I’ve just met that I am a Conservator, their usual response (after I’ve explained that I repair and stabilise books and paper so they can be handled and read without the danger of them falling apart)  is to say...