The Charles Archive: The Great Barn of Bredon – Devastation and Reconstruction

This is the second in a series of blog posts celebrating the life and work of timber-frame building specialists FWB ‘Freddie’ and Mary Charles.

In this blog article we look at one of the most well-known and significant buildings that Freddie Charles worked on – the Great Barn of Bredon.

Bredon Barn is a large, 9 bay, medieval threshing barn. Built in the 14th century as part of a monastic grange belonging to Worcester Abbey, the barn is nationally recognised as both a Grade I Listed Building and a Scheduled Monument. In 1951 it was donated to the National Trust, after which it continued to be used for the storage of hay following the agreement of a 30 year lease, allowing the previous owner use of the barn. 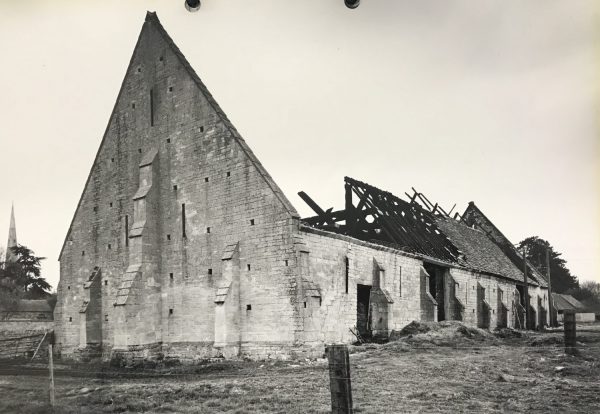 Bredon Barn – damage after the fire. Held by Worcestershire Archive and Archaeology Service

On Friday 18th April, 1980 a near catastrophic fire, reported to have been started by children playing with a cigarette lighter, swept through the barn. In his article ‘Bredon Tithe Barn’ published in the Worcestershire Archaeology and Local History Newsletter No. 29 (Autumn/Winter 1982) Freddie Charles describes how a visitor in search of the farmer heard cries and said afterwards that ‘if only he could have found a bucket, let alone a fire-extinguisher, he could have put the fire out’. At 16.22pm Fire Brigade Control received a telephone call to notify them of the fire. The first fire appliance arrived at the barn at 16.30pm, only eight minutes after receiving the call.

The article continues to describe how ‘heat had built up at the north end of the barn, where the fire had started, until whole chunks of the roof had collapsed’ and how ‘fire swept through the length of the barn to the southern end, where the damage to stone was greatest’.

In Broadway Fire Brigade – A History, Brian Parsons describes how fire crews from all over the area fought the fire but were unable to save the building. 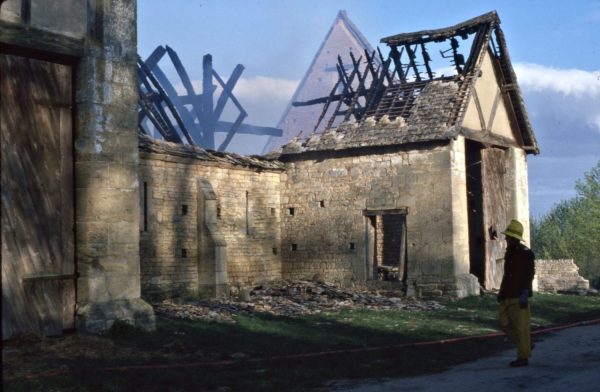 Following a National Trust appeal, and with the expertise of Freddie Charles, the barn was meticulously restored over the next three years. There appears to have been much debate as to whether such a historically and architecturally significant building, so catastrophically damaged by fire, could, ‘or should’ be restored. Below is a description of the restoration in the words of Freddie Charles himself;

‘Everything of the old that could be re-used was preserved in the new structure. No attempt has been made to disguise the new, but instead the new corbel stones in the south wall are dated and the new timbers can of course be distinguished though they do not stand out from the charred members, cleaned by brushing but still black. And lastly the date of the fire and the names of the workers who re-built the barn will be carved on the tie-beam of truss VI, the first on entering the barn by the south east porch to be seen of the re-framed trusses’.

The Bredon Barn archive is an excellent example of some of the fascinating material gifted to Worcestershire Archive and Archaeology Service by the Charles’ which is finally being made publically accessible, thanks to funding from Historic England. As well as photographs of the aftermath of the fire, the archive contains a fascinating insight into the barn’s reconstruction. The slide show below is just a snapshot of some of the correspondence, drawings, plans, photographs, project work books and accounts that make up the archive. 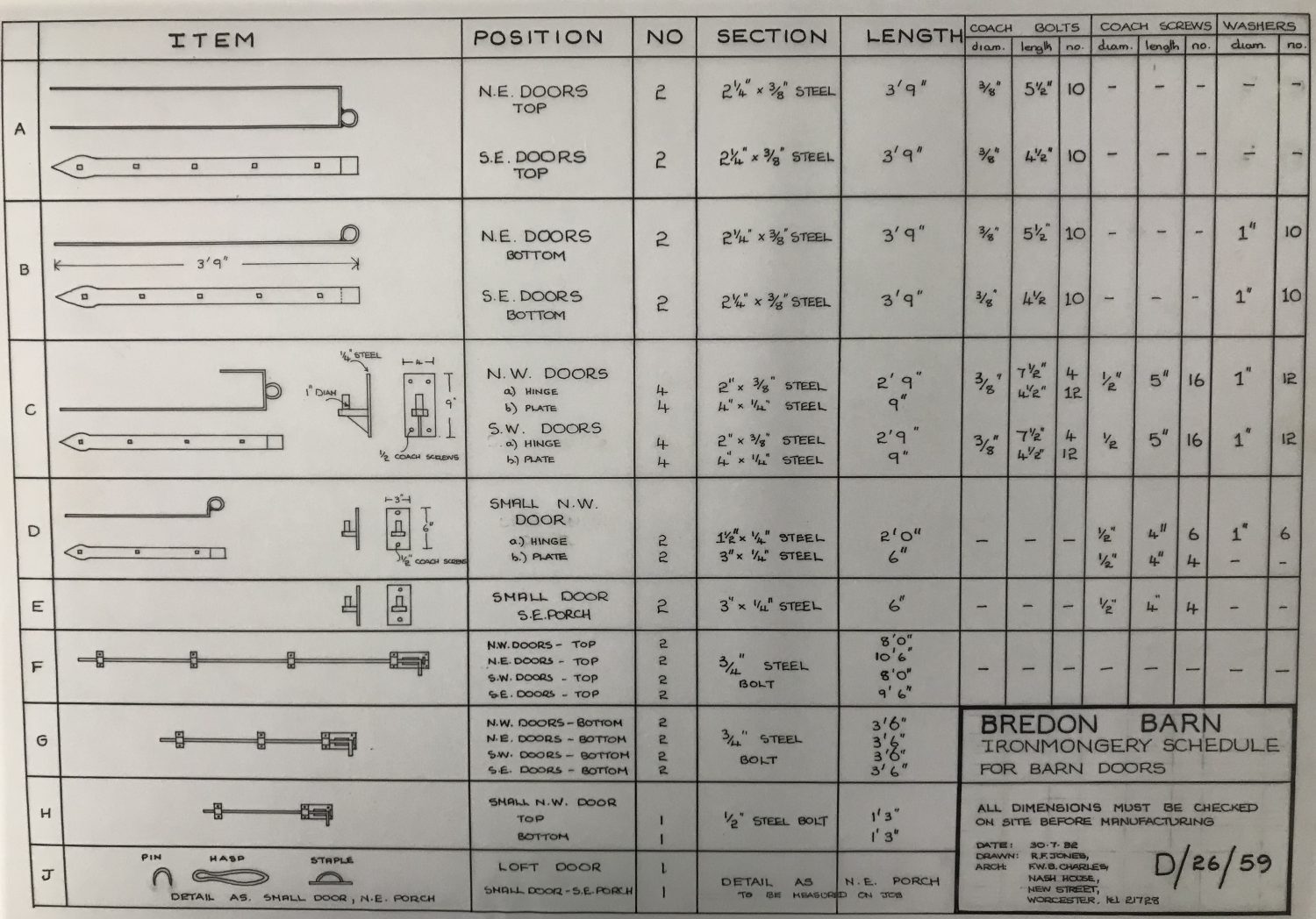 The Ironmongery schedule for the barn's doors dated 30th July, 1982 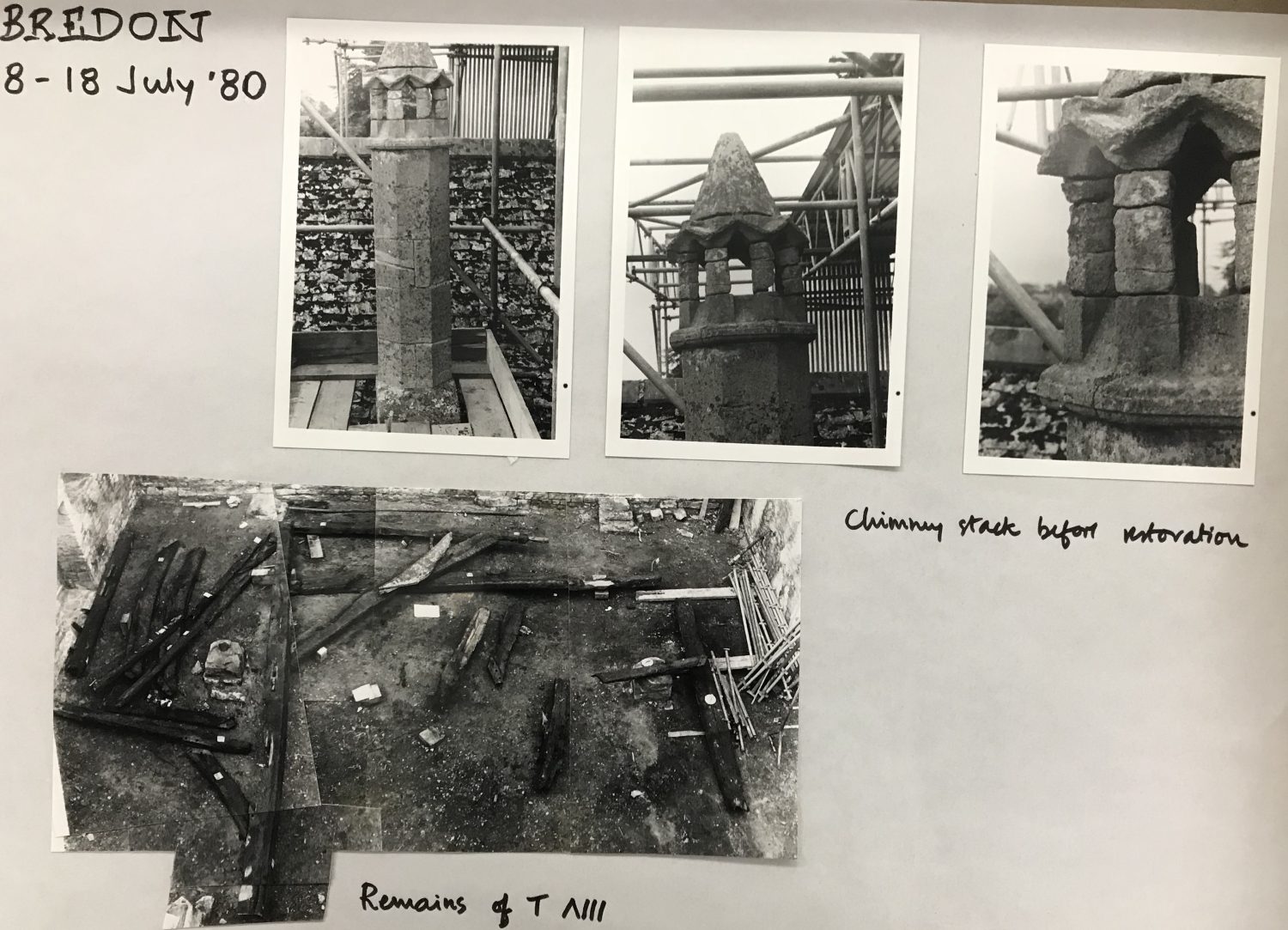 Photographs dated 8 – 18th July 1980, of the medieval stone chimney with conical roof and charred timbers laid out on the floor 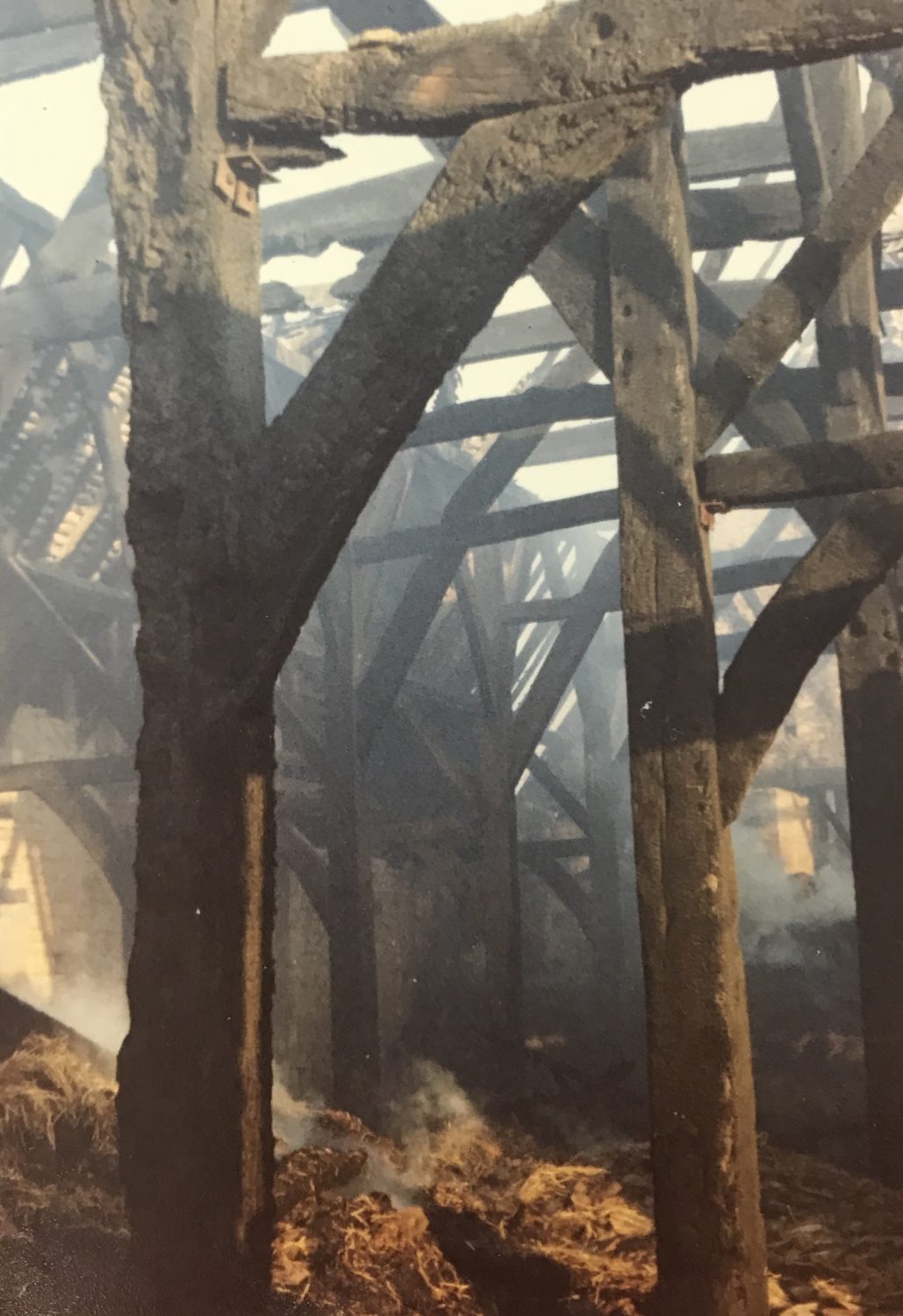 Smouldering hay and blackened timbers in the aftermath of the fire 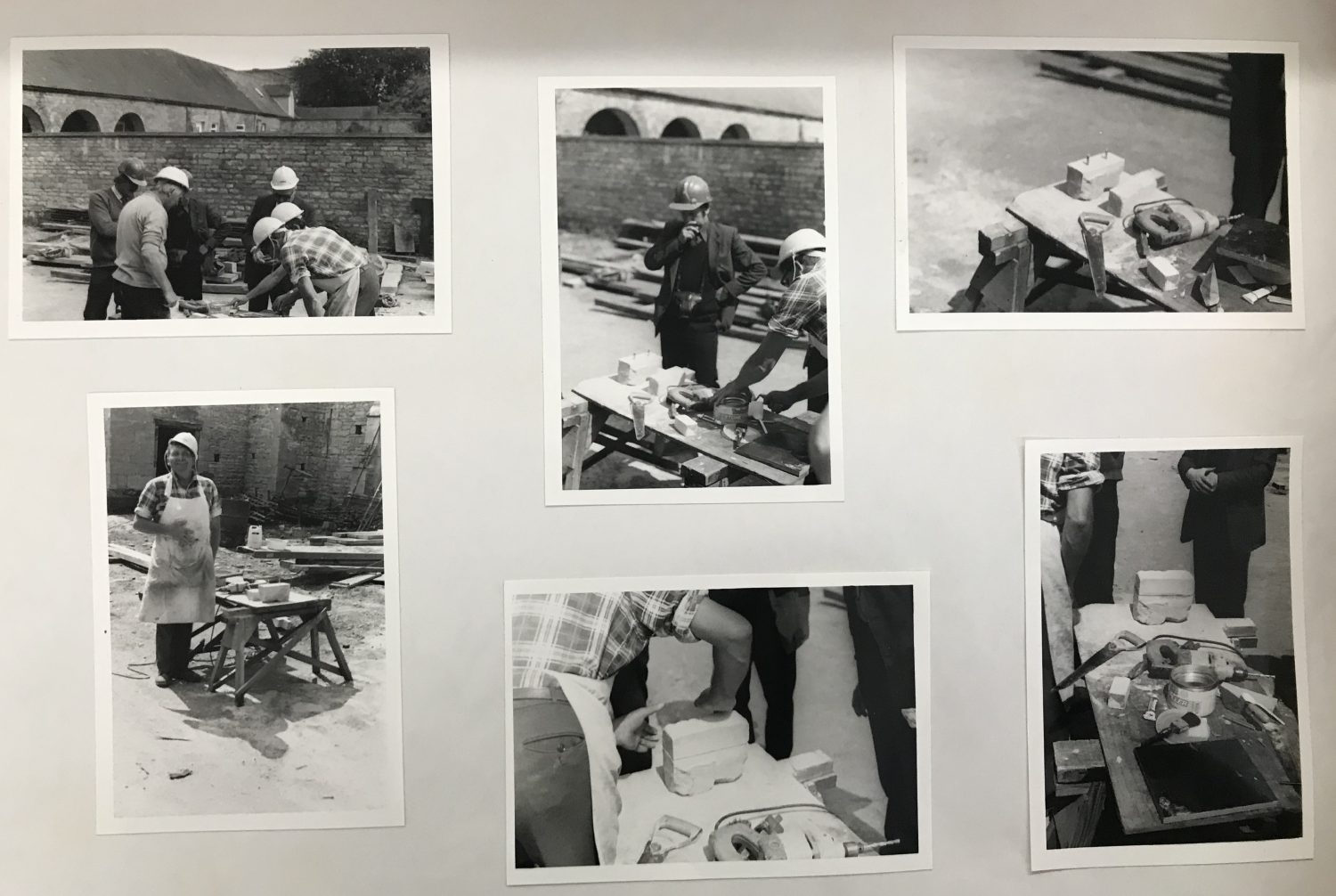 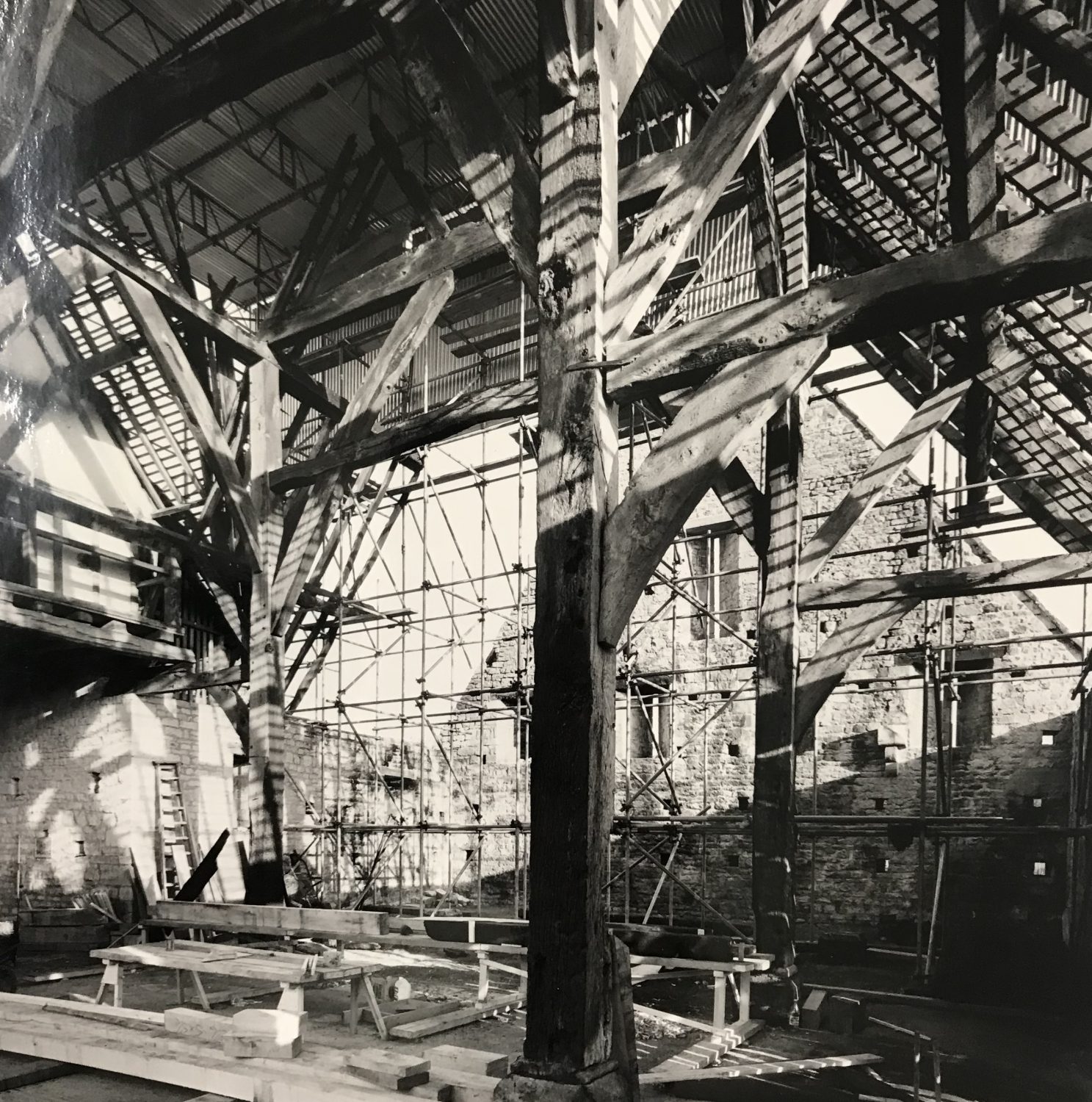 Reconstruction inside the barn 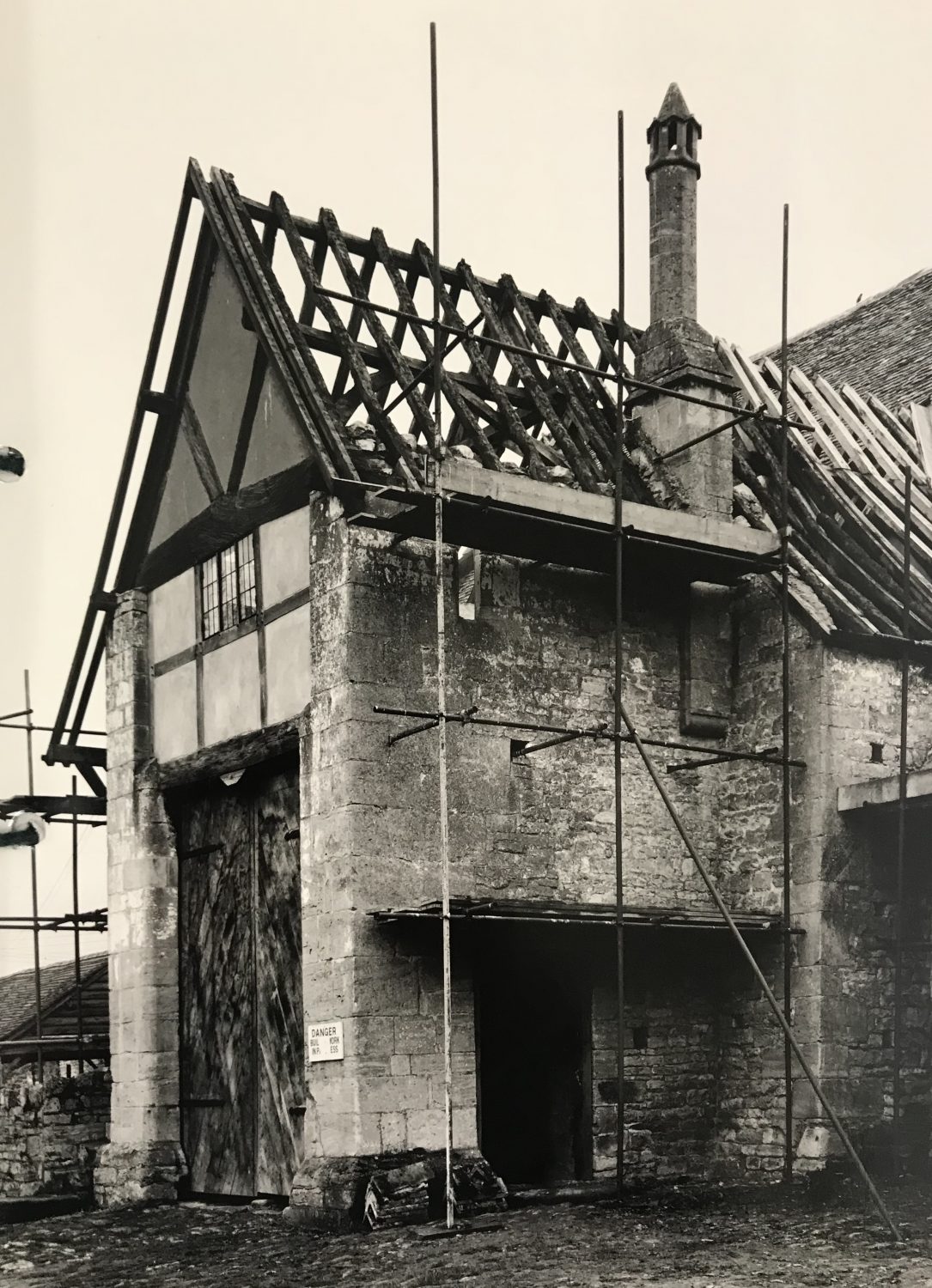 Scaffolding on one of Bredon's Barn's two large porches. Note the bailiff's solar room over the porch and fine medieval stone chimney with conical roof 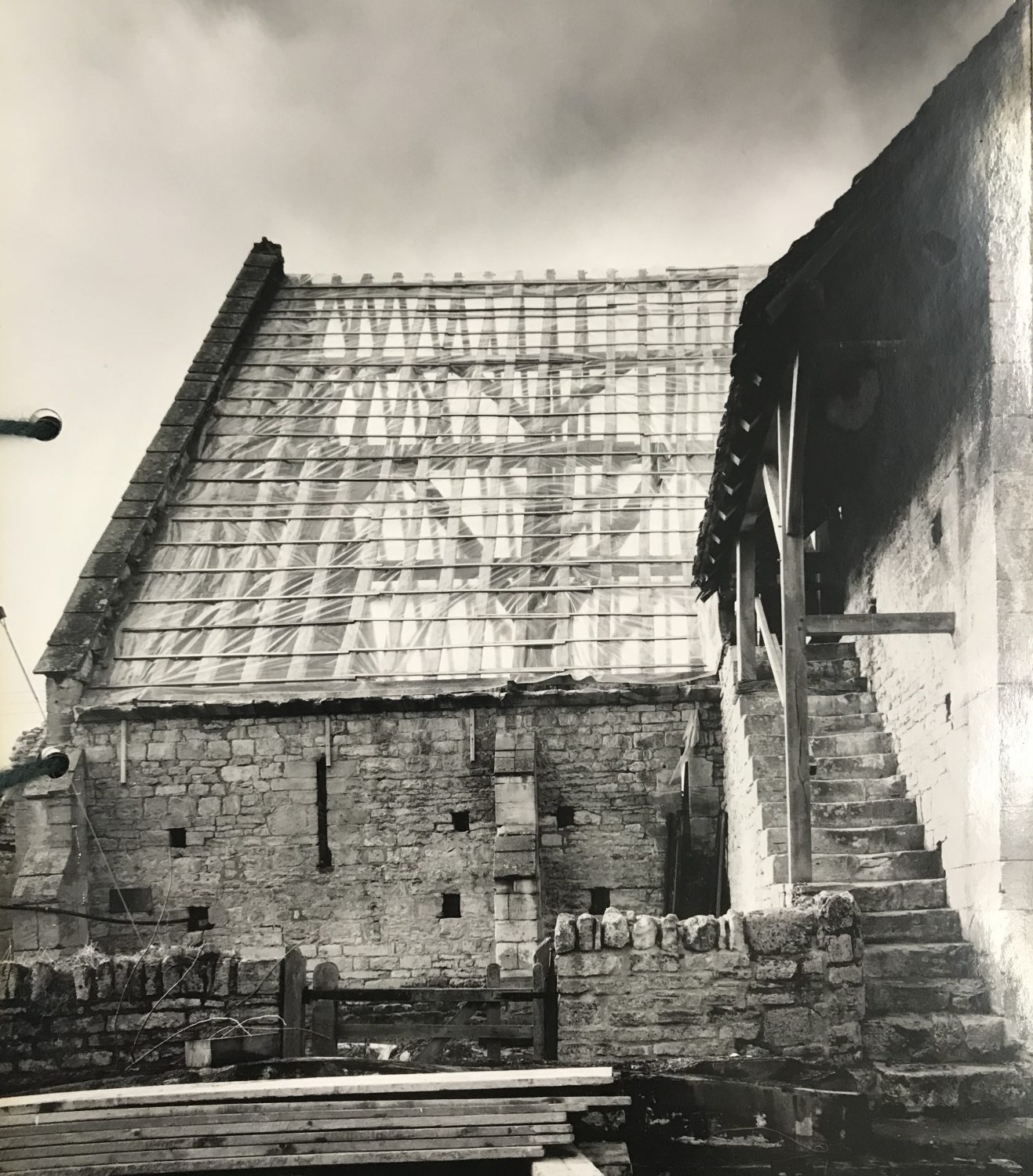 View of Bredon Barn roof from the outside, temporarily covered while undergoing reconstruction 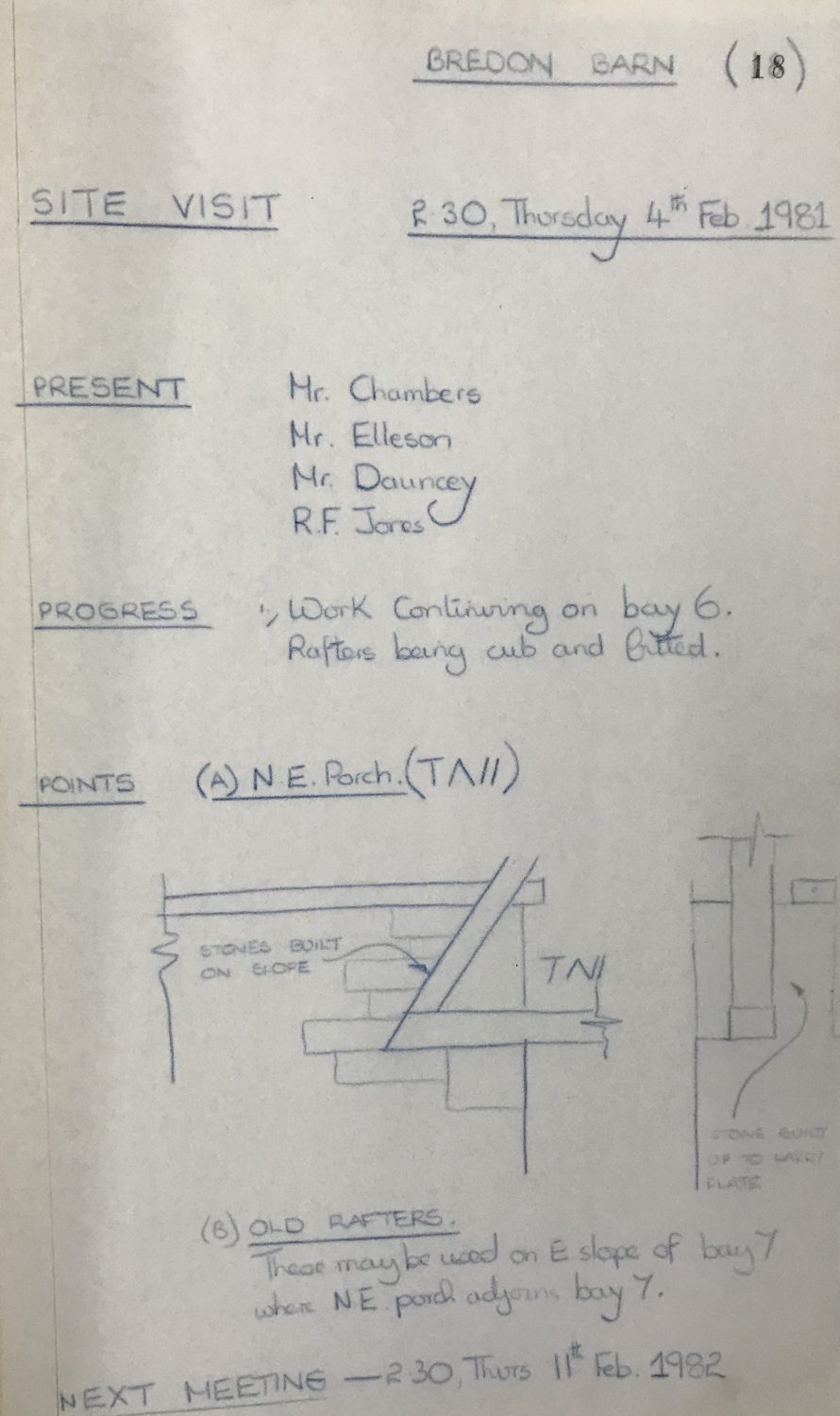 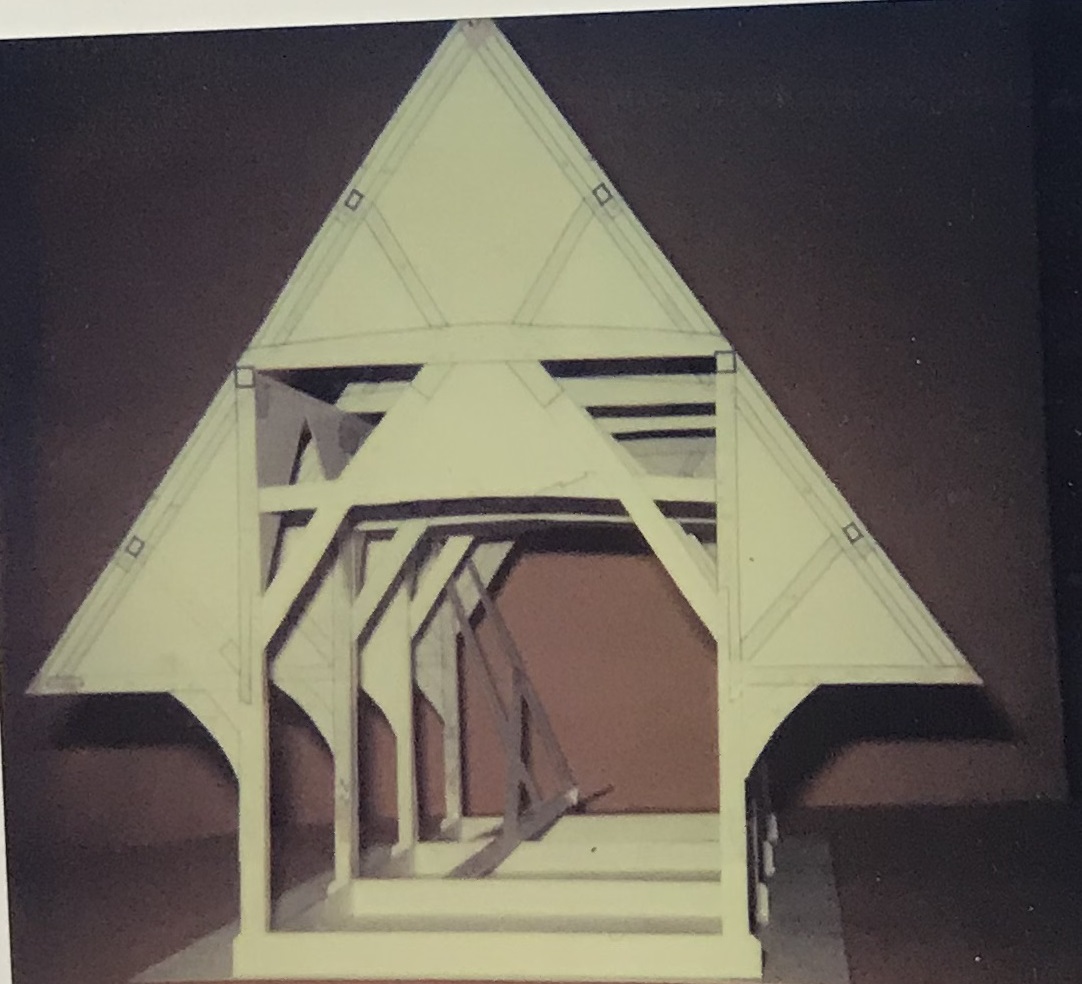 Photograph of 3D model of the barn 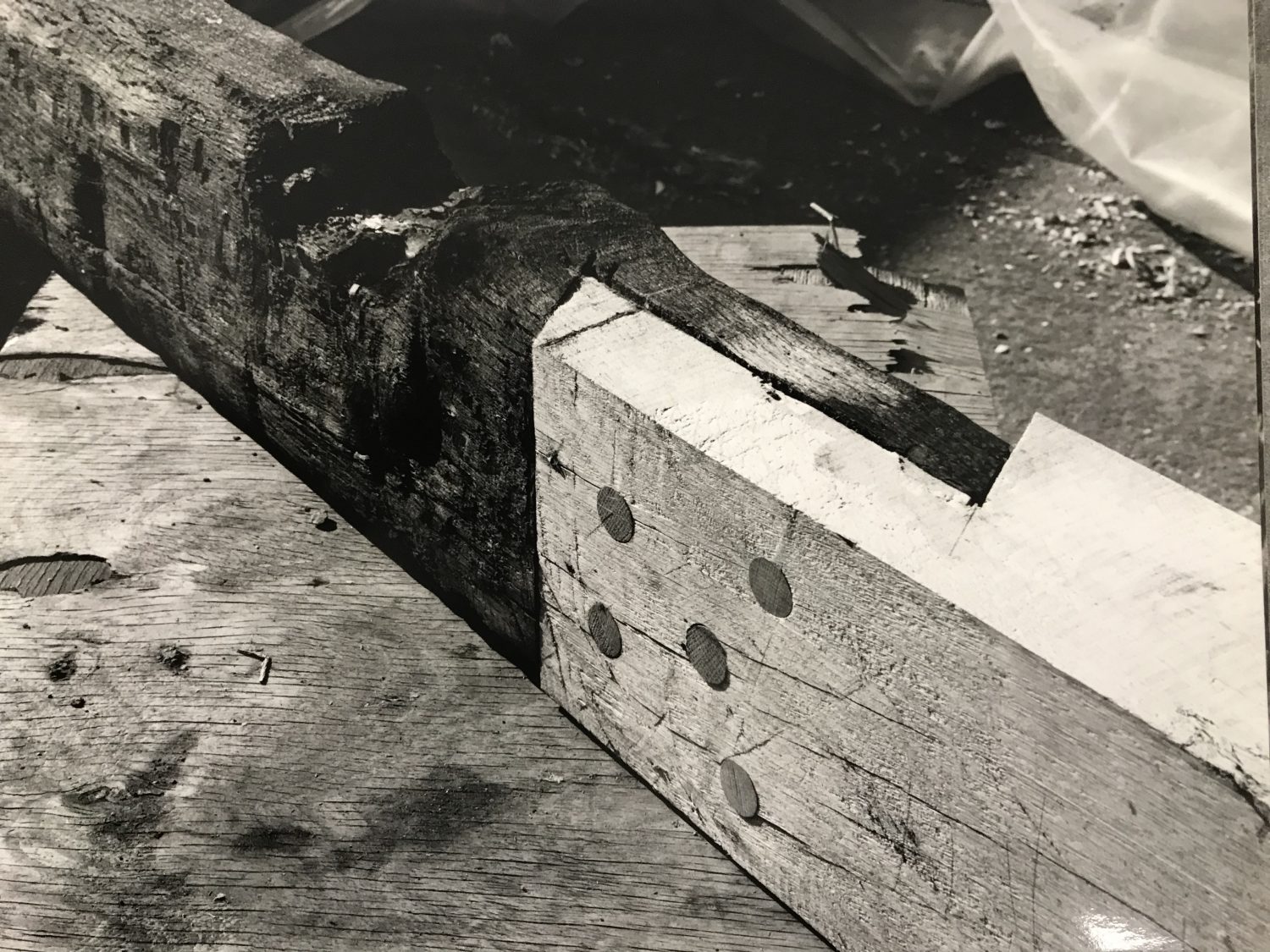 Close up photograph of a charred timber and scarfed-in repair 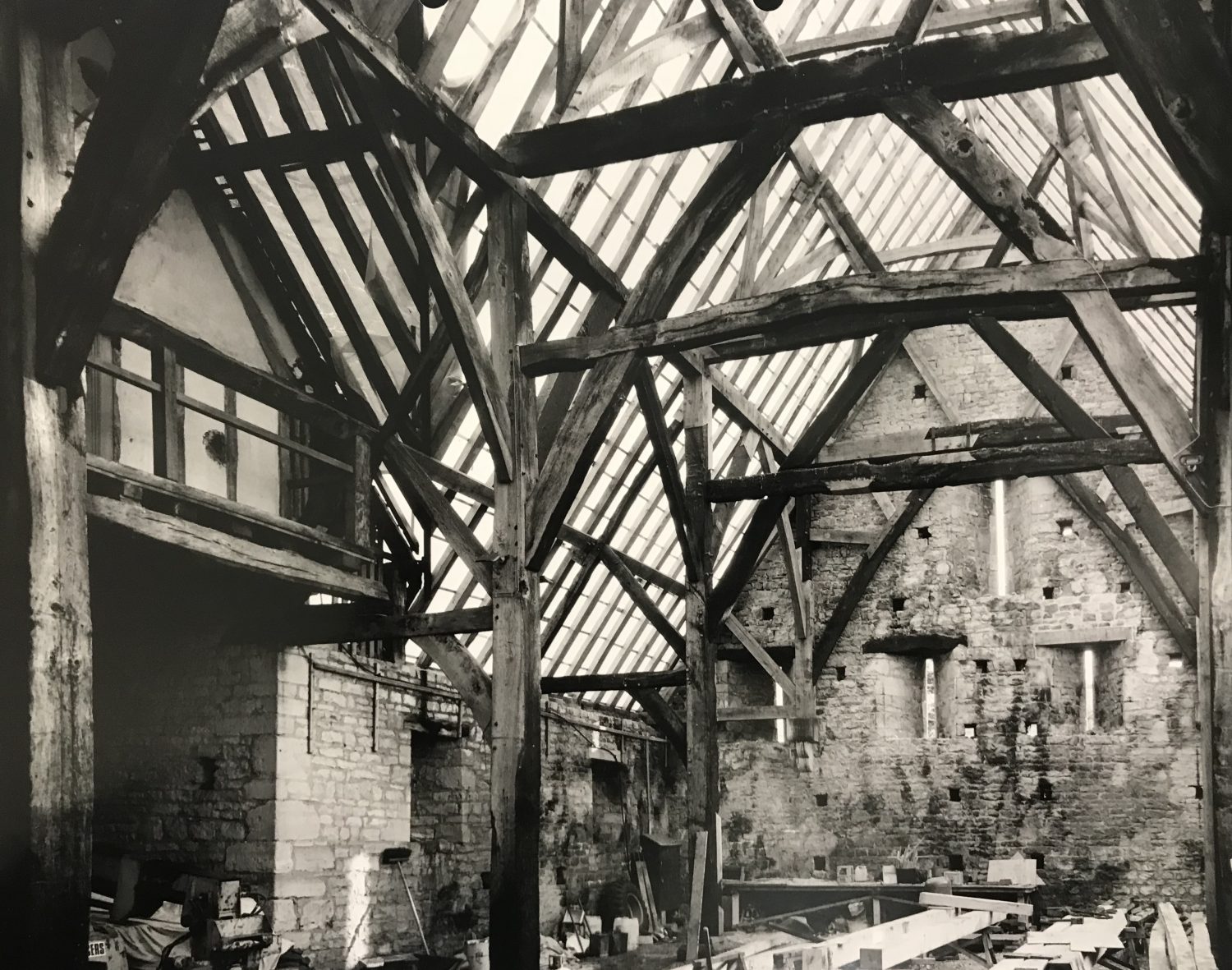 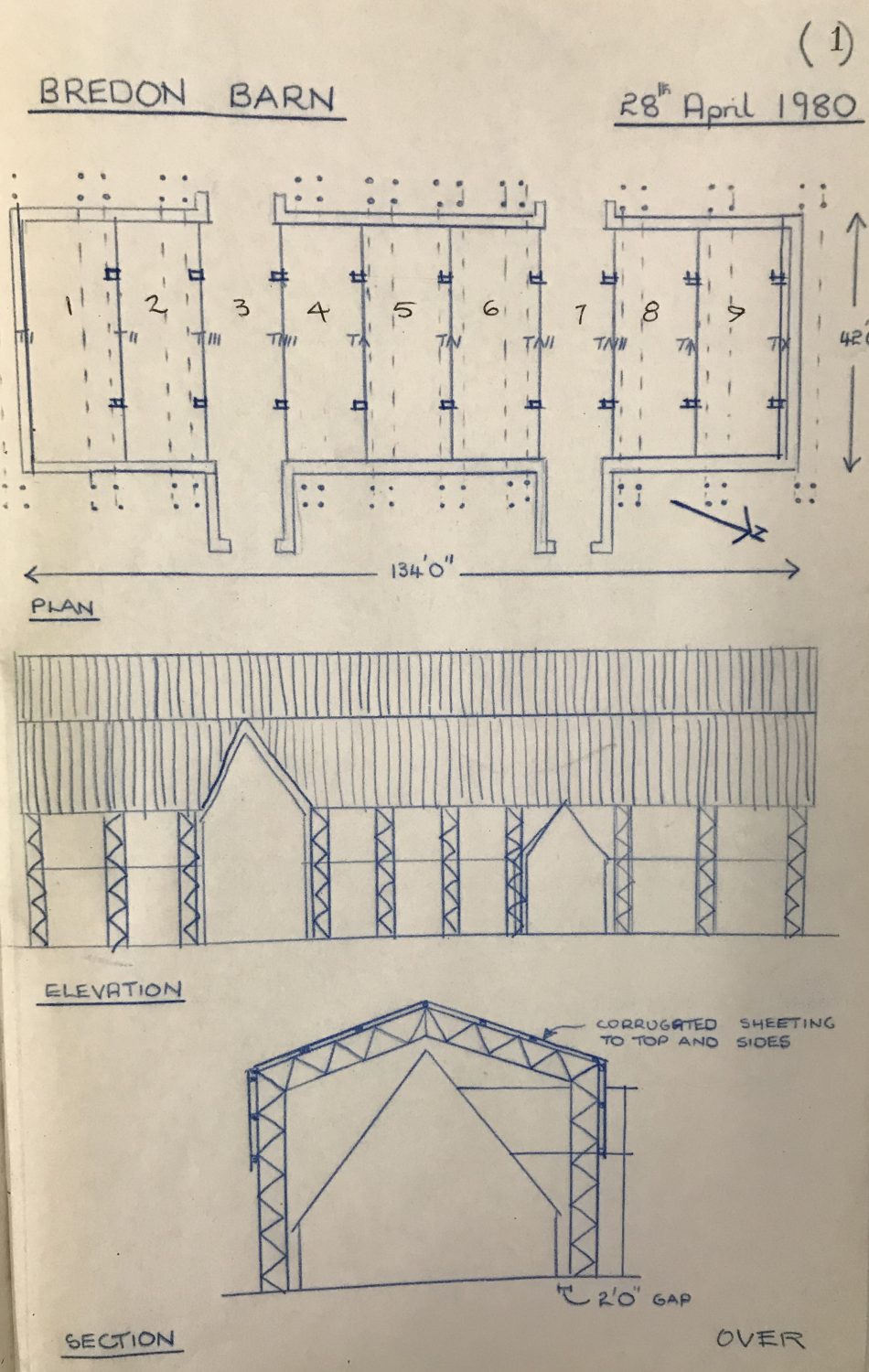 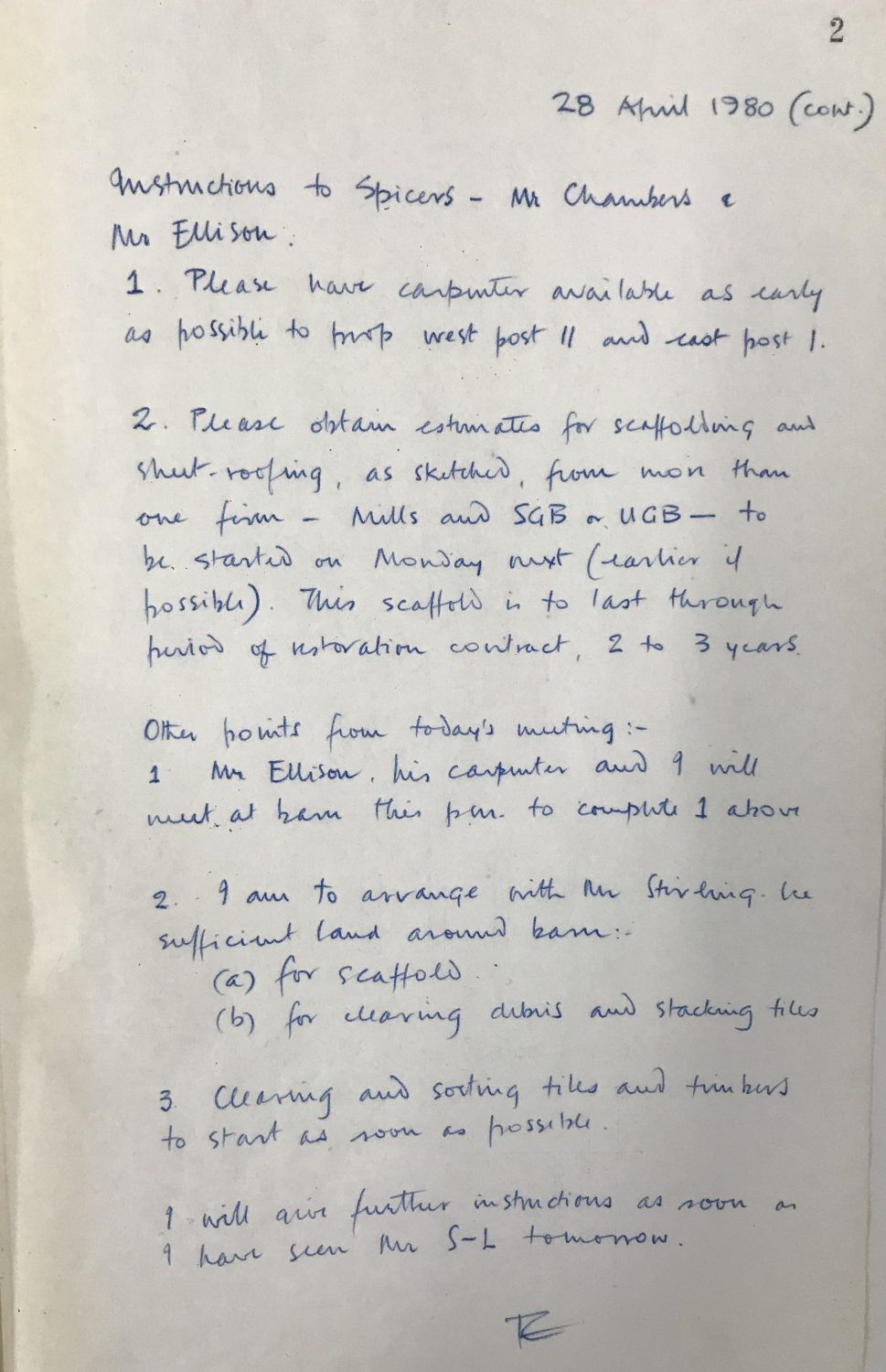 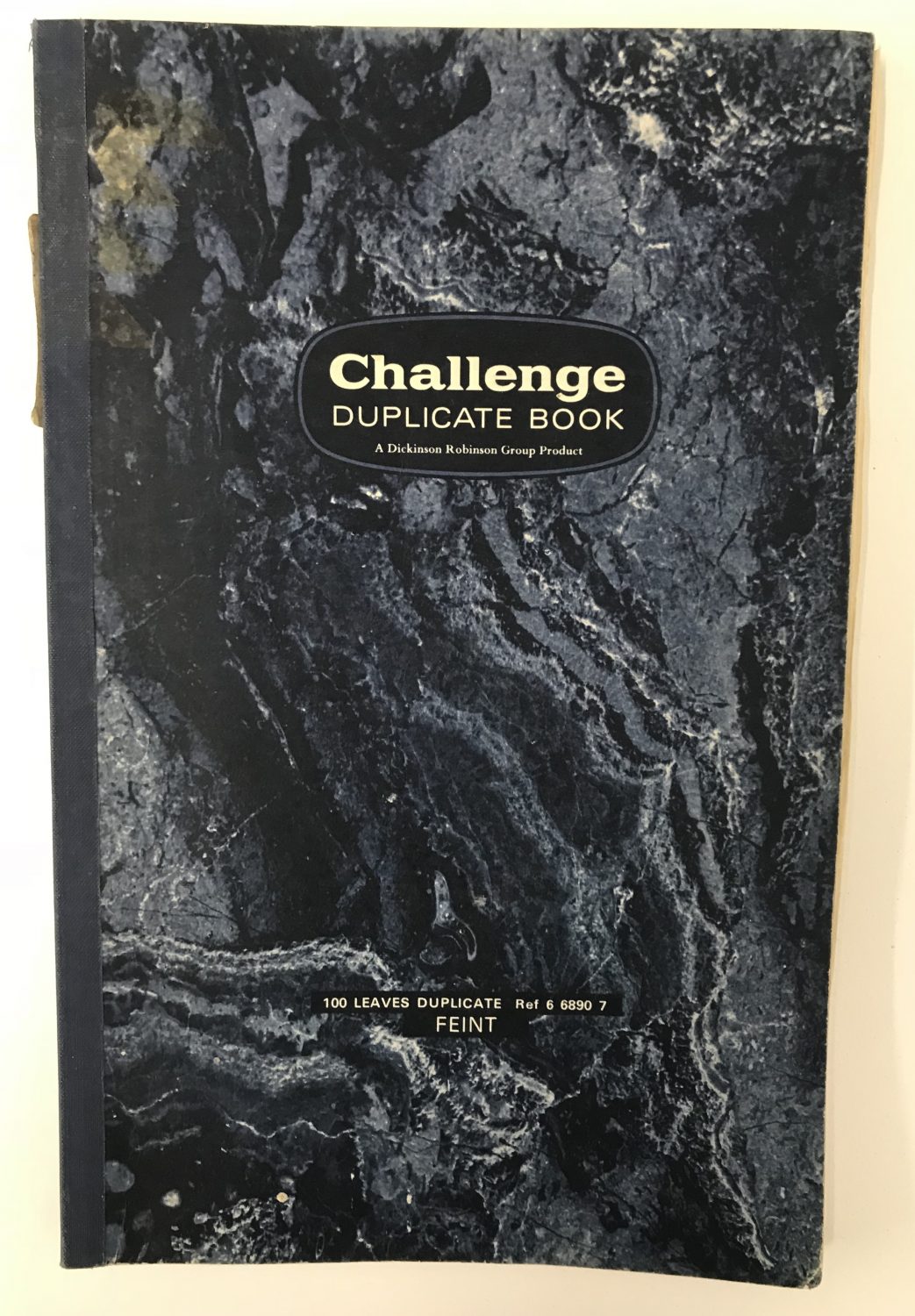 Take a look at our slideshow to see more of the items that are held by Worcestershire Archive and Archaeology Service: Charles Archive Collection.

To find out more:

Or why not plan a visit! For opening times and information check the National Trust site for Bredon Barn.