In 2018, the Worcestershire World War 100 project is looking to bring forgotten and half remembered stories of how the First World War affected the lives of the people of Worcestershire.

Since the start of the project, we have invited members of the public to share their family stories and memorabilia, which we will be sharing through the People’s Collection.  The People’s Collection will be on display in venues across the county from May onwards and we have been working with local history societies and local people.

Many of the stories that have been shared with us have been poignant. 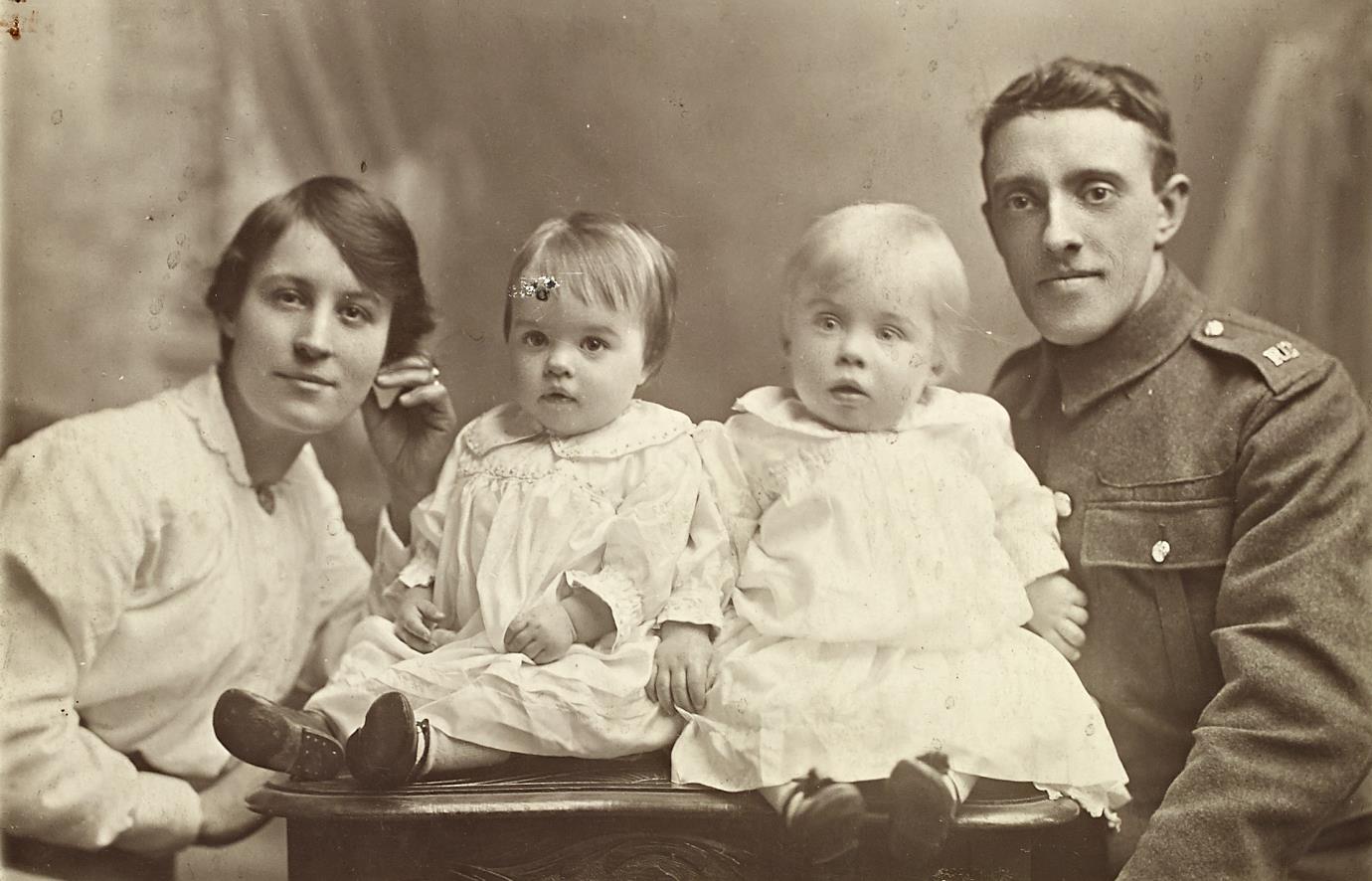 Walter, his wife Gertrude and twins Gwen and George

In 2014, Mrs Pat Holt shared with us the story of her grandfather William Haywood. William was born in Worcester in 1890, like many men of his age at the time, he worked in the gloving industry near to his home at Wylds Lane.  In 1917, he joined the Royal Engineers as a wireless operator.  He left Worcester in August from Shrub Hill station, leaving his wife and 18 month old twins, he wrote in his diary:

“I shall never forget my feelings that day and for a few days to follow until I had begun to settle down. … this is what made me full up. I had one time parting with the dear children at home but here were the wife, mother, dad, sisters and friends…”

Walter travelled through German East Africa to Dar El Salaam. His diary highlights the injustice between the quality of food of officers and men.

“It is a scandal to see the difference between the officers & men the officers have fish, Ham, Bacon, Liver, Eggs &ct for breakfast For dinner they have seven courses including stewed Fruits & custards in fact they live like fighting cocks, Where we for breakfast every morning get a little porridge & a little bread (short rations) & butter enough for one piece”

Walter died at Dar El Salaam on 8th November 1917, from dysentery possibly exacerbated by poor nutrition, having never seen active service.  He was 27.

One response to “The People’s Collection”

Since 2009, Worcestershire County Council has been working with English Heritage (now Historic England) to characterise historic farmsteads in the county. Taking this forward to a more in-depth level, the Worcestershire Farmsteads Project was established in 2017: the project is volunteer-driven with individuals carrying out building recording, photography and historical research. Our purpose is...

Asparagus & the Vale of Evesham

Asparagus is intrinsically linked to Worcestershire, especially the Vale of Evesham where it has protected food status. This luxury vegetable has had its ups and downs, with commercial growing dwindling from the 1970s until a revival in the 21st century. It was popular among market gardeners, with plants providing a good cash crop for over...