This is the third in a series of blog posts celebrating the life and work of timber-frame building specialists FWB ‘Freddie’ and Mary Charles. Funded by Historic England, the ‘Charles Archive’ project aims to digitise and make more accessible the Charles collection.

Freddie Charles found himself teaching architecture at the University of Birmingham after the war. Moving to Bromsgrove in 1948 Freddie and Mary ‘were overwhelmed by the timber framed buildings’ (Charles, Freddie (7 of 13) National Life Story Collection: Architects’ Lives). Setting up their practice by the early 1950s the archives show that in 1959 their business address was 36 New Road; by 1961 the business had moved to 2-4 High Street. Employed by Worcestershire County Council to look at ancient buildings Freddie soon developed a reputation for specialising in vernacular buildings and timber-framed repairs.

Post War investment stimulated development across Britain and Bromsgrove, like many other towns and cities across England, was experiencing considerable change during this period. Dismayed by some aspects of its re-development, which included considerable demolition and re-building of the town centre, much of it to facilitate the car, the Charles’ became involved in attempts to ‘save’ some of the towns historic buildings threatened with demolition, ‘our viewpoint on old towns such as Bromsgrove is very definitely that they are far too valuable socially, architecturally and historically to be sacrificed to the needs of modern traffic’.

The Charles Archive encompasses reports, newspaper articles, photographs and drawings associated with a number of interesting buildings, some extant, some now demolished, including 1 High Street, 6-8 High Street, 81-83 High Street, the Dog and Pheasant and 23-27 Worcester Street. 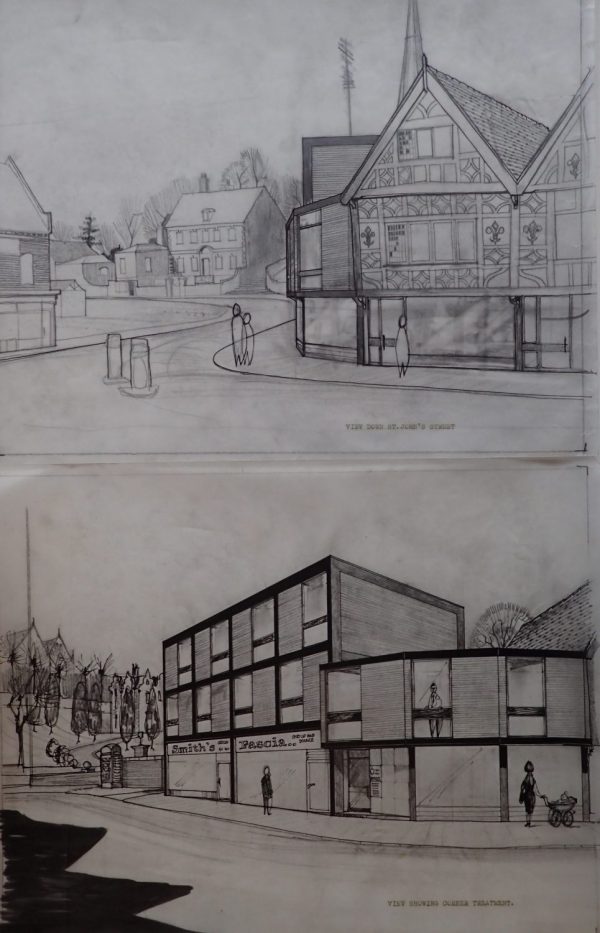 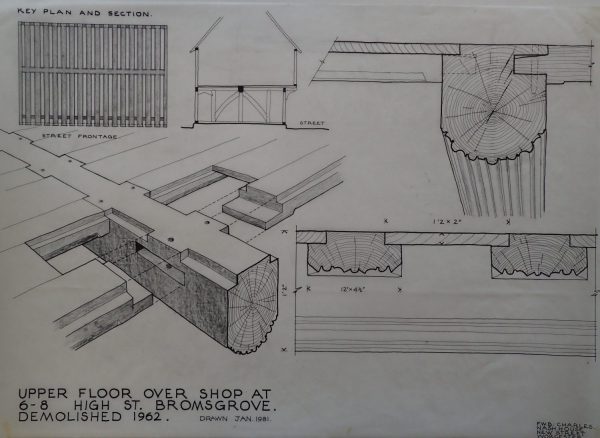 Drawing showing upper floor, over shop, at 6-8 High Street, Bromsgrove. Demolished 1962. Drawn January 1981 [? In preparation for Conservation of Timber Buildings book]. A simplified version of the drawing was published in Conservation of Timber Buildings p.92 fig. 100]. The section shows a jettied frontage of 16the century origin. Details of the floor show a richly moulded spine beam with equally elaborate joists (b705:1246/BA12857/5/15) 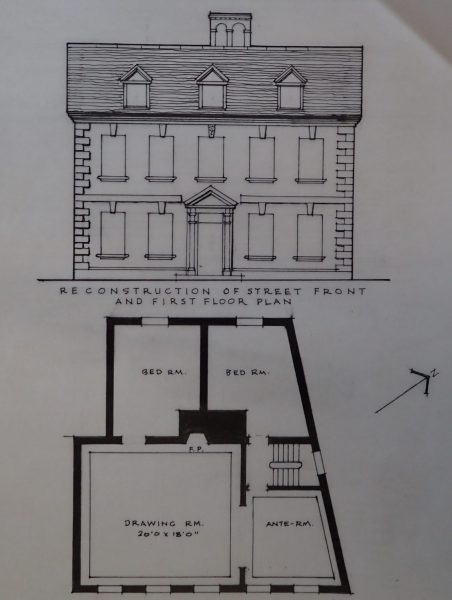 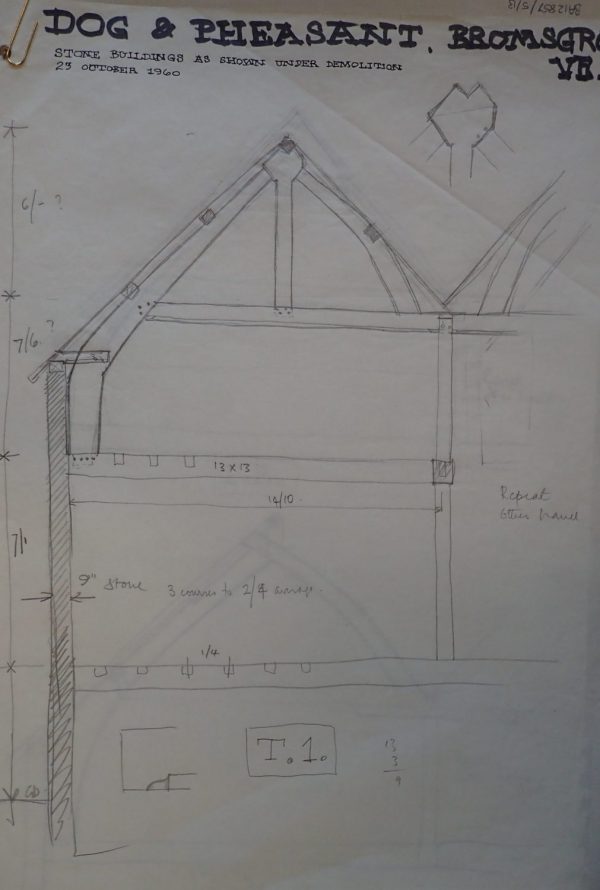 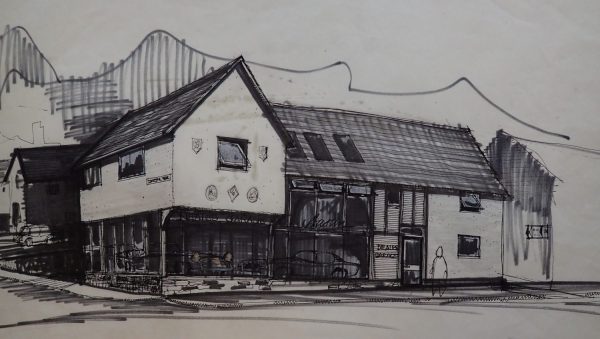 Sketch perspective of proposed conversion of 23-27 Worcester Street to motor car showrooms. This building was surveyed by FWB Charles prior to its eventual demolition in 1962. Originally built as a single ‘hall’ type house with solar cross wing, in the late 15th century, it was re-built at Avoncroft in 1967 and is now known as the ‘Medieval Town House’, ‘Bromsgrove House’ or ‘Merchants House’ (s705:1246 BA14644/16).

It was the demolition of 23-27 Worcester Street that stimulated Freddie Charles, and his supporters, including Christopher Cadbury, who donated both money and land at Avoncroft College of Further Education, to establish Avoncroft open air museum. Founded in 1963 and opened in 1967 the museum was the first of its kind in England. Avoncroft open air museum now contains over 30 buildings and structures, dating from the medieval period to the 20th century.

The images in this post were taken by our Digitisation team. For more information about their work, or to enquire about having your own material digitised, check our Collections Services page.

One response to “The Charles Archive: Saving Bromsgrove”