Public Projections around The Hive – the ‘missing’ art project

Re-using some of the actual images created and used by Whinfield, for public display around The Hive, is one of the ways we are making the collection more visible, emanating out from the building that holds the originals in a dark basement. Presenting them again in projected form, in two windows at The Hive and on the city wall across the street, was a way of inserting them into everyday life. Despite being historic and at times even a bit obscure, the selection, totaling 180 black and white photographs, captured lots of attention from passers-by over three nights in April, leading to some great conversations.

Each of the projections sites were chosen to catch people’s attention as they passed by and to enable them to easily consume a few of Whinfield’s images along the way. Viewable from different points around the building each projection showed different sets of themed slides. 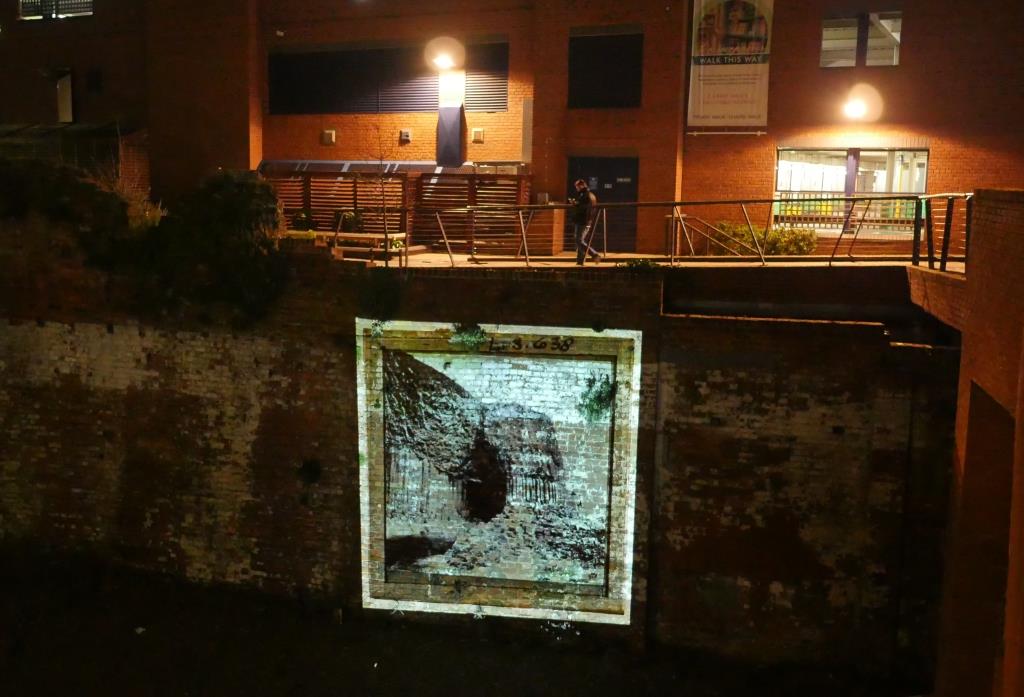 Slide projection on to the city wall, just outside The Hive

Rock Formations, Large Building and Ruins were projected onto a wonderful remnant of the city wall in a vacant plot, blending architectural imagery with organic forms. Blowing them up gave a real solidity to the photos and they interacted with the huge wall in unpredictable ways. 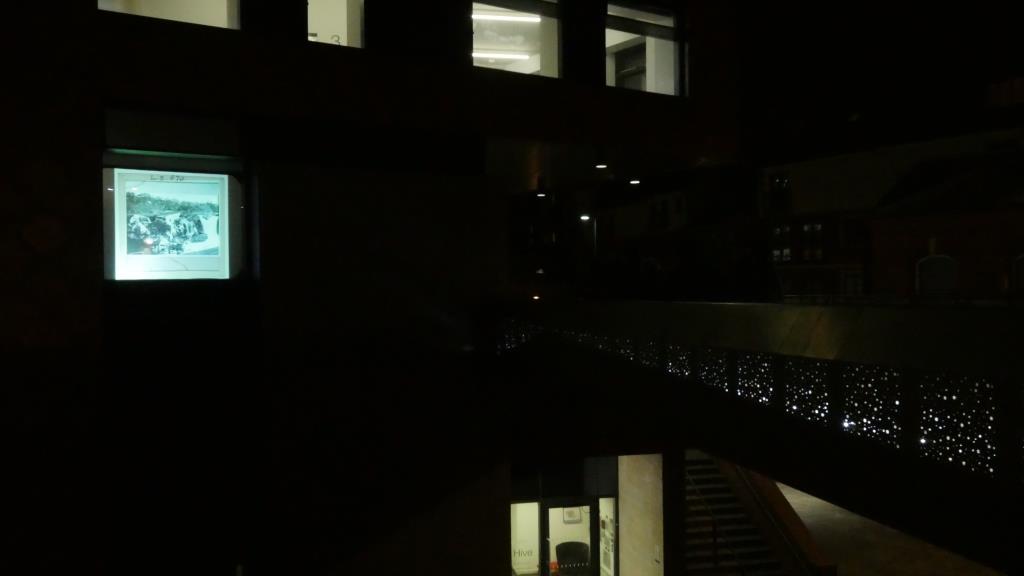 Another set, viewable from the gold pedestrian bridge, featured collections of Bridges, Churches, Interiors, Stone work and Waterfalls. The one’s above the Hive cafe were themed around AHW’s Travel photos and Landscapes and Rivers. 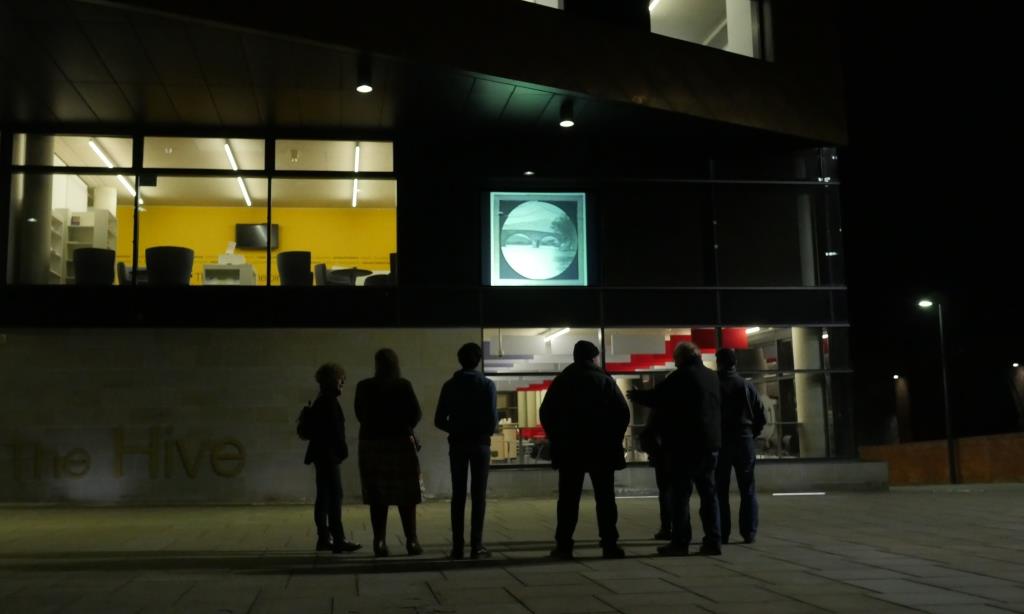 Slide projection by The Hive cafe

The 10 themes we pulled out from the cabinet of magic lantern slides is just one set of possible categories that could have emerged from the vast collection at this point in time. However they give a good idea about what some of AH Whinfield’s interests were and show some subjects recurring in an almost obsessive way. 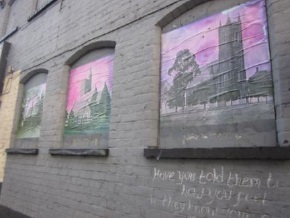 Adding to the ambient effect of projecting the collection from The Hive onto outdoor spaces, we pasted up some blown up slides of Churches in Victoria, taken by Whinfield when he lived in Australia, onto the former ‘Images’ nightclub building. The interesting thing about these three slides is that Whinfield (presumably), has experimented with adding dye or ink or some other colourant to the skies and partially, to the buildings too. It gives them a slightly eerie and exaggerated quality, with these really dramatic pinks and purples acting as a kind of celestial backdrop for the churches to float within. 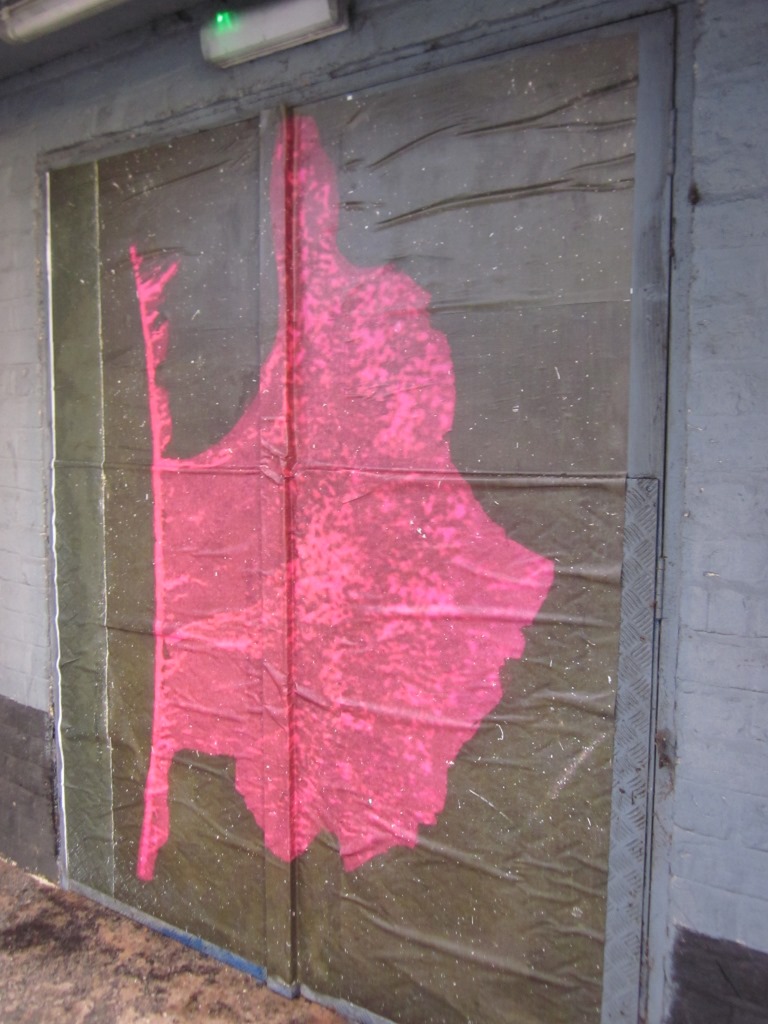 These were coupled with some from the Astrology draw, featuring solar prominences and other cosmic imagery, offering a more scientific perspective, but also featuring hues of deeps reds and translucent pinks, suggesting some kind of visual affinity with the unreal skies above the churches.

Whinfield slides pasted on to former nightclub opposite The Hive

We’re planning to insert more of these pasted up images in the environs of The Hive in June, showcasing some more of the amazing photographs and pictures so that they find their way into people’s consciousness. The large scale projections thrown onto architectural surfaces, using technology that is in keeping with the nature of the magic lantern slides, produced arresting but fleeting images in public spaces. The pasted up versions are longer lasting echoes from the past and offer a chance to get to know some of them better.

Thanks to Joe Potts for being our Projectionist and for capturing some great photos!

You can find out more about the HLF funded Whinfield project here.