A new two year project focussing on the market gardening heritage in the Vale of Evesham has just been awarded £68,700 by the Heritage Lottery Fund (HLF) and £5000 from Historic England. The project is being run by Worcestershire Archive & Archaeology Service (WAAS), in partnership with Cleeve Prior Heritage Trust, Vale Landscape Heritage Trust, Worcestershire Farmsteads Project and Cleeve Prior Parish Council.

Market gardening shaped the local landscape and economy around Evesham from the 19th to mid-20th century, but much of this heritage and knowledge has since been lost. Every market gardener built themselves a shed at the end of their grounds. Locally known as hovels, these since neglected historic buildings will be the focus of the project. 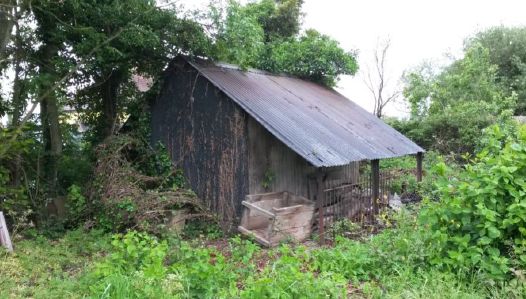 Market gardening ‘hovel’ in Cleeve Prior, which is one of the three that will be restored during the project and given interpretation panels © Ian Robinson

Thanks to National Lottery players, alongside public events and the production of educational materials a survey will be carried out to record surviving hovels and three will be physically restored. Few records exist about these once common buildings and it is currently not known how many survive. The Market Gardening Heritage project is seeking volunteers to help carry out the hovels survey during the next two winters, whilst vegetation is low. Work will be carried out at your own pace in small groups and full training will be provided (the 2 hour sessions are currently running at 10am on Wed 21st Nov, Sat 24th Nov and 1.30pm on Tues 4th Dec).To sign up, or for further information, please contact Worcestershire Archive & Archaeology Service on explorethepast@worcestershire.gov.uk

Paul Hudson, Learning and Outreach Manager at WAAS, explained that, “We are thrilled to get this money to help us record these structures which were an important but often overlooked part of the landscape in the Vale of Evesham, as well the giving us the opportunity to restore three. We also look forward to hearing people’s stories of market gardening and making them available.”

Vanessa Harbar, Head of HLF West Midlands, said “We are delighted to support this project, which, thanks to money raised by National Lottery players, will mean that more people will be able to get involved with, protect, and learn about the heritage right on their doorstep.”

A local football story was uncovered during the Market Gardening Heritage Project, whilst going through one of the hovels which is being restored as part of the project. The hovel’s contents, which had been left behind by Edgar Wheeler after he died in the 1990s, included report sheets for the Evesham Journal, for whom he sent match reports, as well as his gardening tools and paperwork.