This is the eighteenth in a series of blog posts celebrating the life and work of timber-frame building specialists F.W.B ‘Freddie’ and Mary Charles. Funded by Historic England, the ‘Charles Archive’ project has digitised and made more accessible the Charles Archive collection, which is now accessible at ADS.

This blog examines 31 High Street in Droitwich, otherwise known as ‘Stephens’ after its occupiers from the 1930s. This building, along with numbers 33 and 35, is believed to have originally been part of a medieval open hall house with the standard tripartite (or three part) form. Number 33 originally formed a two-bay hall with number 35 likely to have been the service wing and number 31 the solar (parlour). Number 33 is the oldest domestic building in Droitwich dated to the spring of 1340 and is noted as containing some particularly fine carpentry (Historic Droitwich, 2018).

This theme of fine carpentry continued into number 31, which is thought to have been built as a replacement element or extension of number 33 in around 1403 and 1428 (Arnold and Howard 2015). During his survey in 1967 Freddie described it as “the finest solar yet discovered in Worcestershire”. Its function is thought to have been that of a living space, perhaps also a shop. This was a three bay structure aligned at 90 degrees to the street and contained a through passage from the street to the back partially mirrored on the first floor.

Freddie noted the detail of the open truss spanning the first floor room which fronted onto the street (as seen on Plate 1) along with the details of the wind braces and dentilled wall plate detail which would also have been originally visible from this room (Seen on Plates 2 to 4). Note the carved rose on Plate 5 in the centre of the truss. 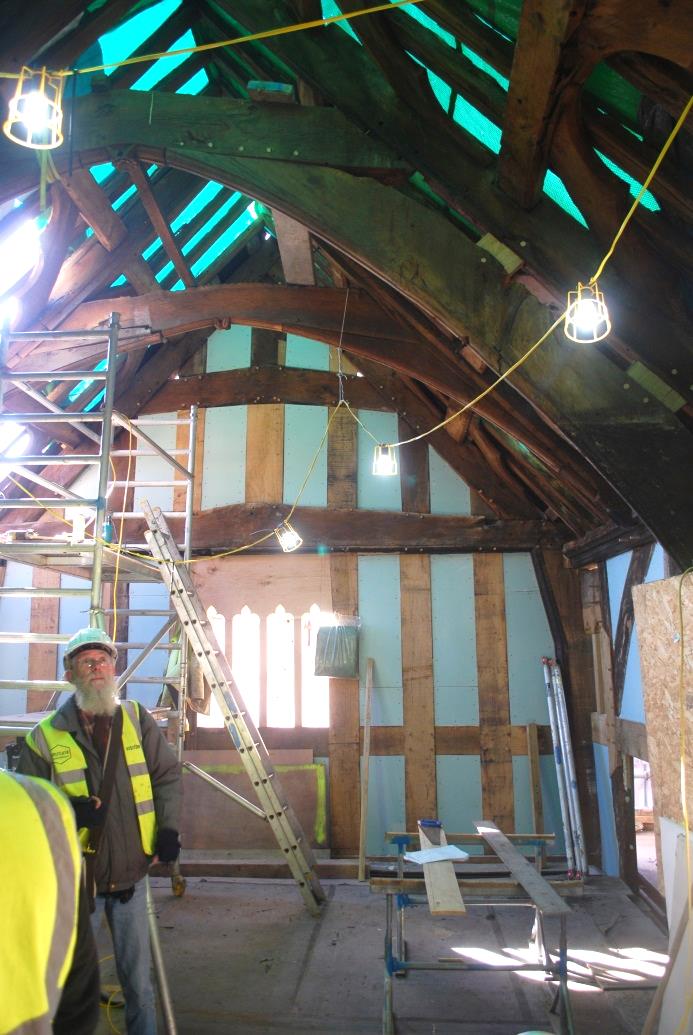 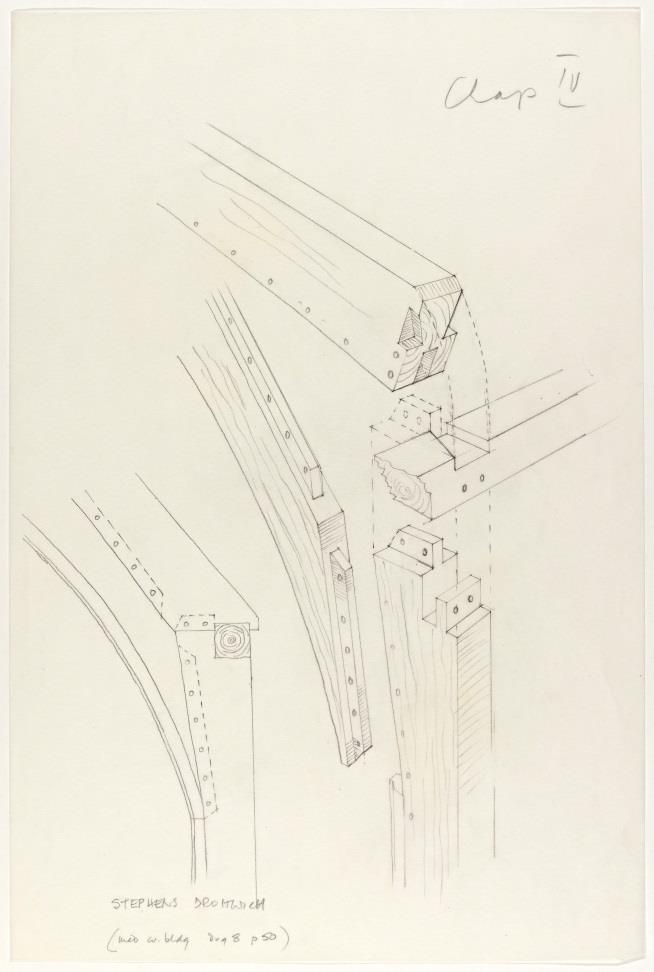 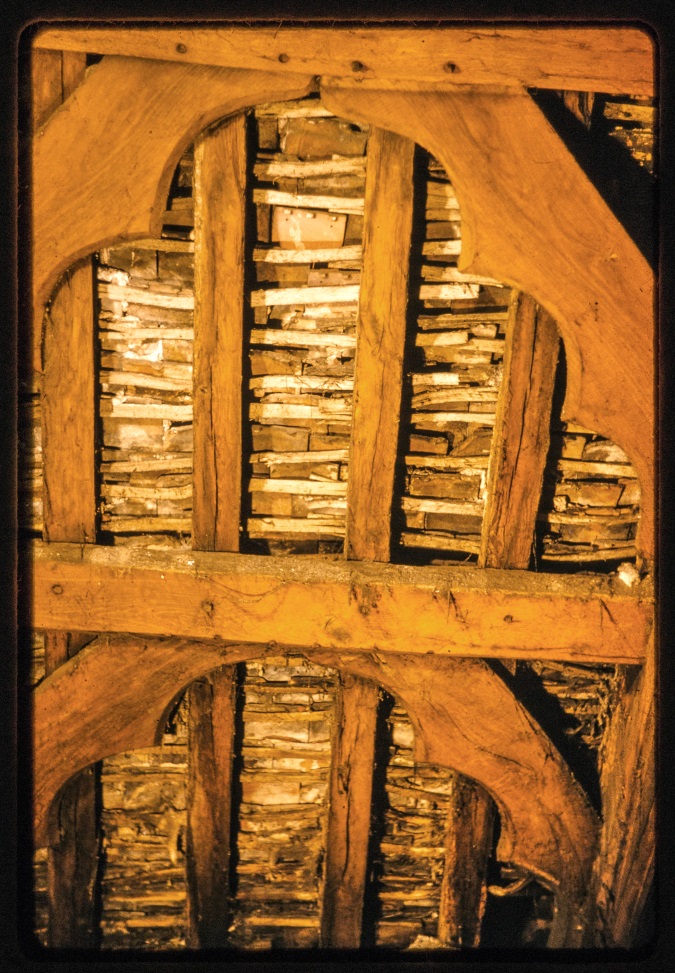 Plates 2 and 3 showing the exploded jointing of the central truss and the carved wind braces of the roof (Digitised Slide of Stephens © Worcestershire County Council: Charles Archive Collection) 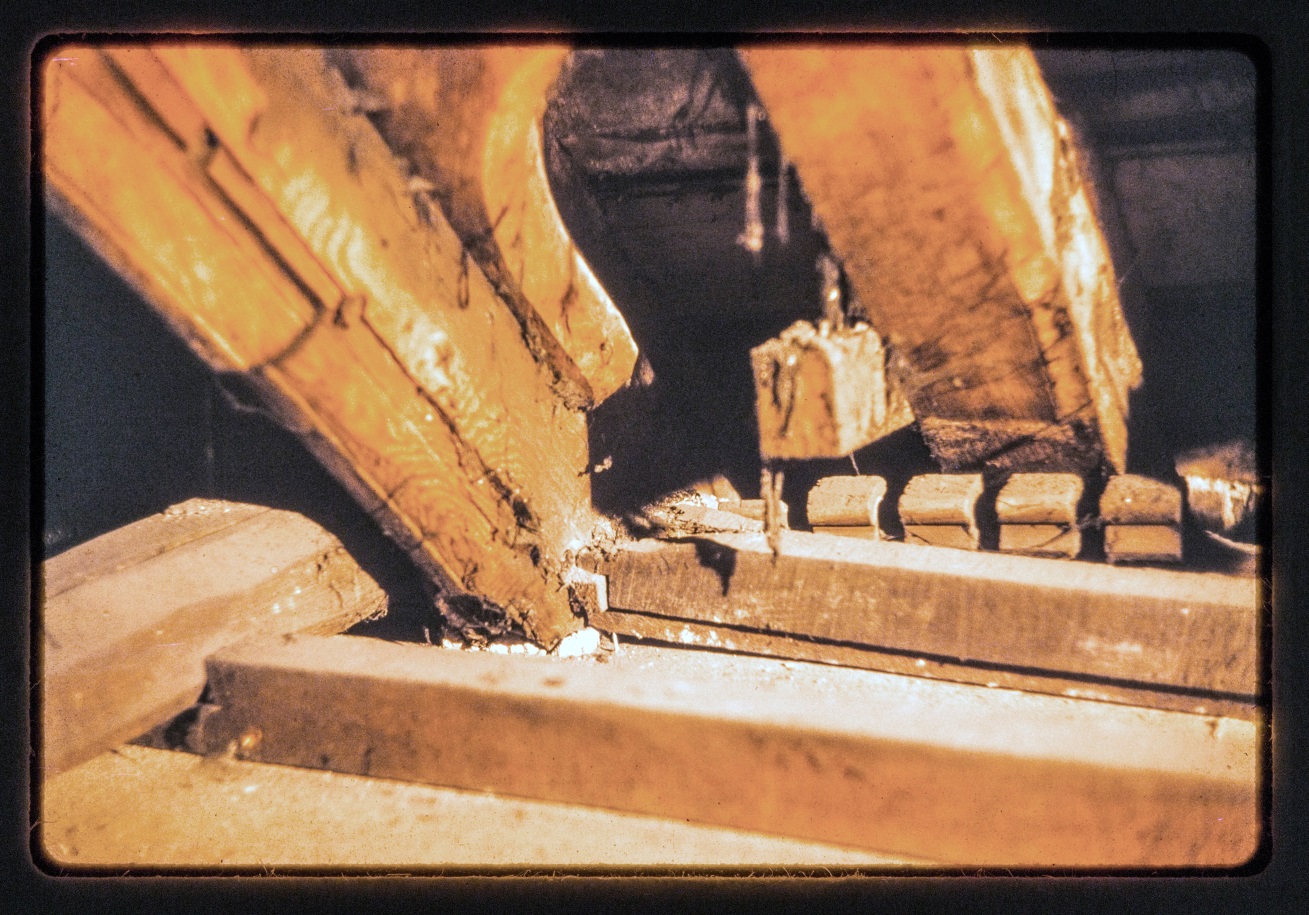 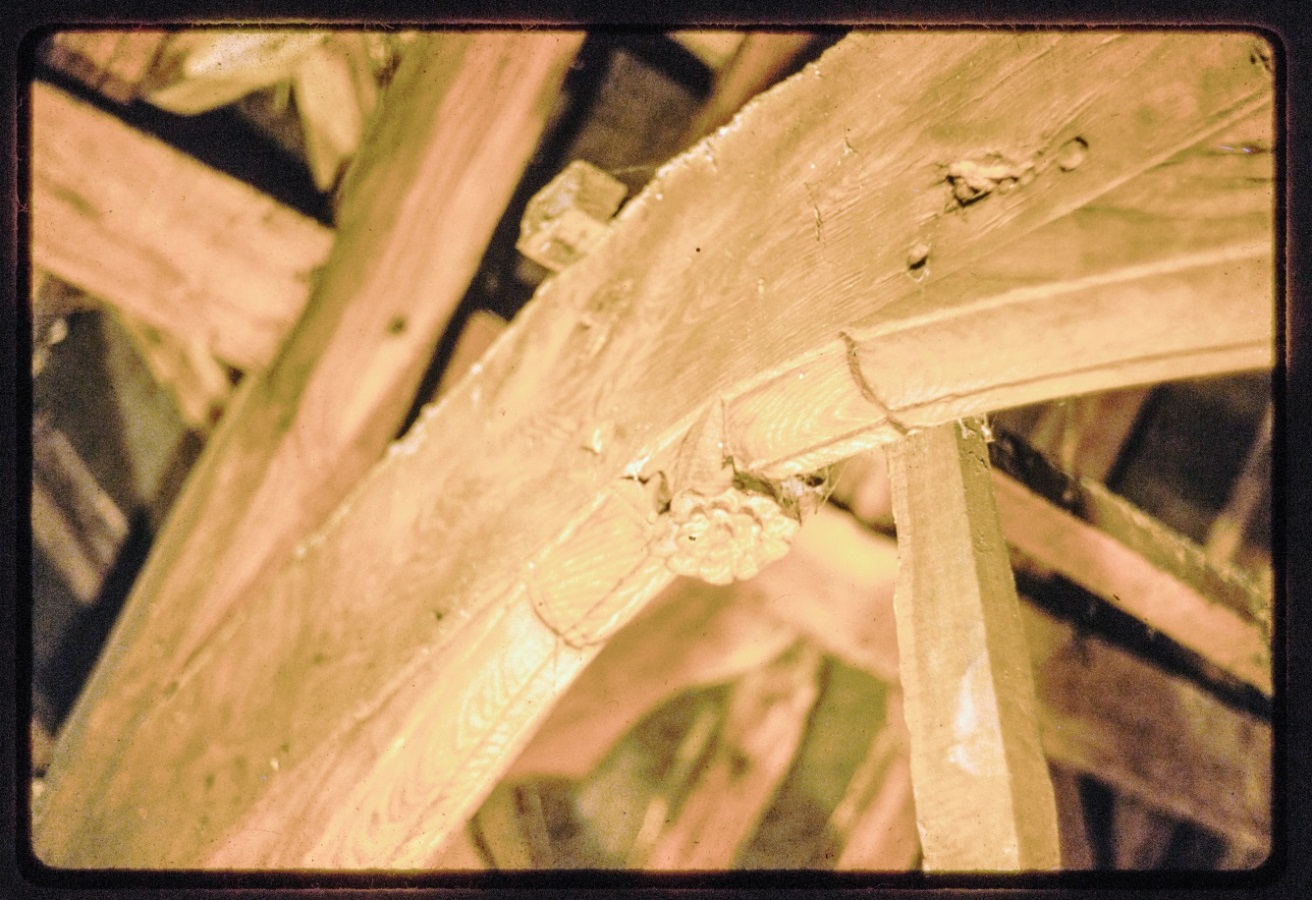 The full splendour of this building is currently being revealed during ongoing conservation by Nick Joyce Architects and is entirely justifying Freddie’s description. The significant expense outlaid originally for this structure is visible in the extensive use of “close studding”, a technique which uses a large amount of timber for aesthetic requirement only along with the heavy jetty projecting over the street (Plate 6) complete with foliate carving below the jetty (Plate 7). The expense would also have been visible in the fine carvings present above the wooden mullion window heads (Plate 8). This would have carried into the interior also, seen in the large fireplace that had evidence for a moulded lintel serving the ground street side room, with a further one on the floor above. 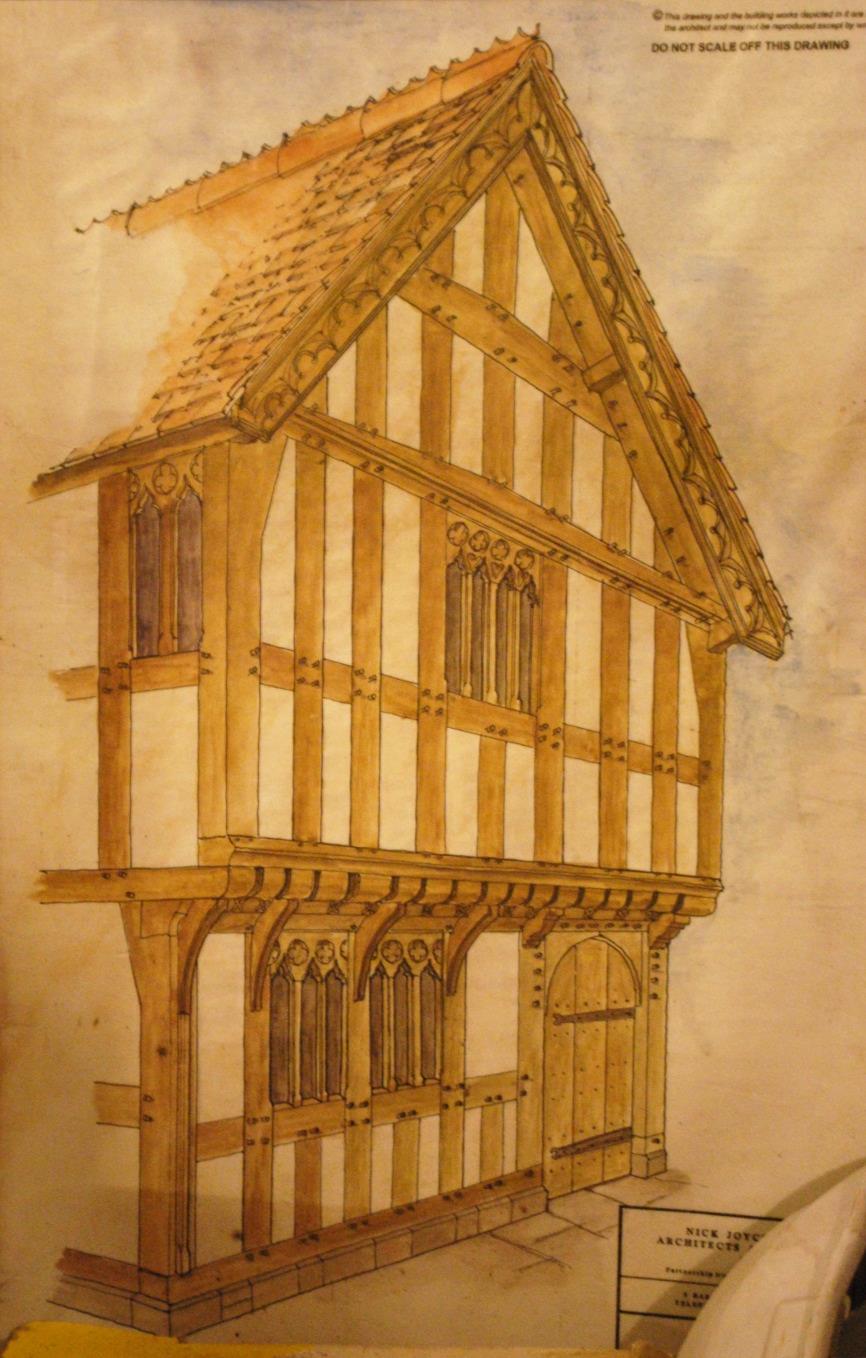 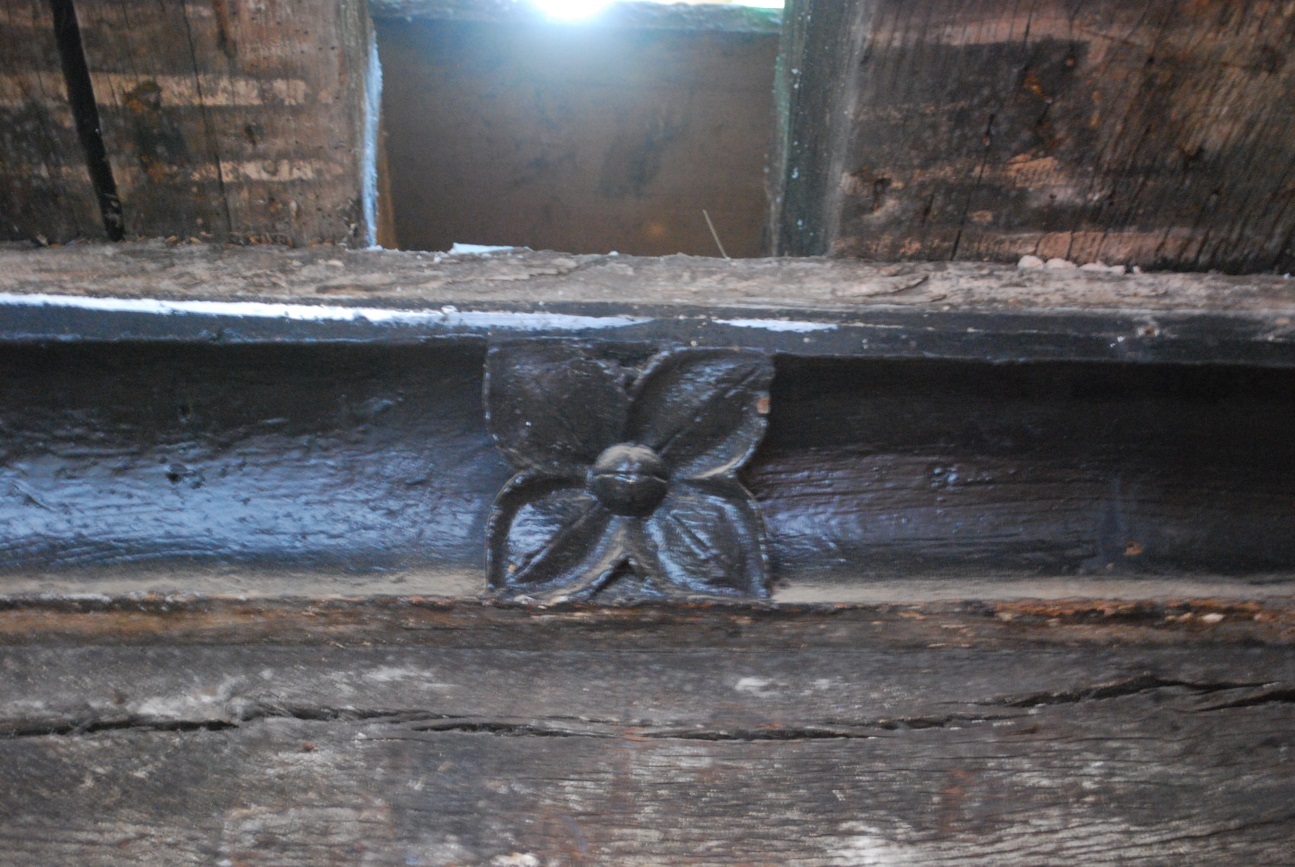 Plate 7 Foliate carving on the underside of the jetty 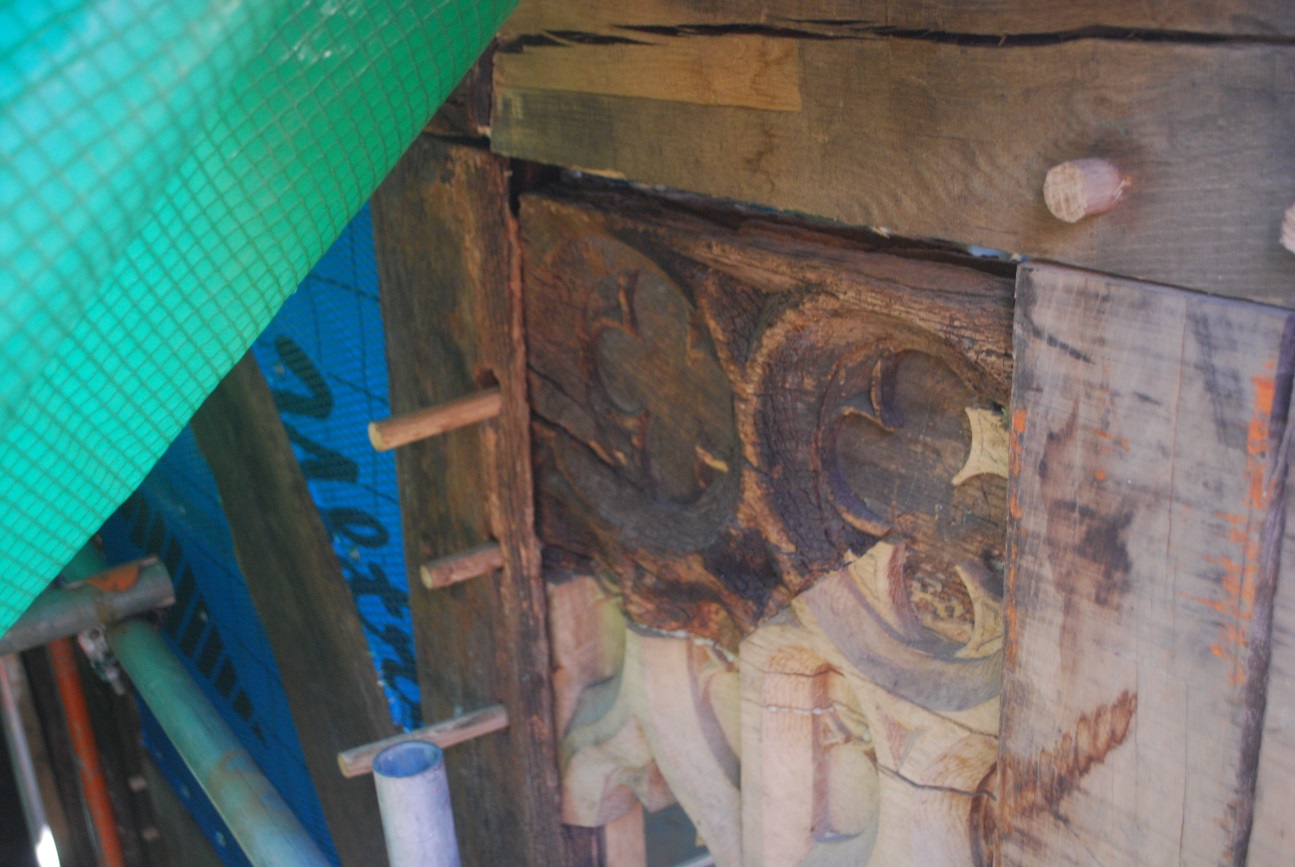 The building has also been yielding numerous details of architectural and archaeological interest. Whilst the windows were unglazed there is evidence for interior shutters as well as crested tiles along the centre of the roof. Many of the tiles had stamps on the underside similar to many archaeological examples from Worcester, suggesting that was the origin of their construction. Some of its wall panels were infilled with rubble stone work held with lime mortar and keyed into the timber using groove and timber pegs (Plate 9). This technique is currently unique to this building. 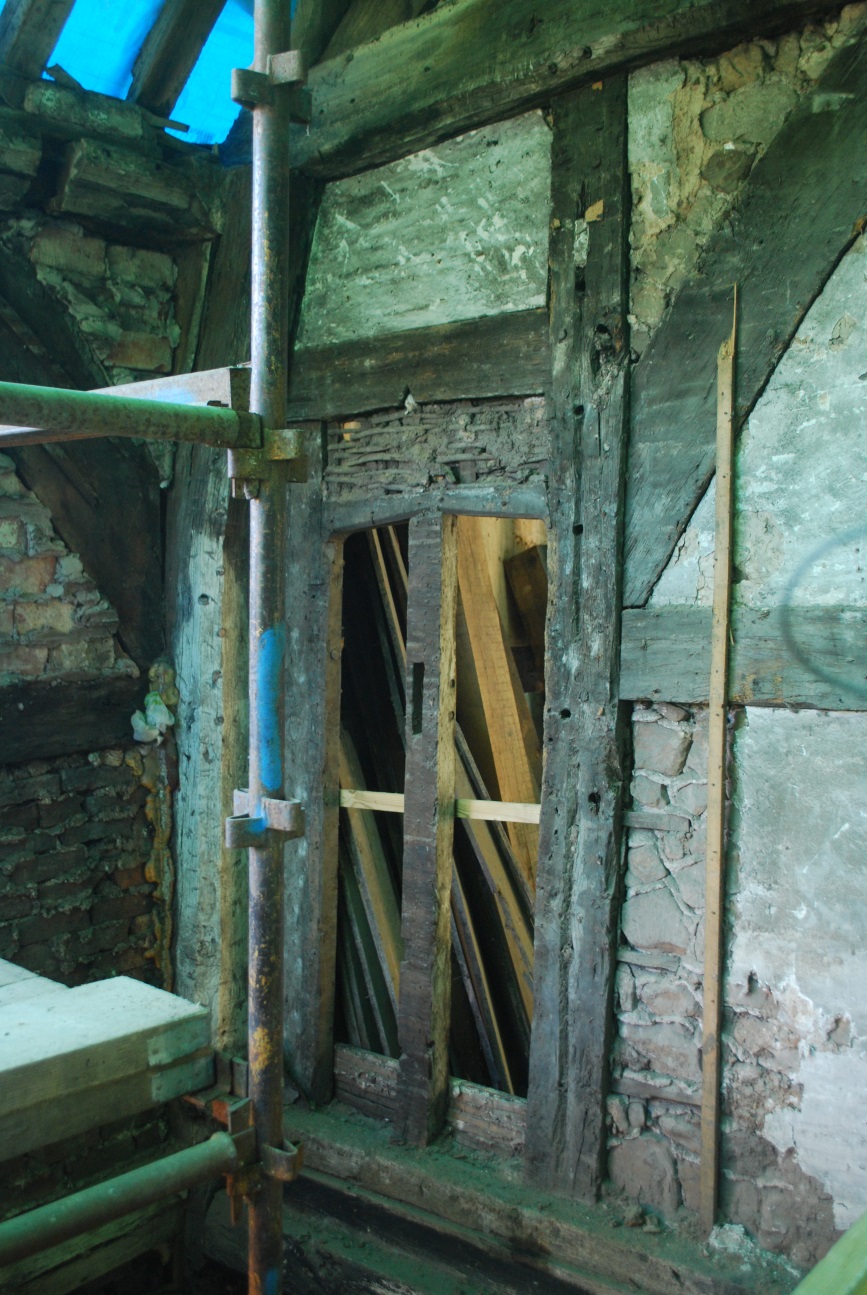 Plate 9 This shows the normal wattle and daub infill above an original door position, with the unique rough stone infill in the panel to the right of the door, and above the brace slanting above

One further feature is the apparent lack of marks used by the carpenter during layout within the front rooms of this structure. These are usually very evident, but in this case have been incorporated into the joints so as not to be visible. This is highly unusual in a domestic setting and hints at the carpenter setting the building apart.

Similarly subtle features are the peg holes at the base of common rafters (Plate 10) used during layout and construction by the carpenter. These are uncommon in our region in domestic buildings mainly due to the lack of common rafter roofs, but have been noted on churches locally (Nick Joyce pers comm) which were more typically constructed using a common rafter technique. 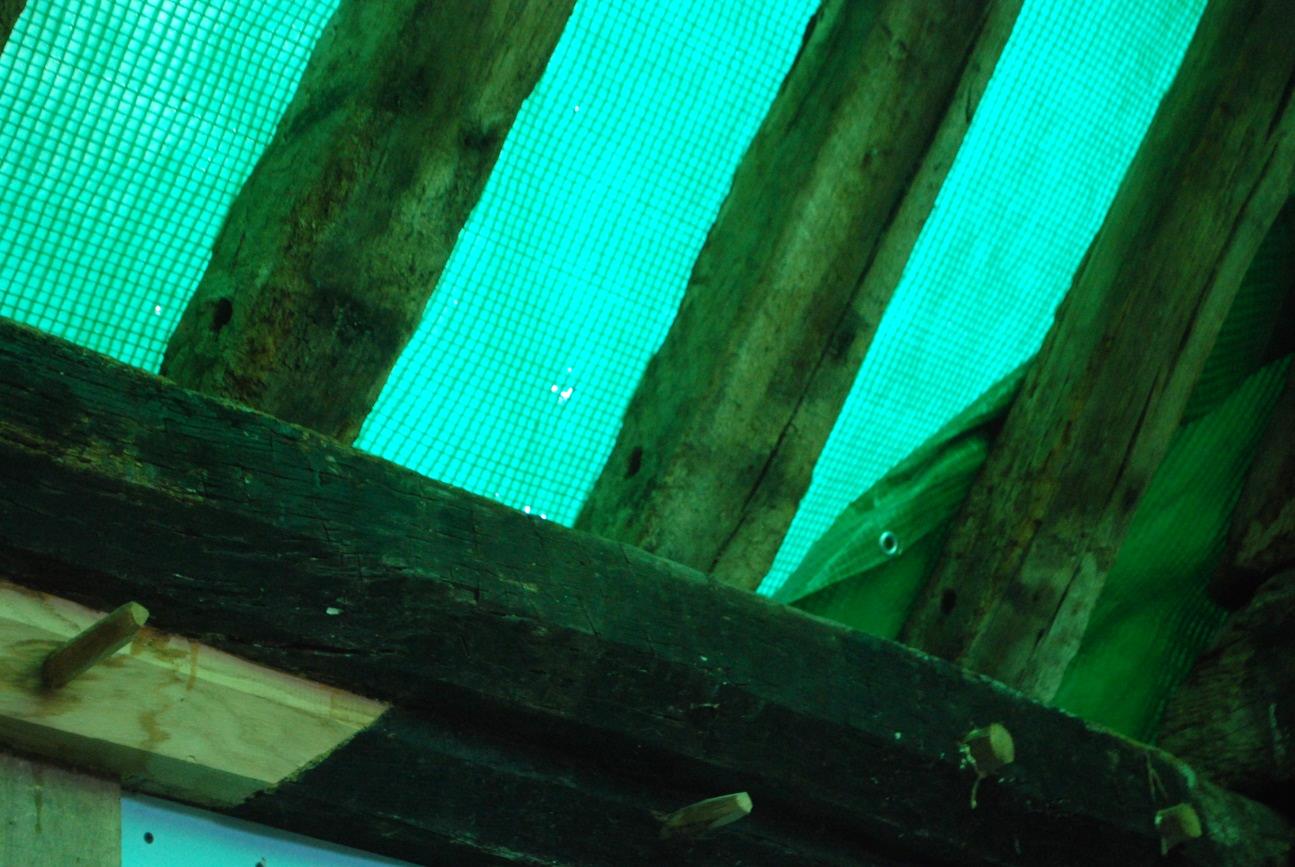 Plate 10 Note the small round peg holes in the base of the rafters, a feature more commonly seen within church roofs

A detailed understanding of such techniques is not required to see the obvious implication that the carpenters employed to construct this building may have been used to more ecclesiastical work. This gives some clear idea as to the pretentions and status of this structure as originally built and the evident wealth of its inhabitants during the heyday of Droitwich’s importance to the local and national salt trade.

You can take a trip round Droitwich to explore the timber framed buildings. Leaflets arte available around the town, or can be downloaded here.

The Charles Archives is now digitised and stored by ADS so is accessible and safe for the future.

Our thanks go to Nick Joyce for being so free with his time and knowledge and allowing us to see the building first hand.

One response to “The Charles Archive: 31 High Street Droitwich”