When Worcester supplied its own Power

The west bank of the River Severn in Worcester has seen enormous change over the past 100 years and, especially in the area around Hylton Road and Tybridge Street, has been the setting for large-scale building demolition and slum clearance. Perhaps most memorable and certainly most imposing of all those buildings was the Worcester Generating Station, a huge edifice, that loomed over the streets on the west side of the city for nearly 40 years.

There are certain innovations that have characterised development during the 20th century.  In Worcester, one such innovation was electricity production.  Having established the World’s first municipal hydro-electricity and steam plant at Powick in 1894, the Corporation of Worcester followed this with another steam-driven plant on Hylton Road in 1902. Siting the plant on the river bank ensured ample supply of water to drive the steam-powered turbines (via specially-cut water channels passing under the road), as well as being a very convenient transportation route for coal.  The Hylton Road plant with its striking red-brick chimney, dominated the skyline of the western river bank until the 1940s when local engineering firm Heenan and Froude Ltd were commissioned to design a new steel-framed plant.  Building plans for a large extension (which in reality consisted of demolishing and rebuilding most of the original plant) were submitted for approval in April 1942. 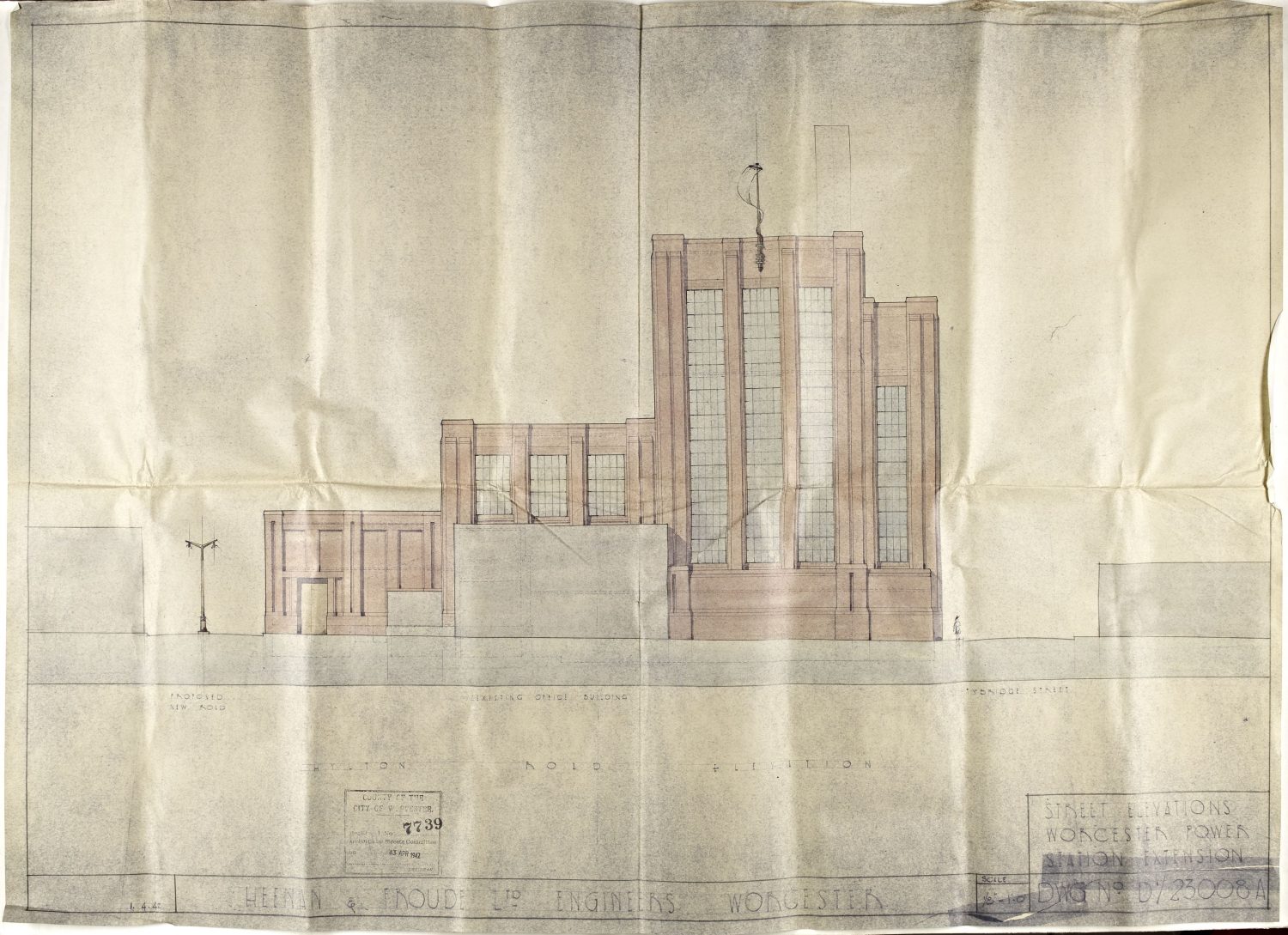 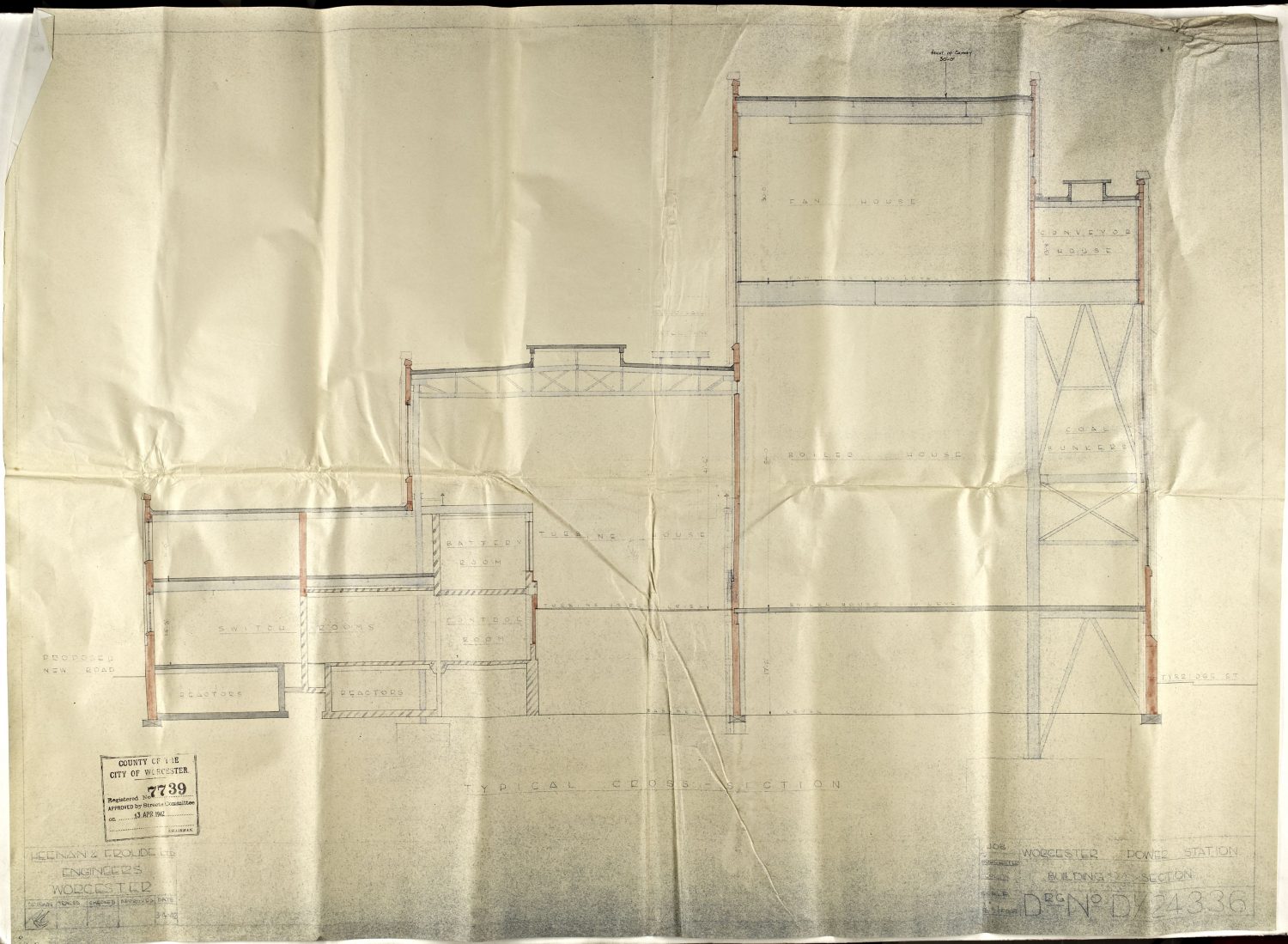 Most fortunately, a large collection of photographic material and documents relating to the plant have survived, including a comprehensive photographic record of the construction of the 1940s station, from demolition of the original 1902 buildings through to the opening of the new one. A selection is included here, clearly showing the steel frame of the building during construction and accompanied by the original captions as supplied with the survey.  They make for a fascinating and unique document of this now demolished building complex as well as of the engineering techniques involved in construction of a power plant. 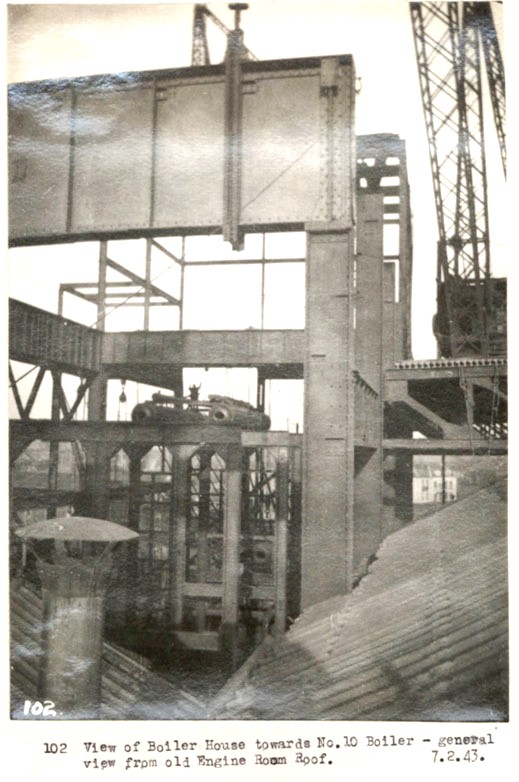 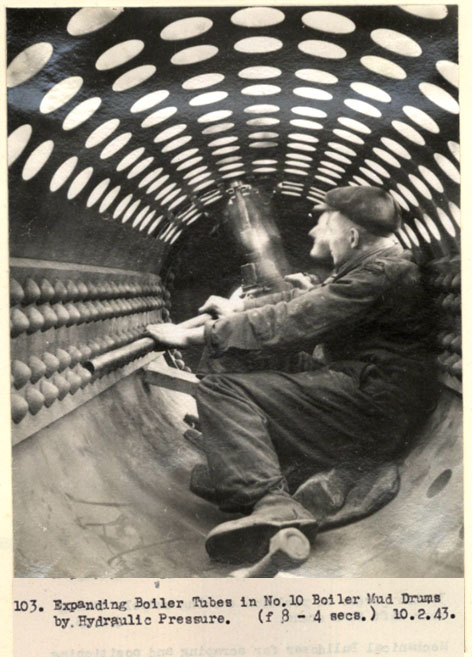 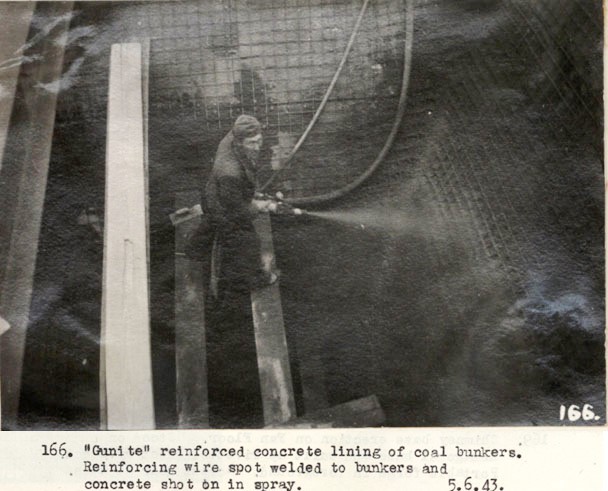 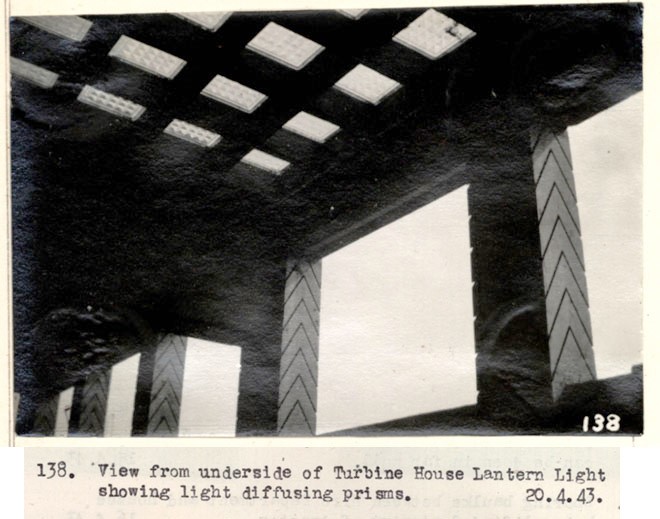 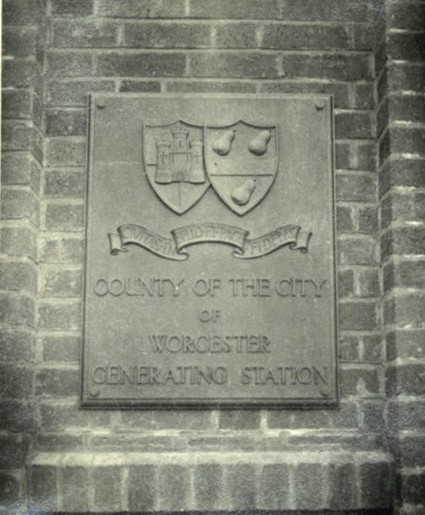 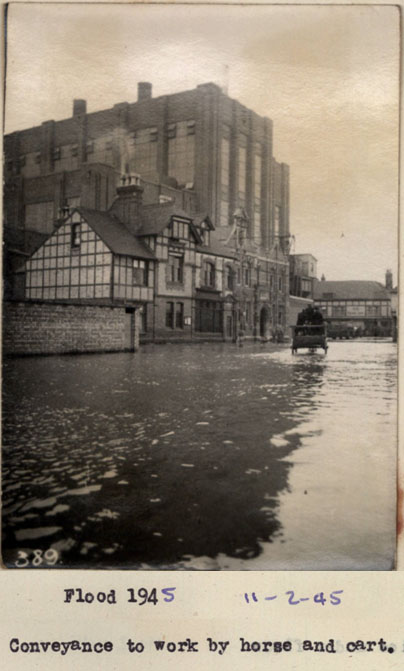 While the main plant was fully demolished by 1979, there are many other reminders of the city’s electricity production to be found. Included within the collection of documents was a schematic plan, drawn up by the Worcester Corporation Electricity Department, showing the location of electrical substations across the city.  Many of these survive in their original form and in themselves are interesting examples of their type.  It would be a nice project for someone to document how many of the substations recorded on the plan survive today! 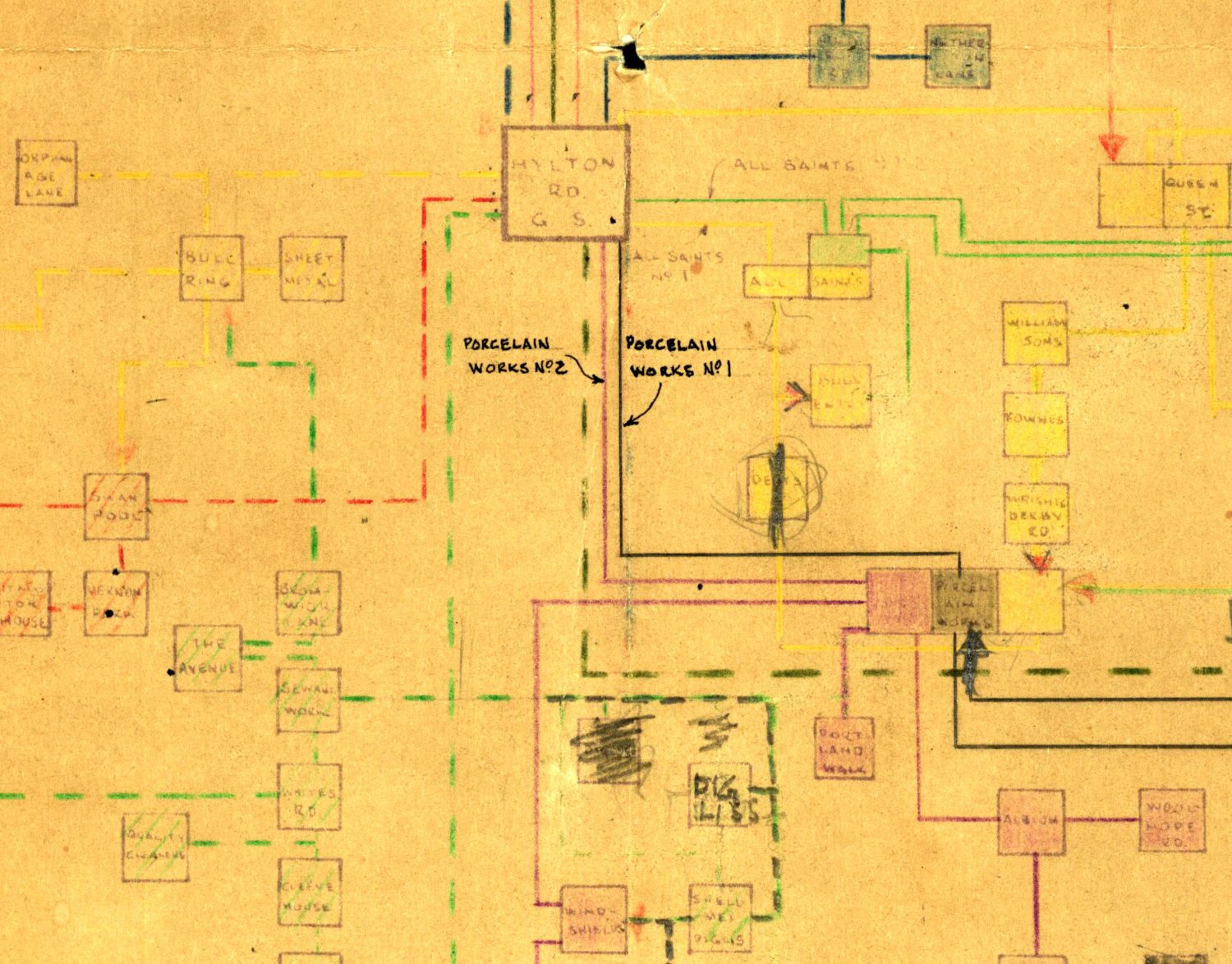 For a building type that might be considered somewhat mundane, many of these structures show a surprising attention to detail, employing craftsmanship in their construction and even in one particular case, commemorative sculpture. 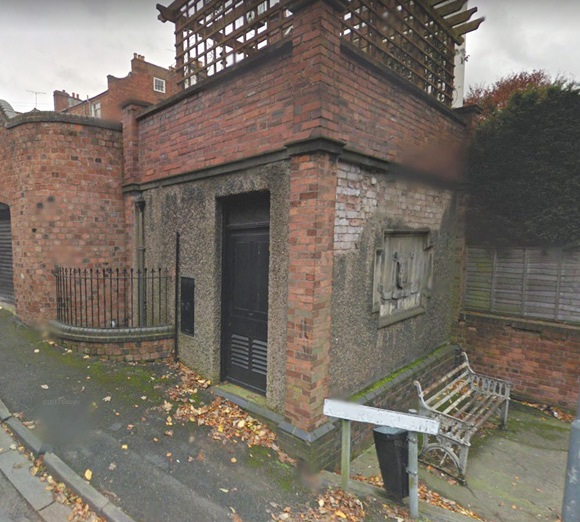 Substation on corner of Reservoir Lane and Rainbow Hill. The sculpted stone panel of the City arms and the year, 1916, is incorporated to the front

Ironwork detail can often be found to display the local Hardy and Padmore Iron Foundry stamp, another industry that thrived in Worcester during the 19th and 20th centuries.  Their stamp can also be found on electrical junction boxes around the city. 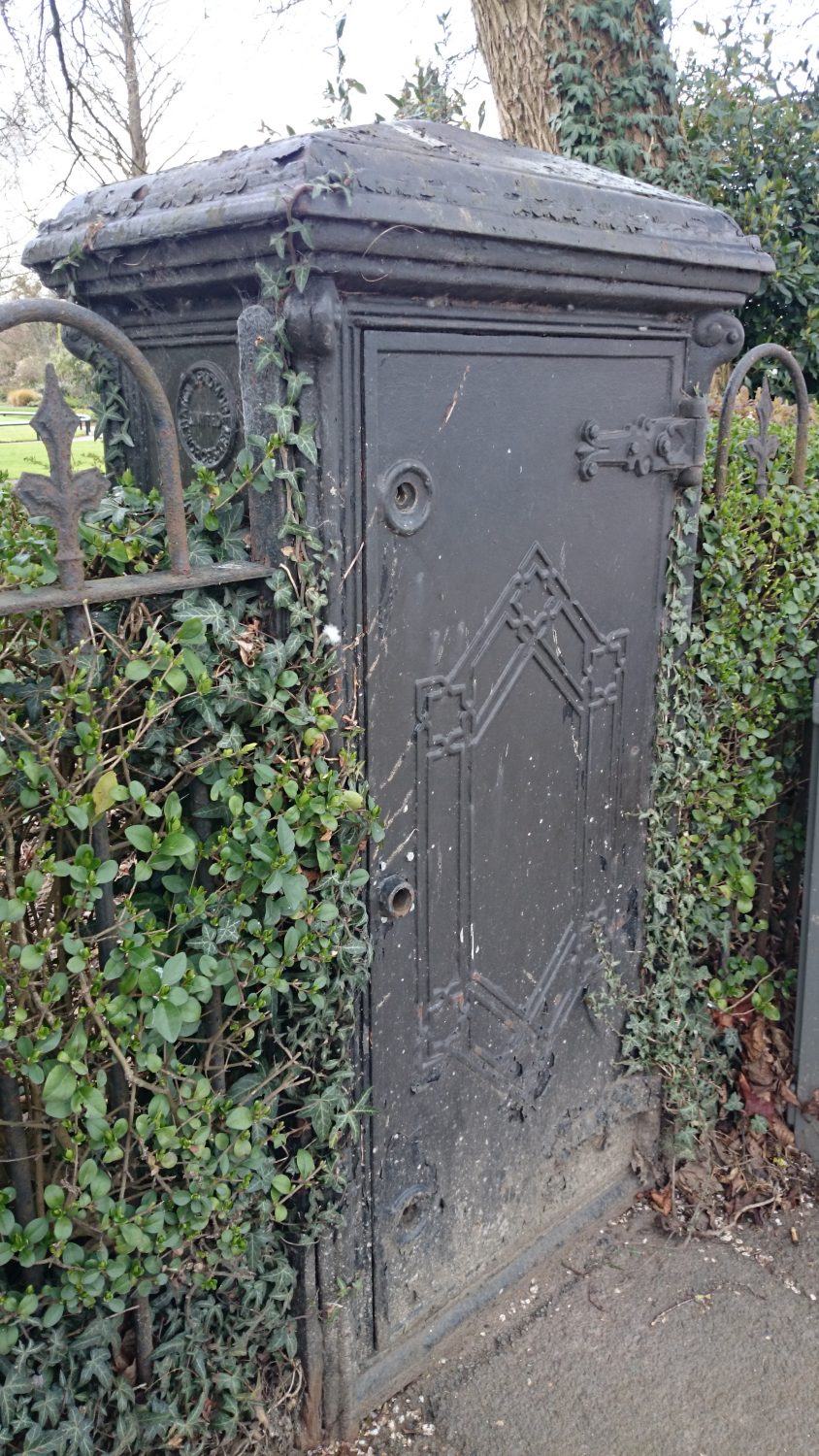 At the site of the Electricity Generating Station itself, there are still a number of reminders of its location. A distinctive landmark of the riverside is the 1928 screen house or screening chamber, now locally listed though in neglected state.  This single-storey building housed the mechanism and shaft for the water intake that powered the steam engines within the main plant. 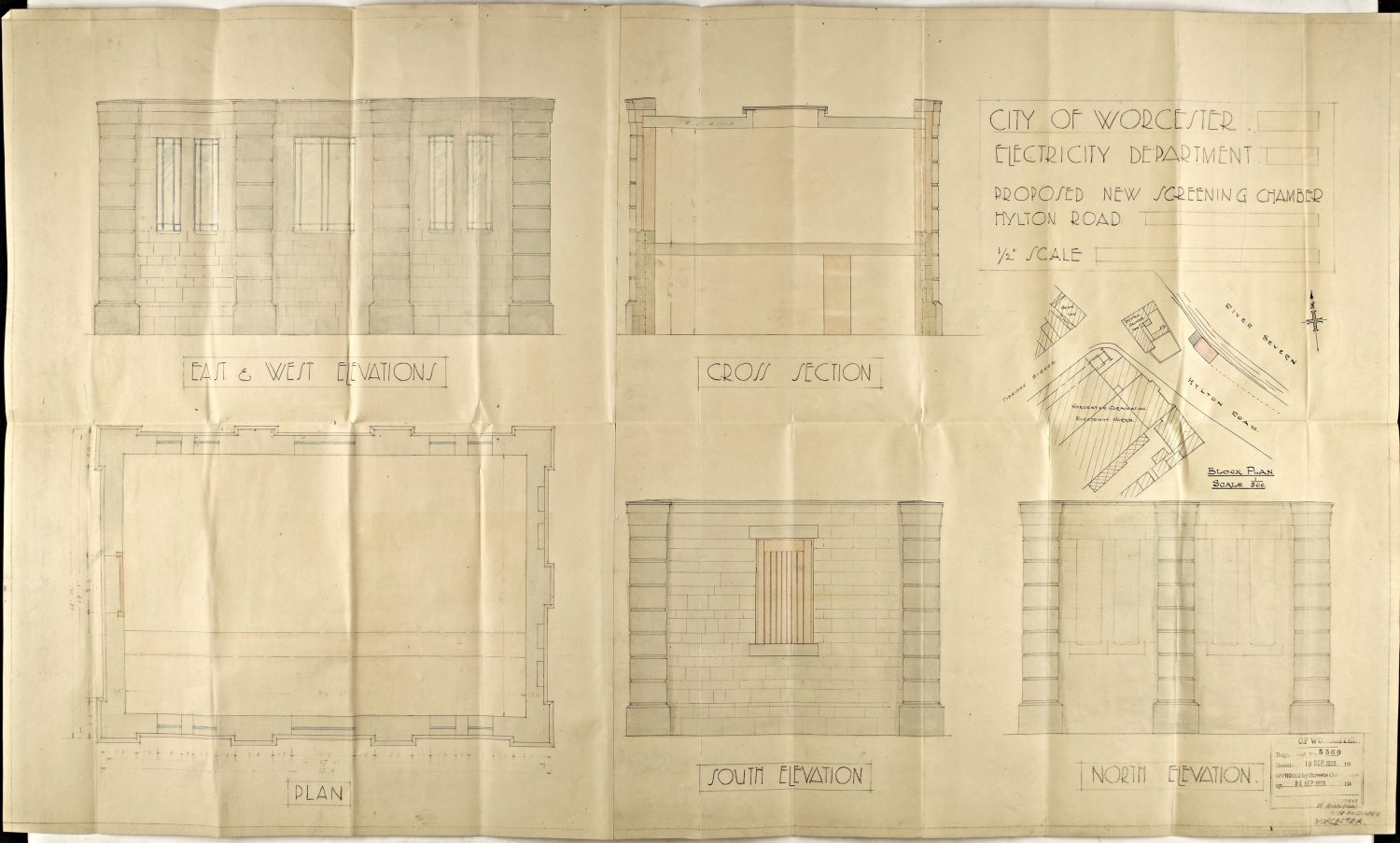 Over the road in Tybridge Street, a length of the original boundary wall to the plant still stands, providing a boundary now for the Cripplegate Park extension. Finally, as a local employer the Corporation of Worcester provided recreational facilities for the staff of the electricity station. The Working Men’s Club still survives and is now in use as a Bar and Grill restaurant. 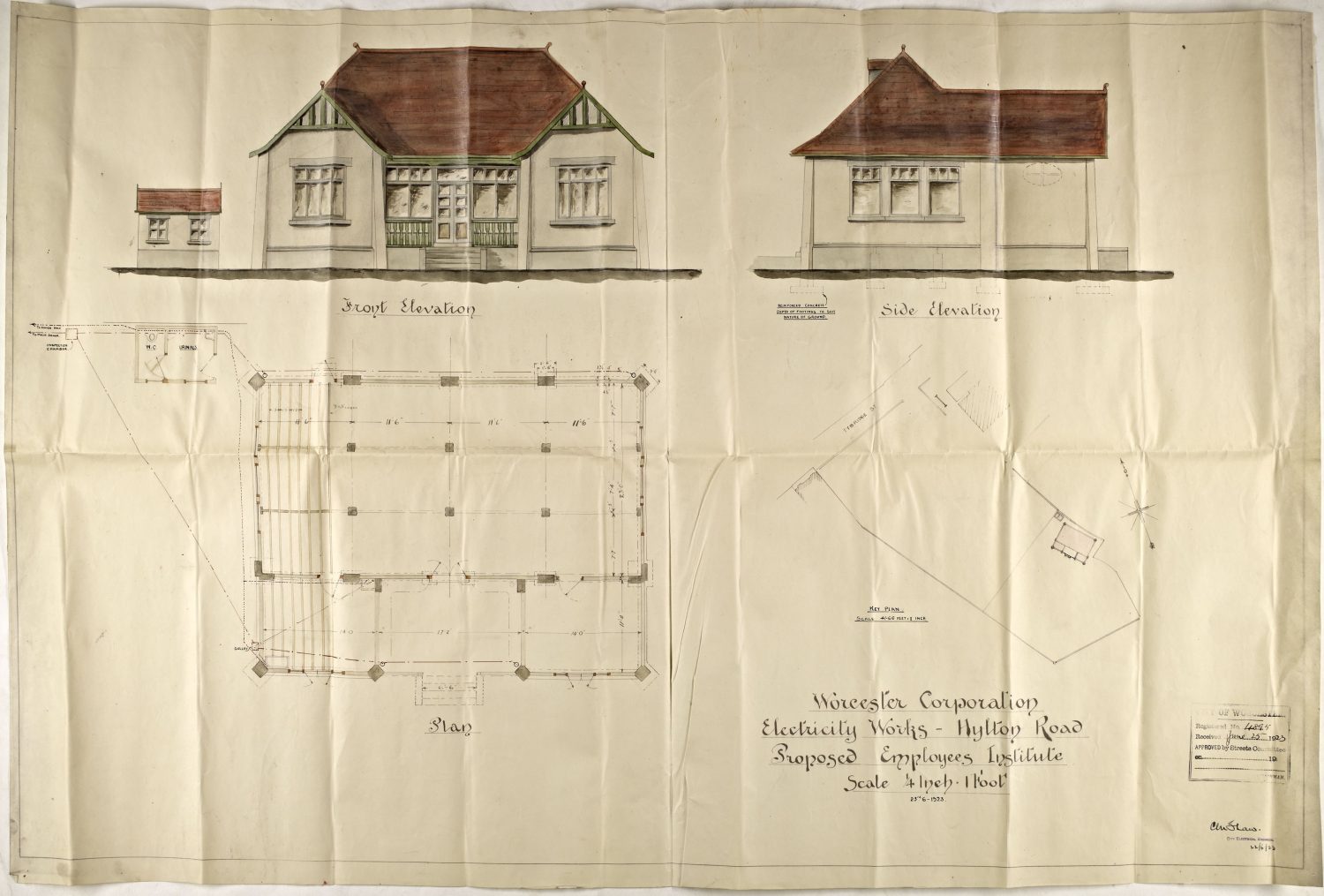 This blog piece is one of a series of articles that form part of the project – Adding a New Layer: 20th-century non-domestic buildings and public places in Worcestershire.  The project aims to identify, review and record 20th century non-domestic buildings and public places, many of which are highly valued by local communities but are increasingly at risk of redundancy and demolition. The project, which is being funded by Historic England, also aims to strengthen the public’s awareness and appreciation of 20th century heritage, its conservation, value and significance.

This is a guest blog by Sheena Payne-Lunn, Historic Environment Record Officer for Worcester City Council, who has been working with us on the project.

One response to “When Worcester supplied its own Power”