As part of the Market Gardening Heritage project, we’re drawing information from various sources to uncover the lives and stories of market gardening, which was vital to the Vale of Evesham throughout much of the 19th and 20th centuries. Alongside recording local memories and investigating the buildings constructed by growers on their grounds (locally called ‘hovels’), we have a wonderful team of volunteers who are delving deep into the archives. 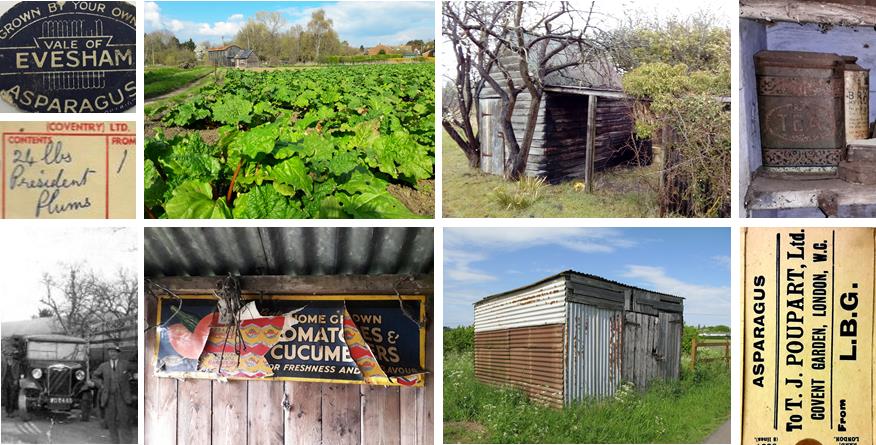 Many items that end up in archives deal with administrative history: minutes, accounts, reports and records that relate to the running of a business or organisation. However, some sources do give personal accounts of life and individual perspectives, which are fascinating for the interesting stories they often contain. One example, which is a treasure trove for this project, is a collection of letters written by school children in 1933 about market gardening in the Vale of Evesham.

In 1933, Sir John Russell of Rothamsted Experimental Station in Hertfordshire was preparing for a BBC talk series on agriculture, entitled ‘What the Counties Do’. Rothamsted was an agricultural research centre founded in the 1840s and still operates today. As part of his research, Russell contacted local schools to get the point of view of children in the featured counties.

For Worcestershire, two local schools – Badsey School and Pershore Senior School – were contacted and the children asked to send him letters outlining their experiences and views of market gardening. Sixty letters were sent back, providing details about what their families and neighbours did, how they helped outside of school and the nature of market gardening within the area.

The letters are kept in the library at Rothamsted, but a few years ago the librarian asked if we would like copies as they felt they would be of local interest, to which we said a very quick yes! 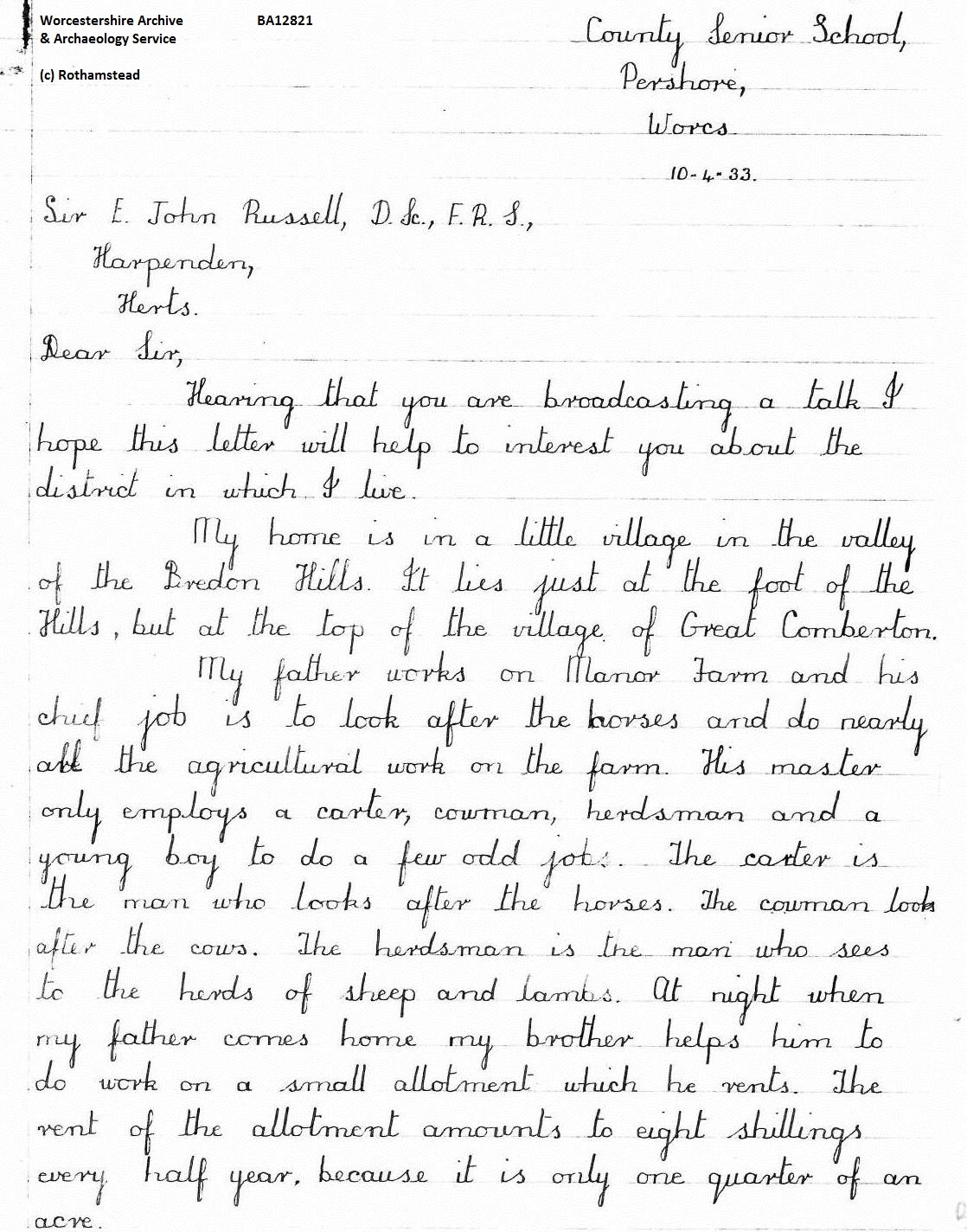 We do not know if Sir John ever gave his talks, but the letters are a fascinating insight into market gardening at the time through 60 pairs of eyes. The Badsey Society has digitised all the letters from their area, which you can read online, but the Pershore letters are currently only available in the county archives at The Hive.

Over the next few months, a volunteer will be going through the Pershore letters to see what they contain, so that we can tease out the stories and compare how market gardening and the lives of 1930s children differed across the Vale. Stories and information from the letters will shared along the way and used in the educational and reminiscence resources created at the end of the project.

To pique your interest, a quick look reveals the wealth of information waiting to be discovered:

Once we’ve been through the letters in more detail, we’ll write an update to share the pictures these 60 letters gives of market gardening in the Vale through the eyes of children.

If you have any information, stories or photos related to market gardening that you’re happy to share, please do get in touch as we’d love to hear from you! Call into one of our drop in events or use the contact details below. If you’re interested in carrying out research for the project, let us know as we’ll be running another training workshop in the autumn.

Drop in to find out more about the industry that shaped the Vale’s landscape and history throughout the 19th and 20th centuries, or bring along photographs and memories to help share, celebrate and preserve this important local heritage.

We are grateful to National Lottery Heritage Fund for support