This week events are taking place in the UK and across in France to mark the 75th anniversary of the D-Day Landings, considered to be the largest seaborne invasion in history. Some of the people involved were interviewed 20 years as part of our Second World war oral history project. 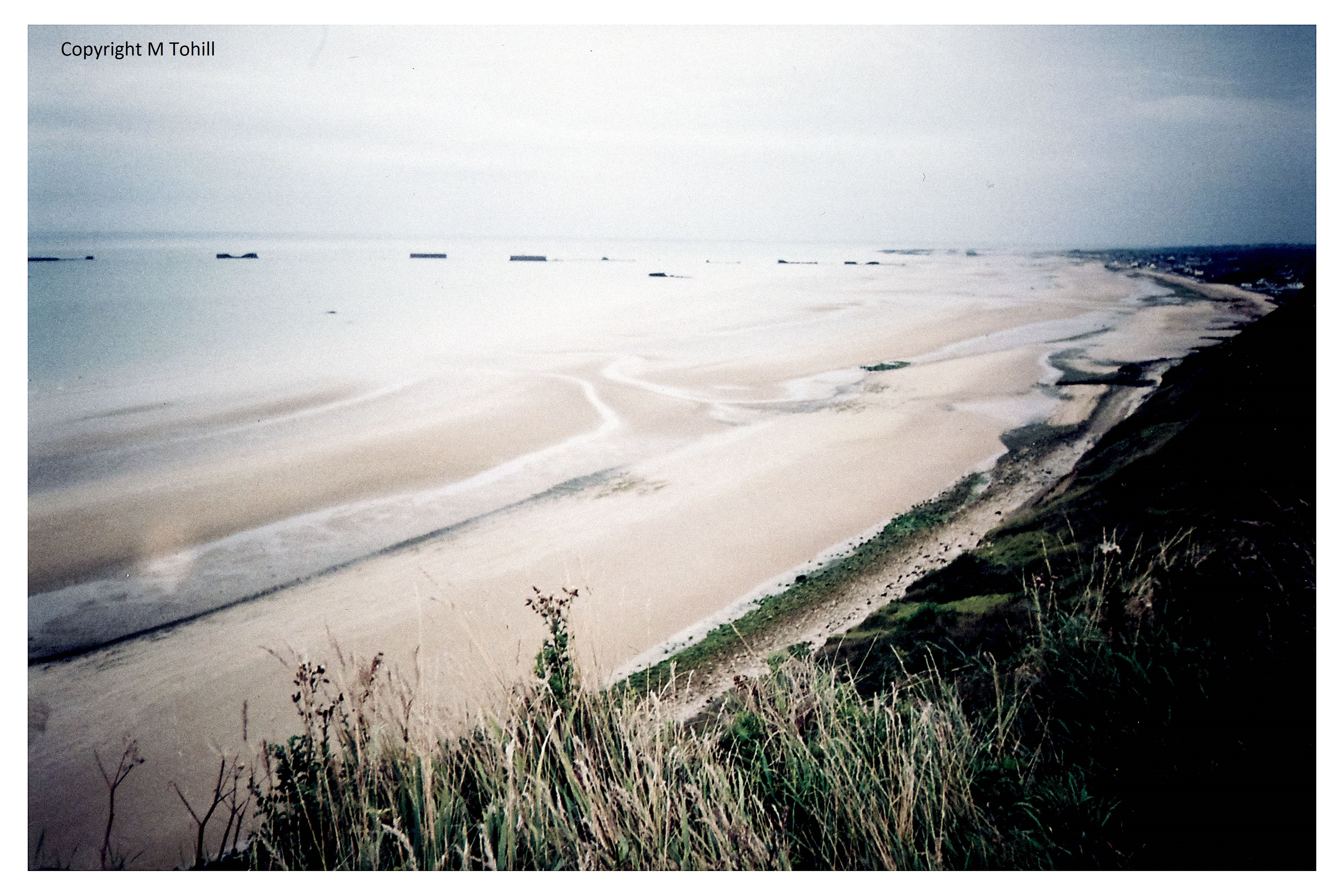 One of the Normandy beaches

The landings were originally planned to take place on 5 June but were delayed 24 hours because of bad weather. Harold and Jean Checketts interviewed in 1996 as part of Worcestershire Record Office’s World War II oral history project were involved in vital work plotting weather charts for the Channel in the run up to D-Day.  Jean recalled ‘The worst gales for twenty years, you know it was terrible and then there was just this little break.  The cold front came through and there was a ridge of high pressure behind it which allowed them to get across without too much damage’.

Everyone ‘knew’ an invasion was on the cards but were kept guessing on the where and when. Maintaining secrecy for the operation was of paramount importance right up to the last minute.  Harold and Jean went to a party on the night of 5 June.  Speculation amongst the party goers was rife.  Harold recalled ‘The conversation starts …”Do you think it’ll be tonight, do you think it will be tomorrow?”   And then we just stayed absolutely mum and of course we had to listen.  But we knew everything and we knew exactly when it was going to start, which it did.’

The first British troops arrived at their beaches at 07.30. Ronald Taylor, a wireless operator with a gun crew, recalled well his physical landing on the beaches.  ‘Well, with the landing of course, we had to go from the Liberty ships onto landing craft.  And so the vehicles were swung over on cranes and dropped in, and we had to go down scramble nets into the, into the landing craft. And that was the only twinge of sea sicknesses I had – 1 was fine until then, but I certainly didn’t take to the landing craft very much.’

Jim Froggatt, an aircraft observer attached to the Navy for D-Day, also saw events unfolding on the beach at first hand and recalled in particular one man’s lucky escape when a landing craft was hit by a mortar.  ‘… all he got was a great big pack on his back of medical supplies and bandages and this sort of thing and this mortar actually hit that and took the main shock of it and it blew a hole in his back but it didn’t kill him. He came back in the landing craft.’

Many World War II veterans have returned over the years to the places associated with D-Day both on the south coast and in Normandy. For the 50th anniversary Southsea Common was a particular focus with the British Royal family and twelve heads of state in attendance.  Events included a flypast and a flotilla of ships, Concorde being part of the flypast and HMY Britannia being one of the ships. 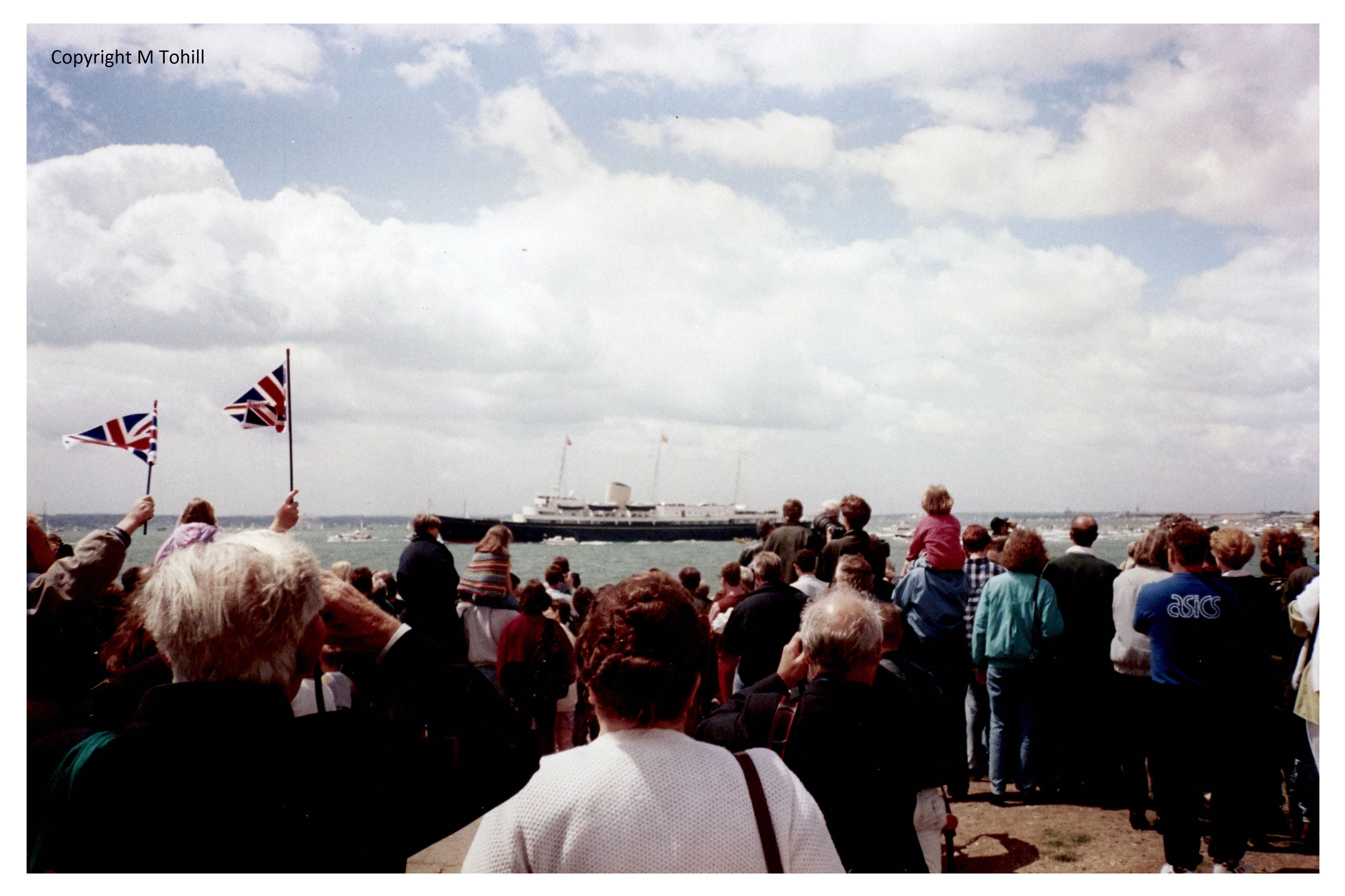 Over on the other side of the Channel in Normandy for the 60th anniversary of D-Day, veterans from the 4/7 Royal Dragoon Guards remembered their fallen comrades in a special ceremony at their memorial in Creully.  They had been amongst the troops landing at Gold Beach and Creully was one of the towns they had liberated by the end of 6 June 1944. 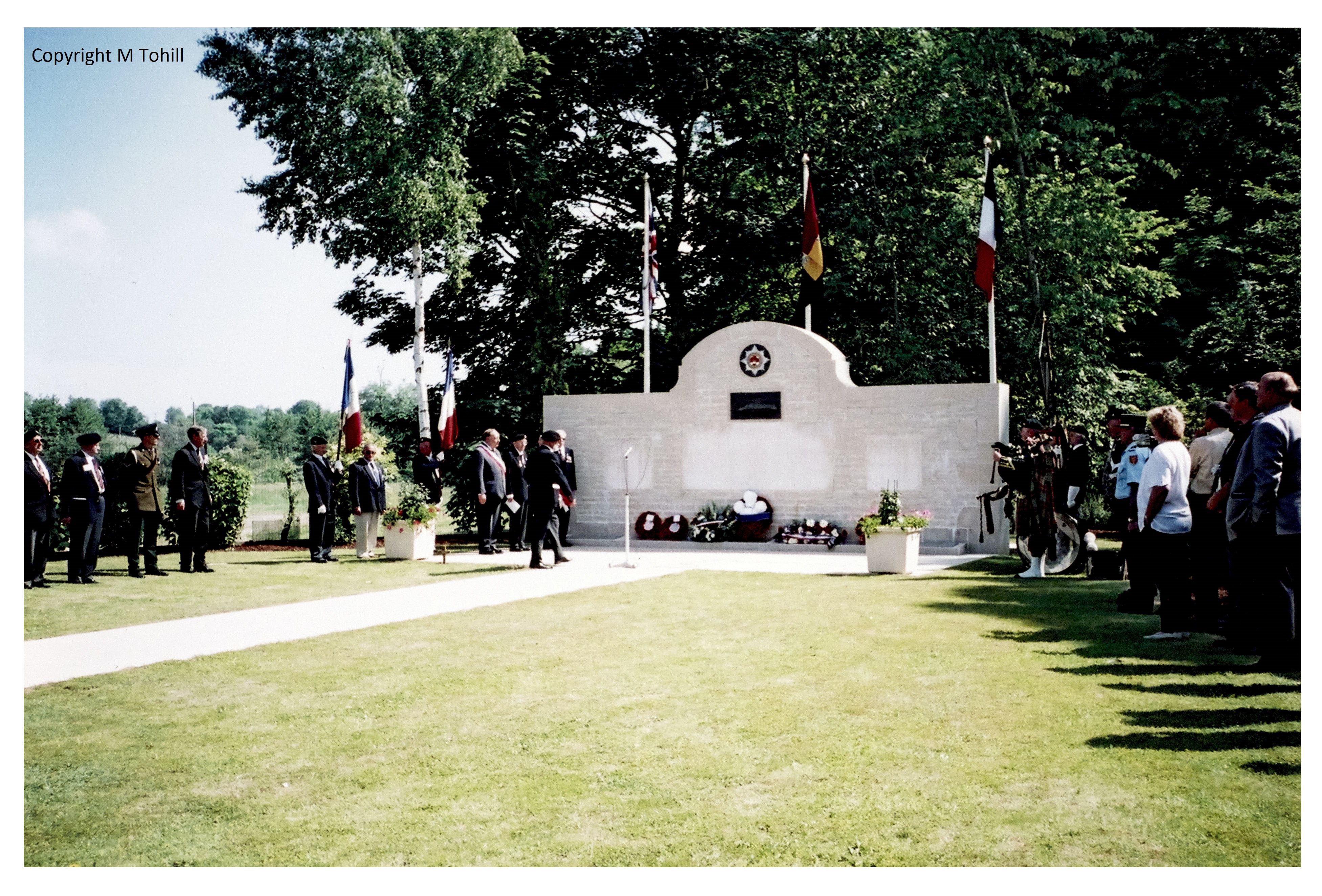 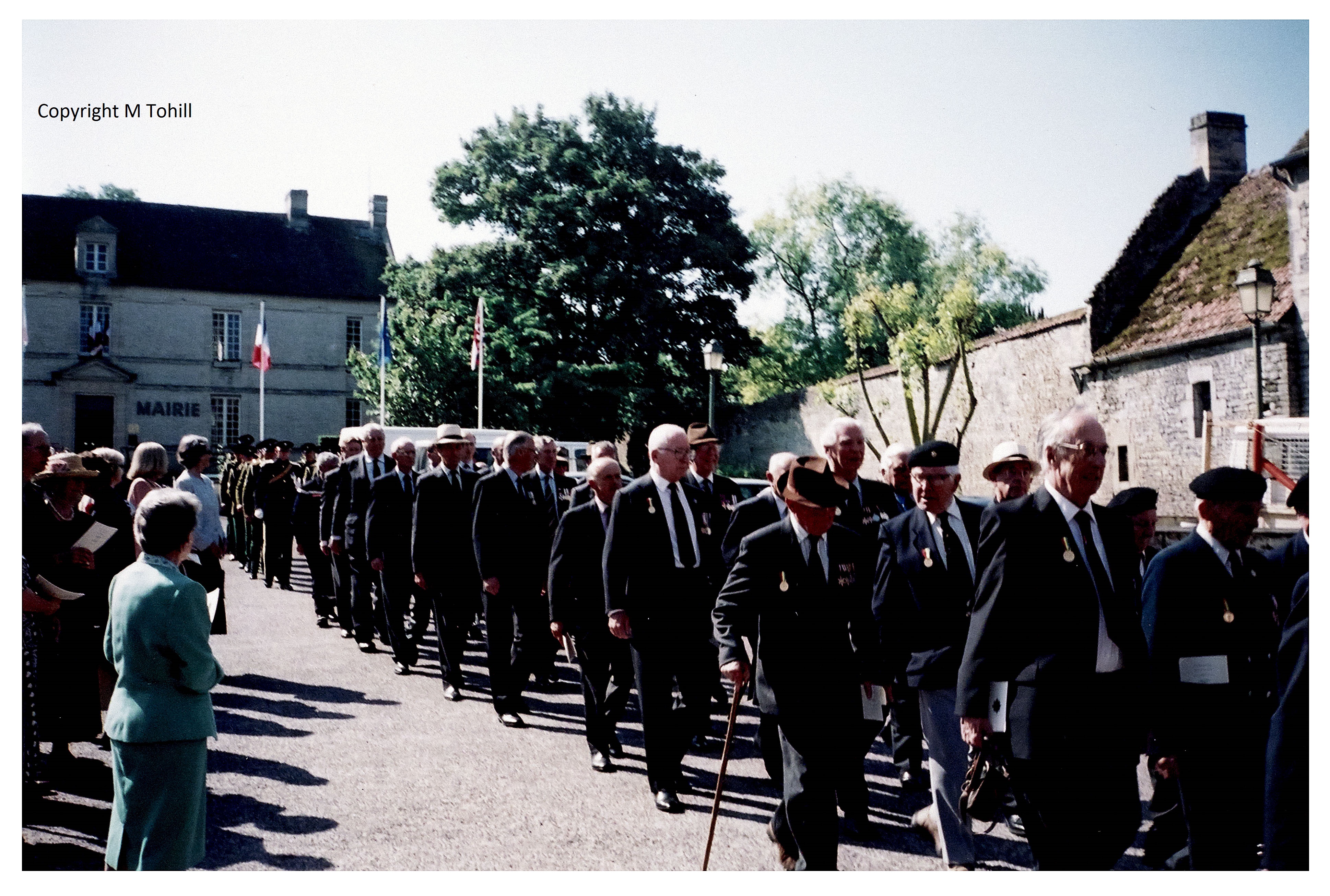 There are lots of commemorative events to mark the 75th anniversary of D-Day both in the UK and in Normandy.  For details of some see