An army marches on its stomach

Feeding into the research currently being carried out by Market Gardening Heritage project volunteers are previous pieces of works that help paint to the bigger picture. One such related project is the HLF funded exploration of Pershore during the First World War, when the University of Worcester, Pershore Heritage & History Society, Pershore Women’s Institute, Pershore Civic Society and others researched the impact of the war on Pershore and how it responded. As the area is famous for its fruit industry and market gardening, it’s no surprise that the fascinating book that collates this research is entitled ‘How the Pershore Plum Won The War’, edited by Jenni Waugh and Maggie Andrews. 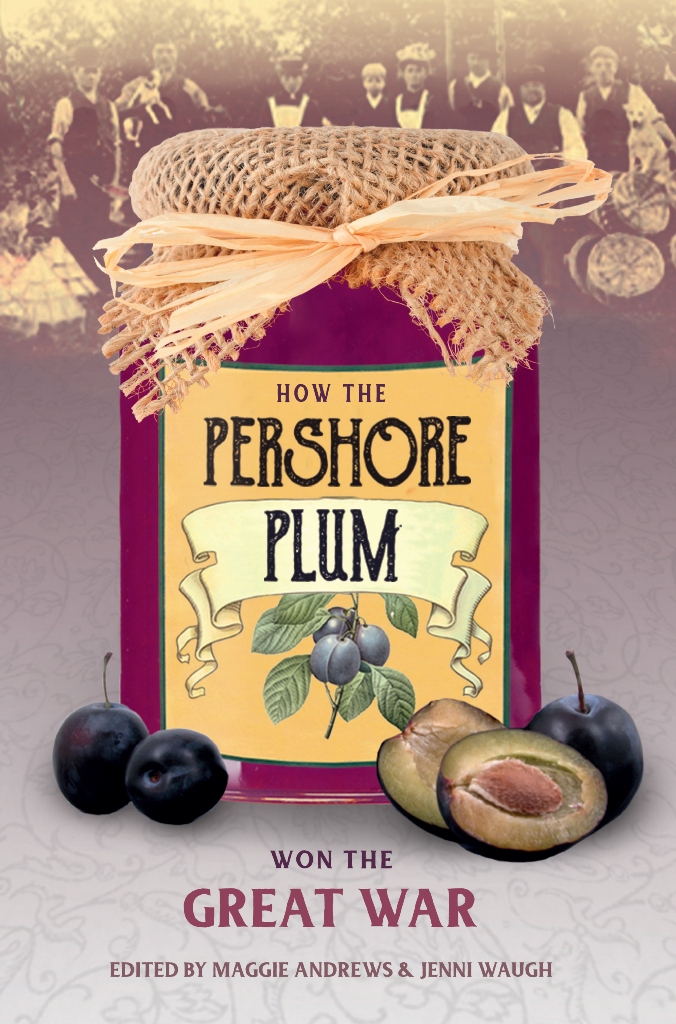 Pershore, and much of the Vale of Evesham, is sheltered by the Malvern Hills, Bredon Hill and Cotswold escarpment, causing fruit to ripen up to a month earlier than other places. The area was filled with market gardeners, many of whom combined growing for market with other jobs, such as hedge laying and basket weaving.

A lot of food consumed in Britain prior to 1914 was imported. Due to the impact of submarine attacks on shipping, the Government had to ensure that British food production increased, despite the reduced workforce. Challenges included how to obtain bulbs and fertilisers, which previously came from mainland Europe, and sufficient labour as many men, including smallholders, signed up for the armed forces.

Story in Berrows Worcester Journal (7 Sept 1918) of a market gardener whose appeal against conscription seems to have been successful. Newspapers are held in The Hive.

Due to the importance of food production, some men were exempt from conscription due to their farming experience and knowledge, but to cover the short fall, women, Scouts, school children, refugees and Prisoners of war worked on the land. It was a turning point for women, as the Government was forced to concede their help was needed to carry out work that had previously been seen as unsuitable. School log books show that attendance decreased during the war, from 91% down to 85%, and one factor was the need to help in the fields. Some farms got boys to help and it is likely that children in market gardening families would have been under pressure to help out, especially if their father or older brothers were away.

A lot of local fruit was turned into jam, as it had been before the war. A number of jam factories and pulping factories were already established in the area, including one by Pershore Station where people could sell fruit to them on the spot, although some people still made it at home. The army bought significant amount so they could provide a soldier’s ration of 4oz of jam a day, later reduced to 3oz. One problem though was a lack of sugar which required creative solutions.

Before the war there had been a push to increase smallholdings, and this continued during the war in response to food shortages. We’re familiar with ‘Dig for Victory’ in WWII, but did you know that this was adapted from a WWI campaign? Besford Court estate was put up for sale in 100 lots in October 1914, along with many other allotments (for personal food) and grounds (for selling to market) that were created during this period.

If you’d like to know more, How the Pershore Plum Won the War can be found in local libraries and The Hive, where it is also to buy from the Explore the Past shop. It offers a fascinating insight into how the war affected a local community and the part they played in a larger war machine.

We’re also collecting memories and stories of market gardening to preserve for the future, as it was such an integral part of life in the Vale – you don’t need to have been a grower yourself to take part, as we’d like to hear from the whole community. If you’d like to find out more or have memories and photos to share, drop into our event at Pershore Town Hall on Saturday 10th August 11am-2pm. You can also contact us via explorethepast@worcestershire.gov.uk or 01905 766352. 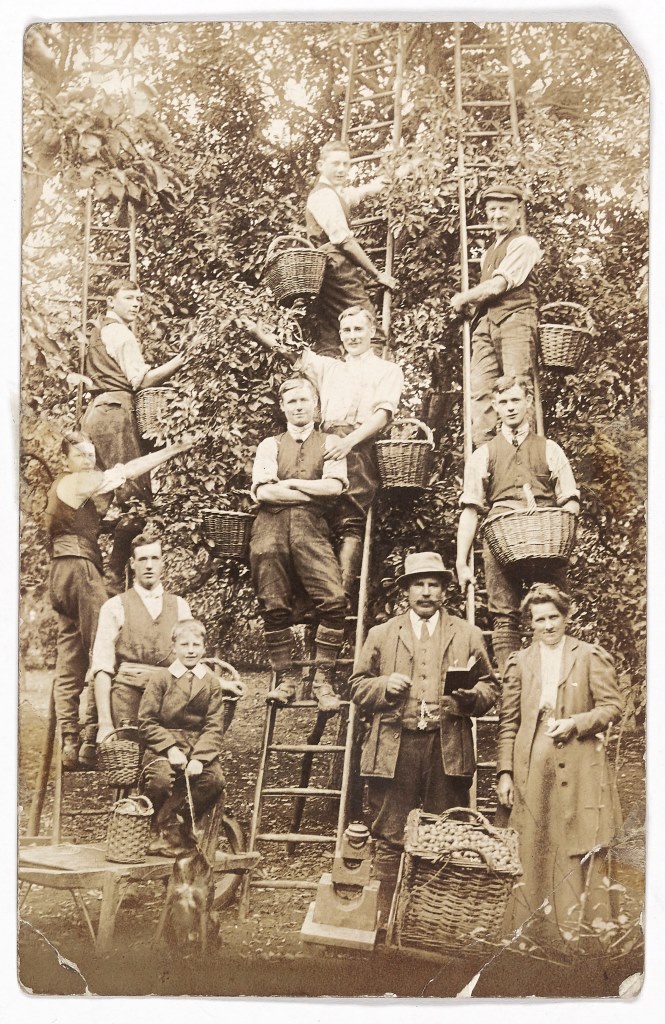 One of the photos brought along to our Evesham event 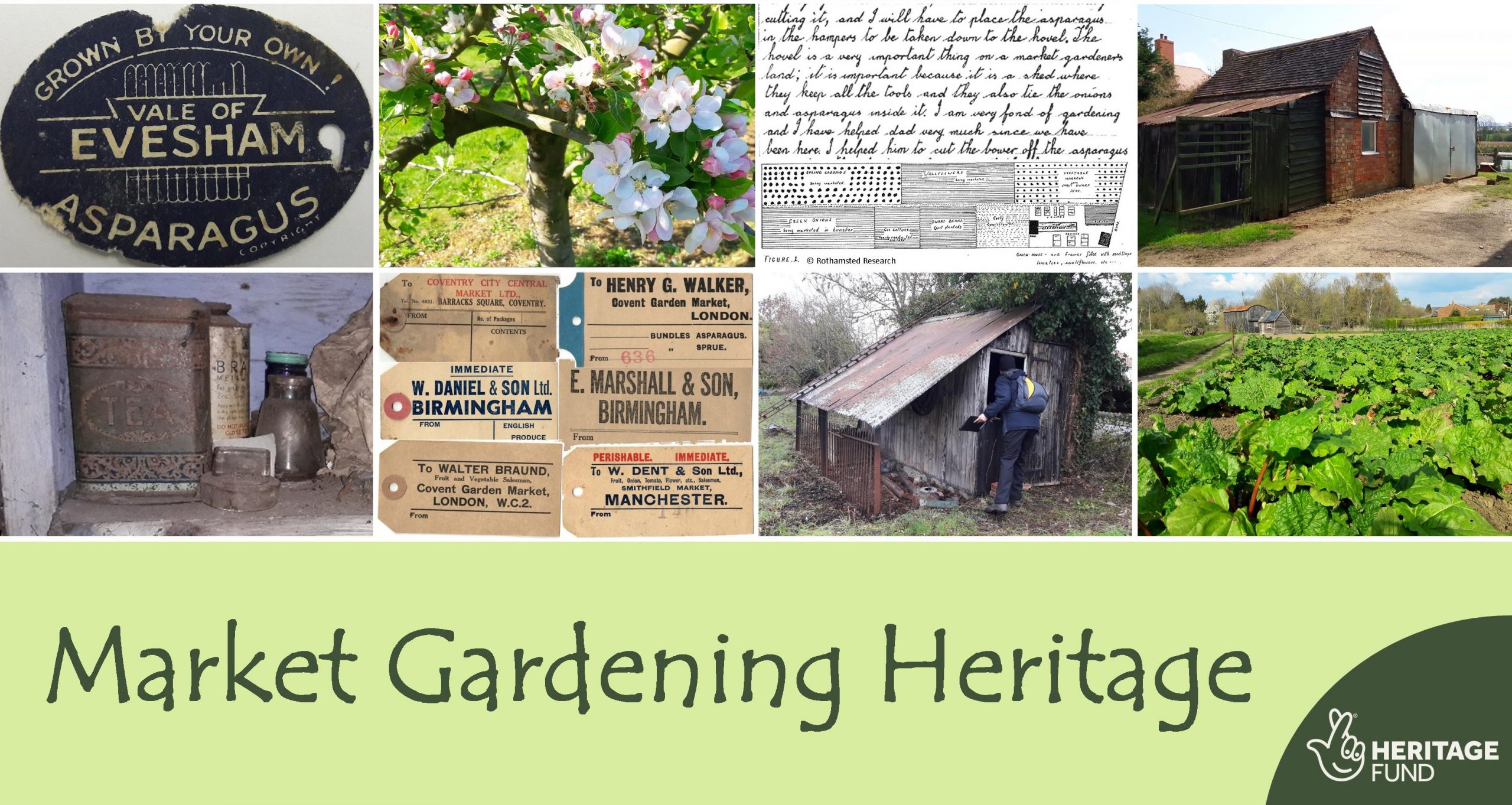 No One Left Behind

We are pleased to announce that resources created in partnership with Museums Worcestershire to support heritage venues and organisations are now live! Videos and toolkits were created as part of the No One Left Behind Project, aimed at helping heritage organisations as they move forward after the pandemic.

Rhonda, our Conservator, does amazing things to repair and conserve our documents. Currently she is working on 15 boxes of wills, thanks to funding from National Conservation of Manuscripts Trust.

New Explore The Past podcast!

We've just published our first podcast! Using interviews we recorded as part of the Market Gardening Heritage Project the podcast has just gone live. have a listen and hear tales and memories of this important local industry.