Another year, another community excavation for the Foresters’ Forest project. This time we’re exploring a Roman enclosure at Ruardean Hill in the Forest of Dean, which initial investigations suggest may be a small fortlet. Come along and see what we’ve discovered at the Open Day on Sunday 22nd September, when there will be site tours running regularly throughout the day – times and parking details are below.

The site survives as a shallow earthwork and is one of four rectangular enclosures identified in the Forest of Dean during a lidar survey in 2006. Based on examples elsewhere, it was first suggested that these might be early Roman small fortlets or medieval hunting lodges, but a trial trench through the ditch and bank at Ruardean Hill revealed lots of Roman pottery. Until now, no excavation has ever taken place inside the enclosure, so there’s a lot of uncertainty and unanswered questions about what exactly was going on at the site nearly 2000 years ago.

The site lies alongside a forest track off Baptist Way (GL17 9AZ). Please be aware that parking space is limited and be considerate of local residents if using the surrounding roads. Nearest parking areas (marked in blue on map below): 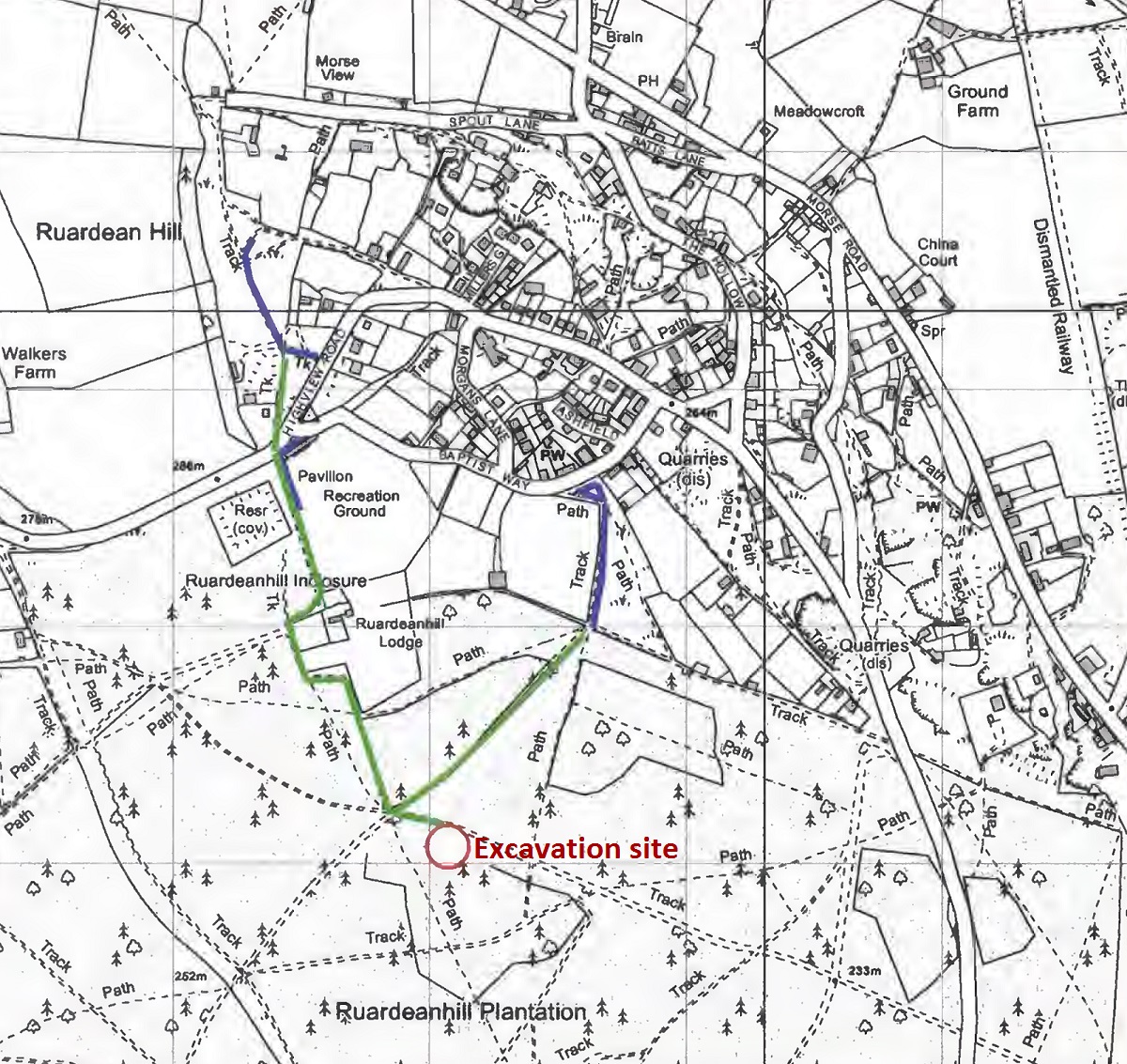 Parking areas shown in blue and walking routes to site are marked in green.

This year marks the 80th anniversary of the evacuation of Allied troops from Dunkirk. Within the archives are stories of this event by Worcestershire people, recorded as part of our WWII oral history project carried our 20-25 years ago. The operation, codenamed ‘Operation Dynamo’ which took place between 27 May and 4 June 1940, is...