Worcestershire archives have been used in a new project looking at 17th and 18th century petitions. It’s great to see our resources used in new ways and contribute to different research projects and we’ve enjoyed hearing about what they’ve been up to and reading some of the stories. 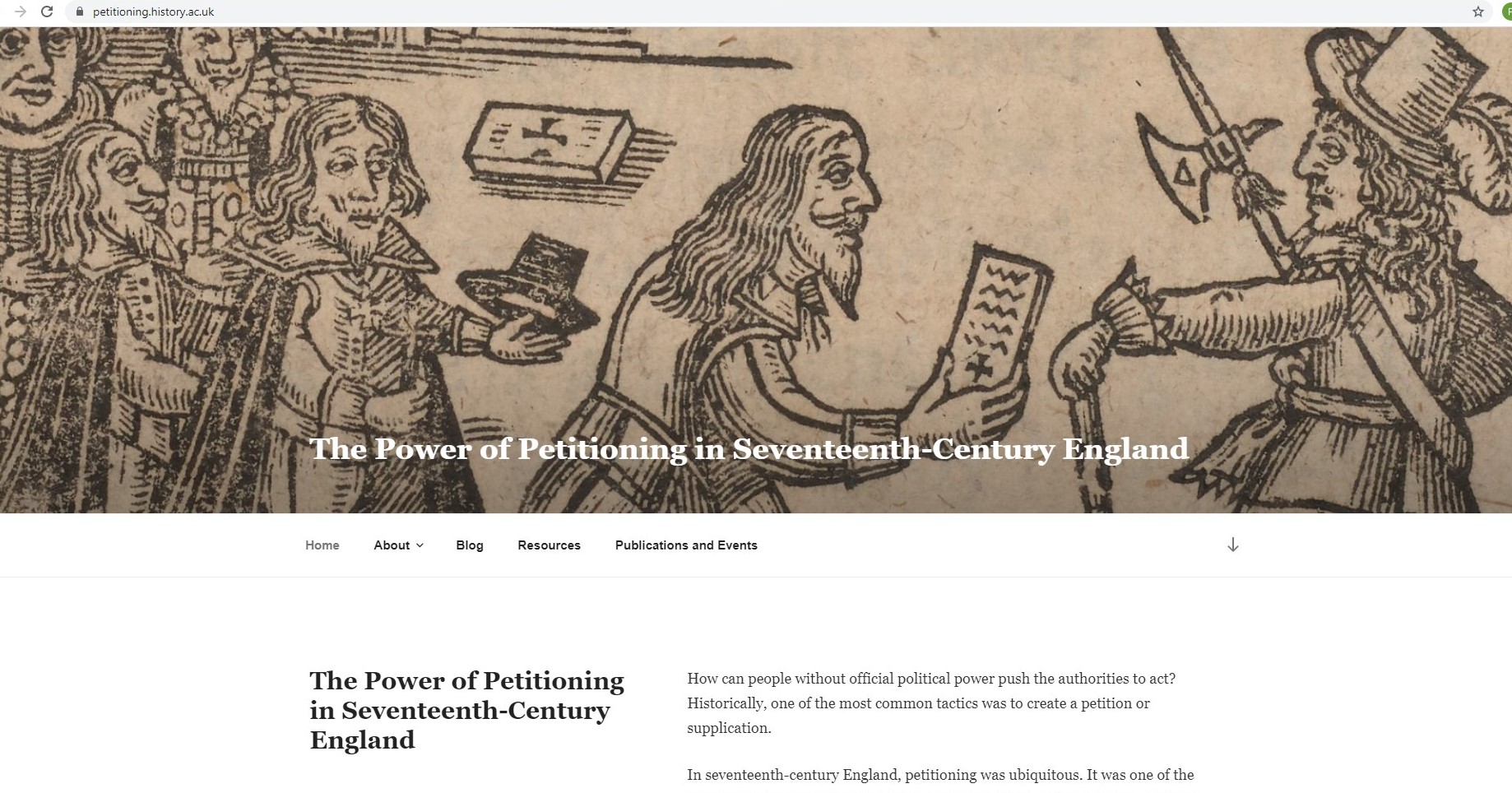 ‘The Power of Petitioning in Seventeenth-Century England’ is a two-year project funded by the Arts and Humanities Research Council which began in January 2019. Petitions from Quarter Sessions have been digitised, transcribed and then added to a website so they are more accessible and can be used for research. We have shared several tweets from the project as they add new petitions to their website and we have had a chat with the Principal Investigator, Dr Brodie Waddell.

What can petitions tell us? “A lot!”, is Brodie’s immediate answer. They are an insight into the concerns and problems of ordinary people and how they tried to solve them. They also contain the names of many local people.

Worcestershire was one of the counties included because our Quarter Sessions records begin earlier than some others, going back to the late 16th century, and they are well catalogued making them easier to use. A good run was required to enable petitioning to be tracked over a couple of centuries.

The petitions were digitised by our in-house Digitisation Team, and then transcribed professionally, in Worcestershire’s case by Dr Gavin Robinson. They have then been published on the British History Online, and able to be name and keyword searched.

One example they found was a petition from Bayton in North Worcestershire where local people petitioned against Daniel Roberts for selling beer due to being an unfit person, having fought against the King in the Civil War, and not attending Church. It looks like they were successful as a clerk wrote that ‘suppresed by order of the cort’ on the document. 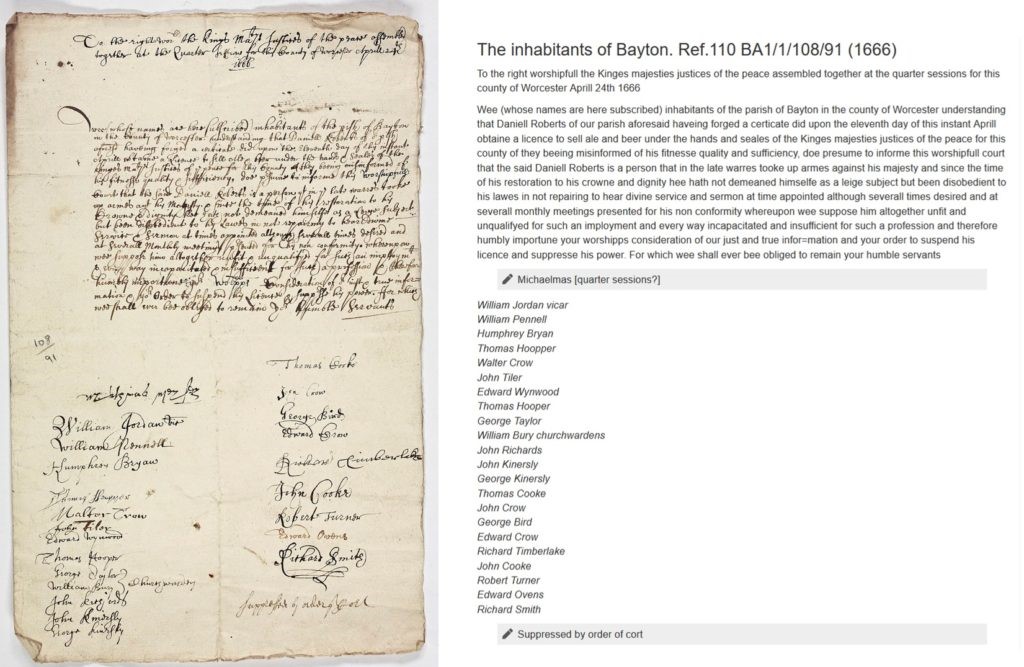 Other examples are petitions in the 1790s to Worcestershire magistrates to open theatres in Worcester and Great Malvern, as well as further afield in Cheltenham and Wolverhampton.

Were there any surprises in the petitions? Brodie said that it was interesting how low the social scale they go down. Poor widows used petitions, and it isn’t just the rich using them. Many are about litigation and ongoing court cases, asking for someone to weigh in and sort out a problem. It gives a fascinating insight into these details of life.

You can look at the 360 Worcestershire petitions (as well as those from other counties) on the project website.

What is next? Now that a wide range of petitions are available for people to use for easily they can be analysed to search for any patterns. The project team are thinking about the next steps for using this information. They’ve got academic papers and a book planned about why we should care about petitions and popular politics.

They have been running a great shared learning project with U3A London, with 30 people taking part. They are now looking at whether they can do similar in other counties with U3As and volunteers.

To find out more go to their website and have a read of some of the petitions. Examples are also given on their blog.

We know there is a wealth if stories and information in the archives and we’ve loved following the project and reading what they’ve discovered.