Sheena-Payne Lunn, Historic Environment Record Officer for Worcester, investigated the First World War origins of St David’s Church, Worcester, a couple of years ago. The article was originally available via the Home Front Legacy website. With that website no longer available we’ve shared it here so people can still read the fascinating story. 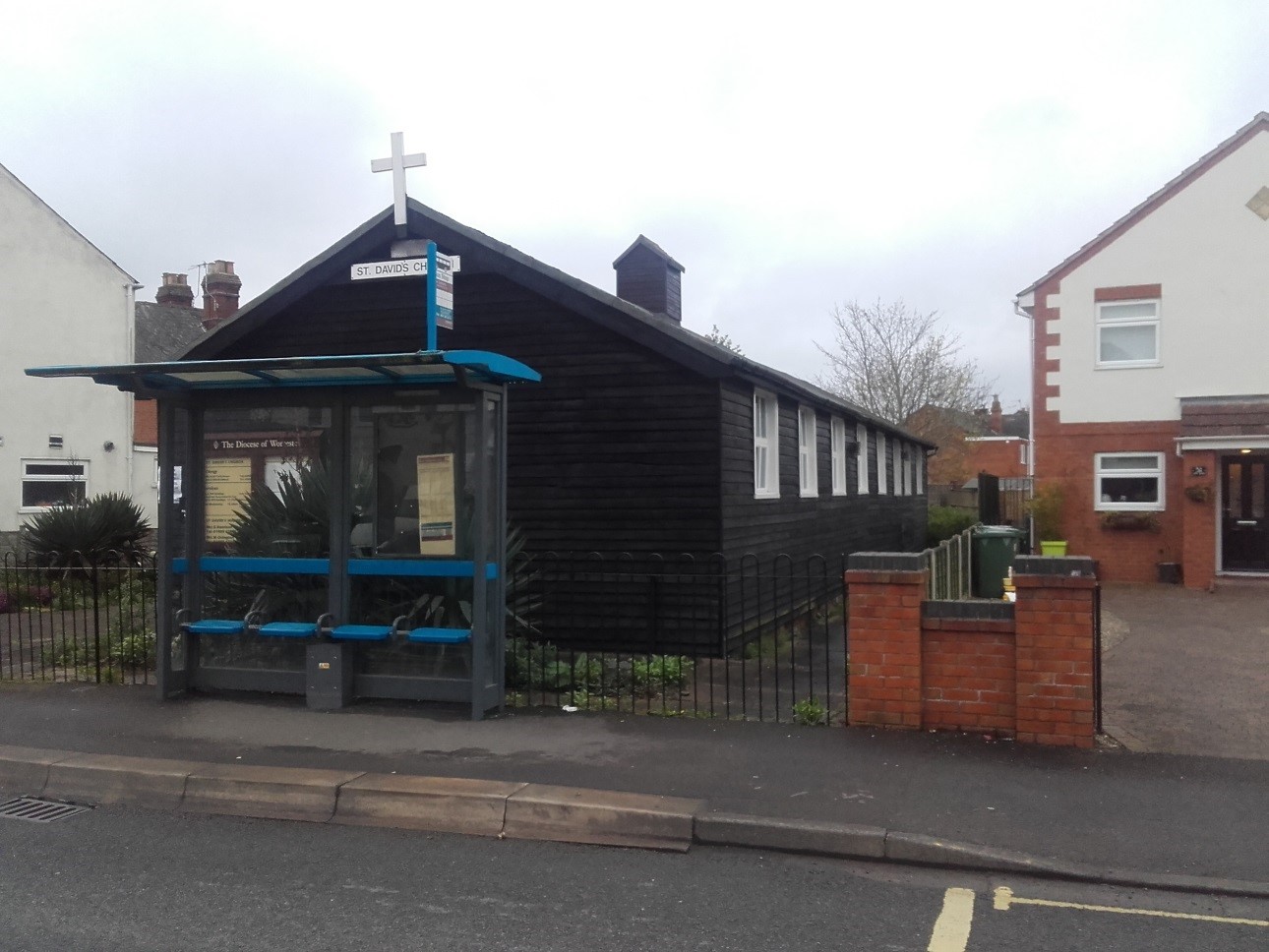 The recent case study ‘Hidden in Plain Sight: Belfast Trusses and Huts’ on the Council for British Archaeology’s Home Front Legacy website, highlighted two of the most distinctive buildings from the First World War period.  In Worcester, we have identified very few buildings from this period, either because they no longer survive or because many of the sites relating to the Great War were existing buildings requisitioned for the purpose.  We are fortunate to still retain the fascinating Government Cartridge No. 3 factory buildings at Blackpole in Worcester – a purpose-built munitions works, in full production by February 1917, later to be acquired by Cadbury’s.  This site is currently the subject of a volunteer recording project and exhibits the distinctive Belfast Truss roofing structure.  The significance of this complex has long been known, but little else has been identified in Worcester relating to this period.  Whilst browsing the case study however, one particular image struck a chord.  This was a photograph of the Bingham Women’s Institute Hut, constructed from two First World War Accommodation huts, most likely sourced from the nearby Clipstone Camp after the war.  It seems to have been quite a common practice to reuse these huts within the community after the war, and this particular example reminded me of a site in Comer Gardens, Worcester.

St David’s Church seems a little incongruous in the western suburb of St John’s, surrounded by brick-built Victorian to modern housing.  When compared with other examples of the period I was very quickly convinced that this must be a reused accommodation hut, but needed further evidence to be certain.  The dimensions of the building taken from digital mapping fitted nicely with the known dimensions of such types (known as an Armstrong Hut) measuring 20ft wide by 66ft long.  Closer inspection of the eastern end shows that the original doorway has been blocked.  Reference to the church website revealed that the church was in place by c1920, which would fit with the post war reuse.  The clinching piece of evidence came in documentary form.  We are very fortunate as part of the Worcester City Historic Environment Record to have access to a well-indexed, georeferenced collection of digitised building applications, dating from 1865-1948. This collection is invaluable to our conservation officers in their day to day work as well as to formal and informal research.  A building application from 1920 for the site confirmed this as an ‘Army Hut’. 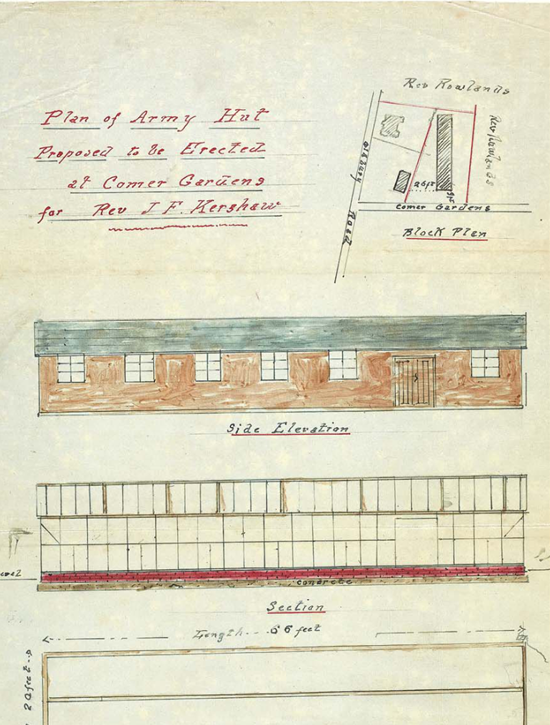 Further delving into the Worcestershire archives at The Hive, Worcester added more colour to the story and more specific information on the circumstances surrounding the acquisition of the hut.  The Hallow and Broadheath Parish Magazines were a mine of information, and in the April 1921 edition advertised the dedication service of the new Comer Church Hall by the Lord Bishop of the Diocese on the 1st Sunday after Easter, April 3rd.  The magazine went into some detail about the loss of previous premises and the acquisition of the hut, the work being carried out by Mr F W Brazier, Builder and Contractor.  The cost of the Army Hut and its removal to Comer Gardens was £100, and the cost of its re-erection and fittings amounted to £200, with grants and fundraising coming from the Diocesan Church Extension Society and parishioners. 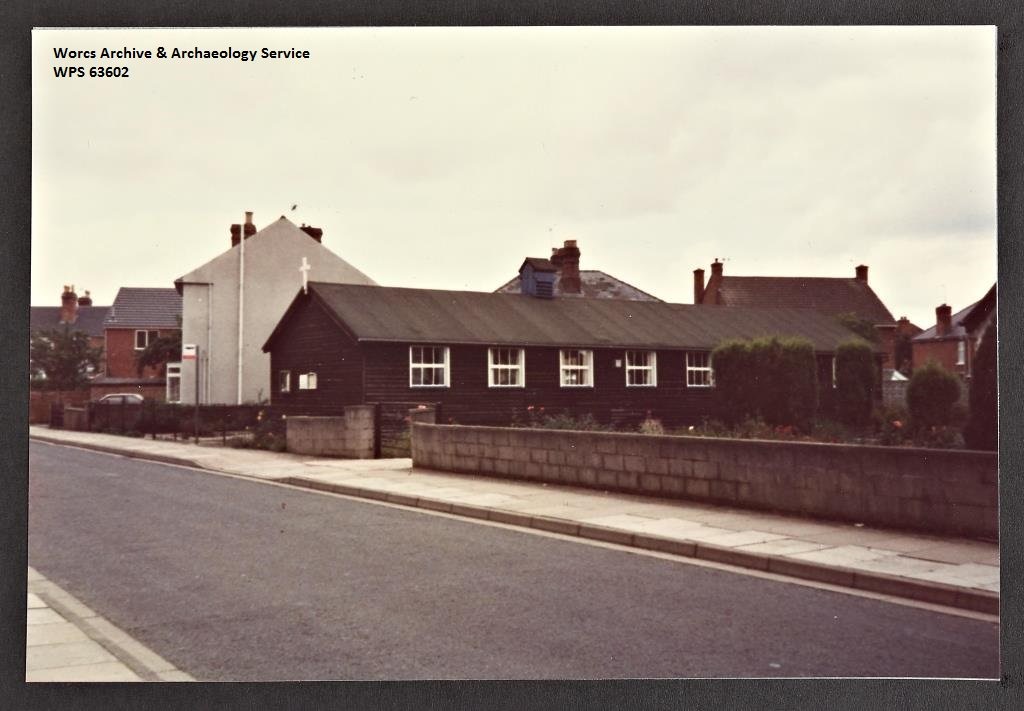 There is a colourful account of the Bishop’s dedication service from the July 1921 edition, who spoke poignantly about the origins of the building, and I will simply quote here verbatim:

“He said that in that Army Hut they had something that came straight out of one of the biggest struggles God had ever permitted.  The shape of that building, the windows, the way they opened, and the place where the door was, must all be very familiar to many of the men present.  He (the Bishop) was himself under canvas on a moorland in Sussex when first the Army Huts began to be put together in the together in the second week of October in 1914, and now here was that most wonderfully prepared for the worship of God.  It was like Melchisedec meeting Abraham, a message of peace straight out of a great struggle.  The setting up of that hut had only been made possible by a good deal of quiet generosity.  It was a great joy to him to accept the hut for its sacred purposes, and, happily for some other purposes which with perfect reverence could also be served when the hut was not needed actually for Divine services.  He charged them to keep it with great care.  He had no doubt that some of them had already done what they could to make it seemly and nice, but a great deal would depend upon the way in which, when it was used for recreation purposes, games or what not, the young people took great care – or did not take great care- of it.  They could make it what they liked.  It could be to them something that they treasured, guarded and defended, because it belonged to God, or they could treat it as the men sometimes treated the Army hut when it was an Army hut.  But he was sure that they would not do that.” 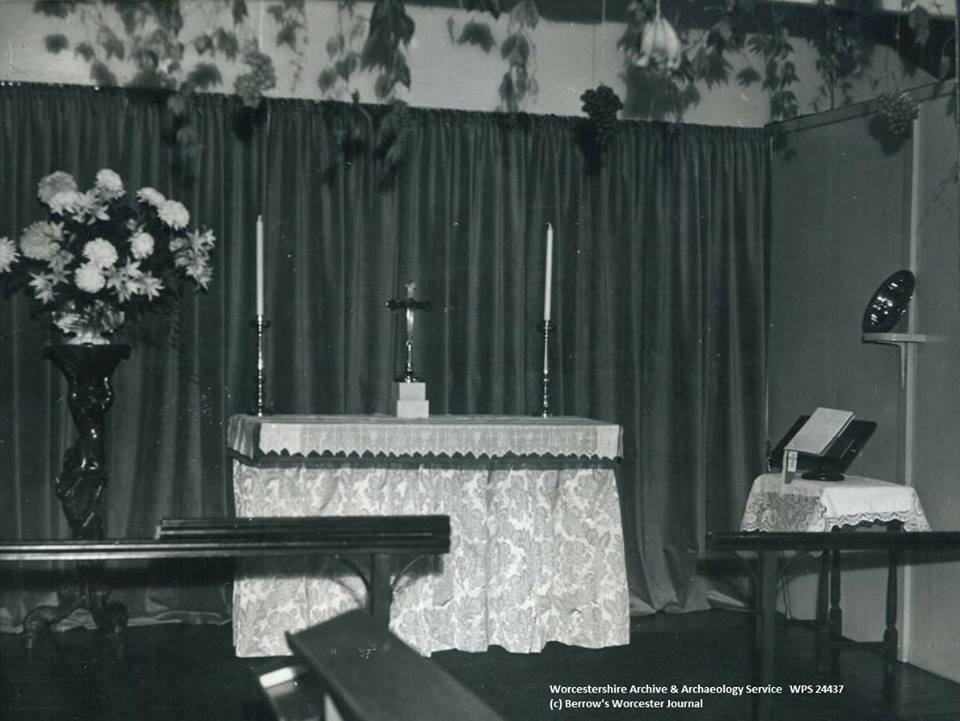 It would be nice to identify where the hut may have originated, but I suspect we may not be able to track this down, after some trawling of the parish records.  All that remains therefore is to add this newly identified building to the Home Front Legacy database. 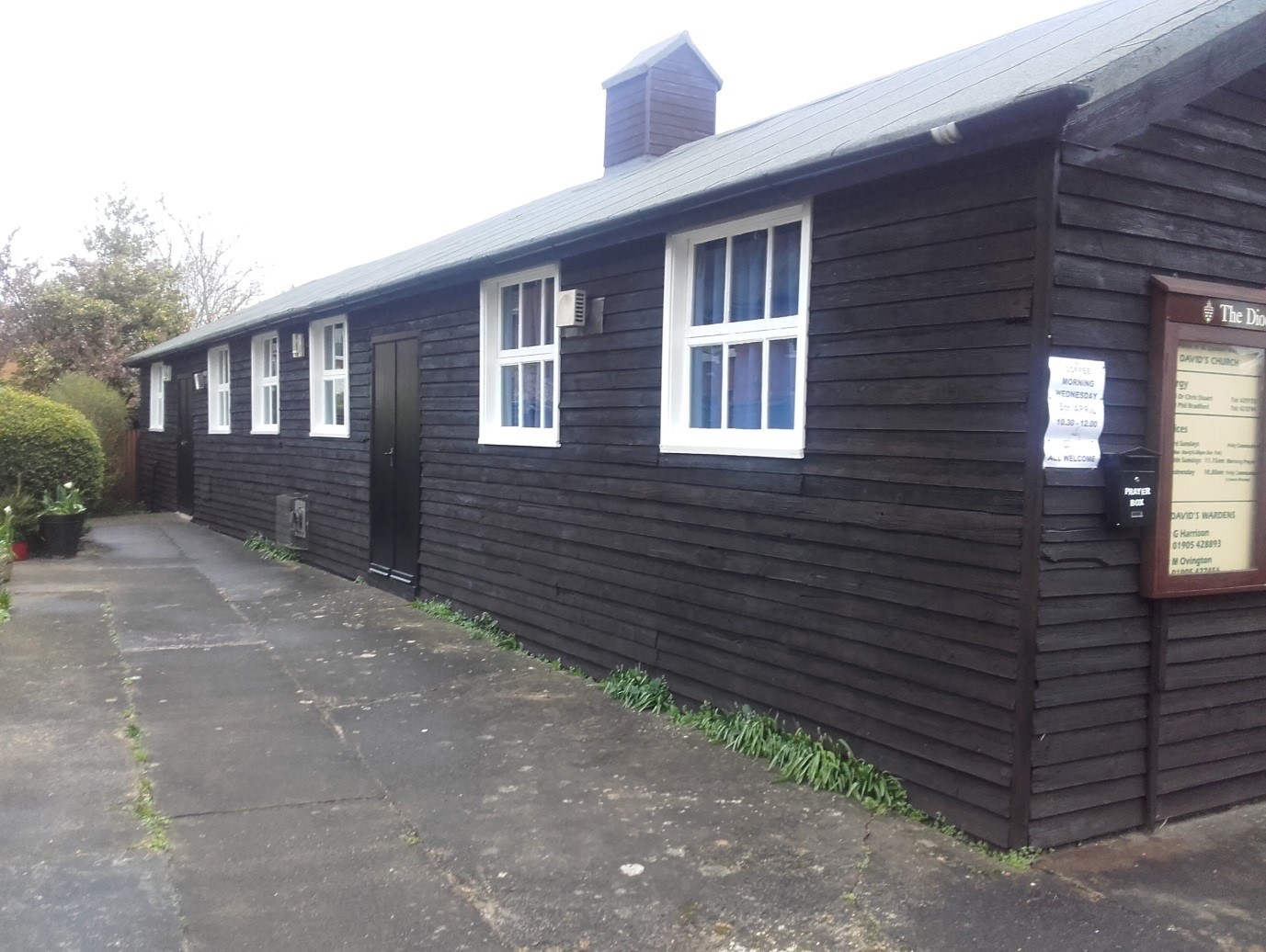 2 responses to “Hidden in Plain Sight: a discovery in Worcester, St David’s Church”

Among the thousands of documents in the 12 miles of archives we hold, some stand out more than others, and Shakespeare’s marriage bond is one of these. Everyone has heard of William Shakespeare, but there is very little about him as a person in Stratford as opposed to his plays and literary life. Here in...