A couple of years ago we produced A Slice of the Past, a booklet with recipes taken from the archives. A few have been tried out by staff, including Mince Pies and Almond Jumballs, and were very tasty. 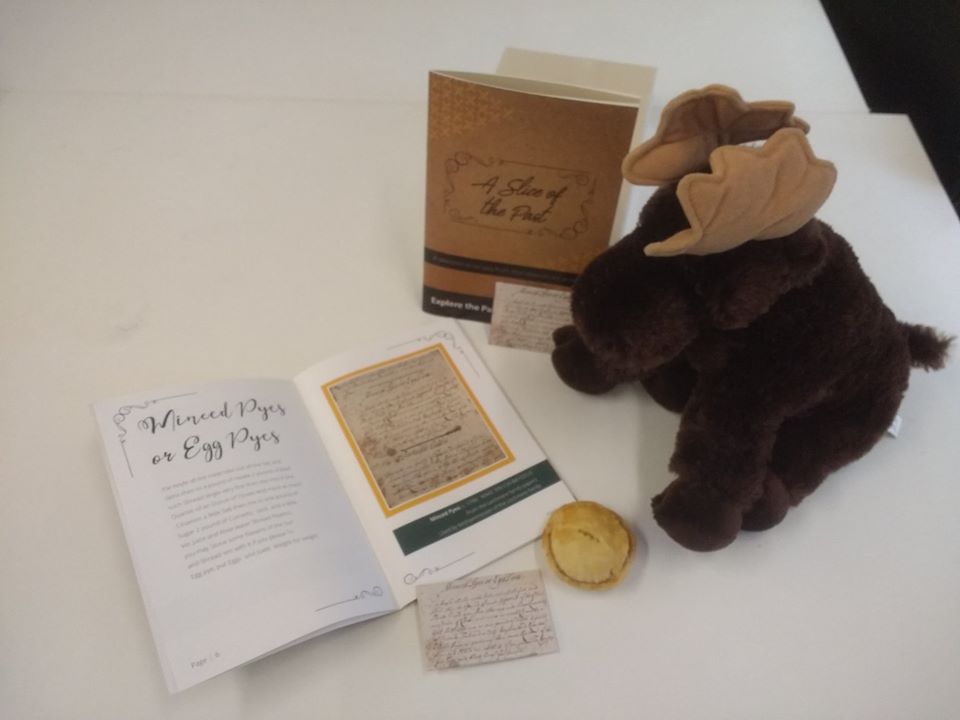 Monty the Moose with mince pies made from the recipe book

To coincide with the History Begins at Home campaign, promoting history at home, which this week is food and drink, we thought we’d start a weekly food challenge. So whilst we are at home more each week we’ll either give a theme or recipe and give you a week to have a go and send us pictures. The winner will receive a copy of the booklet. However as we sadly can’t taste what you bake we will have to go on what we can see!

We start with Almond Jumballs. When the booklet was produced Teresa had a go and they were very nice, so we thought this would be a good one to start with. The recipe was found within the family papers of the Berrington family, and dates from the 18th century. 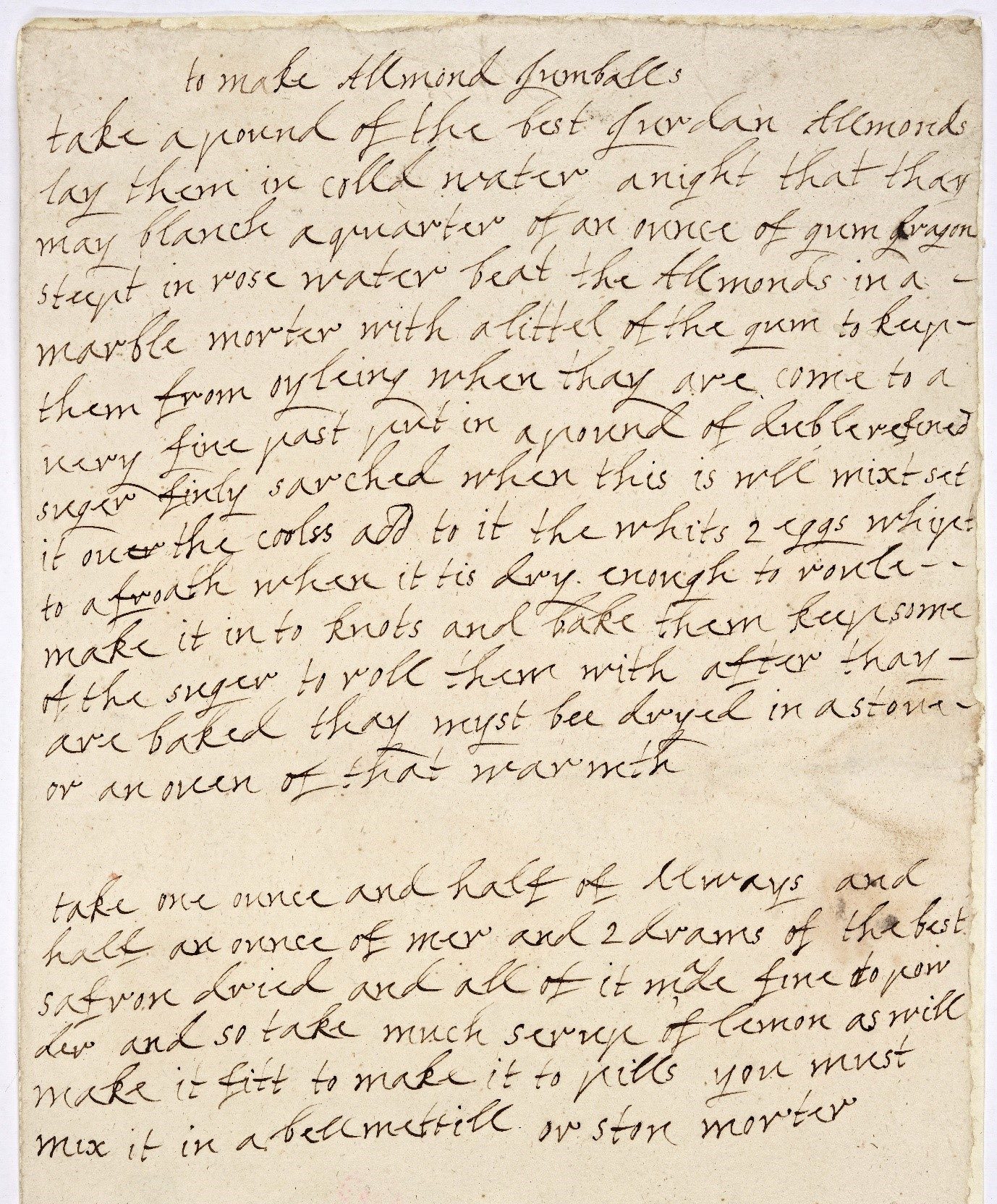 Take a pound of the best Jurdan Allmonds

Lay them in colld water a night that thay

may blanch a quarter of an ounce of gum dragon

Steept in rose water beat the Allmonds in a –

Marble morter with a littel of the gum to keep-

them from oyleing when thay are come to a

very fine past put in a pound of duble refined

suger finly sarched when this is well mixt set

to a froath when it tis dry enough to roule- –

make it in to knots and bake them keep some

of the suger to roll them with after thay-

are baked thay myst bee dryed in a stove-

or an oven of that warmth

Or Gum tragacanth is a viscous, odourless, tasteless, water-soluble mixture obtained from sap which is drained from the root of the plant and dried. It is used as an emulsifier or thickener. It is often used to strengthen sugar work.

(Verb) getting oily. Almonds, when crushed, may get oily. Rosewater or other liquids were sometimes added to prevent this happening.

Some ingredients may not be as readily to hand, so it is fine to adapt! 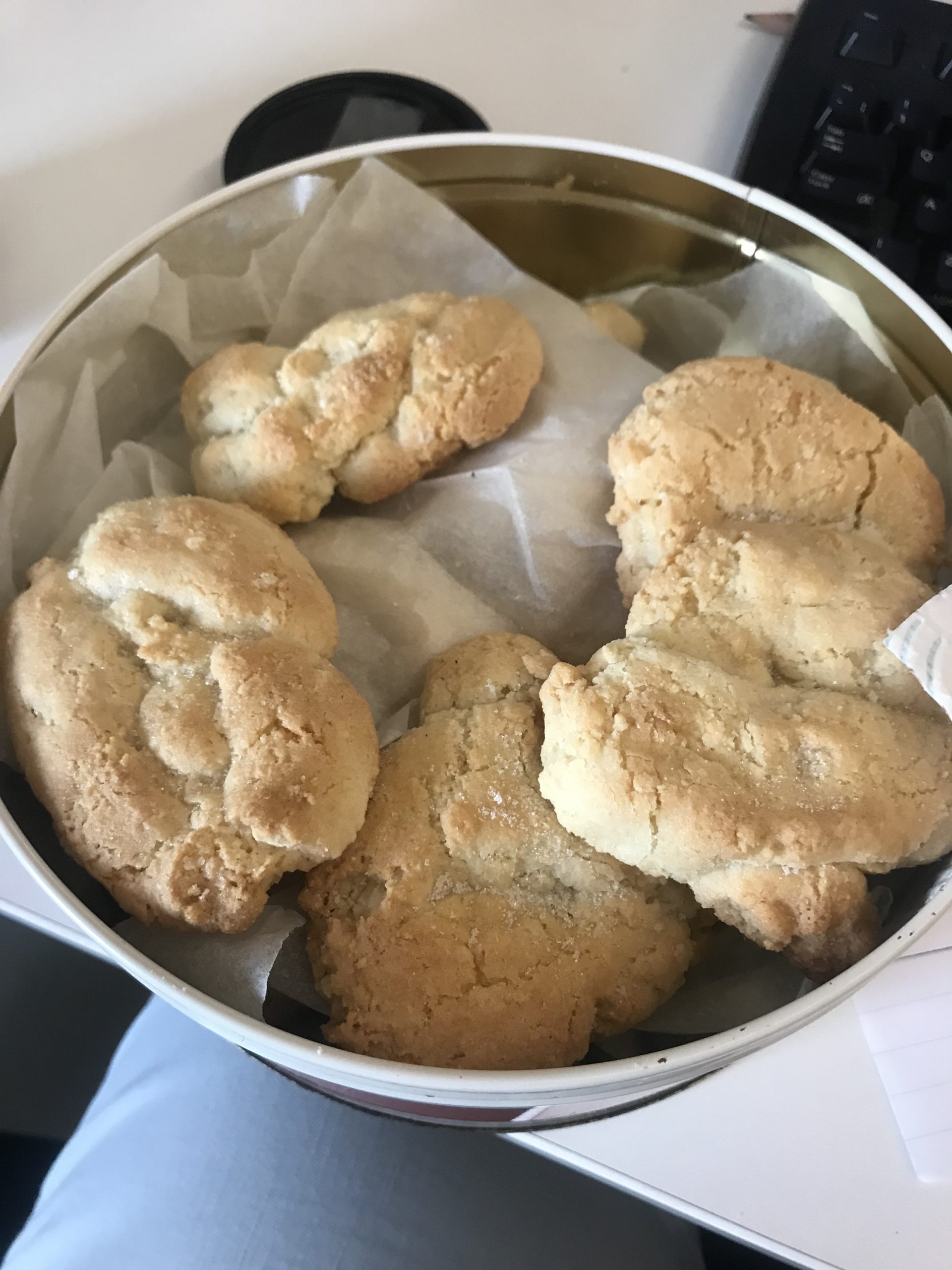 Either post your photos to the Facebook post we’ll be doing, or email explorethepast@worcestershire.gov.uk. Copes of the booklet can be purchased once The Hive is reopen.

Why not also talk to relatives about their memories of food, and recipes they used in the past? 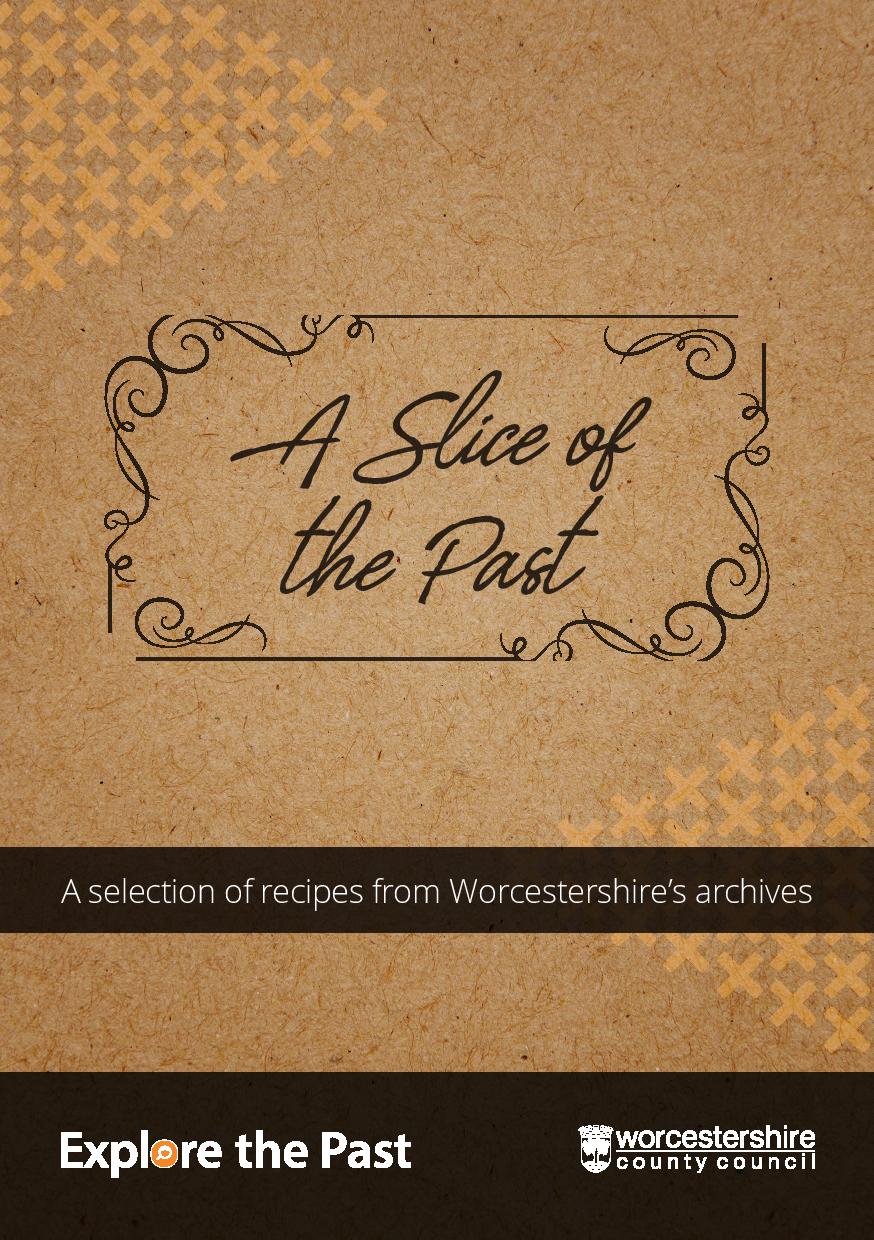 While we are all so disconnected from the archives safely stored in the Hive strong rooms, it’s nice to remember some of the beautiful things we hold in the archives.  Some of our most beautiful books have marbled patterns along the edges of pages and on the inside sheets and luckily, one of our archive...