Mince pies are a popular part of Christmas and we expect most of you have had quite a few already. In the past we’ve shared this recipe for Mince Pyes from 1790, taken from a book in the Lechmere archives. Other recipes include gingerbread, roasting lobsters and stewing cucumber the Hanley way. We’ve always thought that one year we’d have a go at the mince pies and see what they taste like. 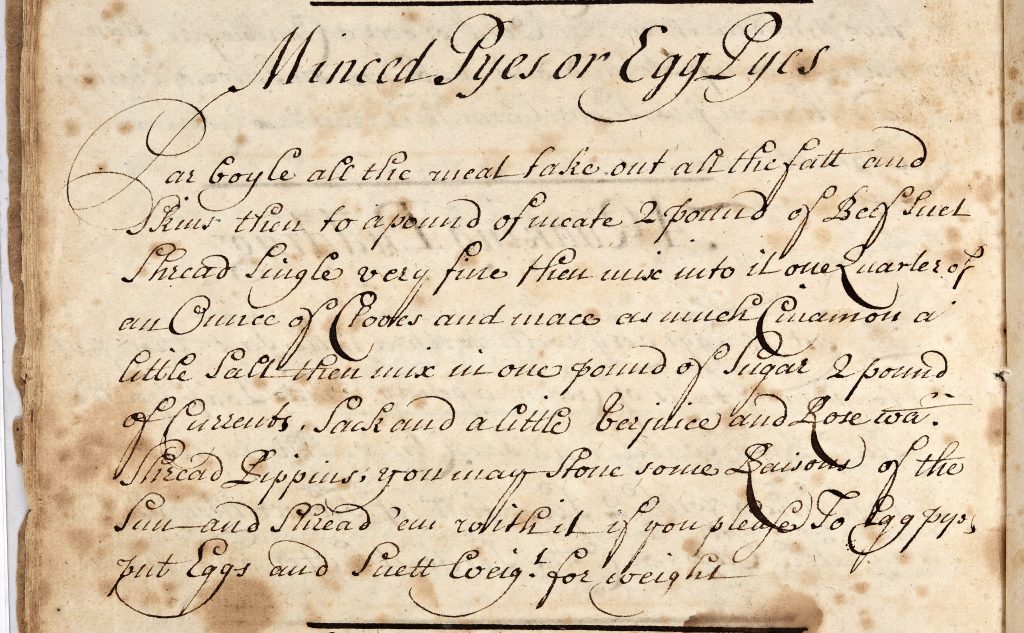 This year we did just that with our Outreach manager, Paul, doing some experimental historical cooking. The recipe has many familiar ingredients such as currents, suet, sugar, but one noticeable different from most mincemeat today is meat. Originally mincemeat had meat in, hence the name, but over the years this reduced as more exotic ingredients were used by people wanted to show off and make them special for Christmas. It is often said that the big change to meat-less mincemeat came around the time of the Civil War, although this recipe shows that meat continued to be an ingredient long after this period.

The mincemeat ingredients were assembled. Most of it was obvious, such as meat (for which Paul used minced beef), suet, currents, sugar, rose water, cinnamon and cloves. Coxes apples were used instead of pippins and the optional ‘raisins of the sun’ were used. A couple of items had to be looked up – sack and verjuice. Sack turns out to be a strong light coloured wine the equivalent of sherry, which is often used in modern recipes. Verjuice is a sour juice from unripe grapes or crab apples, for which lemon juice was suggested as an alternative. 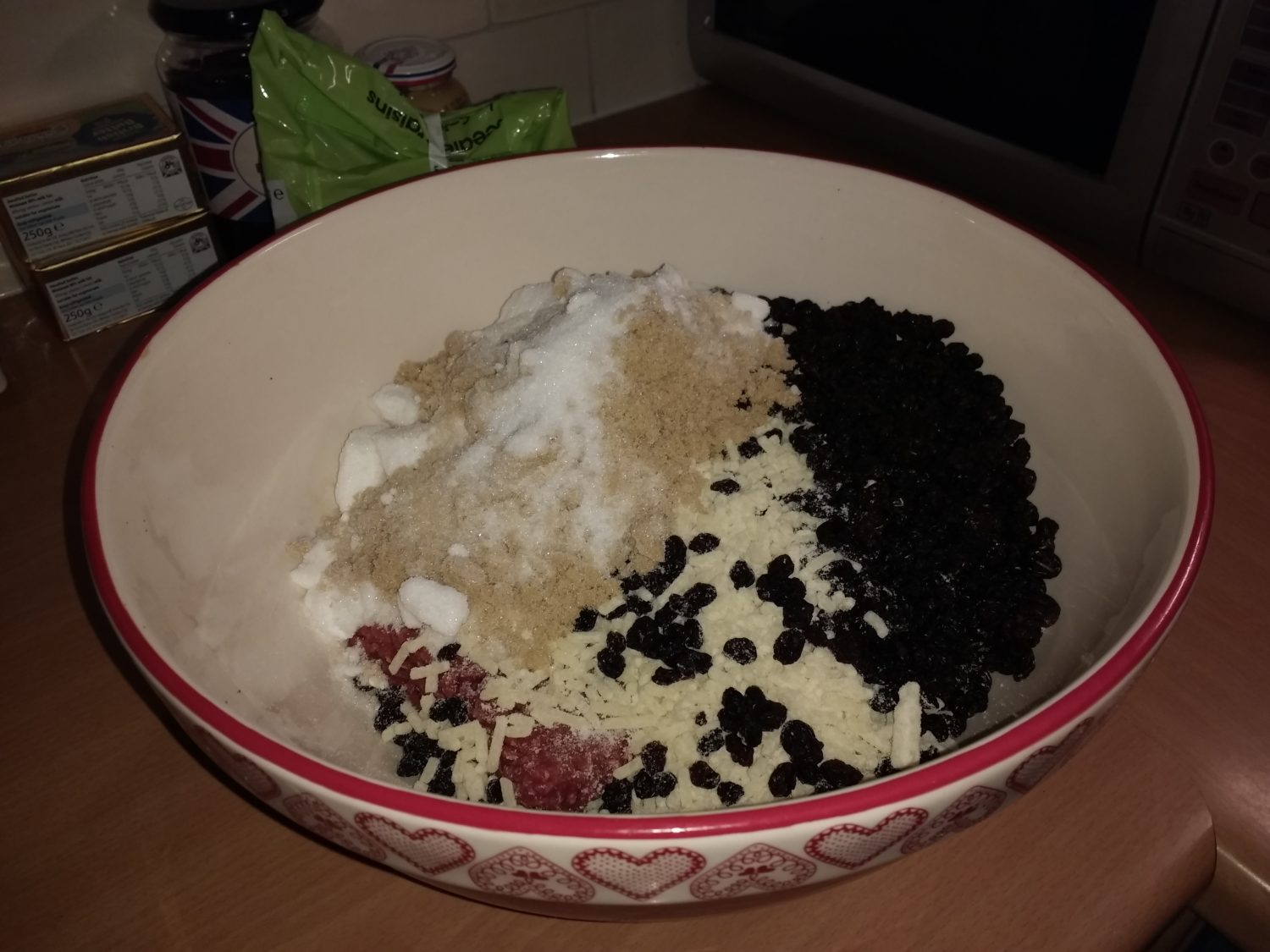 Most quantities were given, but the sack and verjuice amounts were unspecified so a guess had to be made, with a unit of measurement for the former being a ‘Mary Berry’ glug. The mixture was then left and the pies made a few days later. A pastry recipe wasn’t included in the book so a modern pastry was used. 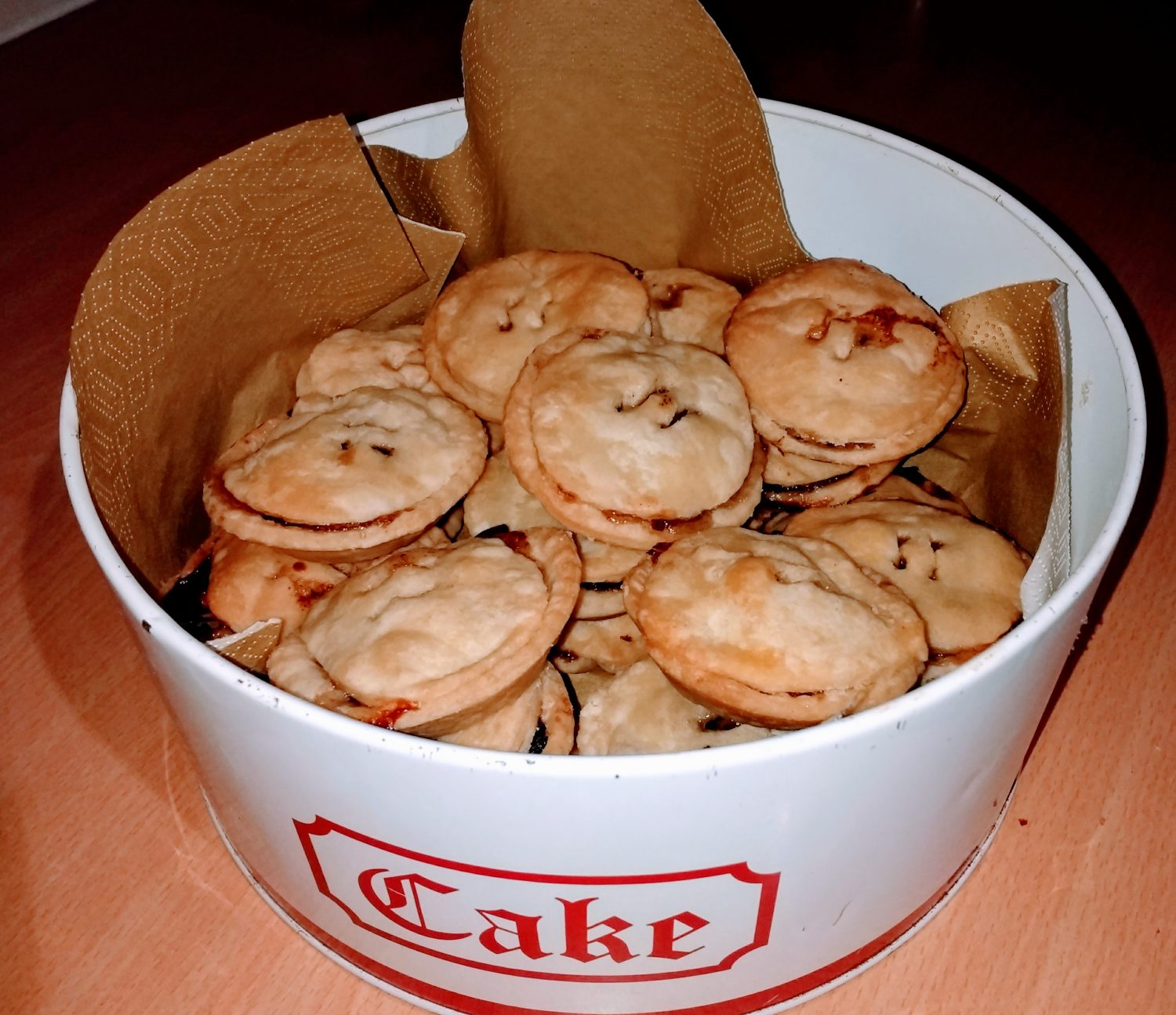 The pies were then taken in to The Hive to see what staff thought. A few colleagues are vegetarians or don’t like mince pies, but apart from that everyone who was offered one ate it. The verdict seemed very positive. One or two were a bit cautious on hearing it contained meat or was a 220 year old recipe, but then realised that it was perfectly edible and quite nice. We often think that just because a recipe or food is old it may not be nice to eat. A few people commented that they wouldn’t have noticed the difference without being told. 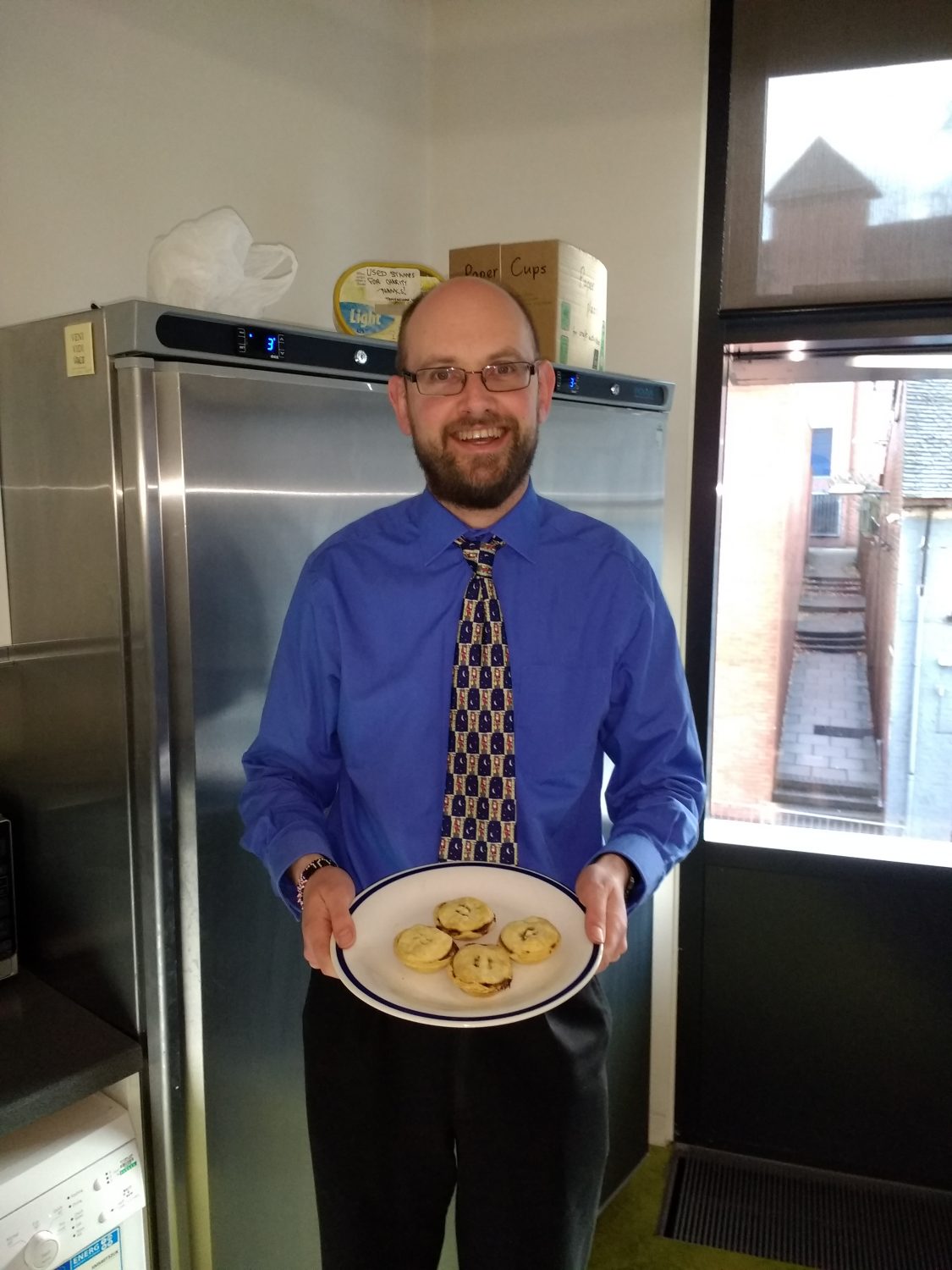 We are planning on producing a recipe book from the archives next year, so there could be some more recipes to try!

A couple of years ago we produced A Slice of the Past, a booklet with recipes taken from the archives. A few have been tried out by staff, including Mince Pies and Almond Jumballs, and were very tasty. To coincide with the History Begins at Home campaign, promoting history at home, which this week is...