The end of World War II in Europe had been on the cards from the beginning of 1945 following a series of surrenders by the German Army.  So for many it came as no real surprise when at 19.40 on 7 May 1945 the Ministry of Information made a short announcement:  “In accordance with arrangements between the three great powers, tomorrow, Tuesday, will be treated as Victory in Europe Day and will be regarded as a holiday.”   Within minutes of the announcement, tens of thousands of people gathered on the streets of central London to celebrate.

On 8 May VE Day the celebrations continued.  The then Prime Minister, Winston Churchill, made a speech in the afternoon  and suggested that people should allow themselves ‘a brief period of rejoicing’ and in the late afternoon the Royal family appeared on the balcony at Buckingham Palace joined by Churchill.  In the evening the King made a broadcast to the nation in the evening and two searchlights made a giant ‘V’ in the sky above St. Paul’s Cathedral. 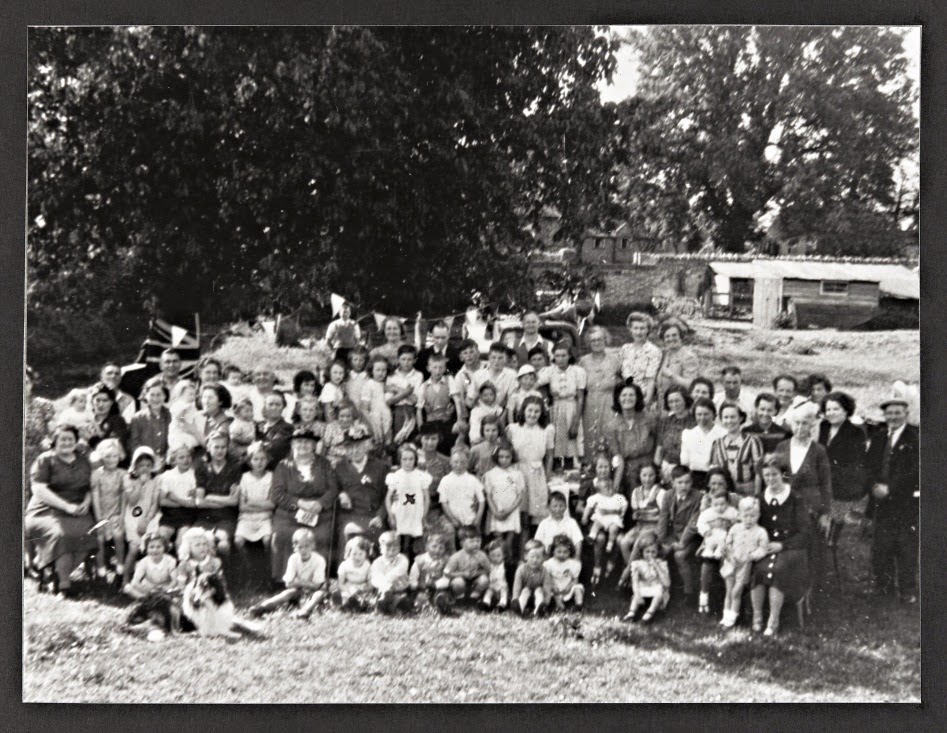 VE Day party held in the paddock at the rear of Landsdowne, Port Street, Evesham, 1945. Photograph from Worcestershire Photographic Survey courtesy of Mr Perkins of Evesham

Several Worcestershire residents were interviewed about their recollections of World War II to mark the 50th anniversary of the end of the War as part of an oral history project run by the then Hereford and Worcester Record Office.  Many recalled where they were on VE day and the celebrations in which they were involved.  The following are just a small selection of those memories.

Jim was a solider at Woolwich in May 1945.  He was one of the many Worcestershire people who found themselves in London. On VE Day he was one of the thousands who gathered outside Buckingham Palace

Diana, a child during the War, was part of celebrations in her own street in Croydon and then went up to join the crowds at Trafalgar Square.  She described both events in her interview 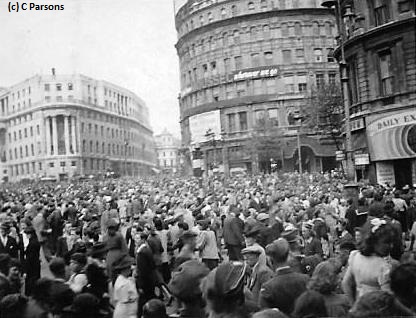 Parties around the country

Parties and celebrations also took place across the country.

Betty, a teenager in living in South Yorkshire at the time of VE Day recalled how the party in her village came about.

While in Worcester Iris was working in Woolworths on VE Day and recalled the day vividly:

In the midst of all the celebrations VE Day was also bittersweet moment for many people as they were also mourning a loved one killed on active service or in an air raid and, while the War was officially over in Europe, the fighting continued in the Far East for several more months.

You can read transcripts of all of the oral history interviews featured here.

One of the clips, Betty’s, will be included on a Channel 5 programme on Friday at 7pm, and available on their website. We were one of several archives they spoke to and we shared several of the interviews, from which they selected this one. It is nice to know the story we recorded is being shared to a wider audience.