A site in Wolverhampton gave us the opportunity of sharing what we do – only this time Architecture students from the nearby University of Wolverhampton came along to visit.

In collaboration with the University and facilitated by City of Wolverhampton Council, some Architecture students were invited to take a tour of the evaluation dig to give them an idea of the importance of archaeology in the building process.

This was a great opportunity to work with the students and give them an idea of where their work in architecture affects existing archaeology and how we, as archaeologists, unwrap the historical narrative behind, and indeed underneath, their designs.

The excavation was the site of a late Elizabethan moated manor house on the outskirts of the city. Due to the expansion of the city the site is now central in Wolverhampton.

In the late 18th century, the house becomes a Japanning factory and by 1830-1840, the moat was filled in.  Japanning is the art of decorative enamelling including things such as sewing machines and even woodwork such as furniture.  The furniture was highly sought after in the era as it boasted of the orient where, as the name suggests, the technique was brought back from Japan.

Birmingham Archaeology did a series of investigations between 2000-07 which found parts of the Old Hall (or Great Hall as it was called), and slots through the surrounding moat in various parts of the circuit. We then went to carry out an evaluation further to south where we found a furnace room and associated flues.

Often, we can’t show the public a site for practical reasons, so it was good to be able to show them what we were doing.

The students were invited along as part of their course to understand archaeology in the planning system. Ellie Ramsey, the City Planning Archaeologist, had given them a brief lecture and then accompanied them to the site where one of our project officers gave them a tour of the open trenches to give them an idea of the importance of archaeology in the planning process. 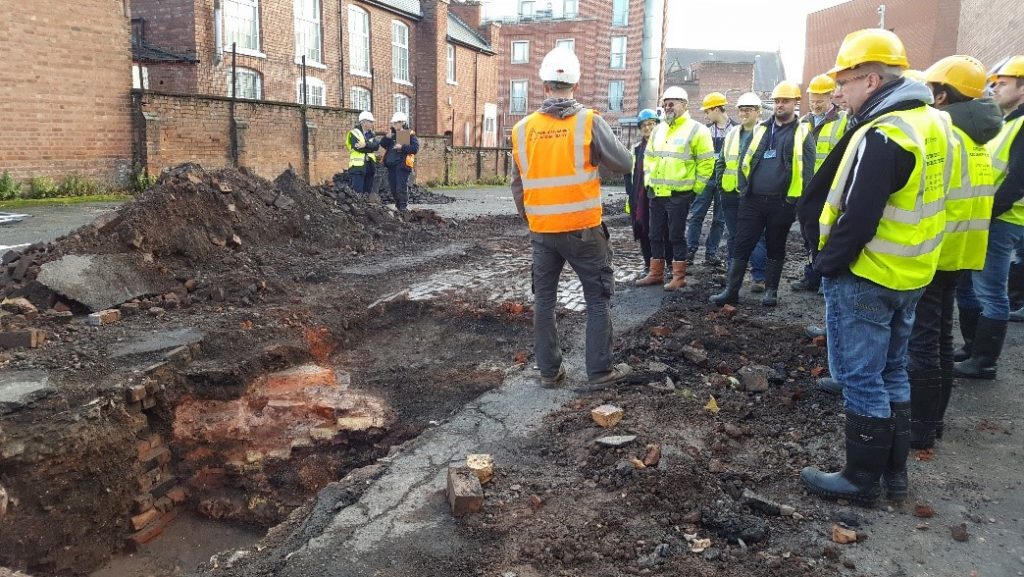 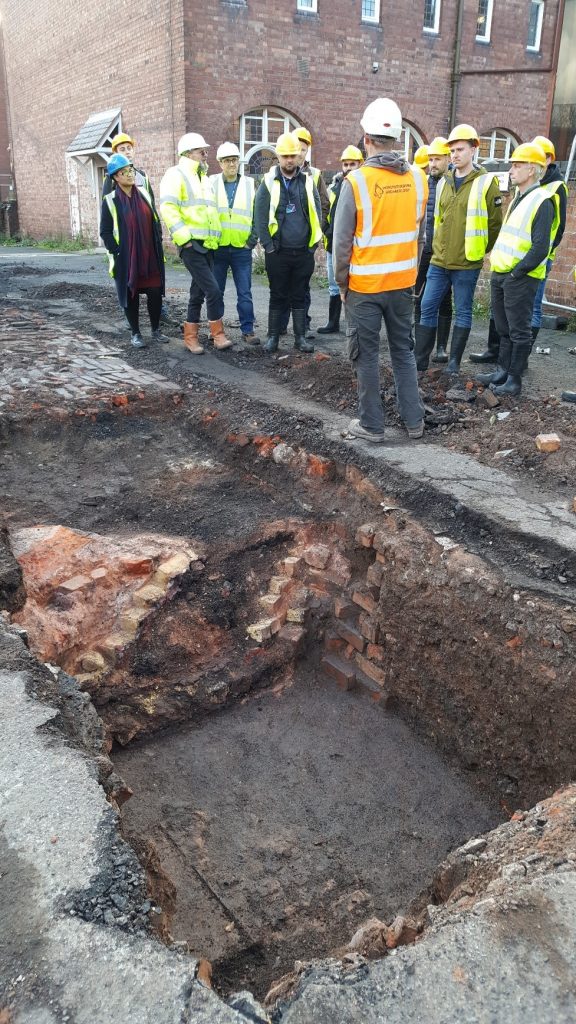 It was a great opportunity for these young modern architects to be able to see old architecture as an archaeologist normally sees it, as well as them getting an understanding of archaeology in the planning system.

It makes you wonder how their buildings will look like in 300-400 years?