The Three Choirs Festival is the longest running non-competitive classical music festival in the world. Rotating between the English cathedral cities of Worcester, Hereford, and Gloucester, the festival hosts an annual, week-long, summer programme of concerts and services, with an accompanying fringe programme. We’ve had a look in our collections to share some of the images and documents we have recording the festival.

It is regarded at starting in 1715 with an event in Gloucester. Although it can be hard to find early written evidence and details. In the early years the Cathedrals only held services and concerts of purely religious music, with secular music in secular venues.

Here in the archives we hold several collections with documents and records relating to the festival. These include sets of programmes for the Festivals over the years, providing a record of performances and significant performers. These include the programme for 1914, which was cancelled after the outbreak of war. 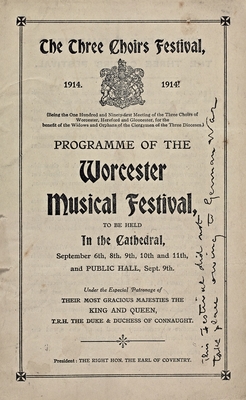 1914 Festival programme, with note to say that it has been cancelled handwritten on front. 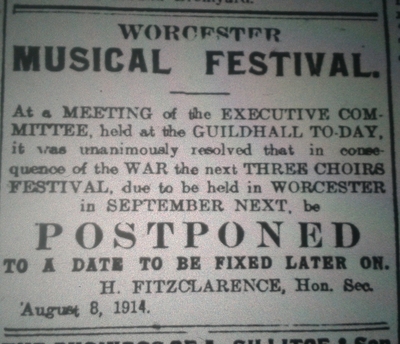 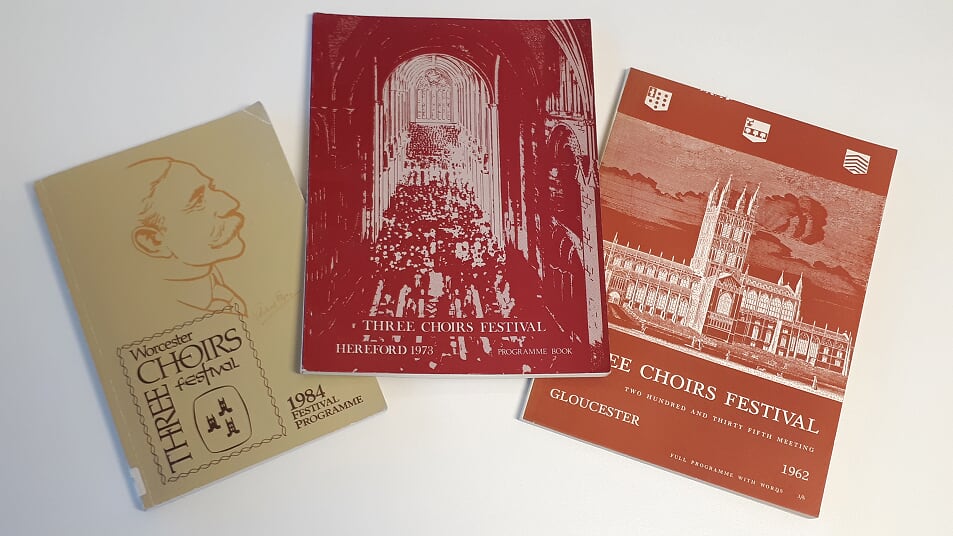 Our photo collection contains images relating to festivals over the years, both performances and rehearsals, some of which were taken by newspapers. 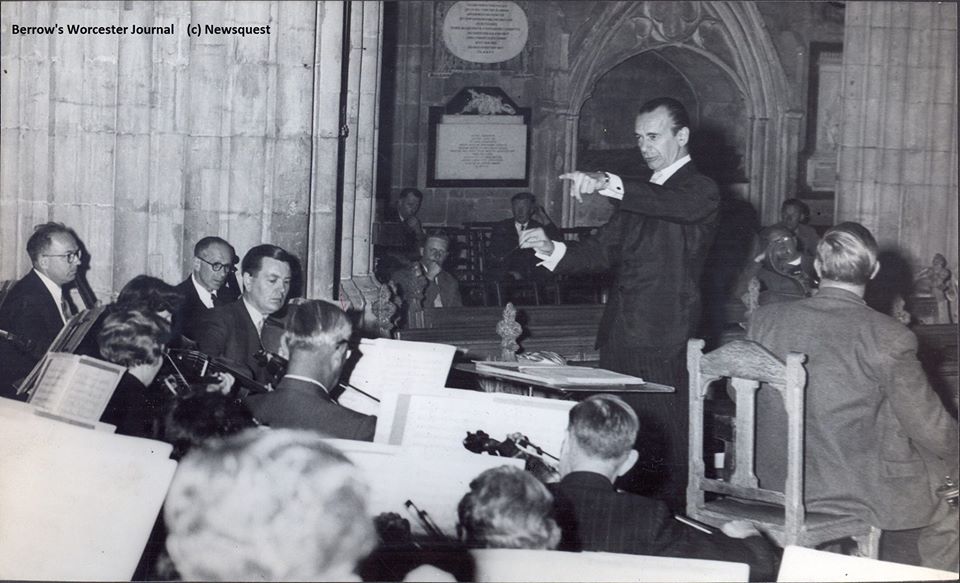 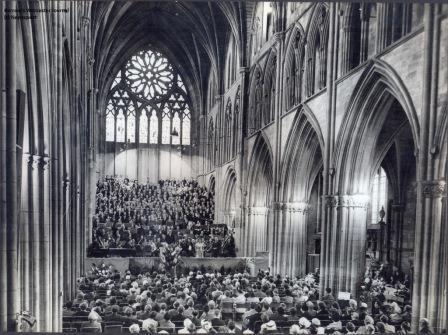 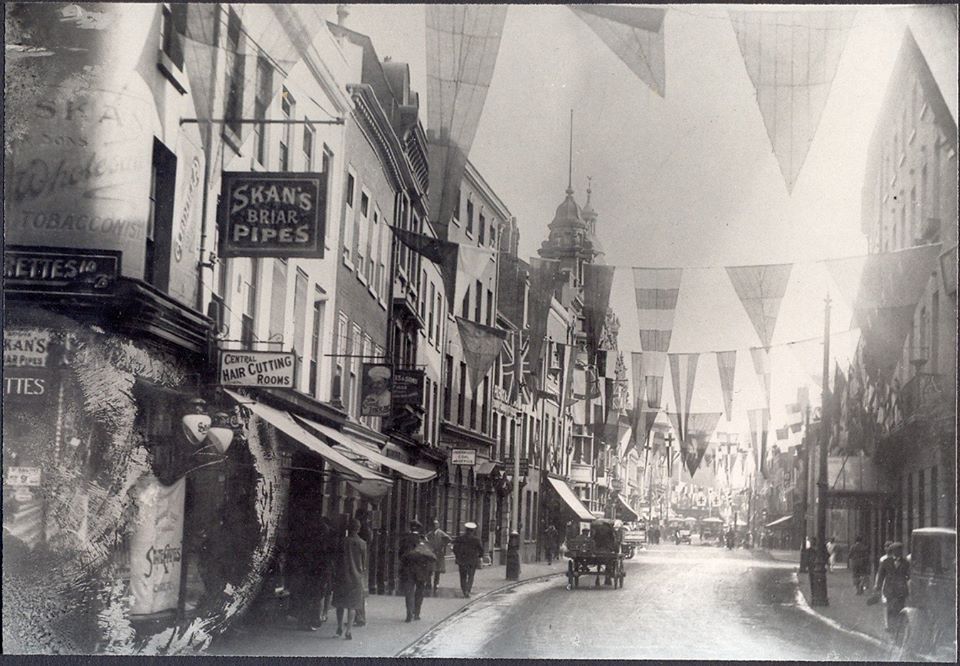 Newspapers mentioned it, but in the 18th century newspapers were more concerned with national news and adverts, so events like the Three Choirs Festival may not be reported as much as you would expect. 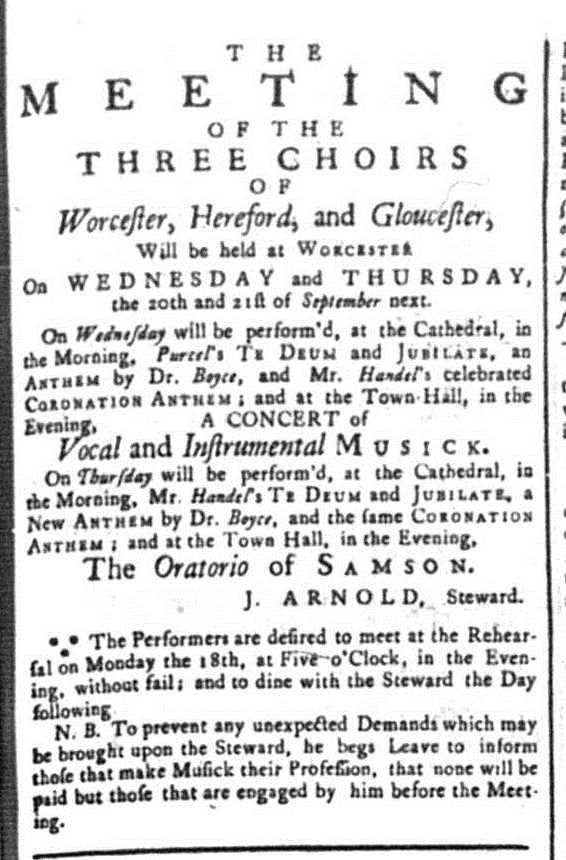 We also have books about the Festival, and Sir Edward Elgar, within our Local Studies Library. 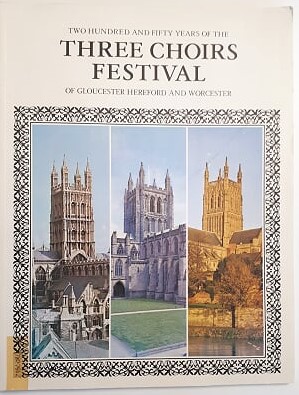 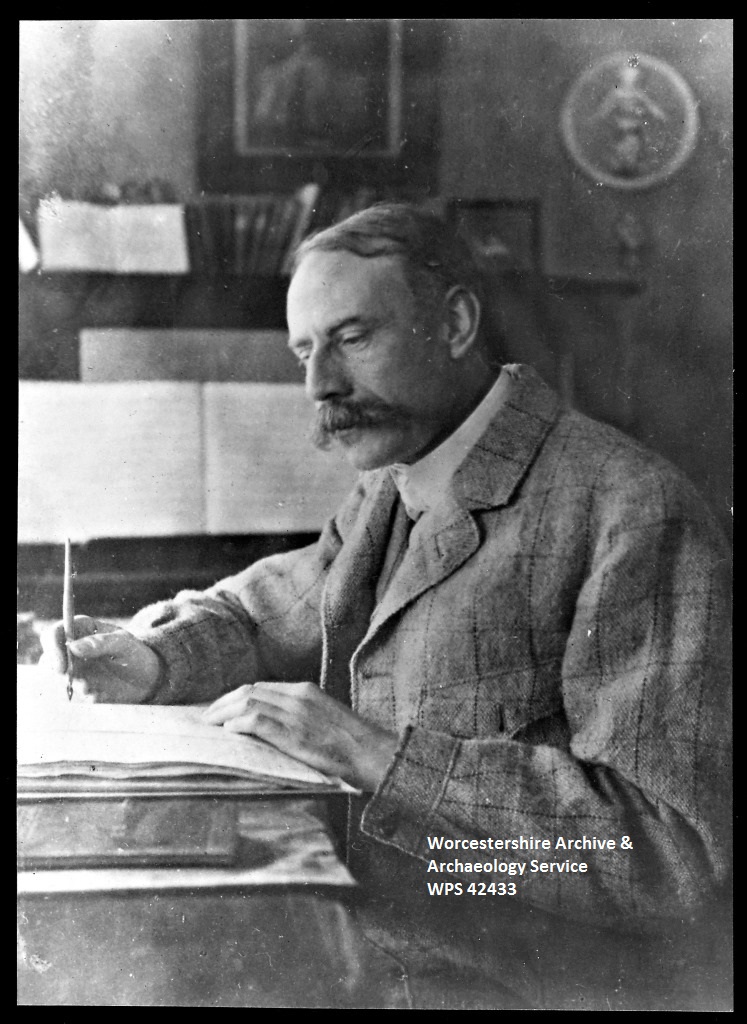 Sir Edward Elgar is strongly associated with the event, seen as the Grand Old Man of the festival in his later years. As a boy he would listen to his father and uncle rehearsing with the festival orchestra.

By 1878 he was taking part himself, playing the violin in the orchestra. In 1890 the first of his works was performed at the festival, the overture Froissart. His pieces were performed at many subsequent Festivals, and regularly conducted. Just five months before he died Elgar conducted Gerontius, The Kingdom, and the viola version of his cello concerto at the 1933 Three Choirs Festival.

His relationship though wasn’t always positive. Sometimes he felt like an outside as a Roman Catholic in a festival based in Anglican cathedrals. He sometimes wasn’t keen on music chosen, thinking it was too conservative, and he sometimes went to other places to premiere his works because they paid him more. In later years though he was seen as the senior figure, and local hero. His music has remained popular with the Three Choirs Festival repertoire. 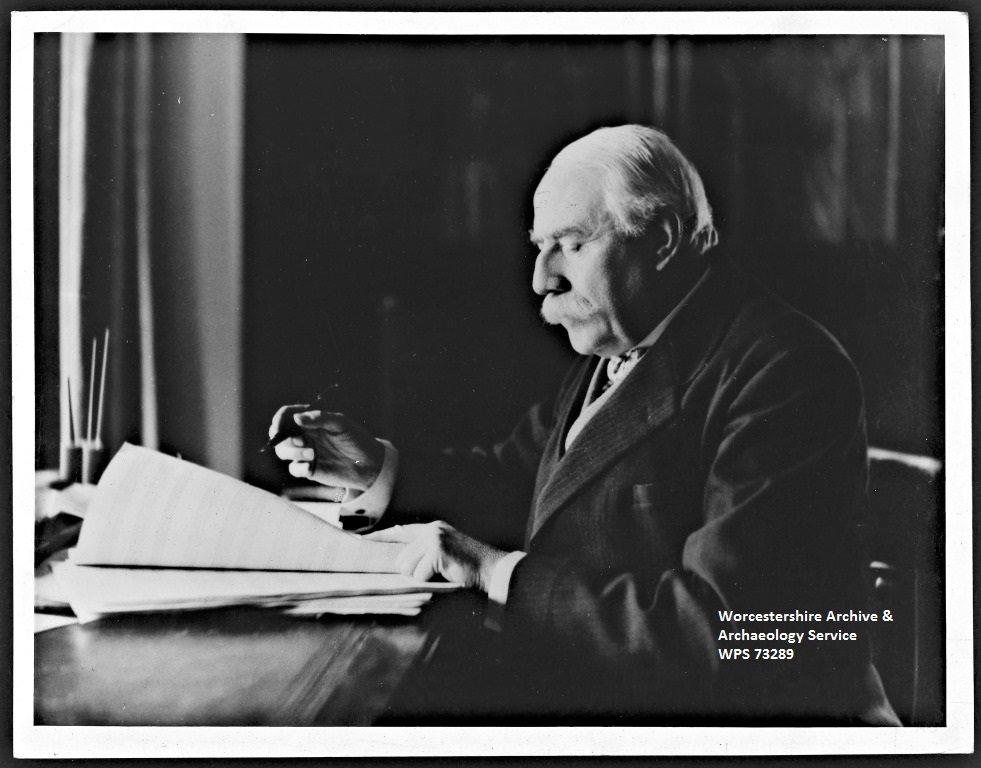 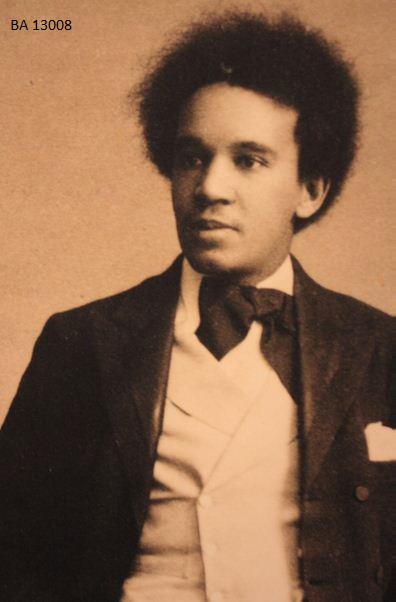 Another composer we’ve featured in our blog in the past is Samuel Coleridge-Taylor (1875-1912), who wrote and conducted pieces in The Three Choirs Festival several times on the recommendation of Sir Edward Elgar. His Orchestral Ballade in A Minor in 1898 was very well received. Elgar wrote that he was, ‘Far away the cleverest fellow amongst the young men‘. Coleridge-Taylor returned to conduct his own composition, Solemn prelude, especially written for the Festival, in Worcester Cathedral in 1899, and he performed again in 1900 and 1903. It was performed again in 2021. 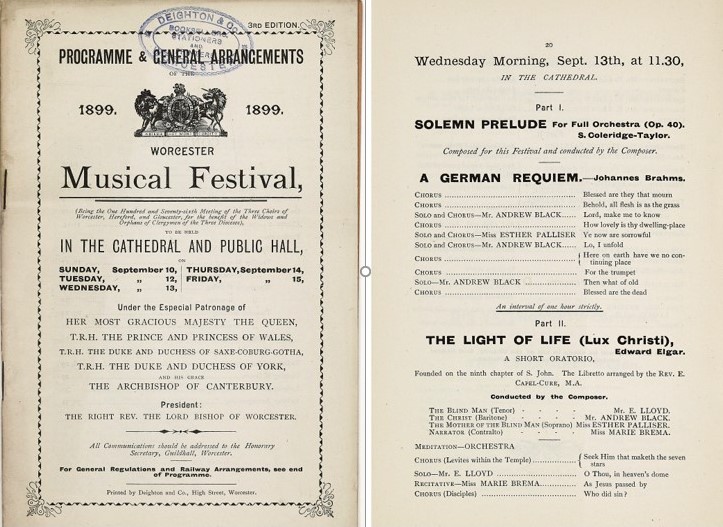 Coleridge-Taylor was born in Holborn, the son of a Sierra Leone Doctor and an English mother. His music mixed black traditional music with concert music. He suffered from racial prejudice both in Great Britain and when he visited America, and he was a supporter of the Black people around the world. He ran workshops for Black musicians and composers, and was seen as a role model for them. Whilst in America, he was invited to the White House by President Theodore Roosevelt.

The Three Choirs Festival website has more about the history of the Festival, or you can come into the Hive and look through the books in the Local Studies Library to find out more. 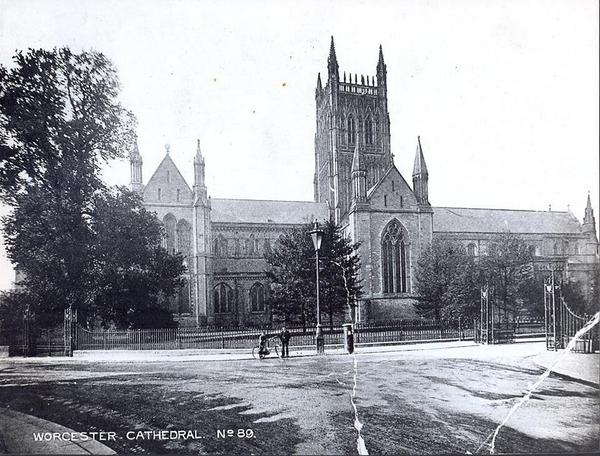 One response to “Three Choirs Festival in our Collections”