We are pleased to announce electoral register indexes covering 1837-1974 are live on Ancestry at Worcestershire Electoral Registers, 1837-1974 | Ancestry®  They have been created using text recognition software, rather than being transcribed.

These registers can help place your ancestors in a particular location and possibly also reveal some details about property they owned.

Ancestry is free to access in The Hive and in Worcestershire Libraries, due to our partnership with them on Electoral Registers and Bishops Transcripts.

Historical Background
Electoral registers list individuals who were eligible to vote during the time the register was in force (usually one year). Registration for voters in England has been required since 1832, and registers were typically published annually.

Restrictive property requirements denied the vote to much of the population for years, though these were eased somewhat in 1867 and 1884 through the Second and Third Reform Acts. There were also requirements when it came to local elections that varied from borough to borough (e.g. residency), and voters had to petition to be added to the electoral registers. 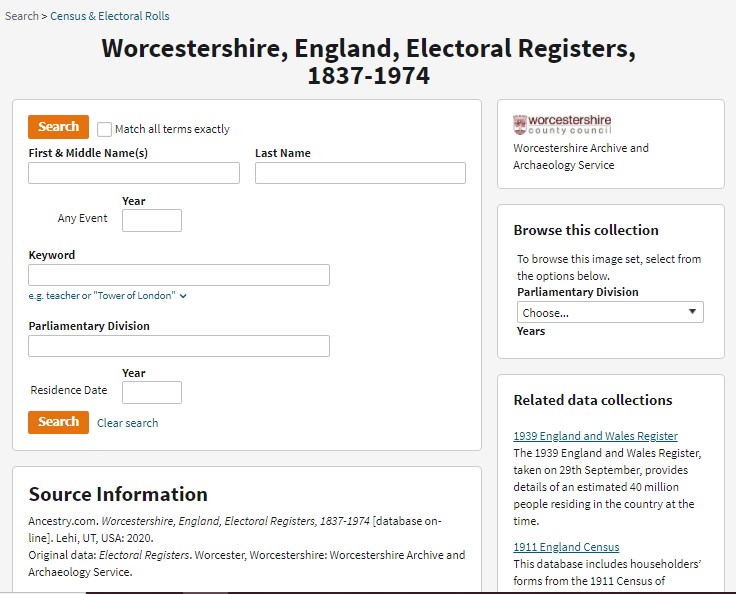 Property restrictions were finally removed for men in 1918, when most males age 21 and older were allowed to vote. The franchise was extended to some women over age 30 in 1918, but it was not until 1928 that the voting age was made 21 for both men and women. Thus, the number of names listed in the registers increases with the expansion of suffrage in England and Wales.

We have also updated Absent Voters lists thanks to our hardworking volunteers! You can find them on our Explore The Past website here: 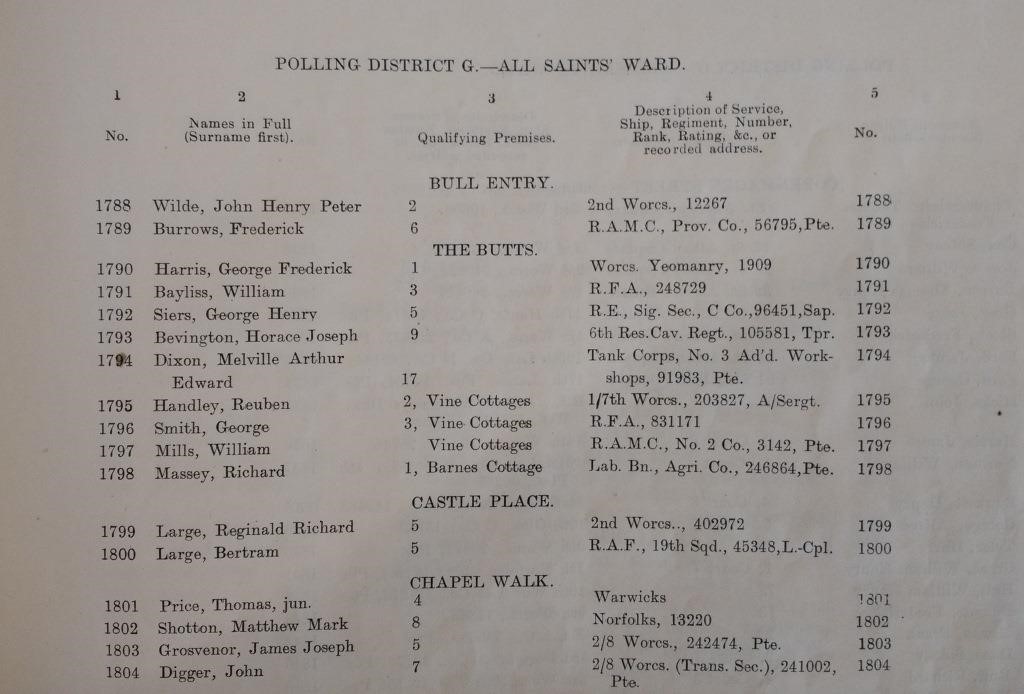 Absent Voters Register for The Butts

They continue to be transcribed by our volunteers who support us in many ways. We are very grateful to our volunteers, thank you so much!