Long-straw wheat and flax on the Worcestershire Young Archaeologists’ allotment

Harvesting is in full swing on the Worcestershire Young Archaeologists Club (WYAC) allotment. Two of our historic crops (long-straw wheat and flax) are looking good, and on the last weekend in July we started to harvest our wheat. 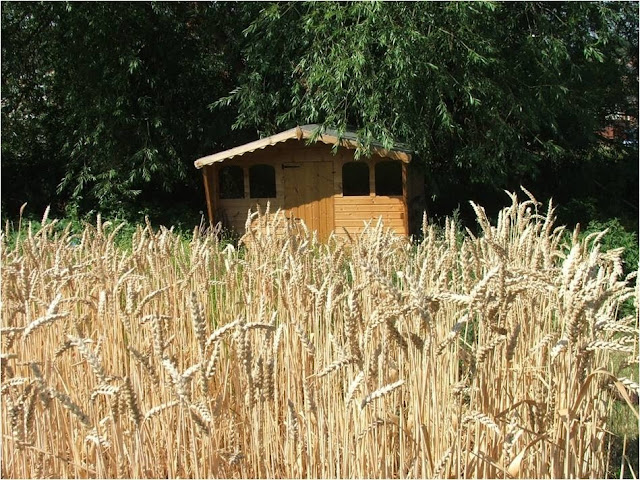 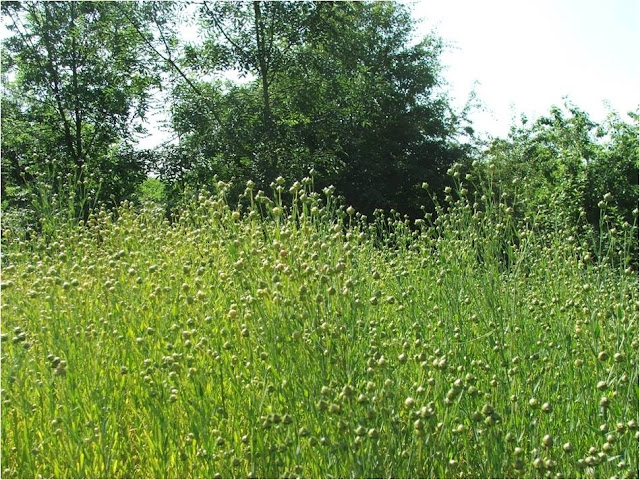 The wheat is called Maris Widgeon which is an heritage variety of wheat, grown only on a small scale in the UK today mainly for thatching and also used for straw crafts such as corn dolly making and straw plaiting. It is probably one of the closest varieties to the type of wheat grown in the British Isles from Saxon times onwards, for centuries until short-strawed varieties became the norm about 50 or 60 years ago. Traditionally straw had many uses, from use as animal feed and animal bedding to thatching, so long straw was valued and nothing from the crop was wasted. Straw has been going out of fashion, so to speak, because of our modern farming methods and modern lifestyles, but not on the WYAC allotment! 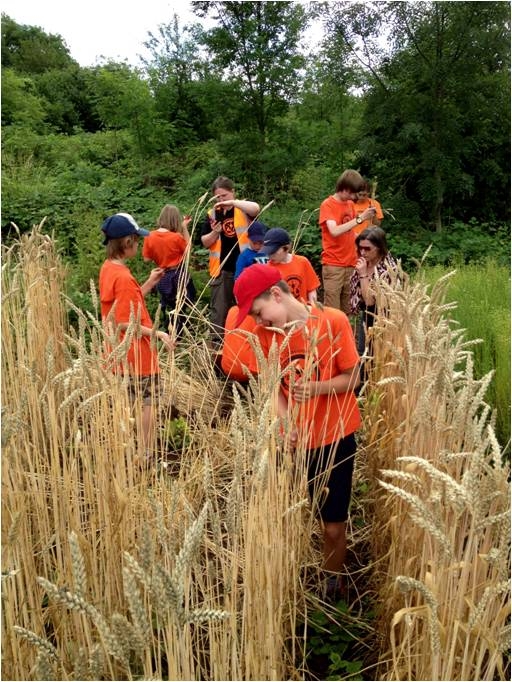 We are growing the wheat so that Young Archaeologist members can learn about the qualities of a traditional wheat that played a central part in farmers lives for so long: how to harvest it, process it, and use the product. Young Archaeologist members have been harvesting the wheat both by scything and uprooting; some showing a natural talent for scything, so perhaps we have some natural-born farmers in our midst.

We then used some of the straw to practice the ancient custom of corn dolly making – making a simple Lammas favour.  We didn’t quite have the time to indulge in straw plaiting, which is another traditional use of straw that in some parts of the country was, at one time, a major cottage industry. Straw plaiters (mainly women and children) were crucial suppliers to the straw hat makers in London. 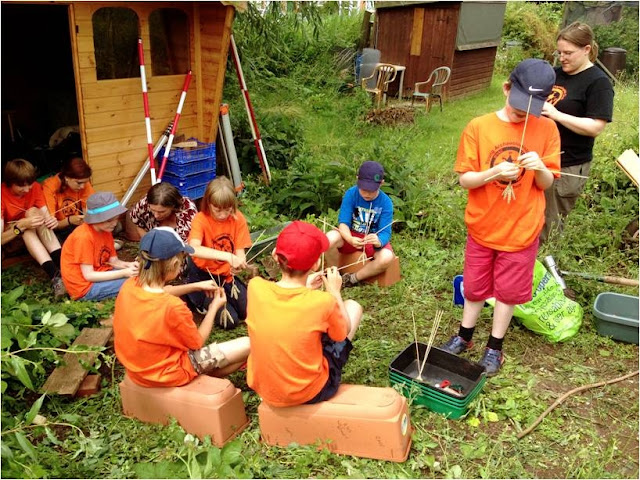 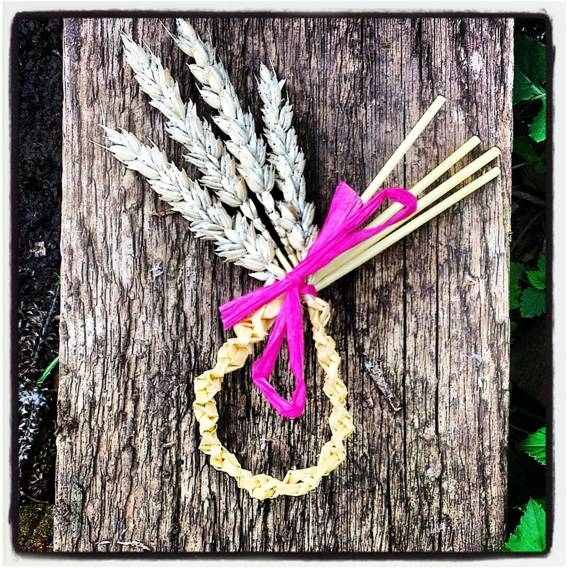 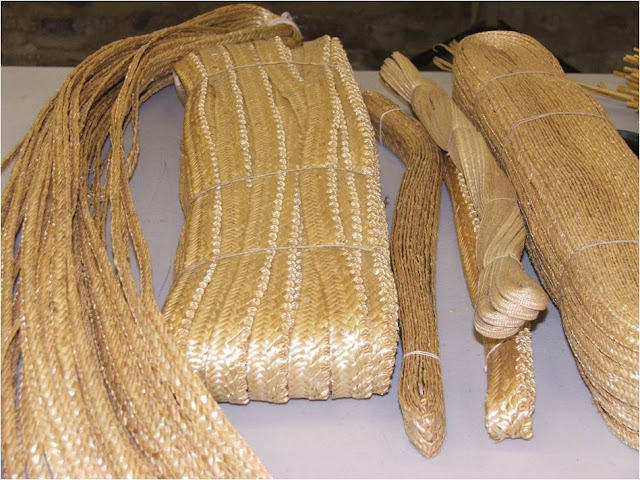 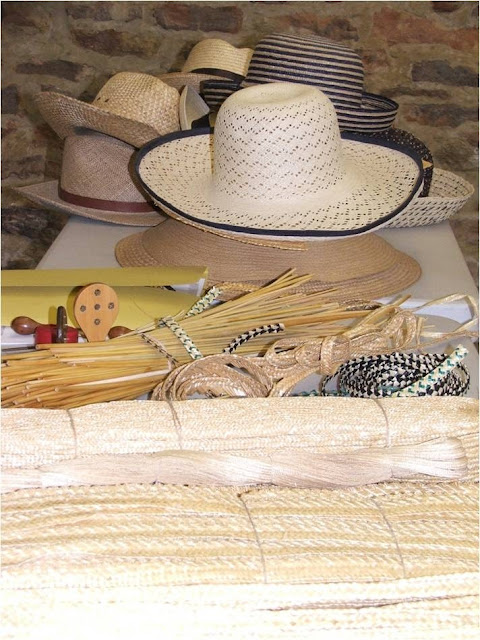 Straw hats made from straw plait

We then abandoned the straw and instead winnowed some broken up wheat ears from last year’s crop, then ground some of the grain in our replica rotary quern to make a fine example of some wholemeal flour. 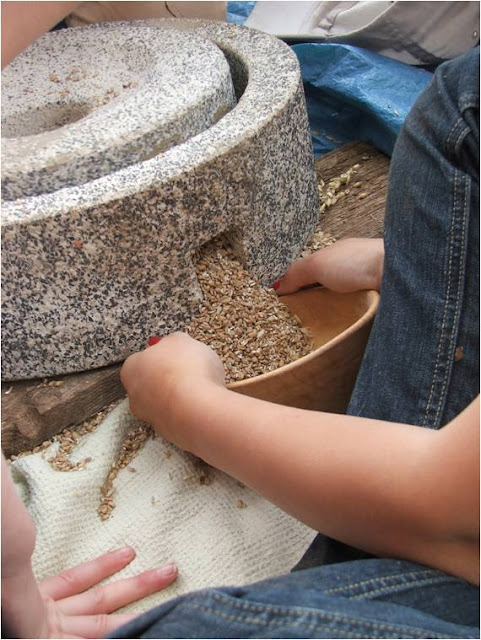 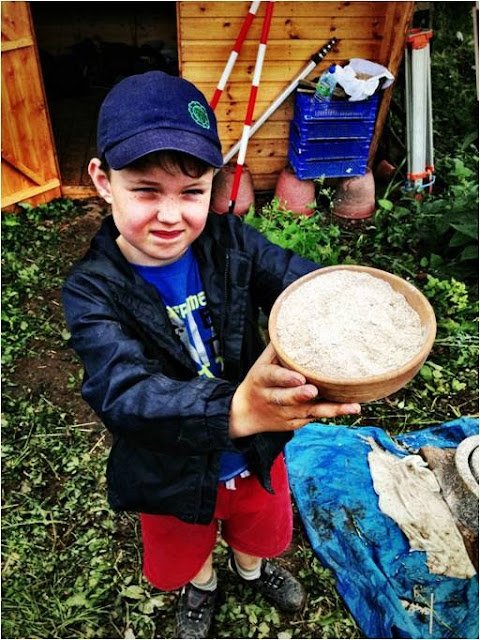 In September we will be sowing another long-straw wheat crop for next year, and there will be an opportunity to find out how we know what crops people were growing in the past, from the archaeological evidence. We will be looking at some burnt Roman grain and crop processing waste from a different type of wheat.

Our flax, that we are growing for the fibres which are used to make linen, is still ripening, but soon we will be processing that too. In order to produce these fine fibres we will have to try rippling, retting,  breaking, scutching  and heckling: more skills to learn in the near future.

For a further account of the day which includes information on digging a test pit and the finds recovered, see Sheena Payne-Lunn’s contribution to My Day of Archaeology for the Festival of Archaeology 2013.