Wandering around the Worcestershire countryside for any length of time is likely to take you past small wetlands of varying descriptions – fishponds, moats, mill leats, osiers, marsh and reed beds and other boggy areas which were once river or stream channels. In a recent post we introduced a project which maps and assesses small wetlands in Worcestershire which are essentially our wetland heritage. They are places where wooden structures, organic artefacts and ancient plant debris can all survive in the wet conditions, from which we can find out about past activities and landscape. The number may be surprising to some. A total of 4911 sites have been mapped through our recent English Heritage funded project and through previous projects, and that only covers areas most at risk from development, and an area covered by the Grow With Wyre project.

Pollen grains from peaty deposits within these small wetland features can be used to reconstruct longterm changes in the environment. Changes in woodland and grassland over thousands of years can be shown in a pollen diagram (see below). Other plant debris such as seeds and pods can also show what plants were growing on the spot. 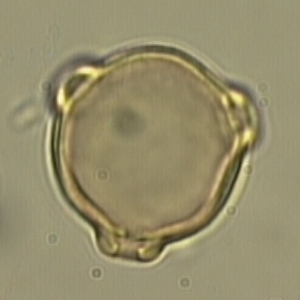 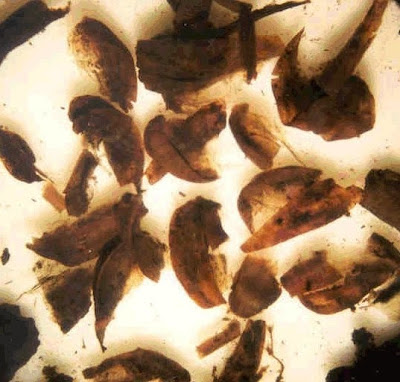 Only a small proportion of our mapped sites had been previously recorded on the Historic Environment Record or HER (around 16% of the sites mapped through this project). We mapped many natural features such as marshes, and other areas where marshy deposits tend to form, such as in old silted up river channels (palaeochannels) and pronounced meander loops. These are potential sinks of information on our heritage and past landscape but they rarely appear on the HER because they have no obvious cultural element. Marshes and ponds (of no known specific use) were particularly unlikely to have been included, and so the level to which we have been able to enhance this record is considerable. Most of the fishponds and moats have been on the HER for some time, and as we expected, other small wetlands included were those which have a cultural association such as mill ponds or leats and occasionally osiers (willow plantations). All these can be viewed on the HER which is open for public consultation on the 2nd floor of The Hive. 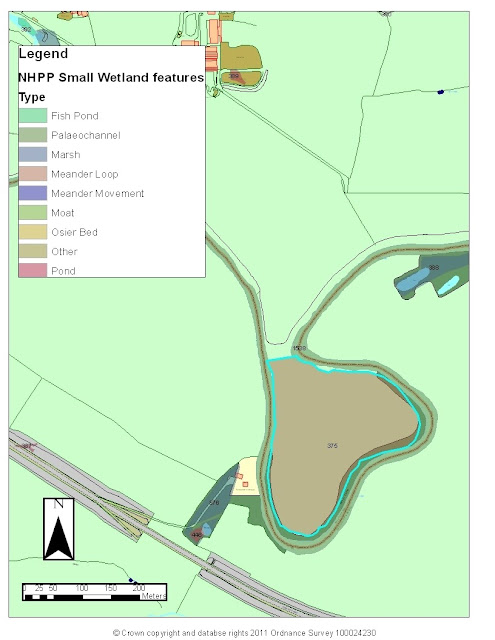 Patterns in the data:

Using the digital mapping it is possible to, effectively, sweep around the county looking for patterns in the data. We can see clusters of small wetland sites, for example around Wolverley and Cookley, Wilden on the River Severn near Stourport and through the Arrow Valley Country Park running through the centre of Redditch and Beoley in north-east Worcestershire. Types of wetland sites can also be more prominent than we thought. As mentioned in our previous post osier beds (willow plantations), for example, are particularly common along the River Severn, and have been included as they are frequently marshy, and although a small number are known to be of 19th century date, some could be much older. In the case of the more recently planted osiers, they are likely to have been planted on unprofitable and potentially marshy or floodable land, so upon sampling may reveal older peaty or waterlain deposits. They were generally used for producing willow hurdles and basketry, previously a much needed commodity for transporting goods. Some of these sites are particularly large (over 30,000 sq metres, and in one case over 40,000 sq metres) and it is worth considering their value.

How old are these sites?

Mapping these wetlands does not necessarily tell us how old the sites are so we cannot be certain yet of whether a particular site is of a similar age to any nearby known archaeological sites, monuments or landscapes. The method does, though, at least provide a starting point for research and help to make decisions about management of our wetland heritage.

Many of the sites could prove to be medieval to late post-medieval in date. It is harder to map older prehistoric sites as they often lie buried under river silts but, nevertheless, we do have some mapped examples which we know have been with us since the end of the last Ice Age. A bog at Hartlebury Common and a marsh at Ipsley Alders, Redditch both started to build up in Late Glacial times leaving us with a peaty record of landscape change over thousands of years. 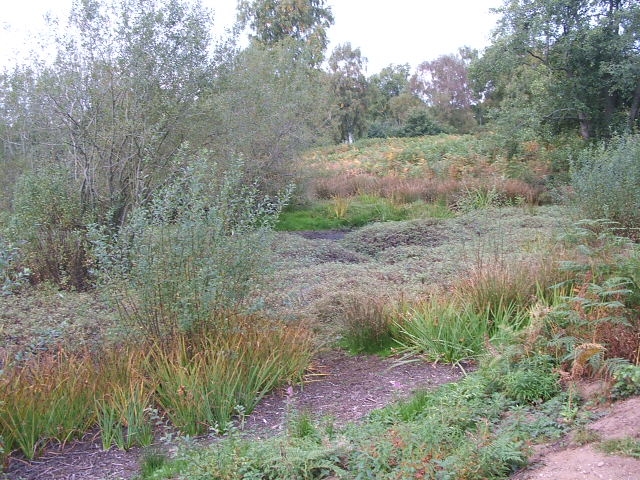 The largest meander loop that we have mapped is quite pronounced and is one that contains the whole of Evesham, assessed as being of high potential, principally because it is so large. Within that meander we have previously come across 18th century peaty deposits exposed during engineering works by Severn Trent at Abbot Chyryton’s Wall where we found shoe leather with plant and insect remains that hint at early market gardening activities.

The ground-truthing survey was carried out by a team of volunteers, some who previously were involved with the Grow With Wyre project, and members of South Worcestershire Archaeology Group (SWAG) and Redditch Local History Society (RLHS).

The photographs and recording forms which volunteers filled out were invaluable. Mentioned in an earlier post was the tendency for the office based team to over-estimate tree cover from aerial photographs as part of the site assessment. In a sense, it is like ‘not being able to see the wood for the trees’ because you are looking down at the tree canopy on an aerial photograph, but a photograph taken on a site visit makes the scene clearer 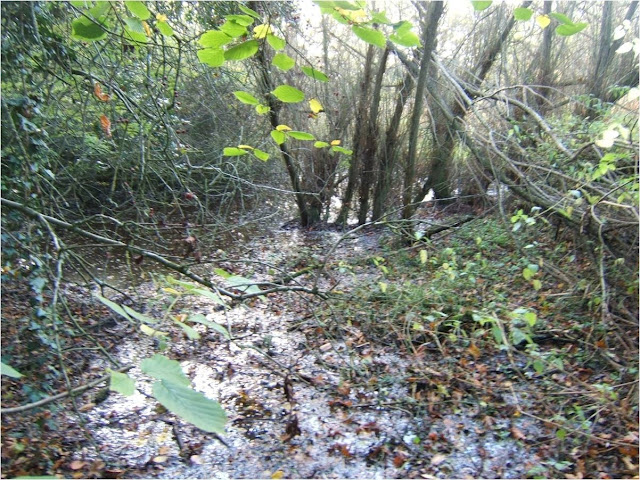 From these photographs we can see that an adjustment we have made to assessing tree cover and accessibility of a site has improved our overall site assessment.

Photographs of general ground conditions, showing for example, steep slopes, overgrown vegetation, dried out marshland, can all be helpful, and even a chat with a passer by might point to a friendly landowner who would allow access to one of our mapped sites.

Volunteers often have local knowledge about modern ground disturbance which has affected wetland sites but may not be apparent from the mapping and aerial photographs, such as recent flood damage and minor flood defence work. Redditch is an area which has seen much disturbance during the development of the new town in the 1960s, much of which is known by members of the Redditch Local History Society. Before the new areas of Redditch were developed there were numerous ponds, all of which were mapped, the remnants of which may exist in pockets around Redditch. Sometimes potential areas of marshland are spotted by volunteers which were not obvious on our maps, such as this one in a small meander loop in Arrow Valley Country Park. 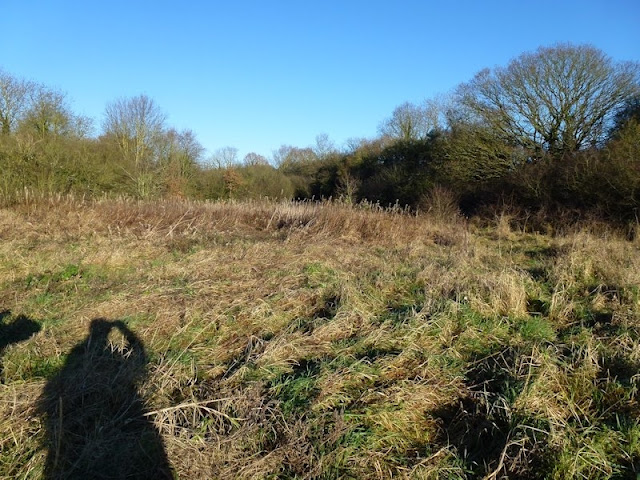 A green valley (Arrow Valley Country Park) threads through the town, within which there are thick buried peats. In the Washford area of Redditch a large timber in a buried peat deposit was revealed during modern development, and has since been dated to the Bronze Age. An afternoon’s walk along the valley will take you over buried marshland and old river channels, mostly invisible below the surface. It is an environment which is a store of information on past landscape of several thousand years.

To date we have covered areas of Worcestershire most likely to be affected by development, and in addition a large area of the Wyre Forest through the Grow With Wyre project. Our thanks go to the volunteers and to Tegan Cole who carried out the GIS mapping and assessment. In future we hope to be able to map and assess more of Worcestershire by working with volunteer groups. The project was led by Worcestershire Archaeology, and the project leader was Liz Pearson. For further details please contact lpearson@worcestershire.gov.uk.