Researching the English Civil War with Explore the Past

Around the 3rd September a number of events took place to mark the anniversary of the Battle of Worcester, which was the final battle of the English Civil Wars. This being a major part in the history of Worcester and the county, we have various sources here to help you find out more about this dramatic period in our history 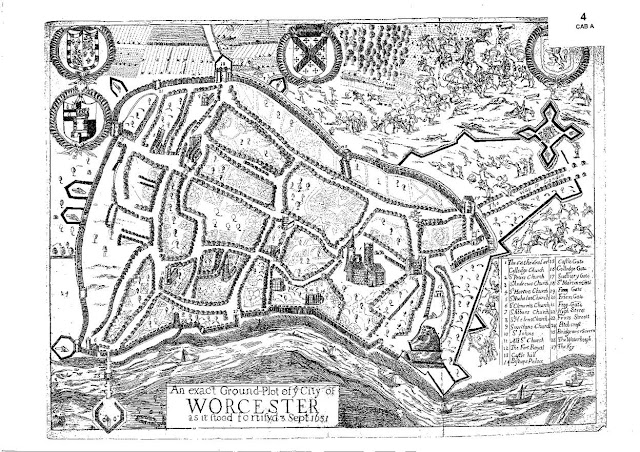 Within the 12 miles of archives are various documents relating the Civil War period. This includes the Worcester Chamber Order Book, where we can see plans for the defence of Worcester at the start of the war and muster rolls for the county. There are also letters which were sent from Worcester, including ones by Charles I, Charles II and Prince Rupert. A recurring theme is the struggle to find enough men to defend the city, and instructions for local gentry to try harder to recruit more men.

We also have a large number of books in our local studies library on the open shelves about the Civil war, including books about Worcestershire during the conflict. All these can be searched through the library catalogue. 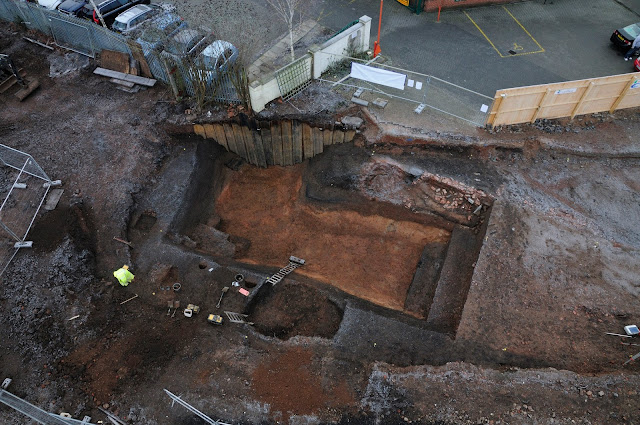 The site of the St Martin’s Gate dig

Our archaeologists have also unearthed evidence of the Civil Wars in the city and the county during various digs they have undertaken. One notable find was the defensive ditch around St Martin’s Gate in advance of the Asda development at Lowesmoor. The 1660 Vaughan map of the defences as existed at the time of the battle shows a v shaped ditch in front of the Gate, although we weren’t sure if they would really look like that. However when we dug we found the v shaped ditch just like the map said, and it was a pretty substantial feature as can be seen in the photo. It is all the more impressive as it would have been dug by conscripted local people, including women, and we have documents in the archives sent to local parishes demanding that they send people to help dig defences, and they even had to bring their own shovels!. 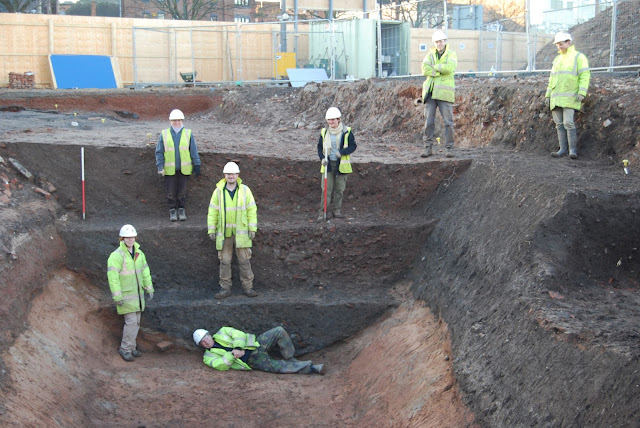 If you are interested in what Civil War archaeology is known about in Worcestershire you can check the Historic Environment Record database with one of our archaeologists. This has 30,000 records of sites, monuments and features and can be searched by period. For more information on how to do this email archaeology@worcestershire.gov.uk.

All this information has been used as part of school workshops to help children understand the impact of the conflict on the area. For instance we had three classes from Gorse Hill primary come to us last year, before taking them up Worcester Cathedral Tower to view the landscape after reading the documents and the maps. 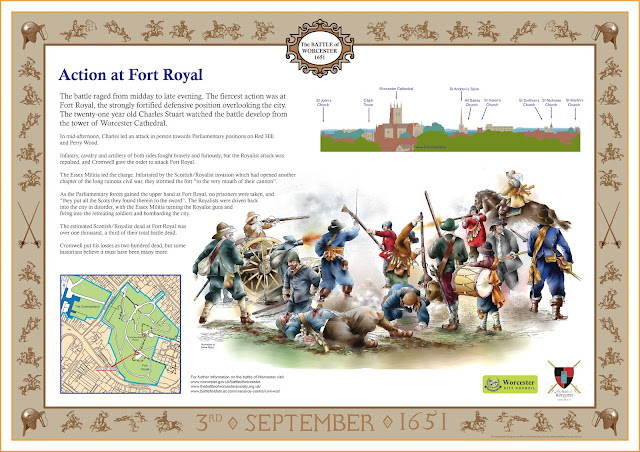 On the 3rd September this year interpretation panels were unveiled as part of the redevelopment of Fort Royal Park. Our illustrators worked on these for Worcester City Council to portray reconstructions of what Fort Royal would have looked like at key moments in the battle. 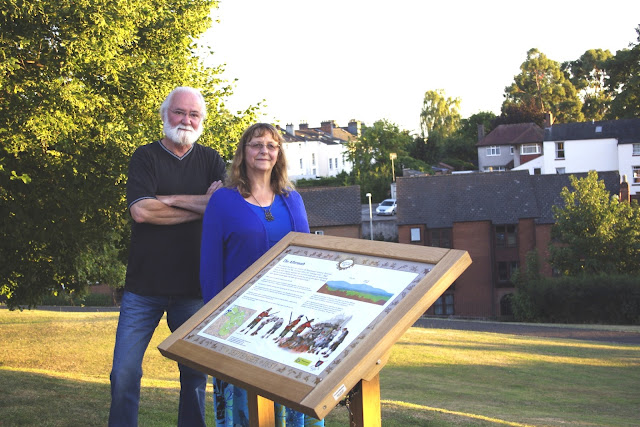 Steve Rigby and Carolyn Hunt, Illustrators with Worcestershire Archaeology, next to one of their panels

Although not part of our collections, here in The Hive is the Stuart Collection, a collection of over 1,000 books and pamphlets about the Stuarts and the Civil Wars collected by bookseller John Grainger and bequeathed to the City Library in 1900. These include books dating back to the 1640s and early editions of some the key texts on the Civil war, such as Clarendon’s History. They used to be held in Worcester City Library but they are now more accessible as they are now listed on the library catalogue and are being conserved by our Conservator. They are housed on level 4 and if you would like to view any of them please speak to a member of library staff. 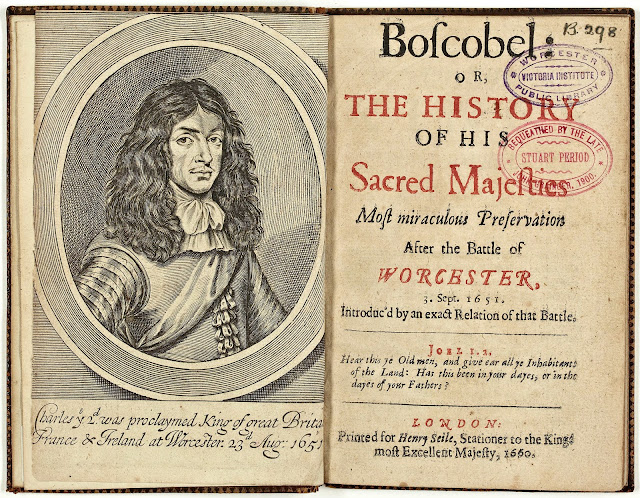 A page from a book held as part of the Stuart Collection at The Hive?