Treasures from Worcestershire’s Past: ~8~ Letters from a Malvern Family

New deposits of archives come in to us in all shapes and sizes, this particular one arrived in a rusty hat tin. It had been found by a mechanic in a Malvern garage and passed on to us via a local historian. Initially the box appeared to contain about 200 letters and photos dating from the First World War, however when we started to sort the box it became apparent that it spanned a slightly wider period of history and using other resources we have been able to piece together the story of one Malvern family over a 25 year period.

The letters fall into two distinct periods of time, 1892/83 and the majority from 1914-1917. The early letters chart the growing relationship of ‘Louie’, who is in service in Hallow and ‘Tom’ who lives and works in Worcester, while the later letters were sent home by soldiers serving during the First World War. 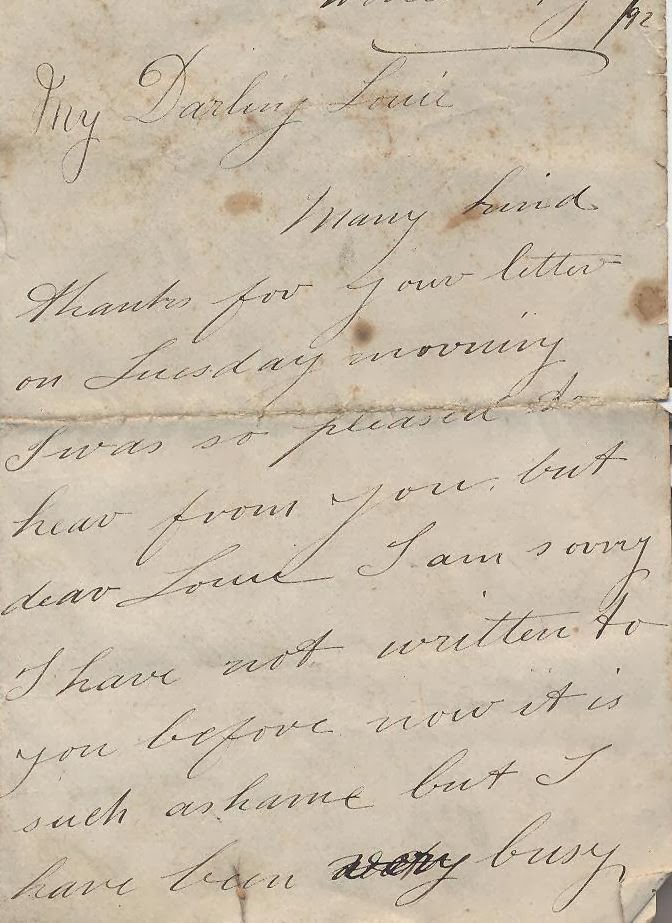 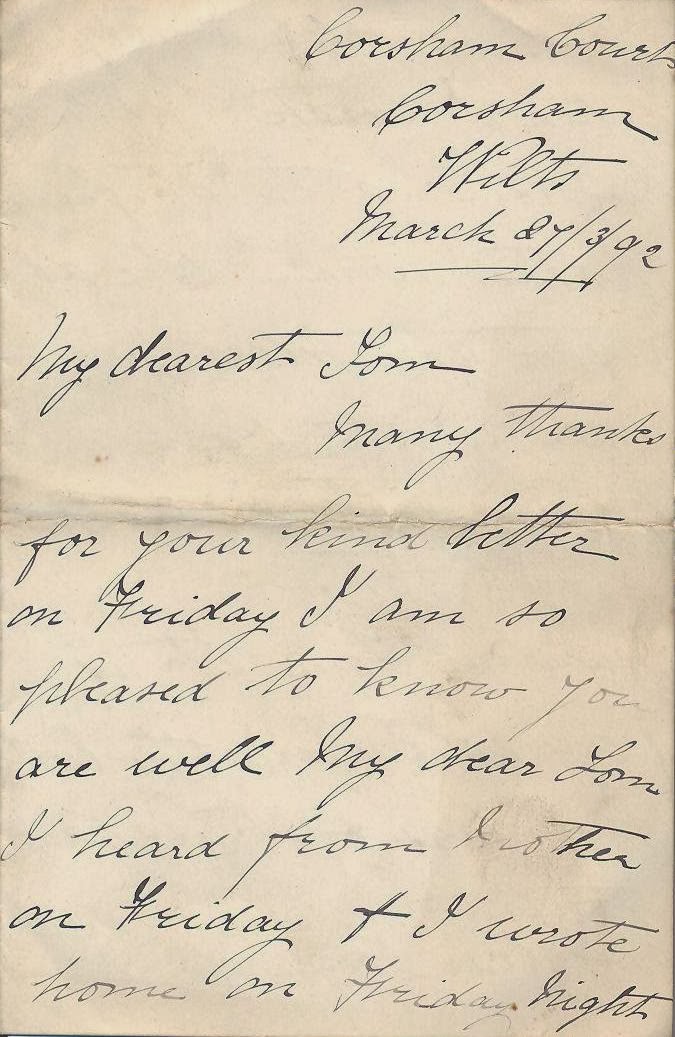 Using various sources we found the marriage of Tom and Louisa in 1893, a census record showing the family living in Malvern in 1911 and details of the family grocery and cab hire business. At the outbreak of war three of their sons joined the Worcestershire Yeomanry and while on active service wrote home from camps in Britain as well as Egypt. These letters mainly contain notes of thanks for gifts sent by the family, brief descriptions of day to day life and questions about the family and acquaintances back at home. 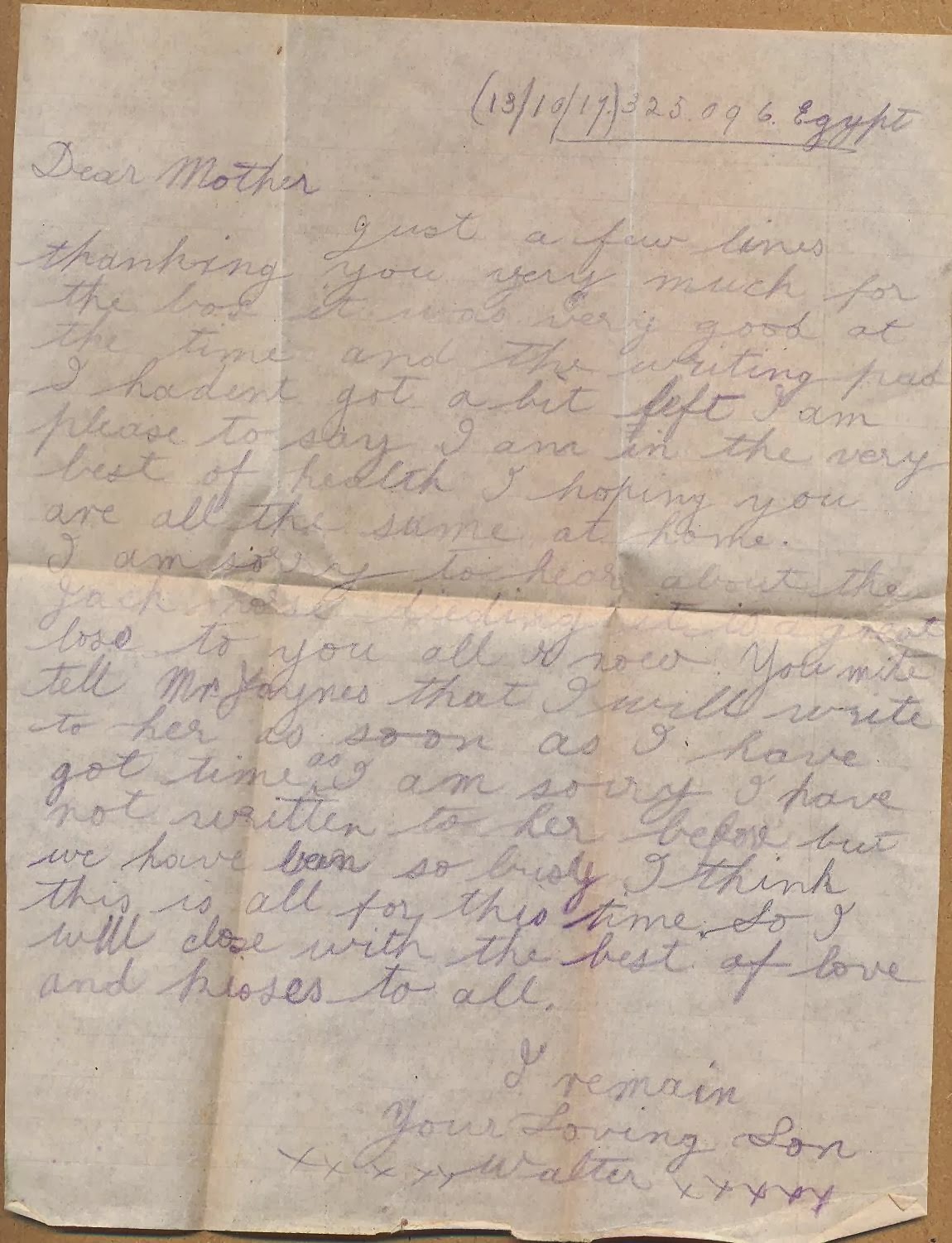 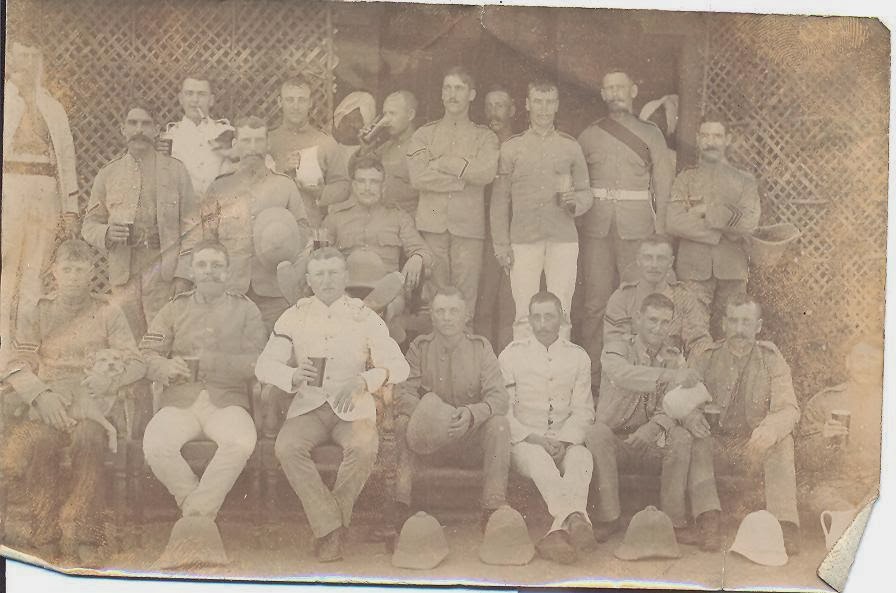 These letters are just some of the World War One archives currently being researched by our team of volunteers.