Treasures from Worcestershire’s Past: ~9~ A Roman oven or smoker

This week’s Treasure is a Roman oven or smoker, chosen by Jane Evans, Senior Finds Archaeologist

My ‘treasure’ is a group of finds. They are not shiny or precious but capture what makes archaeology interesting for me. Over the years, excavations of Roman sites have uncovered distinctive fragments of fired clay that we have struggled to interpret. We knew they were made by potters working in the Malvern area as the clay was ‘tempered’ with fragments of Malvernian rock, but we didn’t know how to reconstruct the fragments, or what they were used for. Excavations at The Hive produced a large assemblage of this material, with some fragments in-situ in an oven. Using all the evidence it was possible to suggest what the original structure looked like. It had a chimney or vent at the top, an opening at the front, and about a third of the way up, short internal ledges with perforations below, perhaps for supporting a grill. We originally thought these must be pre-formed ovens, but they may have been used for smoking meat or fish. There is still a puzzle to be solved! 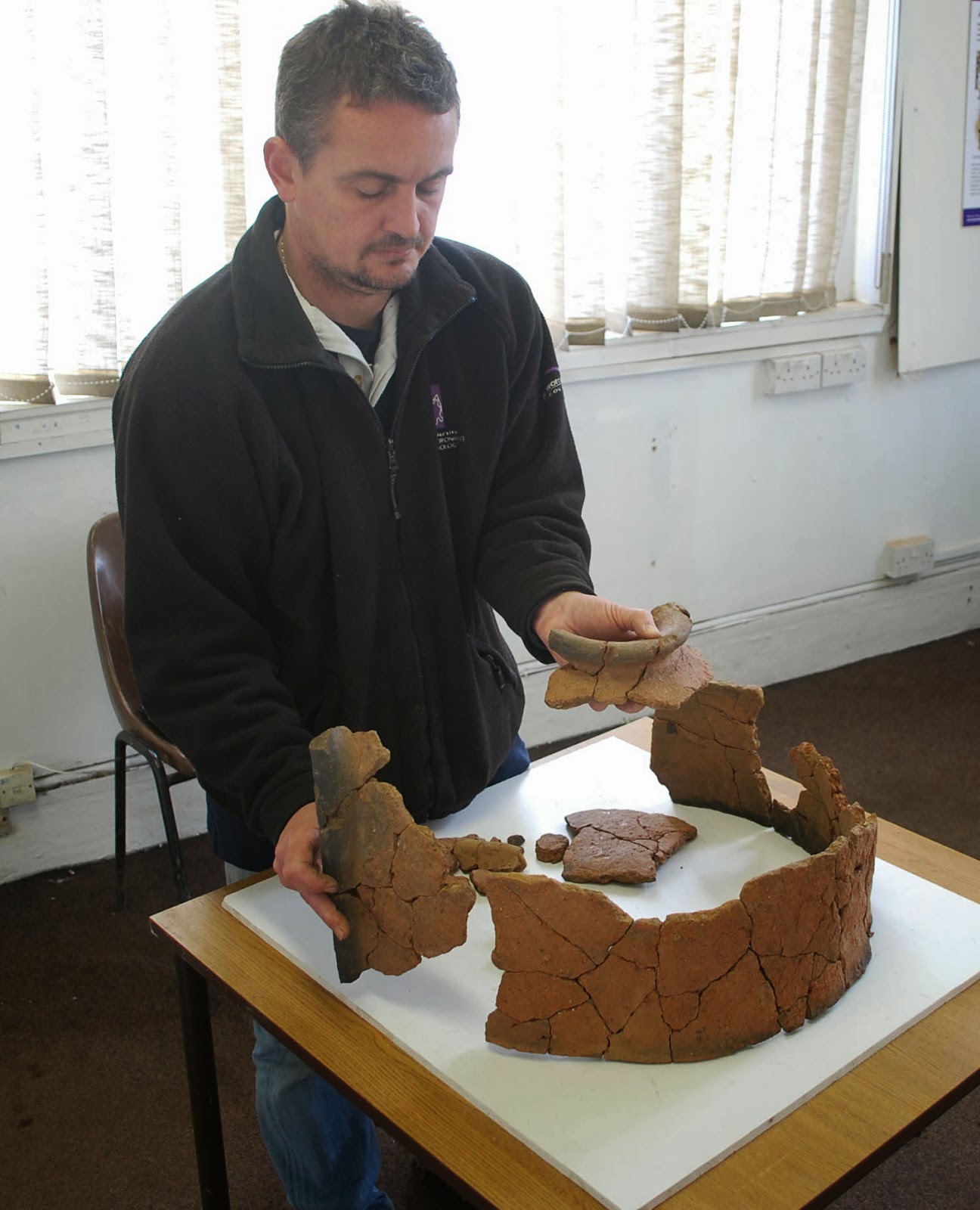 Angus Crawford on site with some of the ‘oven’ fragments 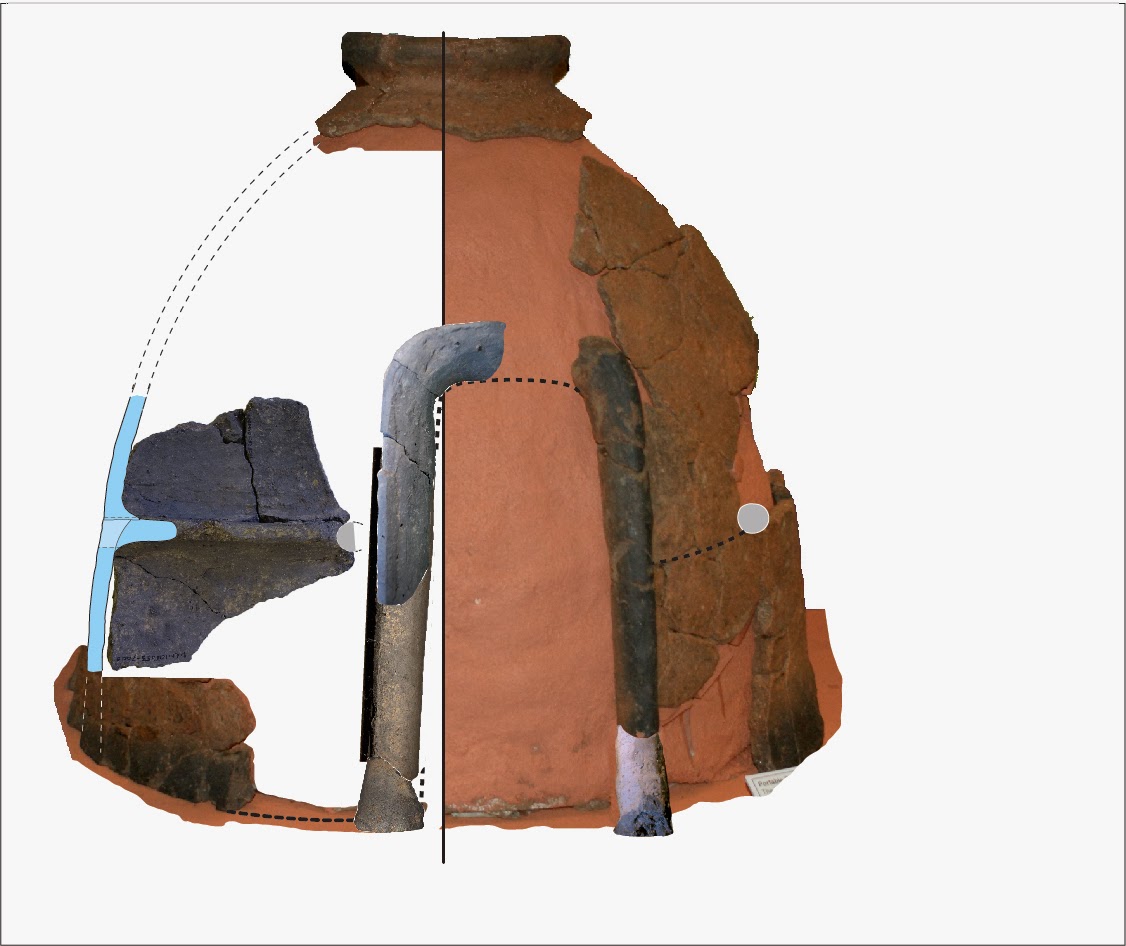 A reconstruction of an oven/smoker

Found with these were fragments of large ceramic plates, which may have been used for baking bread. These had a smoothed upper surface and a rough, sanded base, suggesting they had been laid out on the ground to dry before firing. My favorite piece had a fingerprint and a fabric impression, identified as a tabby weave using wool or linen. When I saw that, just for a moment I knew my path had crossed with someone who lived about 1,700 years ago. Someone who couldn’t have imagined my life now (and whose world I am continually struggling to understand). And for me, that’s what archaeology is about. 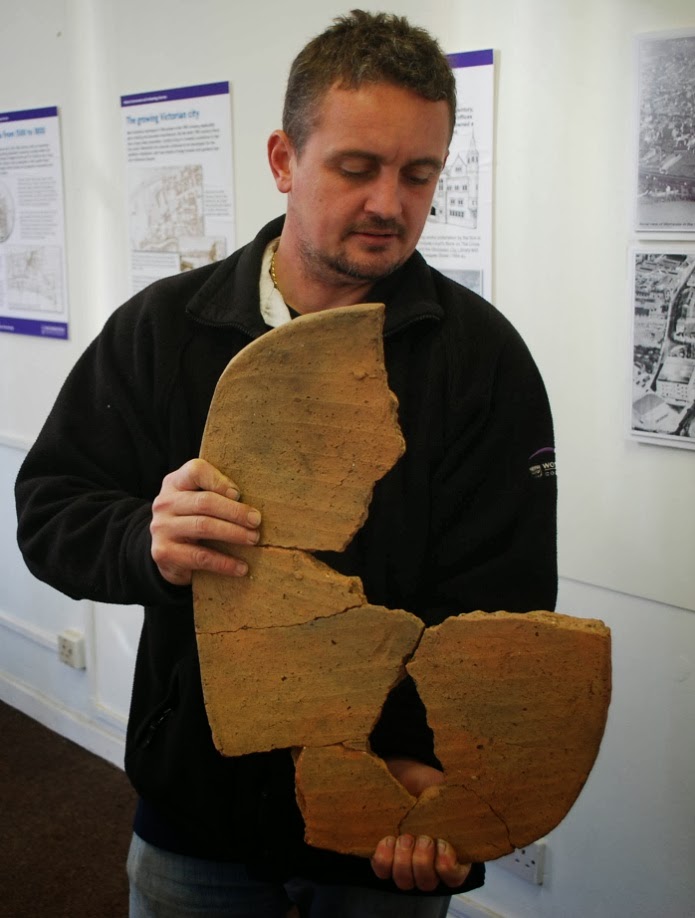 Angus Crawford on site with one of the oven plates