Treasures from Worcestershire’s Past: ~23~ The Archaeology of Redditch New Town

For this week’s Treasure Emma Hancox, Historic Environment Policy and Advisory Manager, has chosen to highlight how the Historic Environment Record demonstrates the archaeology evident across Redditch New Town. Whilst Redditch is not often considered to be rich in archaeological sites, Emma shows how our records prove that the town was designed with the history of the area very much in mind:

April 2014 is the 50th Anniversary of the Designation of Redditch New Town, so it seemed an appropriate time to share my fascination with the place and the way in which it has incorporated the past landscape into the present.

When I started working for the council in 2005 one of my first tasks was to tidy up our Historic Environment Record (HER) database.  The HER was created back in the late 1960s as a record of all the important archaeological sites in the county.  Its purpose was to inform planning and decision making with respect to the historic environment.  It included Scheduled Ancient Monuments and other notable unscheduled earthworks, such as moats and mill sites.  Originally it was paper records and maps, with about 2000 sites, but the HER is now a sophisticated Geographical Information System (GIS) linked to a SQL database and containing around 30,000 records of historic buildings, sites, monuments, landscapes and environmentally important deposits in Worcestershire.  The record includes diverse sites from WWII air raid shelters to prehistoric flint scatters. 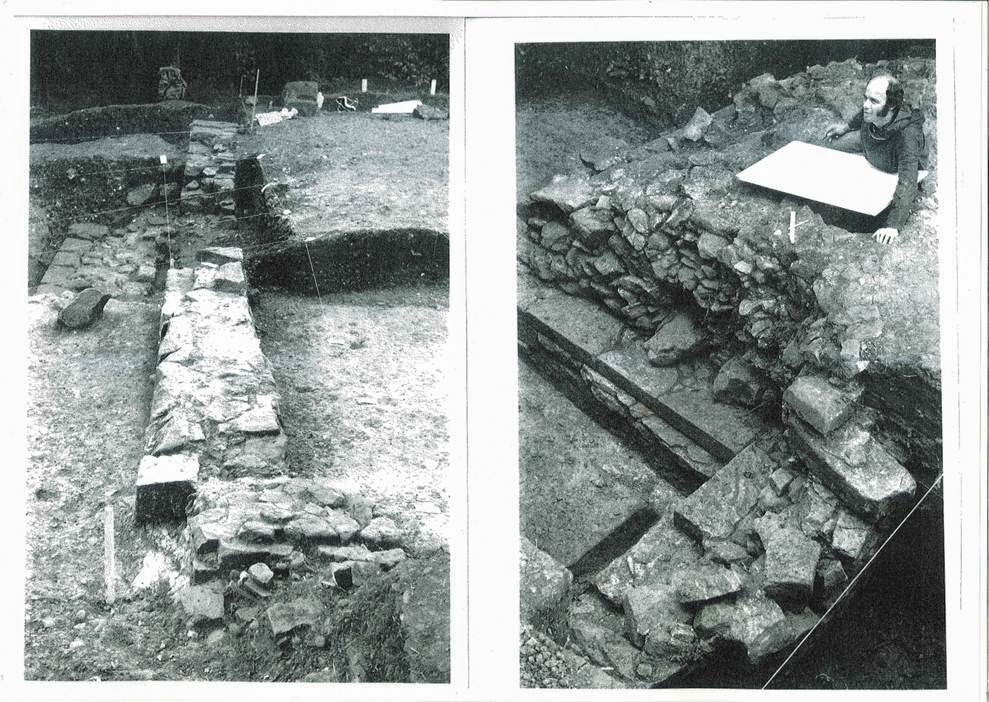 Image: Moon’s Moat being excavated in 1968. This is the remains of a small moated farmstead that existed from around 1300. The buildings have now gone, but the moat, with its square platform survives.

While many new records had been added over the years since 1969, no one had ever gone back and systematically checked earlier records.  Now that we have digital historic maps, geological data, character studies, Lidar (see our previous Treasures from Worcestershire’s Past post for more information on the use of LiDAR), thematic surveys, theses and many other easily accessible sources, earlier records can be validated and enhanced.  This was my first task in 2005.

I started in Redditch as this was the smallest district and contained the least records.  It was a generally held belief that not much survives within the town archaeologically, due to the creation of the New Town.  I was delighted to discover that this isn’t true.  Archaeological features survive in abundance in the open spaces around Redditch and are easy to spot if you know what you are looking for.  What is even more fascinating to discover, is that often the open spaces in Redditch are where they are, because of the archaeology. 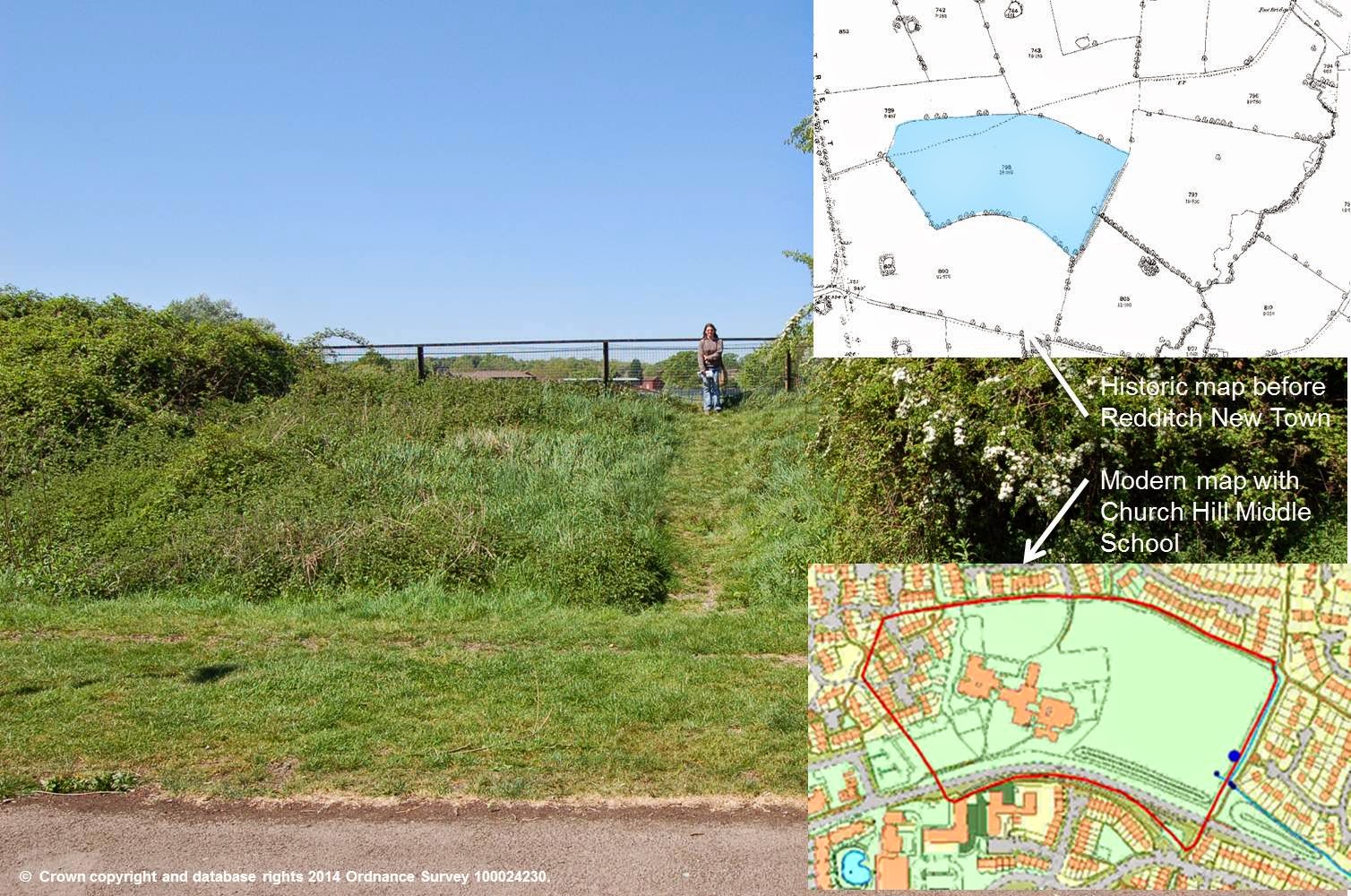 Image: Church Hill Middle School. Notice that the school is the same shape as the medieval fishpond shown on the historic map. This was done to preserve the 3 metre high dam of the pond, which is at least 700 years old.

Between 1968 and 1970 the area designated for the New Town was surveyed by a team of professional and amateur archaeologists, historians, ecologists and landscape specialists.  Earthworks were surveyed, important sites were excavated and the town was planned around the existing historic landscape.  Professor Mick Aston of Time Team fame carried out much of the survey work along with an army of local volunteers. 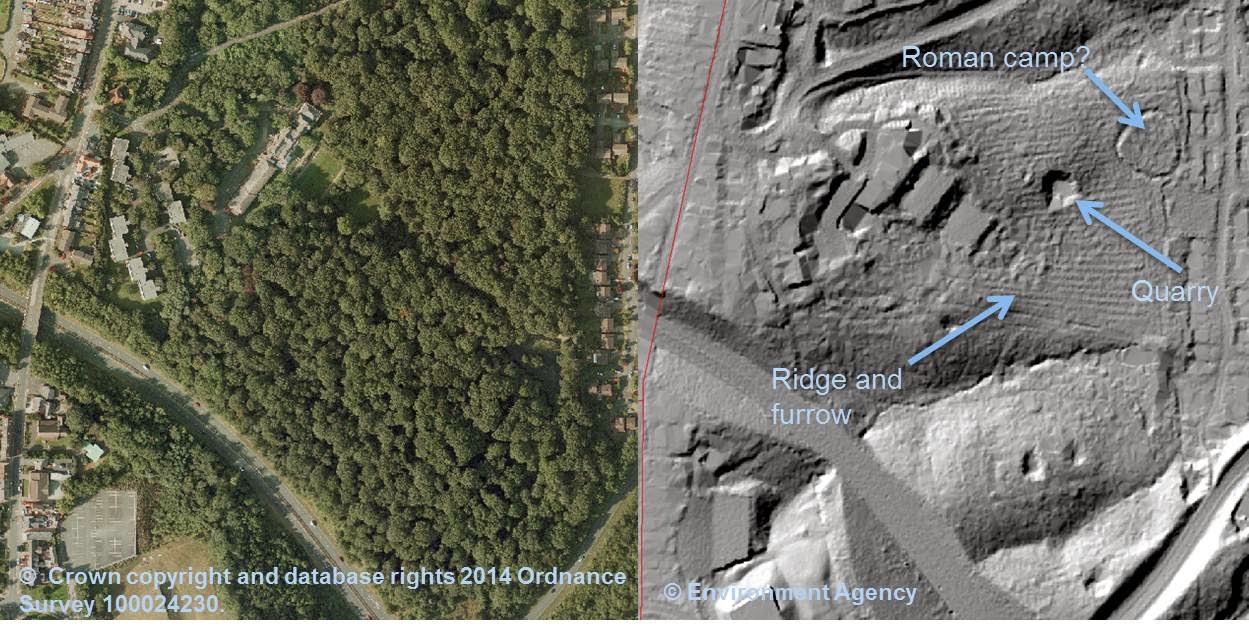 Image: LiDAR image of Southcrest Wood.  The scheduled monument can be seen as a large circular ditched enclosure along with marl pits, a quarry and ancient ridge and furrow.  This demonstrates that the woodland was once farmland.

More information on the archaeology within Redditch and elsewhere in the county can be obtained from the Historic Environment Record.