Treasures from Worcestershire’s Past: ~35~ Quarter Sessions & The Acorn Thieves

This week our Learning and Outreach Manager, Paul Hudson, has chosen one of our more popular archive sources – the Quarter Sessions records – as his treasure. Here he tells us more about a particular story that caught his attention:

In April 1802 Ann Williams, Mary Priddy and Ann Collins were brought before the Worcestershire Quarter Sessions accused of a heinous crime – stealing acorns. John Wainwright, servant of Sir John Pakington of Westwood Park, brought it to court, and all three women admitted it, although since they were illiterate they had to sign with a cross their confessions.

Quarter Sessions provide a wealth of fascinating stories, and I regularly use them when giving talks or needing interesting stories about people or places for events or displays.

What were the Quarter Sessions?

They were a combination of a court, and a forerunner of the County Council, dealing with administrative and planning matters for the county. The crimes they tried were middling ones, with minor ones heard by petty sessions and those carrying the death penalty heard by the Assizes, but that still left a large number for them to administer. Their role in helping to administer the county saw them oversee road and bridge repairs, disputes over poor law responsibilities, licensing of gamekeepers & ale houses, looking at proposed new roads/canals/railways, and management of the local gaols. They met four times a year (hence the name) and were presided over by the Justices of the Peace with the help of juries. 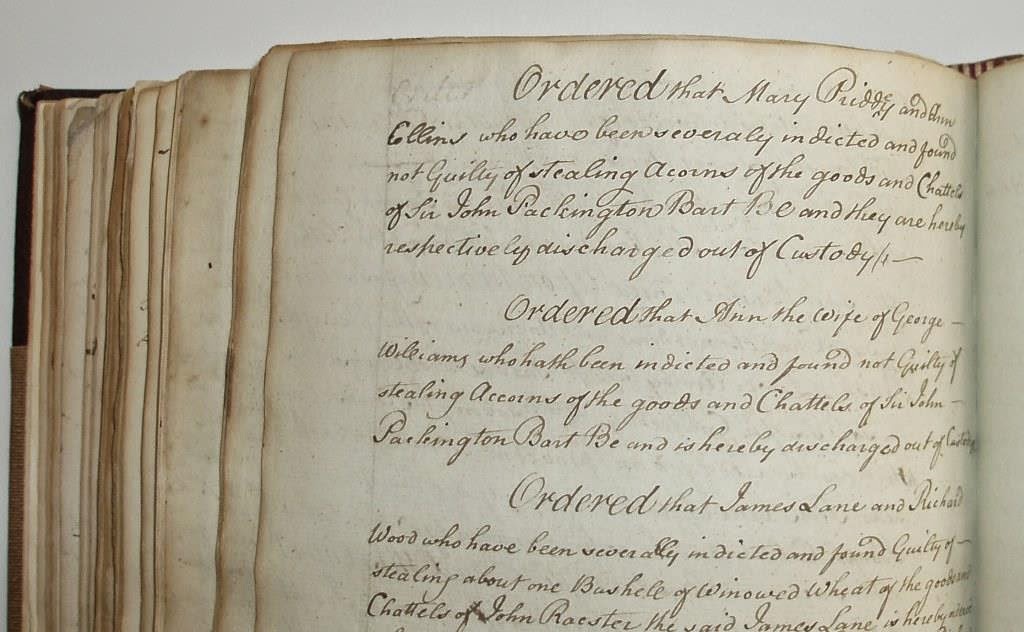 We have the official paperwork, including session rolls which contain the statements given, and the order books which say what happened. In addition there are lists of licenses granted, calendars or prisoners, removal orders for poor, and maps/plans of proposed railways or canals.

Why are they a Worcestershire Treasure?

Thousands of stories are in there, such as crime, poor law and daily events, and tens of thousands of people are mentioned in the records – the accused, the witnesses, the victims, the JPs, surveyors, poor law applicants, churchwardens, gamekeepers and many other people. There is a wealth of information to look through, and can be used in all sorts of ways. And the great thing is that volunteers over the years have indexed many of them, so you can look specific people up, find out what happened for a particular town or village, or a subject such as theft of acorns. This makes this information accessible. It was going through these indexes that I saw the theft of acorns mentioned and was so intrigued that I had to go and look to see if it was true. I’ve used them many times in talks and other activities, finding relevant examples, and the stories revealed always attract interest. 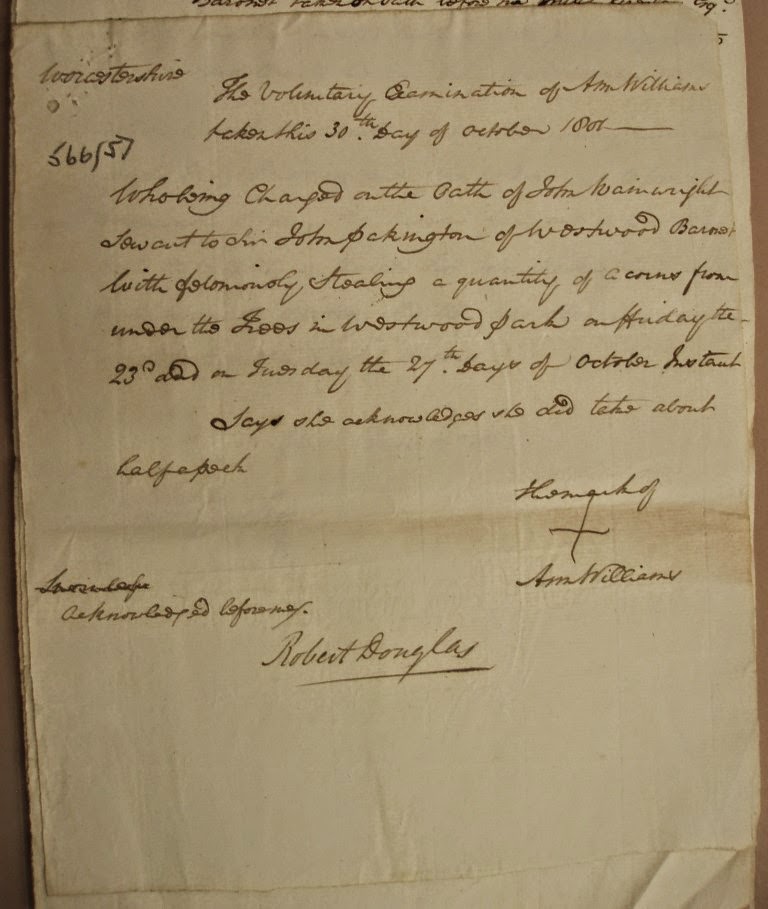 The documents are kept in the archives and available during our original archives opening hours. The indexes are available in books and can be searched whenever The Hive is open. Some are also available online on the Access to Archives website www.a2a.org.uk

What happened to the acorn thieves?

Despite them all pleading guilty and admitting taking acorns (half a peck and half a bushel) the order book records that all three were found not guilty. Was there a get out clause for them due to the amount of acorns taken, did the jurors and other JPs think it was all ridiculous and threw it out, or was it for some other reason? It doesn’t say, and neither Berrow’s Worcester Journal nor Worcester Herald mentioned it, but it is a story that I find amusing, and one reason why I think Quarter Sessions papers are a Treasure. 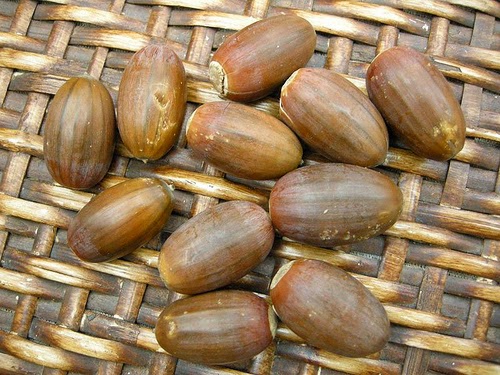