The Pershore Hoards and Votive Deposition in the Iron Age

Twenty years ago almost 1,000 Iron Age coins were discovered at Pershore by metal detectorists, which turned out to be one of most important archaeological finds in recent years. Archaeologists were informed quickly and this led to an excavation revealing an Iron Age/Roman settlement which professionals had been unaware of until then. The coins, both gold and silver, were declared Treasure Trove and were subsequently bought by the British Museum. 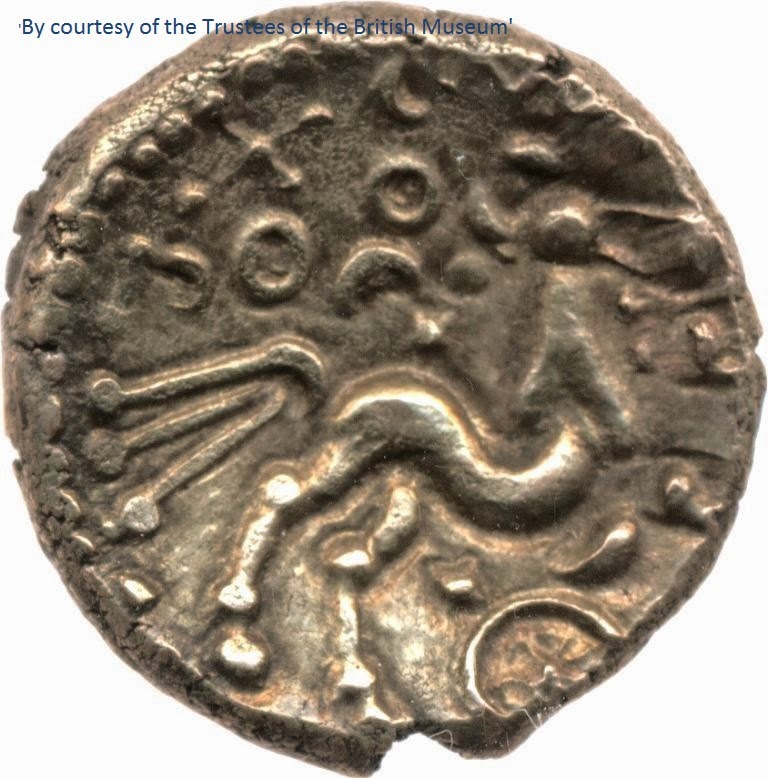 The reverse view of the Pershore type gold stater, named as such for the first  time as a result of the discovery in Pershore.

Image supplied courtesy of the Trustees of the British Museum

Derek Hurst, one of our Senior Project Managers, has written up the report of the excavation along with Ian Leins (British Museum) in the 2013 edition of the Proceeding of the Prehistoric Society. They look at the fieldwork which was carried out at the time as well as the analysis from the post excavation work, and the subsequent discussions.  This journal is available to see on level 2 in The Hive, just to the left of the Explore the Past desk, along with many other archaeological journals. It is also available from the Society.