Today is the 50th anniversary of the death of Winston Churchill, one of the most notable figures in British and world history 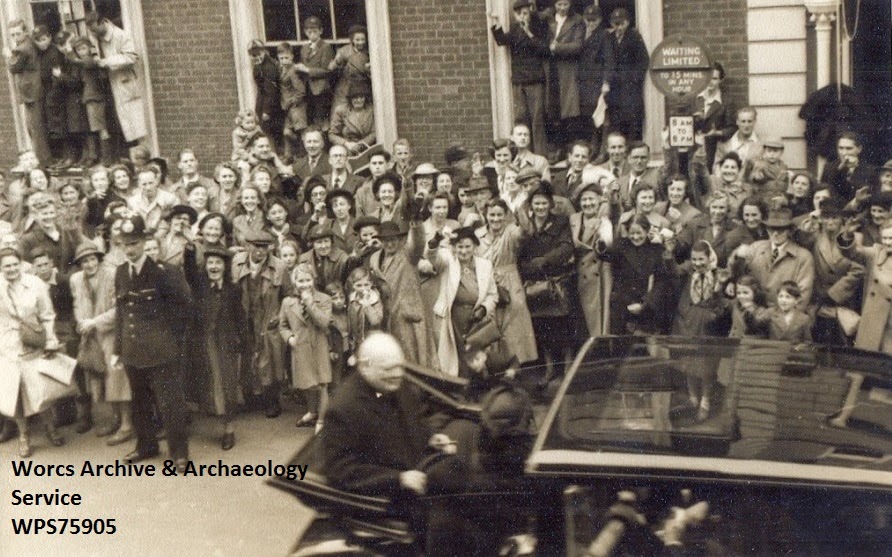 Churchill came to Worcestershire to receive the Freedom of the City of Worcester in 1950. It was a very memorable event for the city, and when the subject comes up we’ve heard many people telling us how they or someone they knew were there to see him. 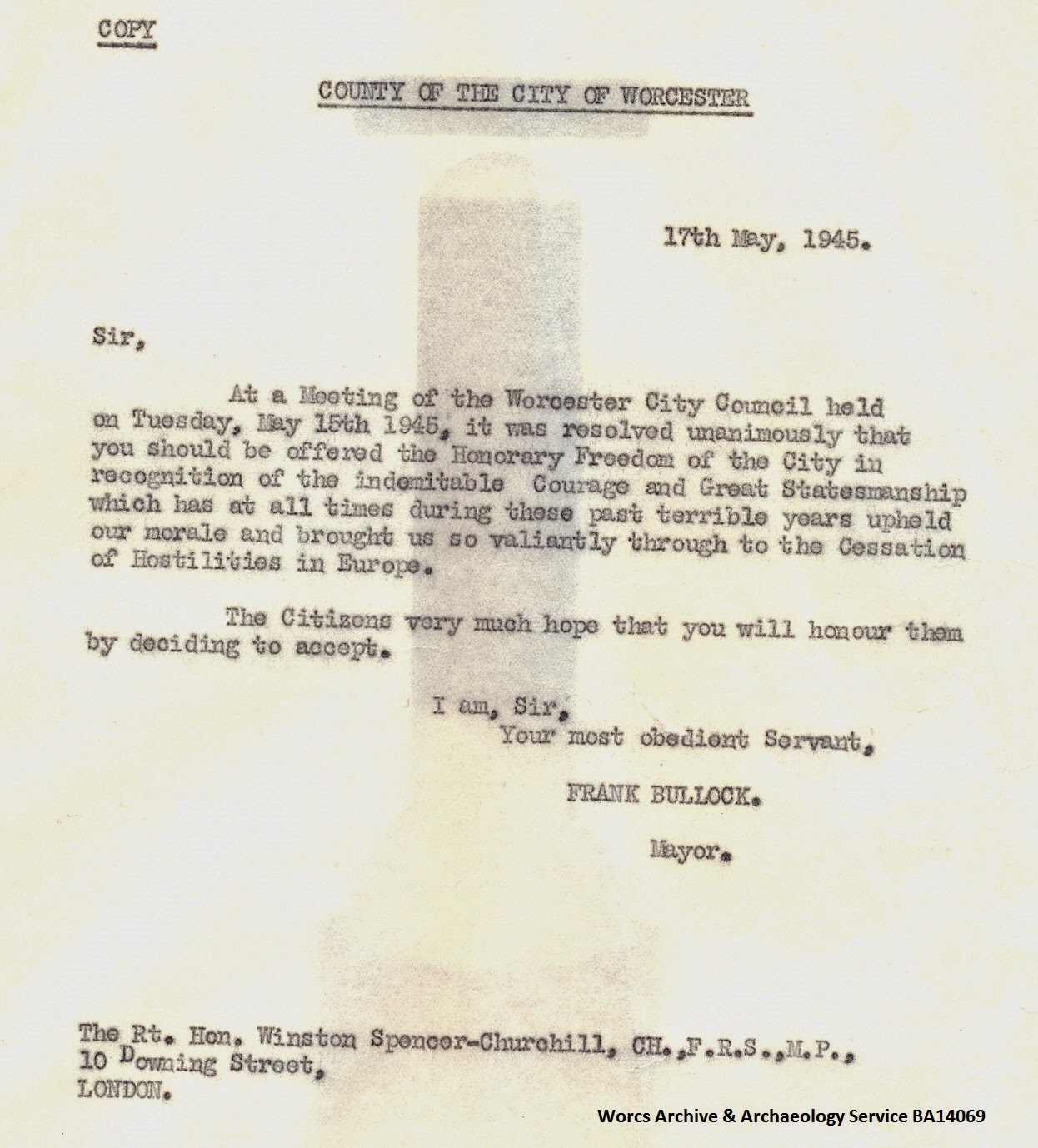 Invitation to Winston Churchill by Mayor 1945

The city archive includes documents about the work that went into getting him to come to Worcester, and then organising the event. Over 60 towns and cities wanted to make him an honoury freeman in light of his wartime leadership, but with his many commitments it was five years before he was able to come. That he came at all was down to the persistence of successive mayors and council officials who kept writing at regular intervals with invitations. The first was in 1945, coinciding with the final days of the war and General Election, which was followed up at least twice in 1947, three times in 1948 and twice in 1949 before finally agreeing a date in his diary. 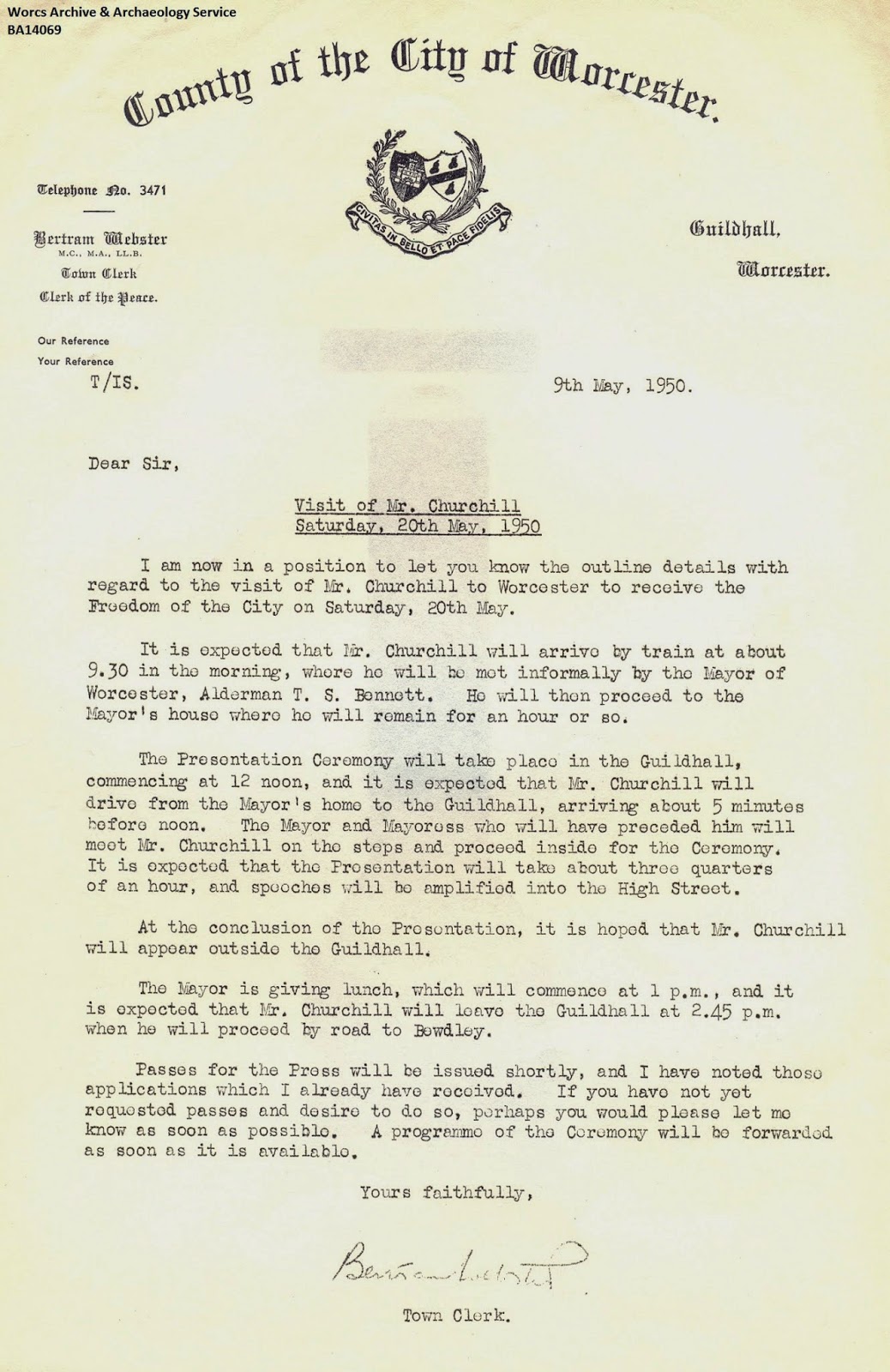 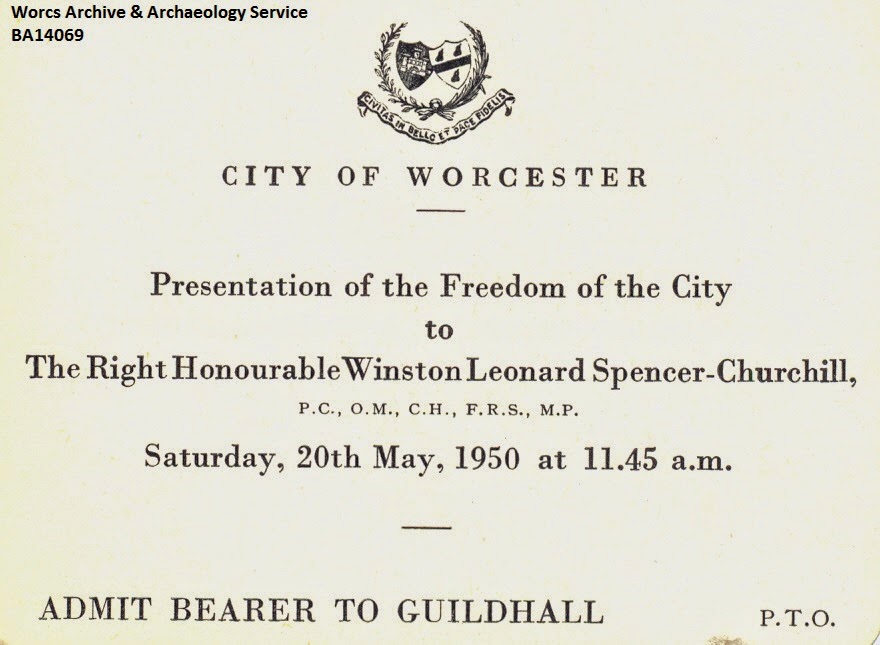 When he did agree to come the day then needed to be organised, and the letters and memos tell this story as the itinerary was created, people were invited, food and drink ordered, presents arranged, microphones sorted by the Midlands Electricity Board and his name was engraved on the Guildhall boards. Fownes presented gloves to Sir Winston and his wife, beginning the work on them in 1945. They had existing pairs sent to them so they could get the size right, along with a note that Mrs Churchill didn’t like coloured gloves, preferring black. A writing desk was also given, although originally it was going to be a cabinet. This had already been made a couple of years earlier and when they inspected it they saw that it had been damaged, so organised a table instead. The desk was engraved with coat of arms, although they first had to check to see whether it was appropriate for this to be carved on. 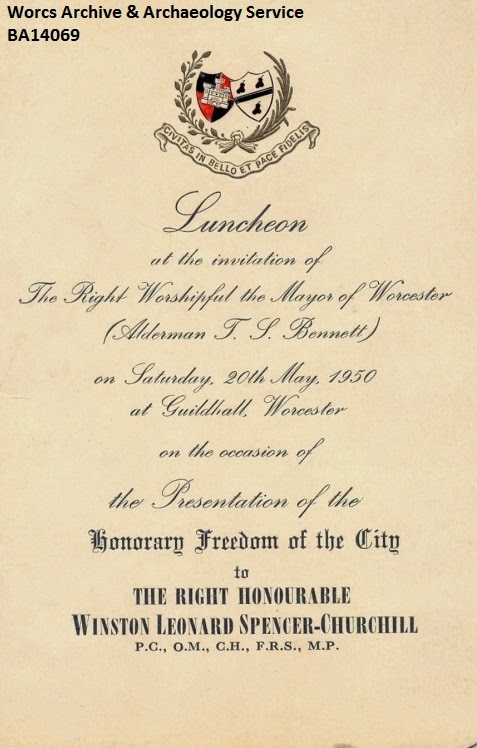 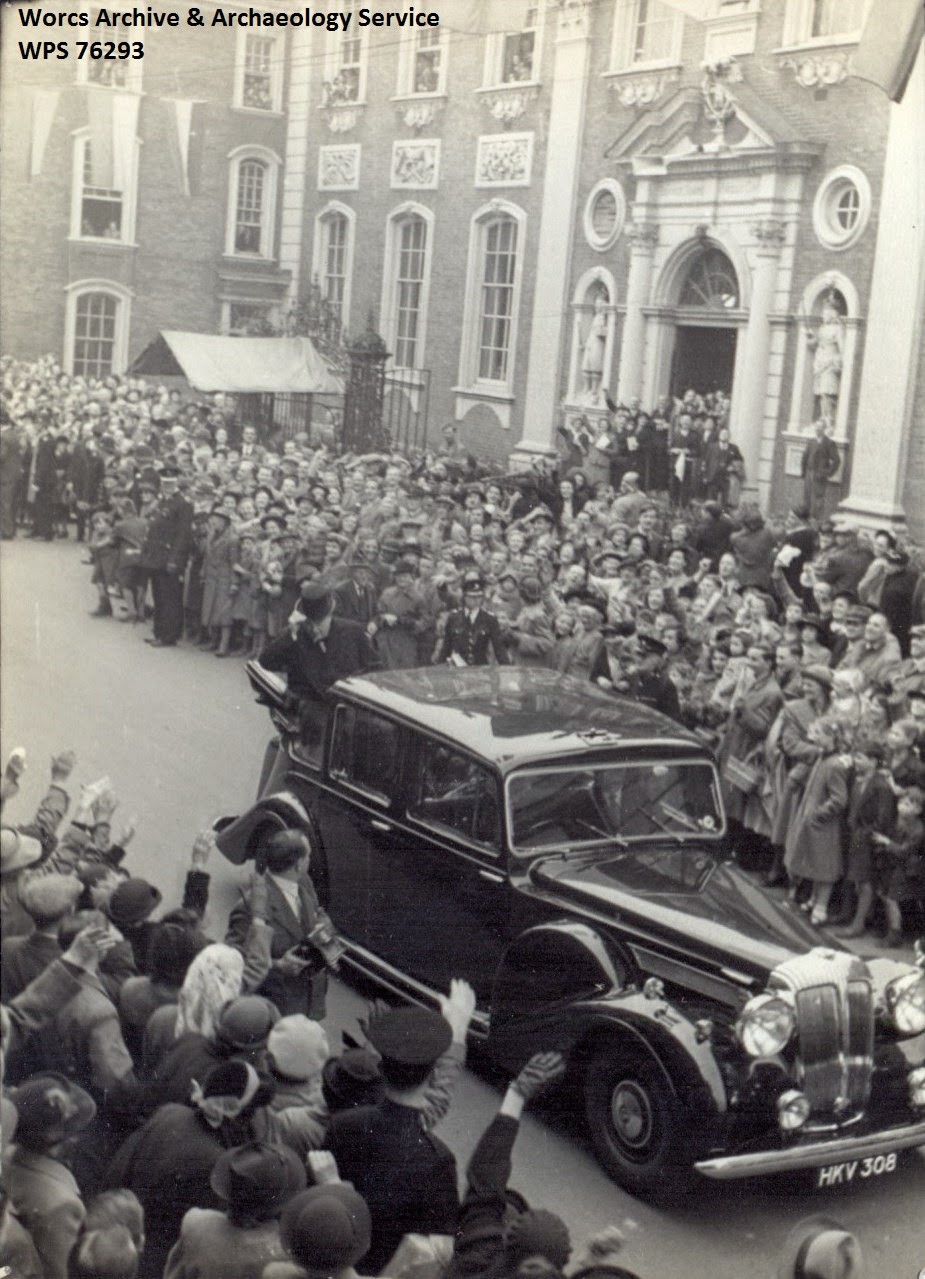 Sadly the itinerary meant a shorter visit than some would have liked, leading to at least one letter of complaint that no public event on Pitchcroft was organised. This was because Churchill needed to leave mid afternoon in order to visit the Baldwin Memorial near Bewdley before returning to London that evening. 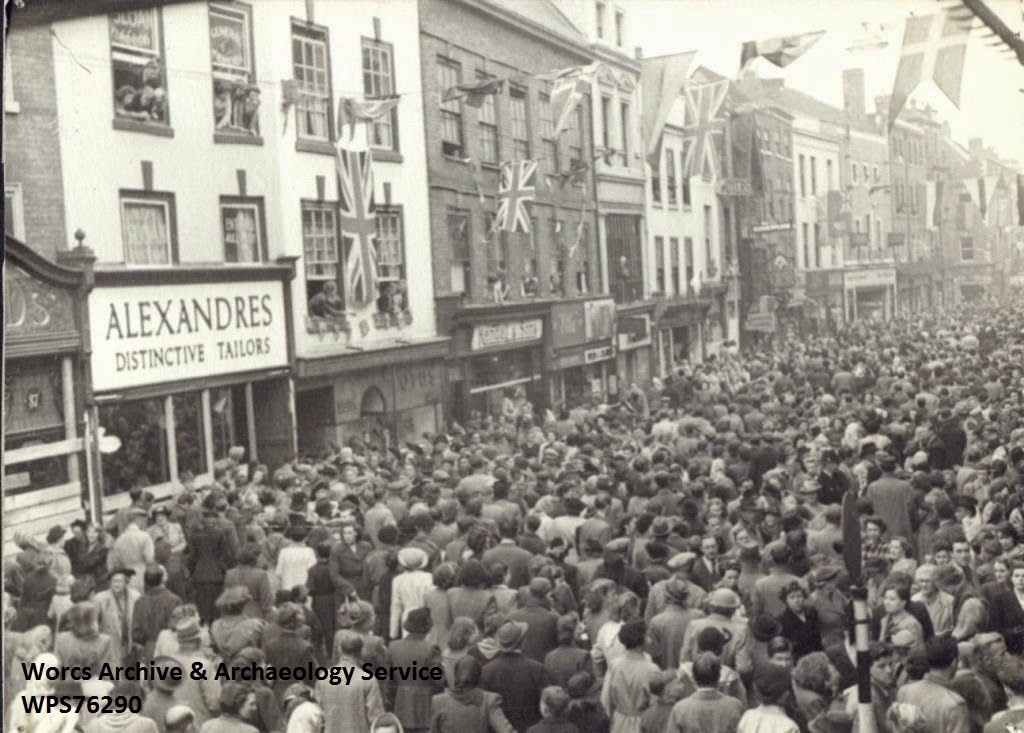 The documents about the Churchill visit are in the process of being catalogued so require at least 7 days notice to be accessed. Please quote reference BA14069. 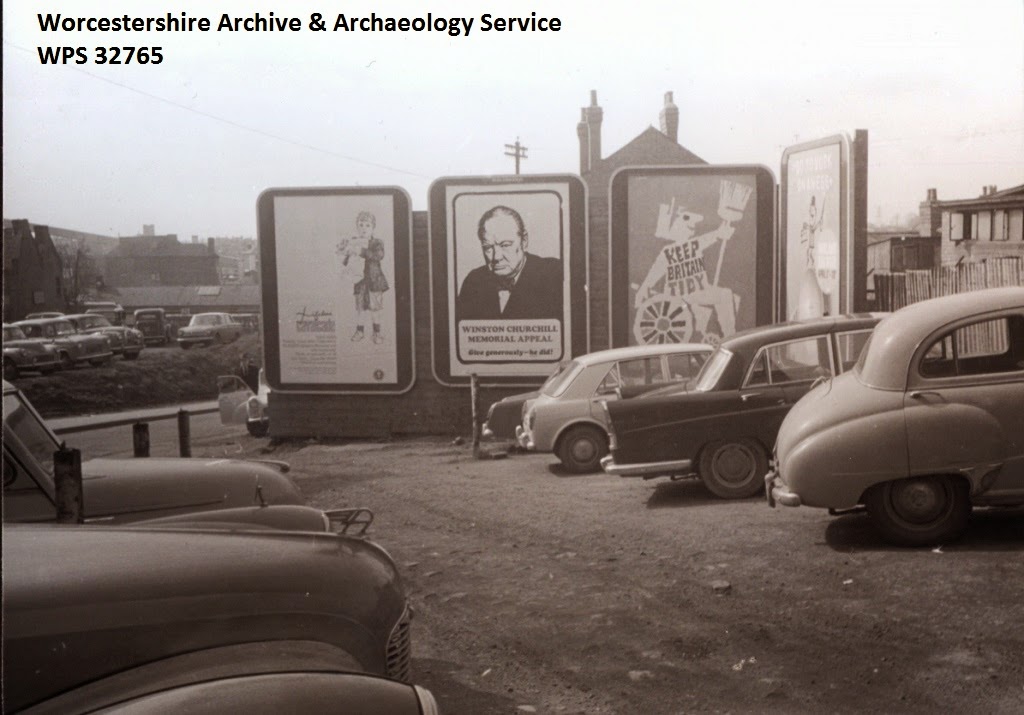 Wps32765 – This image shows a poster in Blackfriars for the memorial appeal in 1965. This national appeal led to the formation of the Churchill Memorial Trust, which hands out 100 fellowships a year, paying for travel overseas to recipients as part of projects to help them with study and work looking into challenges. Photographer R.J.Collins

We’ve reproduced some of the photos taken that day. We also have film footage taken by John Beer, a well known local amateur film maker, which has been shown in a number of the film screenings we’ve done at the Swan Theatre and around the county. The film footage is especially interesting as we have letters from some of the newsreel companies saying they couldn’t come, and a letter from the BBC saying Churchil had refused them permission to film him that day.