If you’ve been past Worcester Cathedral in the last month you’ll probably have seen our archaeologists working away, uncovering the remains of the properties that once stood either side of Lich Street. This was, before the construction of College Street in the early 19th century, the main thoroughfare into the city centre from the south and east, linking Friar Street to the south end of the High Street. 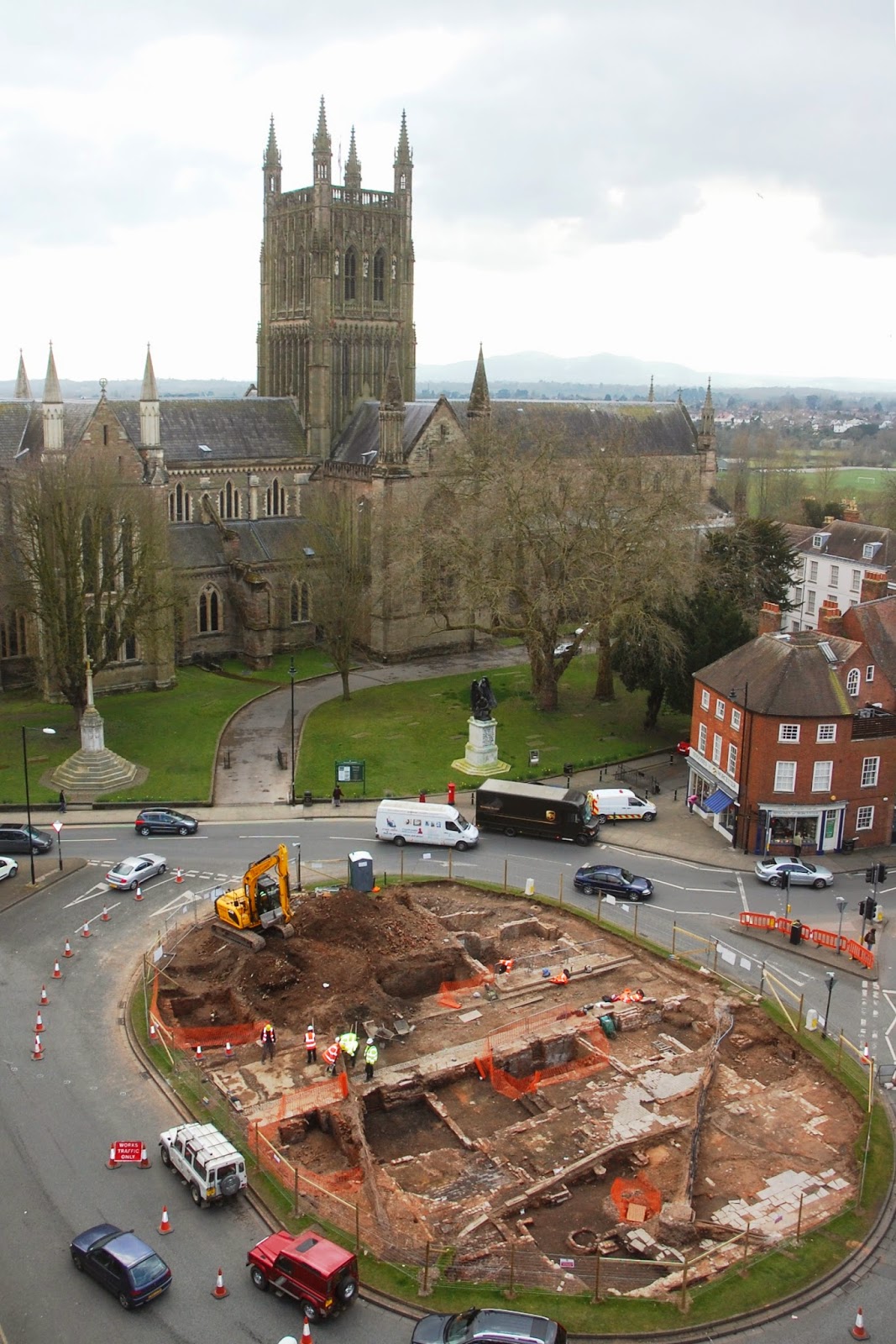 Excavation in progress. Lich Street can be seen crossing the site from centre-right to bottom-left of the image

The topsoil and rubble has now all been removed, and our staff are now carefully exposing the structures and deposits by hand. 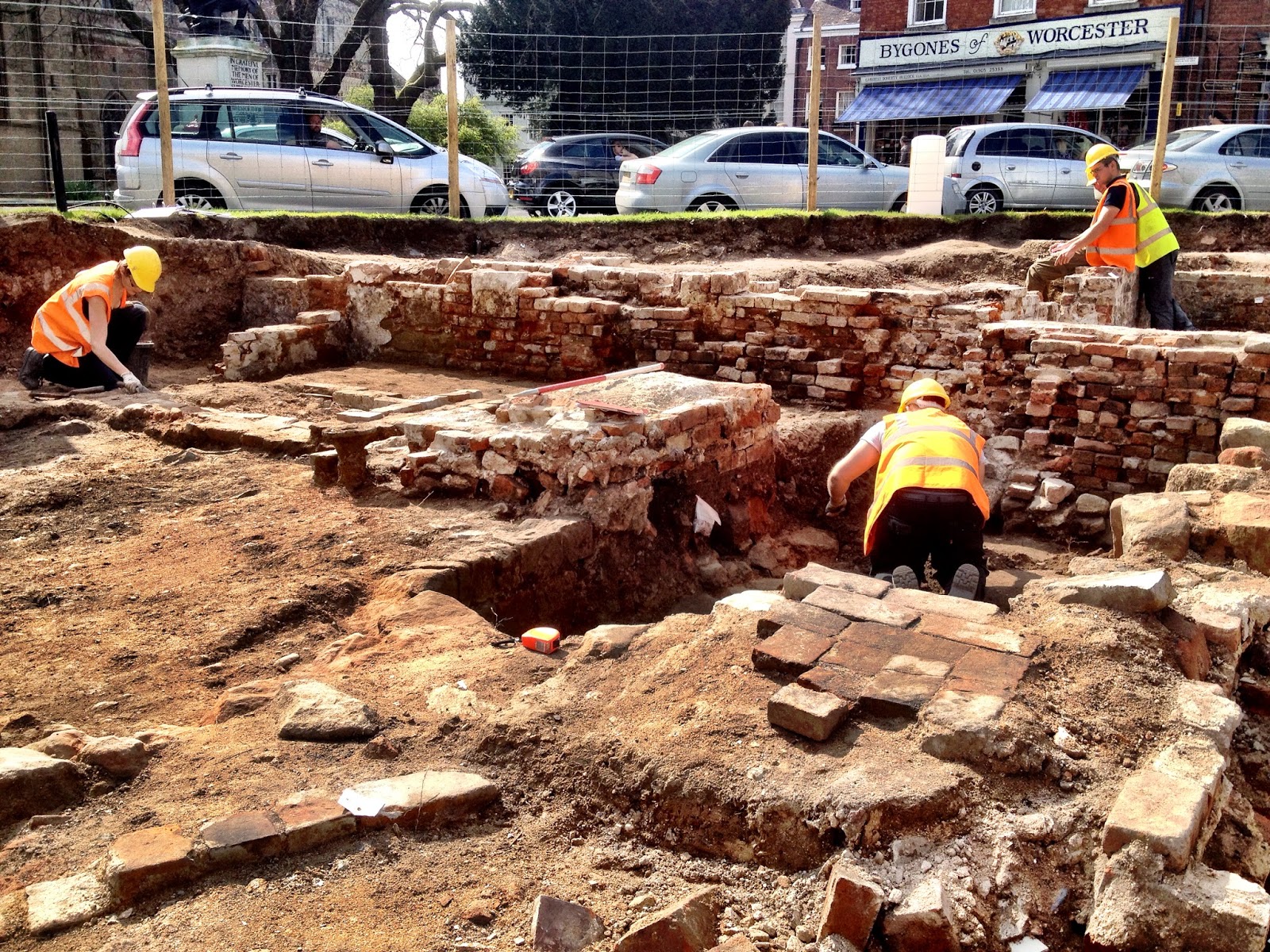 We’ve uncovered the remains of cellars, yards, paths, wells and a wealth of domestic debris that is helping us to piece together the story of life on the site, which has been at the heart of the settlement of Worcester for 2000 years.

Roman (left) and medieval (right) pottery from the site

You can find regular updates about what we’ve discovered, get news of forthcoming opportunities to talk to our archaeologists and have a closer look and share your memories of the area on the project blog at http://diglichstreet.blogspot.co.uk/. You can also follow the project on Twitter at http://twitter.com/worcsdigs.