Worcester Royal Infirmary is the focus the last in the present series of Exploring Archives workshops on Tuesday 19th May. Like the rest of the series, we’ll be looking at original records and documents within the archives to highlight what is available, how it could be useful to you, and how to search the collections. 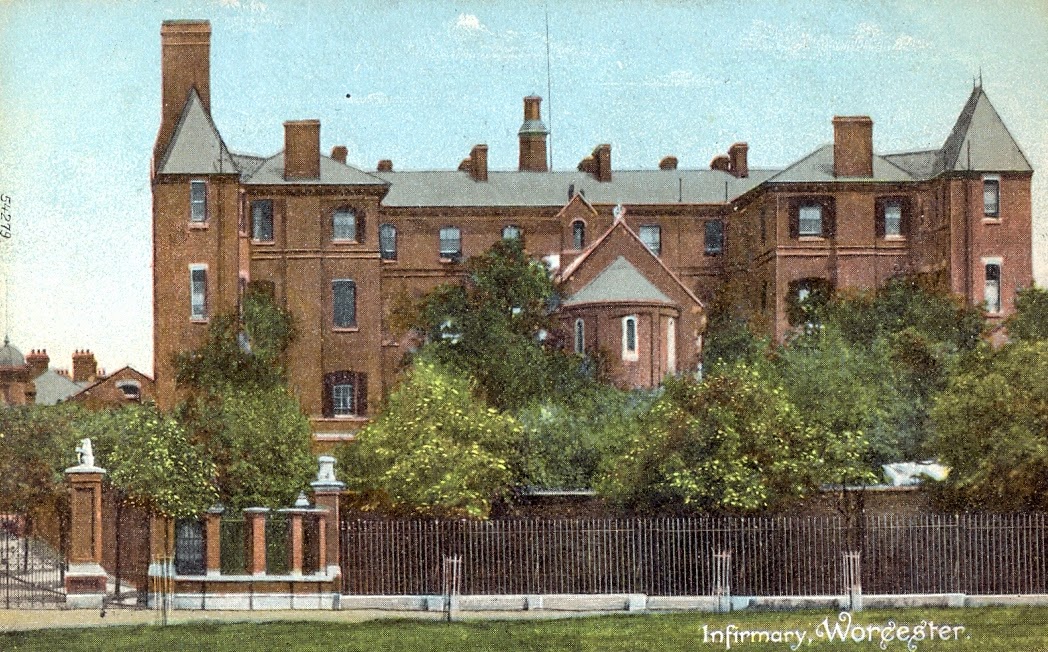 The workshop will be led by Sarah Ganderton, who knows about the Worcester Royal Infirmary after researching it for her dissertation and working at The Infirmary, an interactive museum which is part of the new University City campus. The dissertation, which researched how the hospital was funded during the latter part of the 19th century and early years of the 20th century, has also earned her two awards, including one by Worcestershire Historical Society for the best dissertation by a University of Worcester student on a Worcestershire subject. 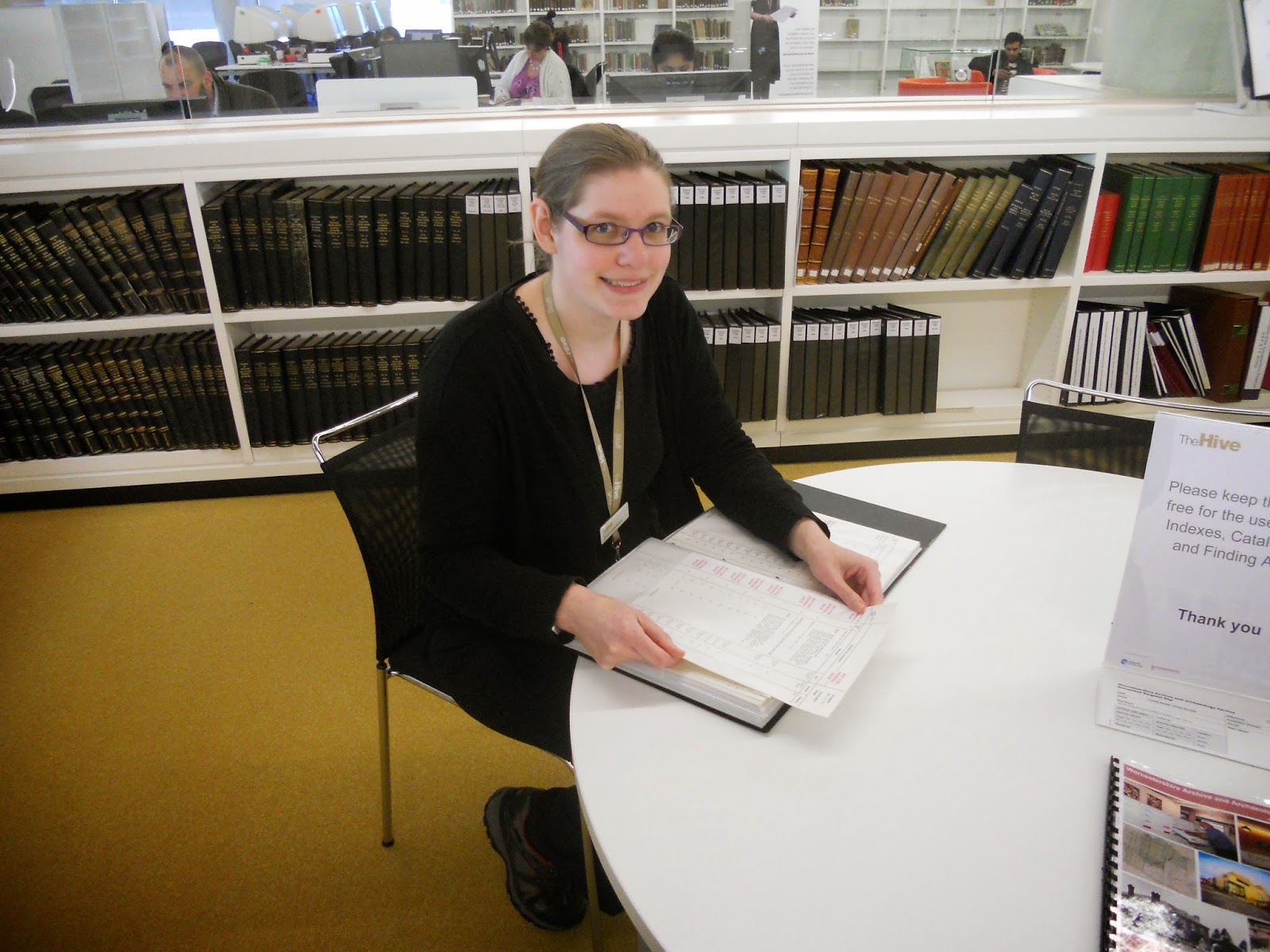 Sarah will be leading the workshop

Prior to the formation of the NHS, hospitals such as the Infirmary were funded by subscribers – people or organisations who voluntarily contributed a fixed amount to the running of a hospital and, in return, could recommend people for treatment. Sarah’s research aimed to lift the lid on the people who contributed to the running of the hospital. She explains: “Studying accounts, subscriber lists and local trade directories, I looked at the people, charities, businesses, and even employee groups paying an annual fee to the Infirmary as subscribers in 1885 and 1910.

“I then used the information from the original records to create statistics and look at patterns to compare my finding with previous research on different subscribers at other institutions.

“I found there were interesting changes through this period, with rises in the number and amount of subscriptions from women and the working class. Worcester had many female subscribers, who were not necessarily motivated by male family members. 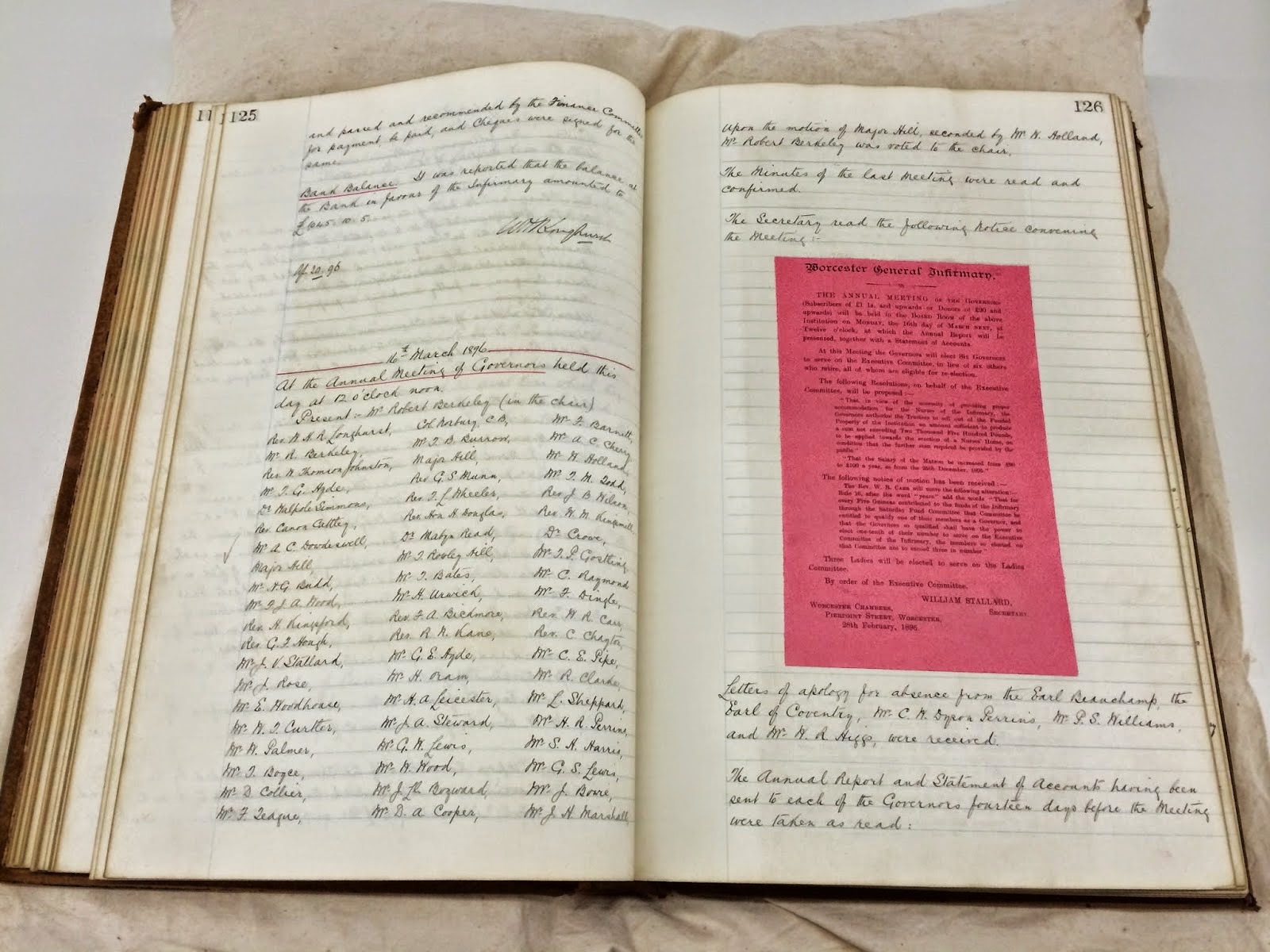 “The number of female subscribers and the amounts they subscribed rose, while the number of male subscribers fell in the same period. This was different to what other historians had discovered in other institutions.  I also found that there were increasing numbers of employee groups subscribing for their own benefit to nominate patients to use the Infirmary, just before the National Insurance Act came into force.”

Sarah was appointed as the part time project administrator at the Infirmary – which is now an interactive museum which forms part of the University’s City Campus – during the second year of her degree, a placement which she says inspired her to explore the history of the building.

Now, she works as a Graduate Trainee within the Worcestershire Archive and Archaeology Service, based at The Hive, conducting research and working alongside archivists, conservator, digitisers, archaeologists, and the outreach team.

Of her Worcestershire Historical Society Prize, she says: “I was surprised and delighted to receive a letter from the Society congratulating me on the award.  It was lovely to receive this recognition; it really makes all the work seem worthwhile.”

Places on the workshop cost £6 and can be booked online here.