Today we are looking at the extraordinary life of a Worcestershire resident who we actually featured a part of last year’s Explore Your Archive campaign too. As part of our feature on Dandy Row in 2014, we looked briefly at the life of Henry Martin. As a result of this initial work we were lucky enough to have contact from one of Henry’s relatives, who has been able to tell us so much more about his life. We are always thrilled when our readers are able to add more to the stories we share.

As part of the Explore Your Archive Campaign last year we discovered Henry William Martin, who lived in Dandy Row. He was born in 1887, was baptised at St Peter’s Church in Worcester and also attended St Peter’s School.

We found that Henry Martin died, aged 30, on 15th September 1917 after being gassed the day before. He is buried at Mendinghem Military Cemetery, Belgium, Grave VII. G. 15. He is mentioned on both the St Peter’s war memorial (now at St Martin’s church, London Road) and on the memorial at the Guildhall. This information has been found and transcribed, with permission, from the website ‘Remember the Fallen‘ which is ‘dedicated to all the men and women who sacrificed their lives so that we may live and enjoy our freedom today. A searchable database of those commemorated primarily on war memorials and rolls of honour in Worcestershire (with a small number from Warwickshire, Gloucestershire and Shropshire) can be found on the website.

Following our article we were lucky to receive some lovely communication from one of his relatives and we now know that Henry Martin was known as Harry. Before the First World War Harry was an extremely talented painter for Worcester Porcelain and there are materials, including his medals, held within the Worcester Royal Porcelain Museum collection. We have also been lucky enough to have been given permission to show you an example of his work. 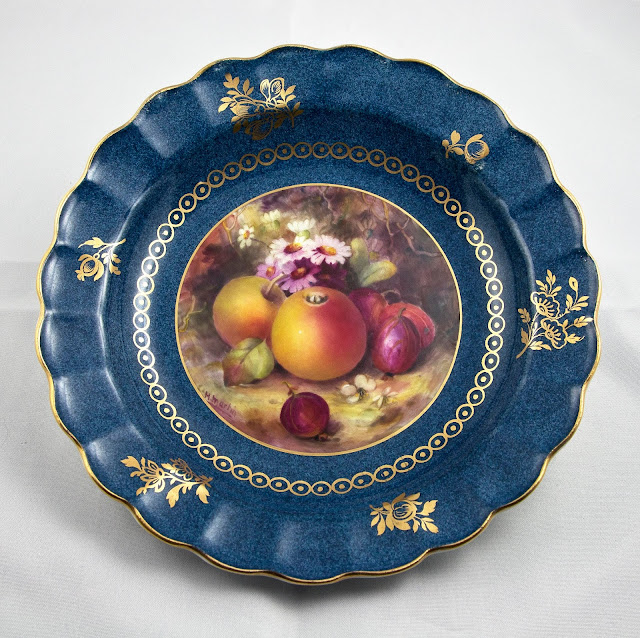 An example piece of Royal Worcester Porcelain painted by Henry ‘Harry’ Martin. Plate supplied for digitisation by kind permission of members of the Martin family. 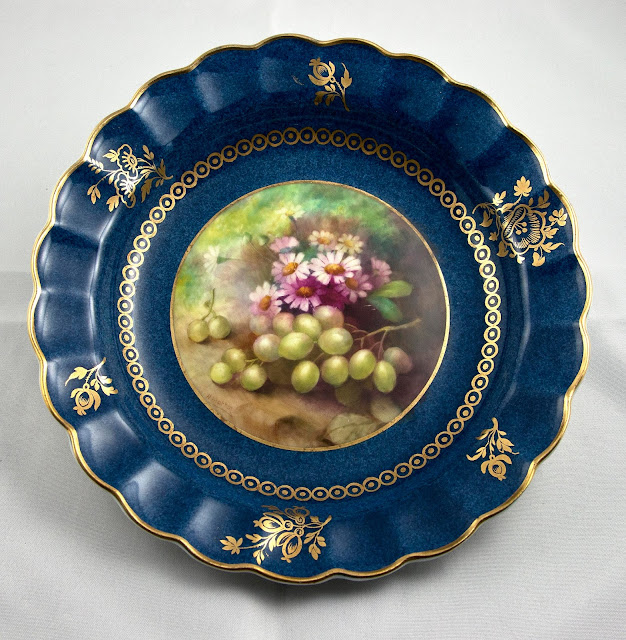 An example piece of Royal Worcester Porcelain painted by Henry ‘Harry’ Martin. Plate supplied for digitisation by kind permission of members of the Martin family.

Research can be extremely rewarding, but sometimes by viewing the paper records held here at Worcestershire Archive Service alone, we miss some of the details of the real person behind the records. Thanks to the input from a member of Harry’s family, who is also one of the readers of this Blog, we have been able to better understand and remember the man that Harry was. Because of this help, we have also been able to see what Harry looked like. 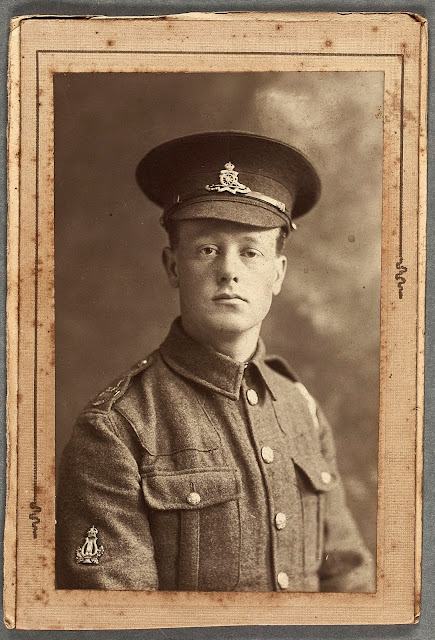 Henry ‘Harry’ Martin.Image supplied for digitisation by kind permission of members of the Martin family.

We feel that Harry is an unsung hero of Worcestershire, whose life was so much more than our records could show. This success story shows how information from other institutions and individuals can really help to contribute to our understanding of our records and expand on what we already know.

An exhibition of items relating to Harry Martin, loaned to us by members of his family, is now available to view on Level 2 at The Hive.