One of the unexpected surprises in my work as Book and Paper Conservator at The Hive is revealing hidden materials that have been used in the construction of bound volumes. Termed ‘Printer’s Waste’ this material forms part of a long tradition of bookbinders using material to hand when a book is constructed.  The process can be traced back at least to the late medieval period to what are known as the Worcester Fragments. These are a collection of 25 short pieces of vocal music from the later 13th to early 14th century that had been used as binding material in various books that had been recovered from Worcester Cathedral Priory.  Once it was recognised that these scattered fragments came from the same source it was possible to piece them together, though much remains missing.

Whilst working on a damaged volume, I have recently discovered a page from ‘The Queen, the Ladys Newspaper’ dating from 6th May 1882. 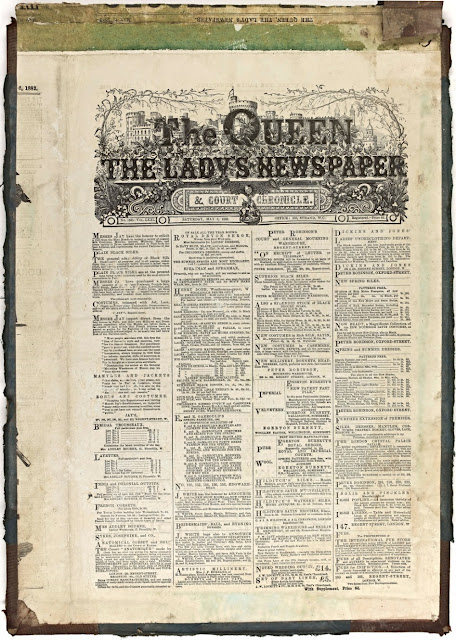 Offering details of suppliers for Bridal Trousseaux, Anatomical Corsets and Artistic Millinery, the page had been used as lining material in the construction of a spring-backed ledger that became the  Evesham Charge Book 1883-1893 (010:18 BA13870/238).

The volume is part of the West Mercia Police archives currently being catalogued and conserved thanks to grants from The National Archives and the National Manuscripts Conservation trust.  The archive includes the administrative and operational records from Police Stations and Divisions around Worcestershire, from 1833 until 1996. Worcestershire Constabulary and Worcester City Police were formed in the 1830’s and merged with Shropshire and Herefordshire Constabularies in 1967 into West Mercia Police Authority.

Charge books record the charges brought by the police against a named person. Details can vary between volumes but for the accused each entry often includes date and hour apprehended, nature of charge, any property involved and whether the accused has been detained or bailed.  There will also be details about the person bringing the charge, the officer taking the charge, the magistrate hearing the charge and any witnesses.  As such, they are a valuable source of information for research areas such as the nature of crime and the role of the police in the wider community.   They also provide a unique window on the daily lives of both those who were police officers and members of the criminal fraternity. 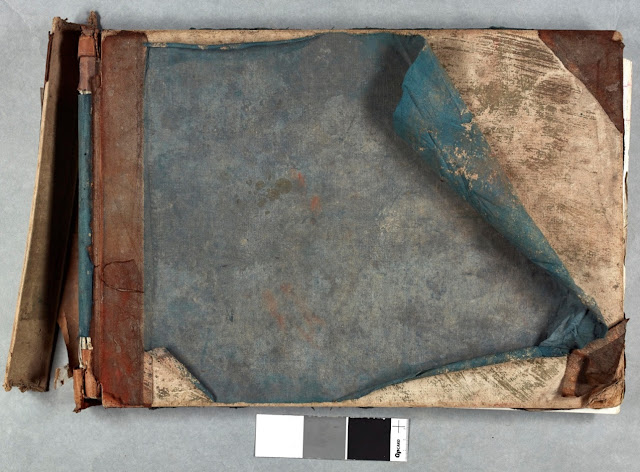 This volume appears to have suffered from significant damp damage at some stage in its past. As a result, the leather across the spine had split, cloth had lifted from the boards and a number of pages have been lost from the text-block, causing the sewing structure to break down.  As it was, the volume was too fragile to be consulted for research.

During the process of strengthening the end-papers for re-sewing, the page of ‘The Queen’ was revealed under the sheet of marble paper adhered to the inside of the lower board.  A similar sheet is also adhered under the marble sheet of the upper board, but to minimise disruption to the original structure, this was not revealed during Conservation.

First published in 1861,’The Queen, the Ladys Newspaper’ was popular with the upper echelons of society detailing the newest fashions, education  and hobbies expected of ‘young ladies’.  In 1968 it was bought out by ‘Harpers Bazaar’  and went on to become  ‘Harpers and Queen’.  As such, ‘The Queen’ was one of the longest running English women’s magazines. 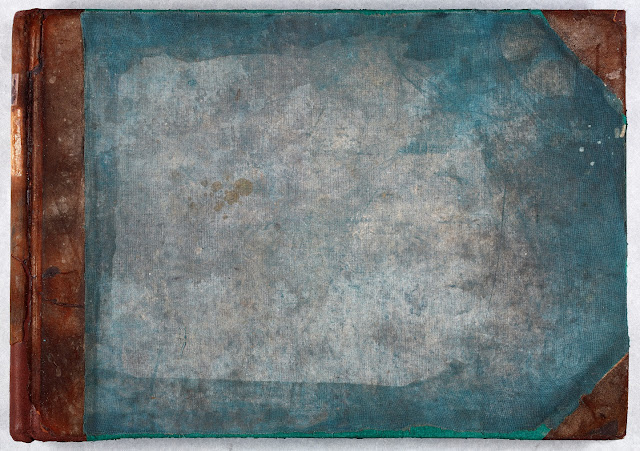 Whilst not quite as grand as the Worcester Fragments, I like the thought that I am one of the few people to have seen this page since the volume was originally bound sometime after May 1882, and that it will now remain hidden until the volume is repaired again, whenever that may be. 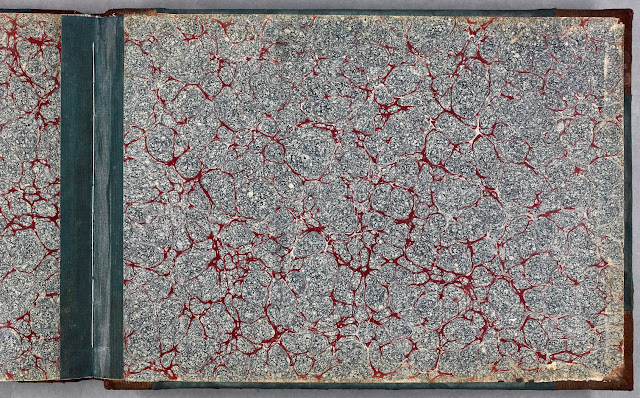 For more information about our Conservation service or to get a quote for work you may require, please see our website.