Witchcraft in the Archives

The Quarter Sessions are a great source of stories. They contain all sorts of crimes and disputes from across the county, which the Justices of the Peace had to adjudicate on with the help of juries. Over the years volunteers have indexed these which help people to search through for particular people and places, and also by subject. One heading caught our eye recently – accusations of witchcraft, so we thought we’d take a look.

The first was in 1662 and was a little complicated. The case was brought by Elizabeth Ranford against Joan Willis of Comberton. The accusation was of assault, but this was due to Joan believing Elizabeth of bewitching two children to death and trying to bewitch a third. 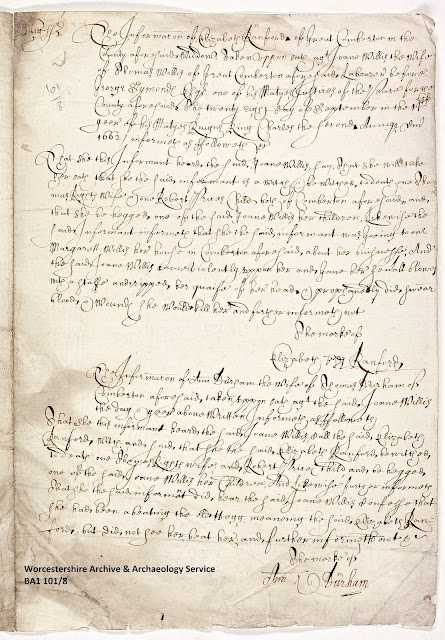 Another was in 1698 when six people testified against Margaret Hill of Ipsley. Again it seems a little complicated. The initial complaint related to Margaret going round to the house of Martha Farmer and when a child hurt his finger and bled and later became sick they accused Margaret of bewitching him. Other accusations relate to a cow, pig and a calf which died and Margaret was blamed. 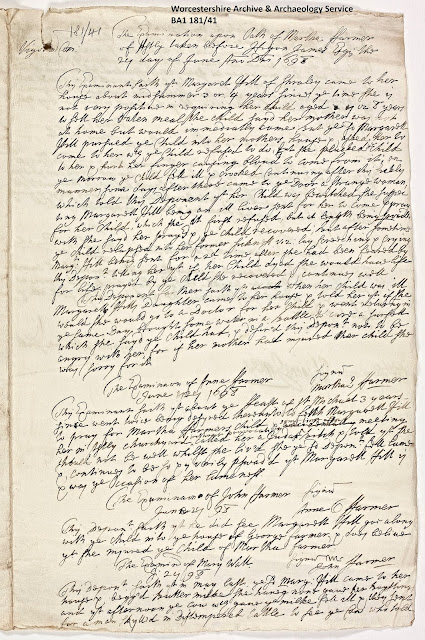 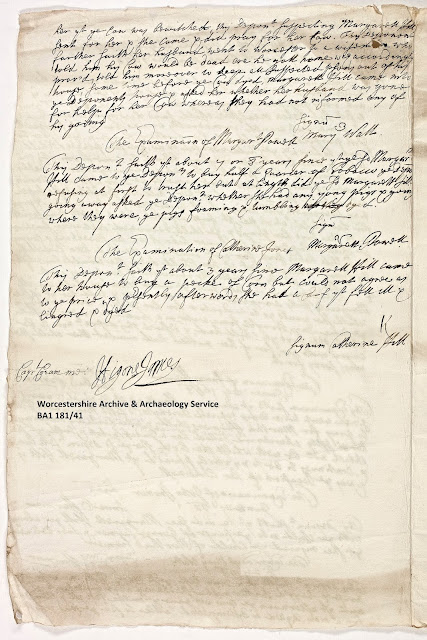 Unfortunately we don’t know the outcomes, and only have the witness statements. They predate newspaper reports and the order books of the Quarter Sessions are unavailable for these dates. The women don’t seem to be mentioned again, and since there would probably be a lot of publicity if someone was found guilty of witchcraft the two women were possibly found not guilty. Witchcraft accusations were not very common, despite the impression which can sometimes be given of the period, and often when you examine the details the woman is called a witch to deflect from an accusation she makes against someone else.

During archaeological excavations (or even walking around footpaths between fields) around Worcester, it is not uncommon to find bits of clay pipes.  Used by men and women while working the pipe stems often broke as they were held in the owner’s teeth and while they were readily available from shops they were also sold in...

We are thrilled to announce that our service has retained its status as an Accredited Archive, after our recent application renewal and inspection visit by The National Archives. Accredited Archive Status was introduced by The National Archives in 2013. It is designed to check that an archive service is maintaining professional standards but also, most...

We have a wealth of resources here in our collections to help you research you family, house or local history. Where do you begin discovering how much there is, where it is and what’s online? We have a free 70 page guide which you can download which is the perfect starting point, wherever you are...