Find of the Month – January

A medieval cooking pot – not the prettiest, but the source of fascinating information none the less. Our January Find of the Month gives us an insight into the lives and eating habits of ordinary medieval people, and how these changed over time.

This particular pot fragment, or sherd, is unusually large and helpfully shows the whole vessel profile – from base to rim. It was found in Evesham at the end of a burgage plot, in a pit probably dug to extract gravel and later filled with household rubbish. 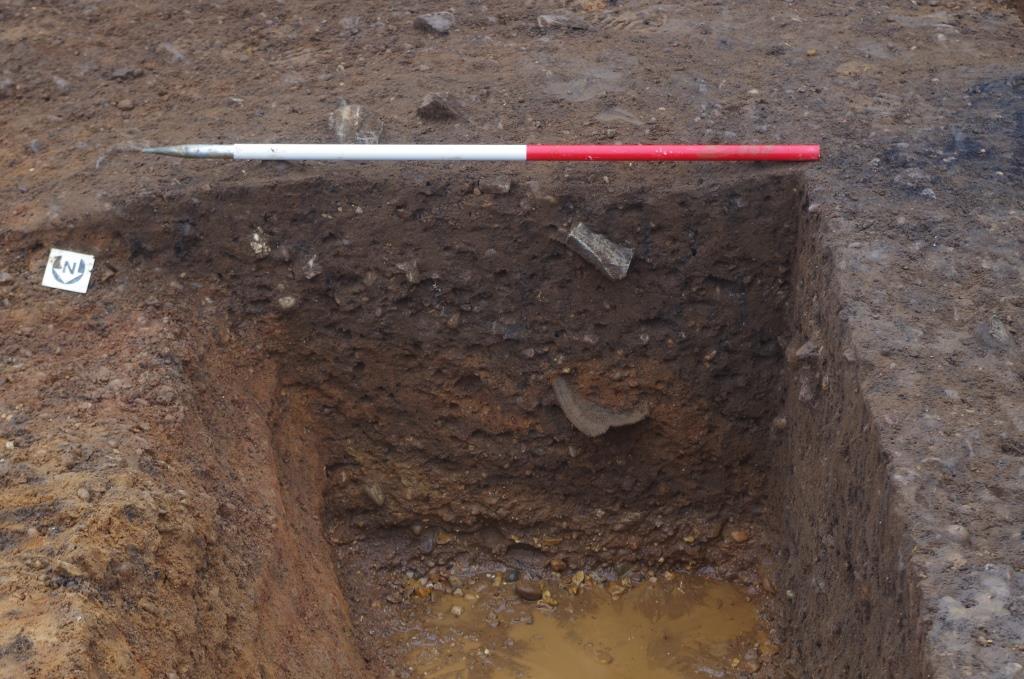 Partially excavated medieval rubbish pit with the pot sticking out of the section, over halfway down (1m scale)

The pot’s form and fabric (shape and material used to make it) shows that it’s a style of cooking pot produced from the 12th to mid-14th century, but was most common during the 13th century. From ethnographic studies and medieval assemblages elsewhere (e.g. Blinkhorn 1999), it’s been suggested that cooking pots had many purposes, but generally each vessel had one specific function; such as cooking or storing particular foodstuffs. Soot on the outside of this pot shows it was placed over a fire. What was cooked in it then? Residuals of food may cling to the inside, but they’re unlikely to reveal anything more exotic than grain and vegetable based pottages. 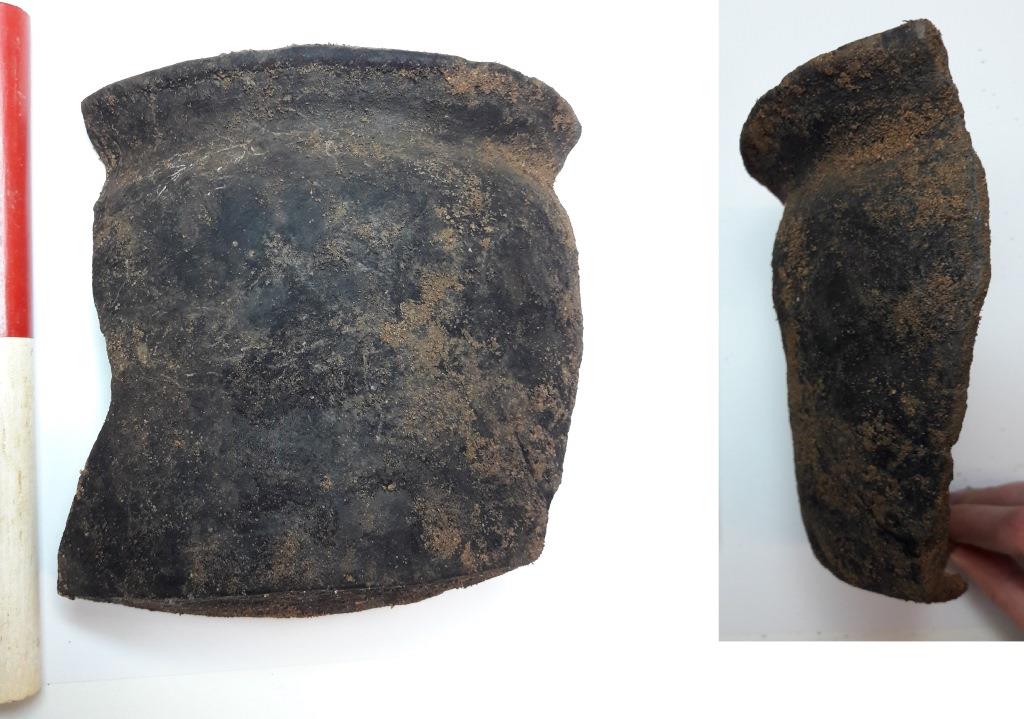 Sooty outside surface and profile of cooking pot (10cm scale)

After the mid-14th century, cooking habits changed and we see fewer cooking pots as a result. The Great Famine of 1315-1317 and Black Death in 1348-9 reduced the population to such an extent that workers were in short supply and wages increased. Greater household wealth allowed people to eat more meat and fish, reducing the need for cooking pots and increasing demand for ceramic skillets and drip dishes. The more expensive, but longer lasting, metal cooking pots also became more affordable and by the 15th century even the poorest households had replaced ceramic cooking vessels with metal versions.

Our cooking pot was probably made in Worcester, although similar pottery was also made around Evesham too. During the 13th century, when the pot was most likely made, pottery style tended to be fairly regional. As social and economic changes in the 14th century altered people’s pottery uses, it began to be traded further afield and made in a wider range of more specialised styles. In Worcester, the pottery industry began to decline as Malvern potters took over the market with an increasing variety of jugs, cups, jars and dishes. Worcester potters, searching for new ways to earn a living, began to produce roof tiles instead.

From medieval cooking pots to the rise of microwave and dishwasher safe crockery, what we choose to cook with and eat off reveals a lot about our eating habits and wider societal trends.

You can find out more about different pottery forms and fabrics through our Online Ceramic Database.

One response to “Find of the Month – January”

In our series of blogs by former County Archaeologists the excavations at Deansway under what is now the Crowngate Centre came up  quite a few times. This is still the largest excavation ever undertaken in the City and the findings are still significant even after 30 years. It also played a big  part in the...

During an archaeological excavation near Worcester city, the team found a lot of evidence of expected urban activity, but two styles of pottery stuck out as particularly striking sitting in the rubble layer above the remains of an older building. Found above a layer of building demolition material dating from the 1700, one was a...