Find of the Month – February

Picture a tiny white glass bead decorated with four thin blue stripes.  Now shrink it. February’s star find is a miniscule Roman bead – 2.7mm across to be precise. It is so small that we’ve had to ask our in house digitisation team to take a photo of it, and even they exclaimed “there’s small, and then there’s small!” 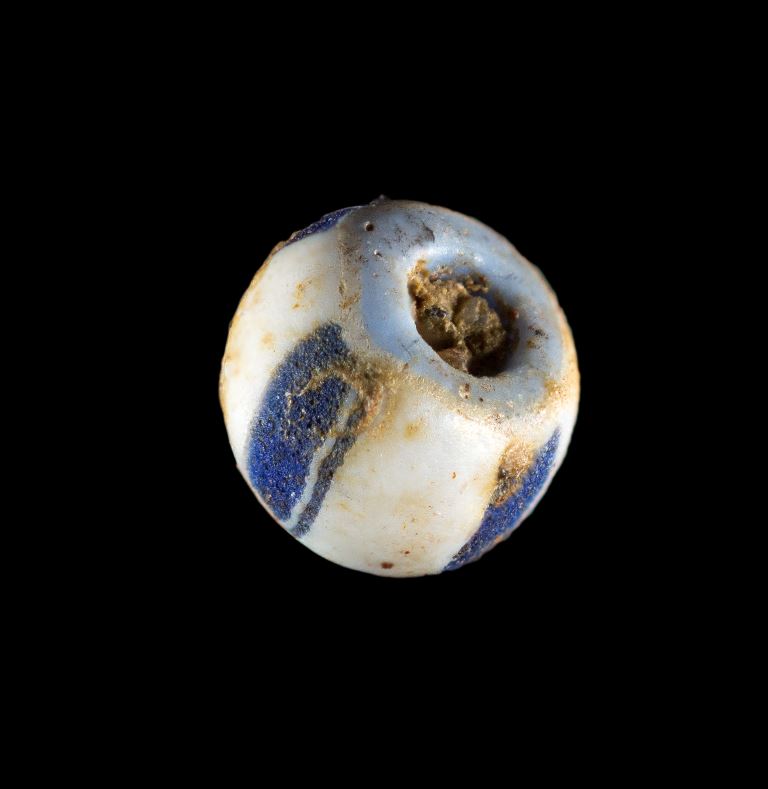 Roman glass bead – remember it is just 2.7mm across (NB We’ve had to compress the digitisations team’s photos for the blog.)

So how did someone find such a tiny object buried within heavy Gloucestershire clay? The bead was found in a ditch, which contained a small (but visible) quantity of pottery, animal bone and charcoal. We routinely take soil samples for environmental analysis from likely looking features – usually those containing charcoal. Depending on the feature’s size and significance, somewhere between 10 and 40 litres of soil are collected up into white sample tubs. Back in the office the samples are processed in a flotation tank to separate out the charcoal, seeds, grain and other light objects. Both the flot (light material) and remaining residue are then manually sorted through. It was here that the bead was found.

Miniature finds don’t normally turn up in environmental samples, but it’s an added bonus when it does occasionally happen. There are a few cases where we do take bulk soil samples to catch tiny objects, as well as plant remains – namely cremations and microlith flint scatters. Both involve tiny bone fragments or flint flakes that provide valuable information, but are liable to be partially missed on site. In this case though, we were just lucky that the bead happened to end up in a sample tub. 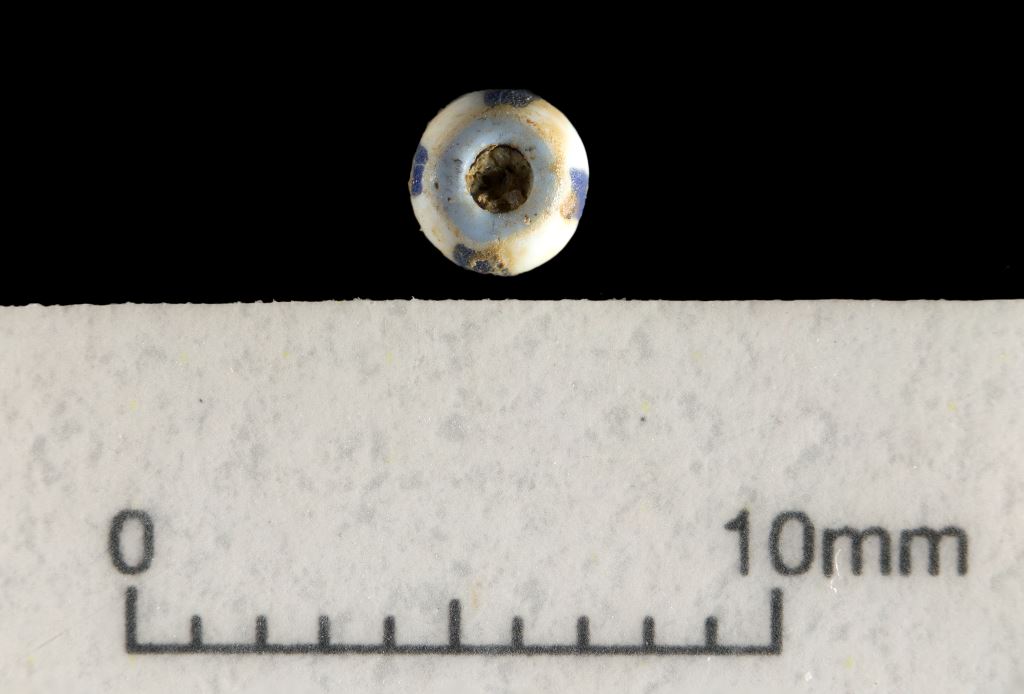 We are fairly confident that the glass bead is Roman, due to its appearance and Roman pottery found in the ditch. A single prehistoric flint flake and Late Bronze Age pot sherd were also found in the ditch, but these are residual finds from earlier activity. This small Roman ditch seemingly lies within a rural agricultural settlement, near to an area of occupation. The bead is unlikely to have moved far from where it was lost and its owner’s home and workplace seems the most likely location to have lost or discarded it.

Who owned the bead? What was it part of? Was it a treasured possession or everyday item? As is often the case, this tiny bead throws up more questions than it answers.

2 responses to “Find of the Month – February”