Historically, academia was seen as an exclusively male endeavour, and when a few talented women did find a way in their contributions were often overlooked. For our Lost Landscapes project, investigating the Ice Age in Worcestershire, we’ve been delving deep into the antiquarian beginnings of archaeology, geology and natural history. The more we look, the more we realise how much we owe to the efforts of extraordinary women who — despite the constraints of their times — shaped our understanding of the deep history of our landscape. Frequently denied access and accreditation within their fields, they nonetheless persevered. With the help of students and volunteers, we’re working to uncover their stories ahead of our Ice Age exhibitions this summer.

One of the earliest and most significant contributors in the mid-19th century was Catherine Strickland. University of Worcester History student Priya Lagaha has been helping us to research her life; the daughter of renowned naturalist William Jardine, she was a wonderfully talented illustrator whose artistic ability offered her an entry into scientific research, as illustration was perceived to be an appropriately feminine pursuit. She illustrated her husband Hugh’s works: her illustrations of the Dodo were acclaimed as a major contribution to the field. 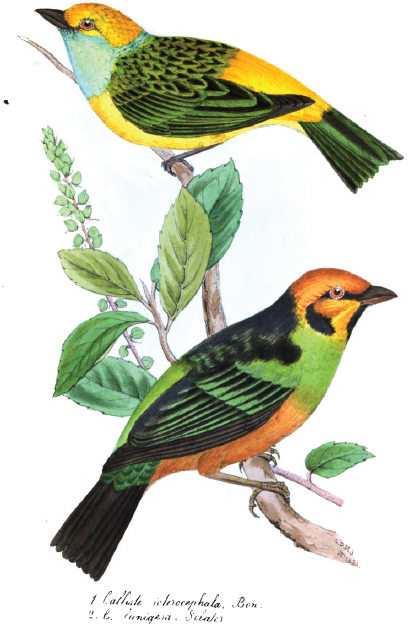 But she was not just an illustrator. Hugh Strickland was struck by a train and killed in 1853, aged just 42, leaving a vast collection of specimens and a mass of unfinished research. Catherine was tireless in her efforts to catalogue, prepare, and publish their work. She was not a woman to be trifled with: having initially donated her husband’s collection of birds to the University Museum in Oxford, she seems to have been so dissatisfied with their efforts to display them that she withdrew the lot. She then personally oversaw their installation in the new Museum of Comparative Zoology at the University of Cambridge; they arrived in 1868, and remain there to this day. She compiled an exhaustive catalogue of every one of the 5802 specimens. Priya explains that:

“Catherine Strickland was insistent that the works of her husband be ‘open for scientific consultation’ and an ‘aid to professed naturalists’ indicating her passion for the progression of the field. Had she not have been so determined, the works may not have been displayed with such importance and may have failed to inspire others to research further. Catherine stood as an advocate for the progression of scientific knowledge – without whom many of these findings may not have been appropriately valued. Along with her father, Catherine carried on her husband’s work, Ornithological Synonyms, after his death. In addition to this, she made the majority of the changes to her late husband’s Rules of Zoological Nomenclature. “

Despite her extraordinary ability, as a woman she was excluded from membership of the learned societies of the day. However, it is clear that she remained a driving force within natural history circles in this part of the world, hosting meetings within her home, as Priya describes:

“Mrs Strickland held a meeting for the Malvern Naturalists’ Field Club in 1867 where Reverend Brodie delivered a speech on Mr Strickland’s fossil mammalian bones. This is significant as, despite her involvement within her husband’s works, she herself did not deliver the speech. However, her hosting of the meeting is indicative of her continued input into the field and support for the progression of science.”

Catherine Strickland was not alone. One influential contemporary who had an impact on Worcestershire was Miss Anne Phillips – she was the first person to correctly decipher and prove the relative age of the Malvern Hills with her discovery of the legendary ‘Miss Phillips’ Conglomerate’, as documented in this Trowelblazers post. Anne is also thought to be the author behind much of the popular 19th century Guide to Geology.

We are also investigating the story of Dr Mabel Tomlinson, whose postgraduate research — undertaken in the 1920s and 30s alongside her teaching career — mapped the Ice Age gravel terraces of the River Avon in Warwickshire and South Worcestershire, as well as publishing the discovery of some impressive mammoth remains within the Vale of Evesham. Her influence was profound: not only was she a hugely significant geologist, but she taught a generation of geologists who have gone on to become leading figures in their field. She, too, is featured in a Trowelblazers post.

However, there’s still a lot we’ve got to learn about these heroines of scientific research into Worcestershire’s past. There are plenty more stories we’d love to trace, too: Miss CNS ‘Nancy’ Smith – who compiled an influential catalogue of prehistoric artefacts from Worcestershire and directed excavations in Broadway in the 1930s – and Blanche, Countess of Coventry, who compiled a geological collection, including reindeer antlers from Defford. Do you have any information about any of the women mentioned? If so, we’d love to hear from you. If you’re interested in helping us to research these pioneers, you can find out more here.

For more information on the Lost Landscapes project, visit iceageworcestershire.com.

With thanks to Priya Lagaha, Thomas Holland, and Peter Oliver for their help in researching these stories.

You can read more about the life of Catherine Strickland at: