Find of the Month – April

Bone ice skates? Yes, these really were a thing in medieval times.

During a small monitoring project undertaken last month in a Worcestershire village, a worked bone turned up in a medieval pit. It looks suspiciously like an ice skate. Or at least one in progress. Helpfully for us, a selection of 12th to 14th century pot sherds were also dumped in the pit with the bone, meaning that it’s most likely to be early medieval in date. 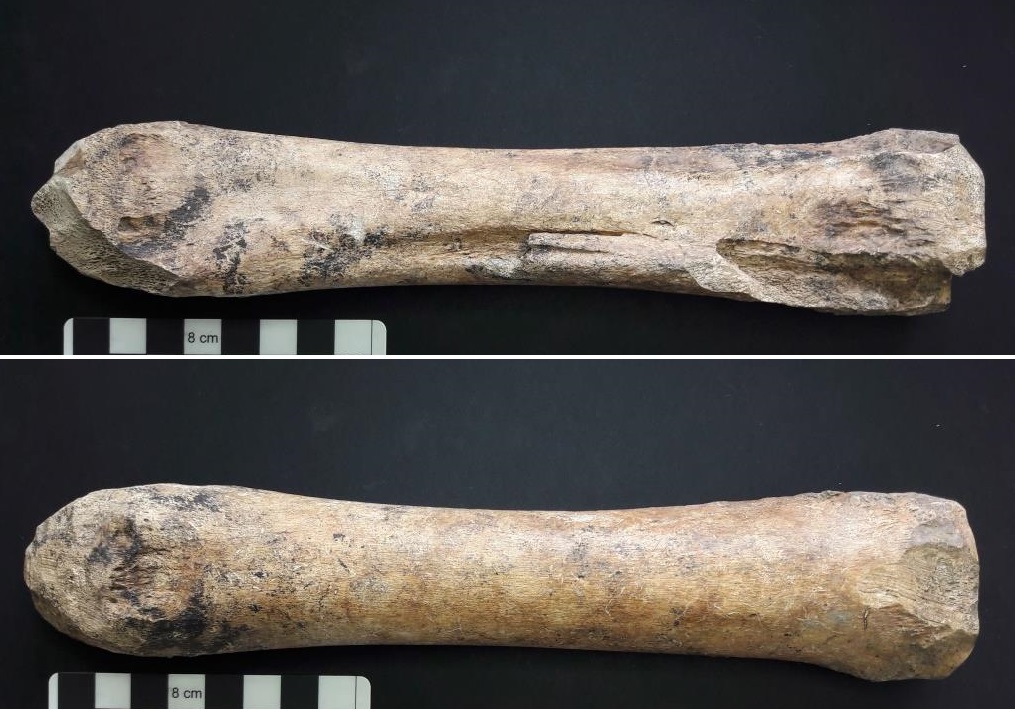 Both ends of the bone, which appears to be a small cattle radius (lower foreleg), have been roughly worked to make it a smoother shape with one rounded end. Bone ice skates become polished from wear and typically have a hole drilled through one or both ends for attaching straps. Several have been found from medieval London and York, and two were also discovered in Worcester during the Deansway excavation.

The so called ‘Little Ice Age’ meant that European winters were colder on average than today for much of the medieval period, with rivers more frequently freezing over. Bone ice skates were a cheap and easy way to get around if you lived by a frozen stream or river. Although the bone skates in Britain are mostly medieval in date, 5000 year old bone ice skates have been found in Finland. Somewhere that cold, skating considerably reduces the effort required to travel. But it’s not just practical – ice skating is good fun too.

This bone hasn’t been drilled through and shows no signs of wear. Maybe it had another use, such as a weaving sword or batten for pushing threads together on the loom – these are usually much thinner and longer though. Perhaps it is the beginning of an ice skate that was never quite finished. Given our fickle British weather, the ice may have melted sooner than expected and the then redundant, half-formed skate was thrown into a rubbish pit. A half-finished project – we all have one (or several) of those.

3 responses to “Find of the Month – April”